What happens when aliens invade and steal someone’s beloved pet? It’s time to strike back of course! Super Crush KO is an adorably gorgeous indie title well on its way to being one of the most aesthetically pleasing, in addition to having some fantastic gameplay to boot. This title from the minds behind Graceful Explosion Machine dive into a brand new genre of gameplay eye-popping results full of color, wonder, a cute alien and lots of robots to beat up along the way.

The simple story of Super Crush KO follows the heroine Karen, who on a calm afternoon hears a rumbling. Her wall blasts open, revealing an adorable alien leader with a robot army following behind her. She kidnaps Karen’s pet cat Chubbz and seeing the chaos that has begun, Karen heads out to get her cat back and likely save the world too. The stylistic choice of Super Crush KO is reminiscent of the early ’90s in its pastel color choice and heroine that looks straight out of Sailor Moon. It’s extremely charming to look at and all the colors pop just the right amount in the wonderfully-decorated world filled with enemies waiting for a beat down. 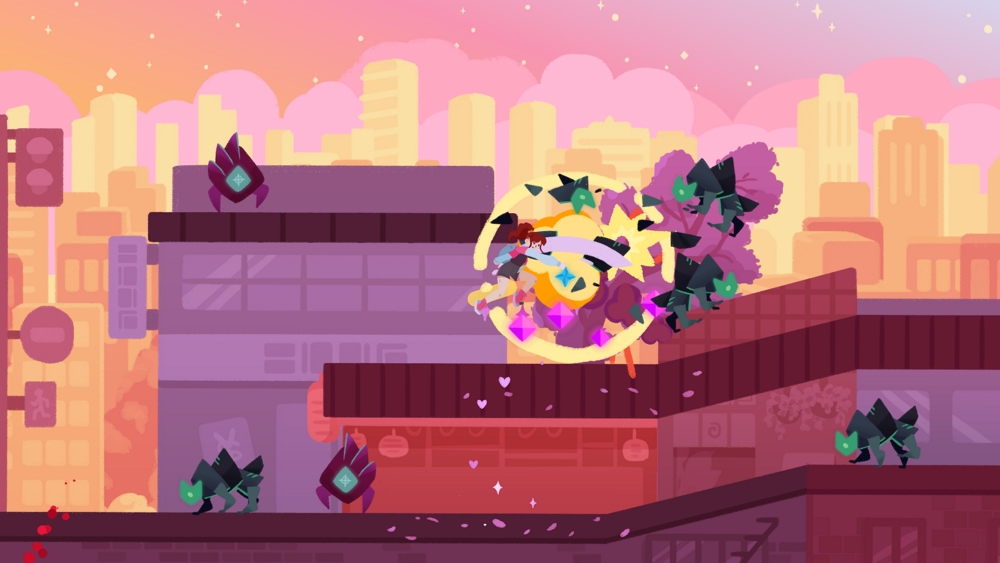 Super Crush KO is easy to sum up as a simple mix of beat ’em up platforming. Except this one has fantastic combat unlike any other that feels amazing. Karen has two main weapons at her disposal: her body for kicking or punching and a gun. These are the two main ways she blasts through the robot enemies she’s faced with. Along the way she gains four more abilities through the power of delicious food, which are easily executed by aiming in any one of four directions. Combat is extremely smooth and beating up enemies feels satisfying, making for the perfect kind of combat brawler fans are looking for.

Each stage has multiple segments that Karen must overcome, with areas being blocked off with enemies needing to be defeated. Once defeated she’s able to move on further, and will stumble across mini bosses and even bigger enemies along the way. The end of each stage grades the player on how well they’ve done, and if they do well enough they’ll get the S+ rank across the board, assuming they can play their very best. Although it’s unknown at this time if getting S+ rank will unlock more, it’s easy to say it’s a challenge that will be nice to see accomplished. 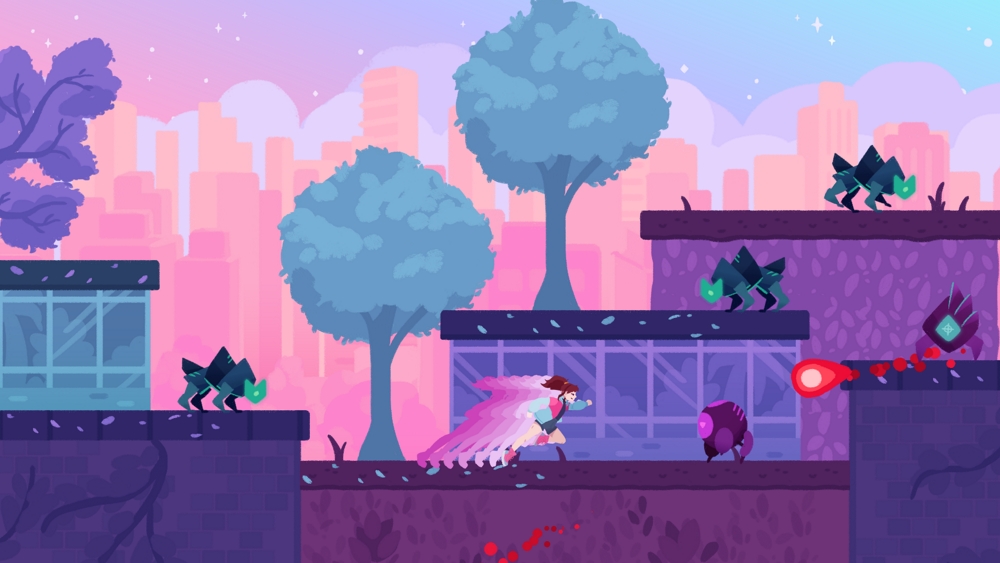 There’s a lot of charm and a lot of heart in Super Crush KO from its adorable art style to combat that just feels like the perfect mix of platforming and brawling enemies. The story is simple, but the world is gorgeous and draws in players who have been missing this unique aesthetic that has been slowly making a comeback over recent years. Hopefully we continue to learn even more about the fantastical world of Super Crush KO and prepare for its launch in 2020 for Switch and PC.