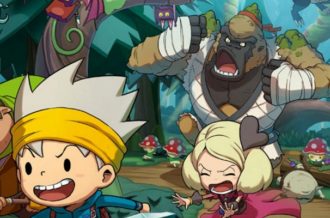 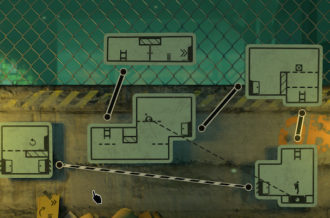 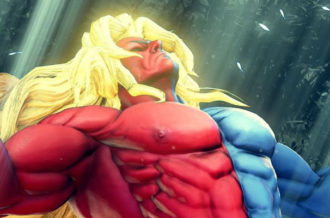 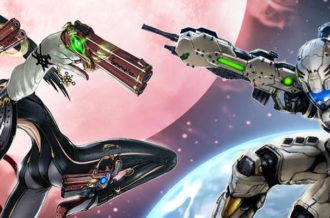 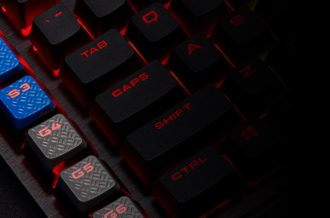 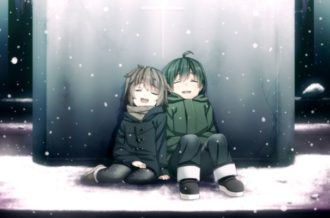 Review: Bokuten – Why I Became an Angel 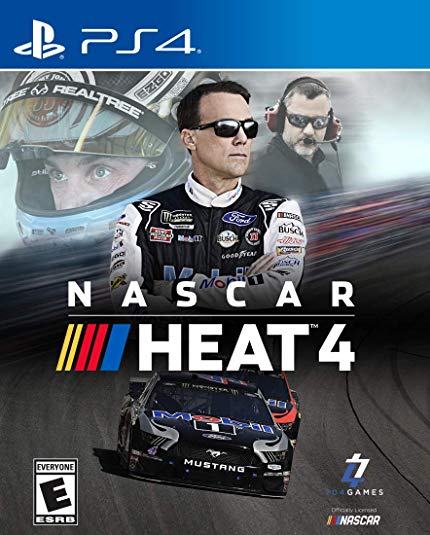 While Monster Games and 704Games have offered a viable NASCAR gaming experience with its NASCAR Heat series, it seemed to sit towards the back when it came with keeping up with other racing series. NASCAR Heat 4 is the latest iteration in the series and what it brings to the table for NASCAR fans is quite the leap. It’s hard to argue if there has ever been a racing game to so properly replicate the sport. Sure, Codemasters’ F1 series does an excellent job but playing NASCAR Heat 4 will show you just how exciting the sport is.

Last year, the NASCAR Heat series made the dive into eSports but the series still had some issues with gameplay. 704Games teamed up with the Motorsport Network to solidify the NASCAR license until 2029. It’s safe to say that Monster Games has done an excellent job with not only making the gameplay viable for eSports, it makes NASCAR Heat 4 feel like a true stock car racing game. The physics of the cars now allow for the tail end to slide out as a quick tuning option allows for an easy setup of focusing on tight or loose handling. Loose handling can provide a faster car but it all depends on the track. Tires lose grip and the handling disappears over time. If the tires go too much, you’ll find yourself spinning out. Different tracks attract different styles as super speedways focus on laying the gas down and drafting, while tri-ovals focus on throttle management and working the pack. Short tracks involve heavy breaking and road courses involve precise driving.

The cars in NASCAR Heat 4 truly feel like you’re piloting a nearly 4,000 pound car. Using a Logitech G29 steering wheel is the absolute best way to get the full experience. You will find yourself running lap after lap in practice just to beat the goal time. Each track feels different and the better paved tracks are an easier experience. Go to a bumpy track like Las Vegas and not only will you feel every bump, but the car loses stability as it’s hopping along the asphalt. Force feedback, even at default, is tremendously responsive. This game can be an arm workout when using a wheel. 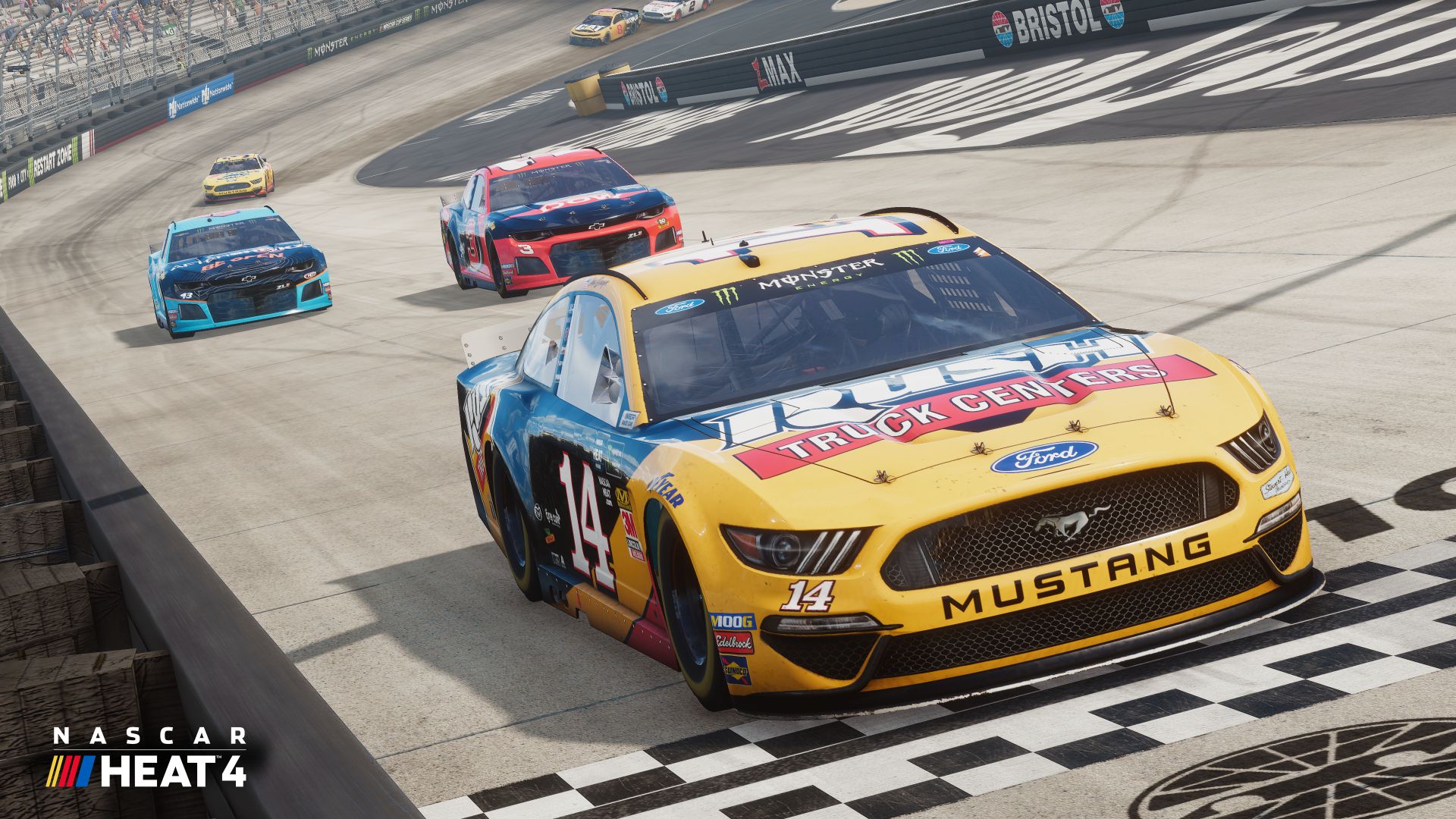 The best way to say that NASCAR Heat 4 very well replicates the NASCAR experience is that everything you hear an analyst talk about during a broadcast is here. Different types of racing exists and depending on the track, cars will be bunched up or create space over time. Grinding twenty laps to run down the car in front of you is extremely rewarding. Finding the best line and drafting as you work to gain a spot is fantastic. Tire strategy can also make or break a race and this goes in line with just how well the AI is in the game. If you pit later or take four tires, you have the potential of lasting longer and running faster lap times.

As for the AI, this is some of the best AI I’ve seen in a racing game. It isn’t perfect, but the fact that the AI finally realizes you’re on the track and doesn’t try to wreck you is important. In the Career Mode, if you anger opposing drivers, they will gun for you and take you out. The AI doesn’t follow a single line as it will stagger and use track awareness. If a car is faster and bumps you in the back, that is simply an aspect of stock car racing as it provides a push. If you spin out on the track, the AI will actively try to avoid the wreck. It also takes into account pit strategy and you will see AI cars racing each other and going for passes. It’s cool to have the AI come up behind you and try to pass for multiple laps as you look over at them going side by side. The only real issues I have seen with the AI is that the breaking point in corners can be a bit questionable and lapped cars don’t necessarily sense the leaders. These are all things that could be patched. 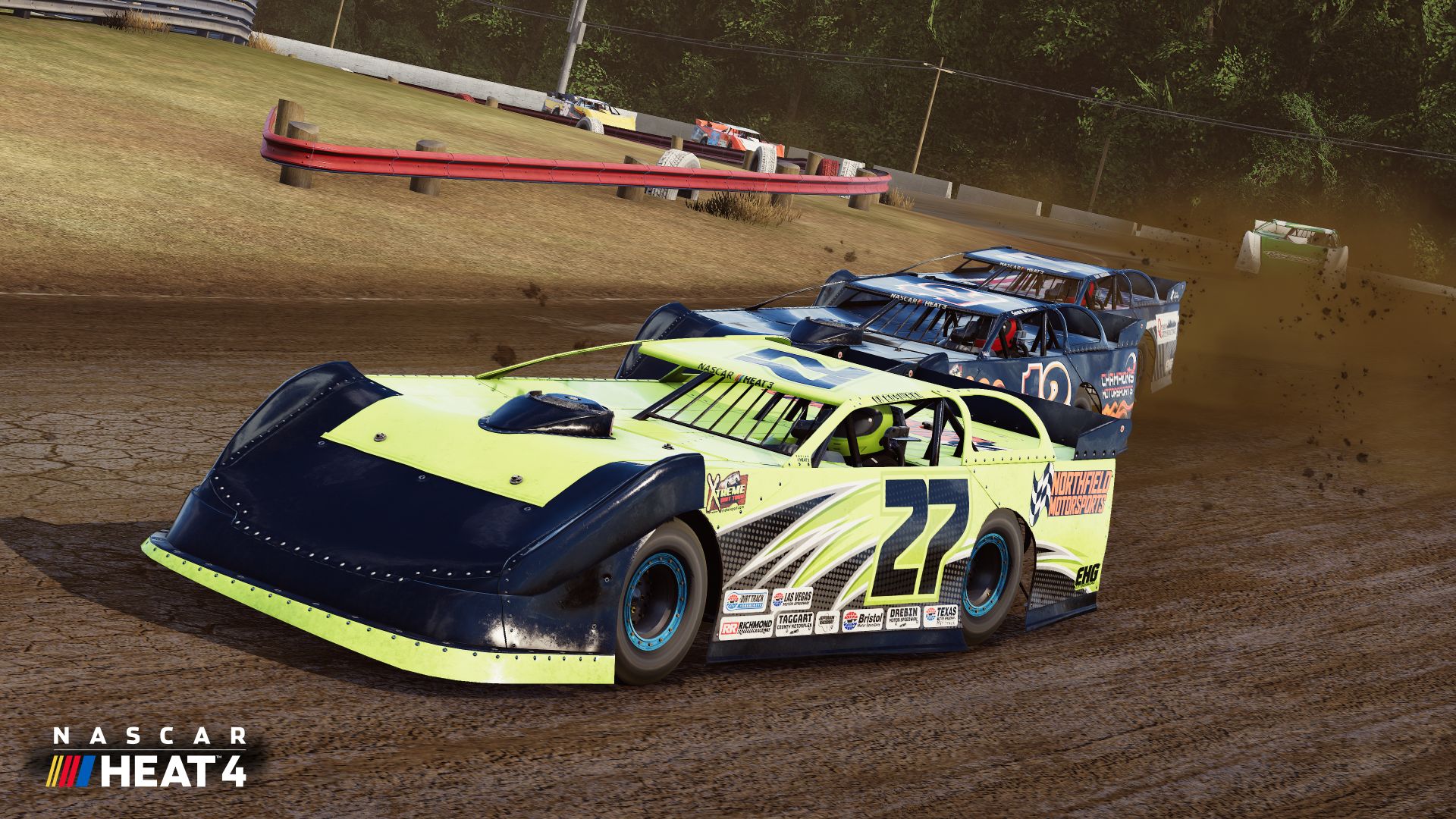 Last year’s title felt a bit behind in terms of visuals in comparison with other racing games. Monster Games has rectified that this year as the game provides different graphical options if you have a PS4 Pro or Xbox One. Players can choose quality or performance in the settings and with quality on, the game truly pops. There are still jaggies in the distance, but the game renders the distance so much better this year. The colors and reflections from the cars really pop out and there are more details on the track when using the quality option. As for performance, the graphical fidelity doesn’t take much of a hit, but the frame rate gets a good boost. There still seems to be a hiccup at times in either mode that can throw you off your focus. The lighting is still good in Heat 4 especially in night races, but racing at Iowa Speedway during daylight was a pretty sight. The game even includes day-to-night transitions that help with immersion.

Monster Games and 704Games thought outside the box with its Career Mode last year and introduced dirt racing to the game and it returns this year with Tony Stewart. Dirt racing is an absolute joy and a great change of pace. The game includes nine dirt tracks that include four real tracks (Eldora, Charlotte, Las Vegas, Texas), two tracks that have been changed to dirt (Bristol, Richmond) and three fantasy tracks. Any car from the top three series can run at any of those series’ track and one thing that is prevalent in Heat 4 are road courses. Tracks like Road America, Mid-Ohio and Watkins Glen are all here to test your might. 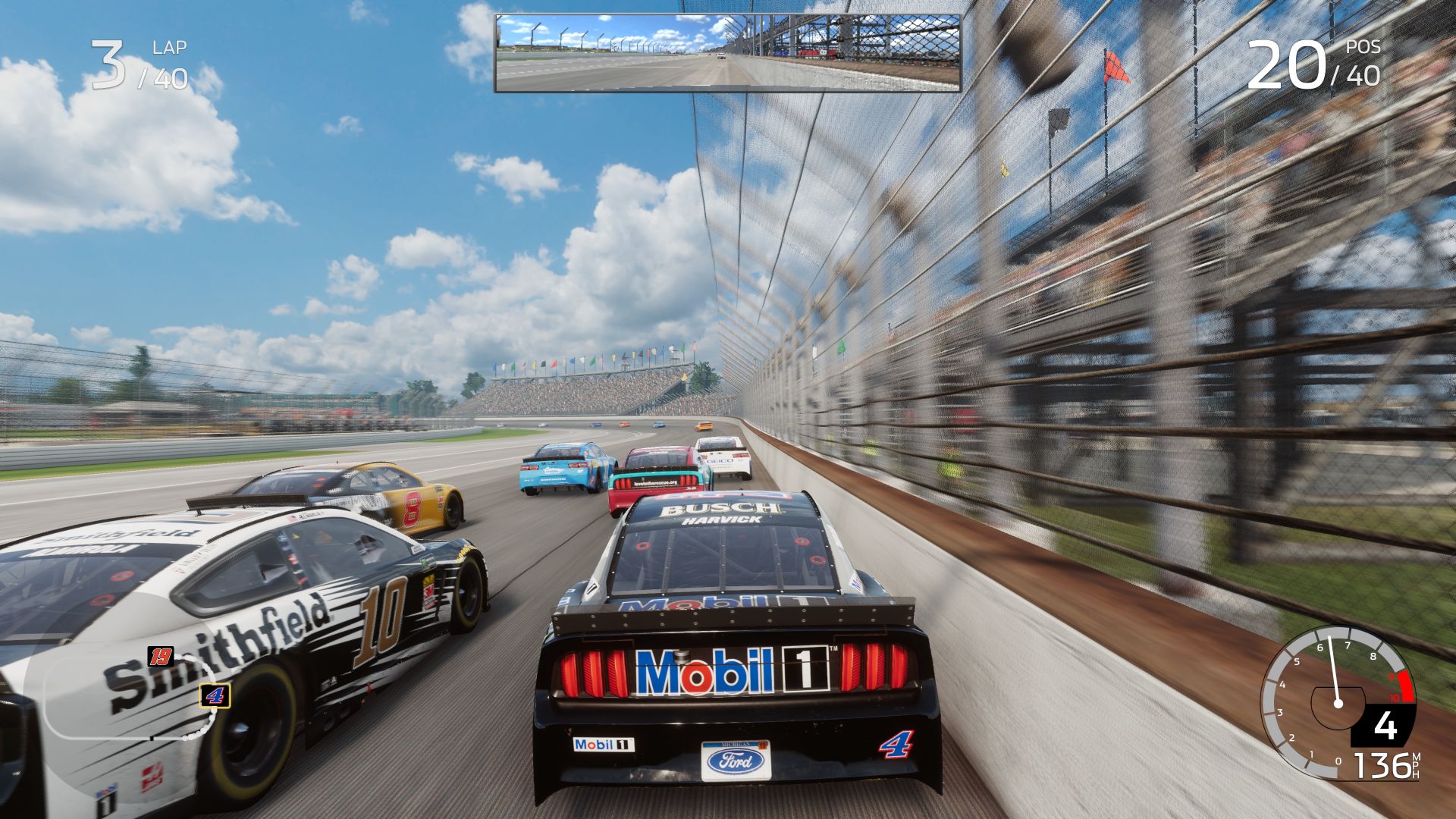 Career Mode allows you to either be a driver or owner and start at any series you would like. If you just want to drive and start at the top Monster Energy Cup, you’re going to be offered a back marker car and have to grind to get noticed for better teams. If you want the full experience, being an owner is the way to go. Money that is won in races goes towards upgrading equipment and eventually you can buy more cars. Players have the option to either create a car or take a seat in a current ride. Each pre-race includes commentary and a short summary of how things went. Cars can fail pre-race inspection and have mechanical failures during the race. All of these things further add to that true NASCAR experience.

With the jump into eSports, NASCAR Heat 4 welcome the NASCAR World Challenge. Players can qualify and race with a chance of advancing. Unfortunately, these rooms were empty when I tried to go in. The main lobby was not. Players can create private or public rooms and the online experience ran well with no hiccups. Racing with casual players is a pain as they try to wreck you and break the draft, but a serious group can be fun. The game also includes split screen racing so there are solid options here for multiplayer. The sound of the cars is another aspect that is replicated so well. These monsters roar around the track as a spotter will talk into your ear to let you know what’s near by. The soundtrack consists of a lot of radio rock that is in line with NASCAR for better or worse. Making contact with a car also sounds authentic as it’s straight metal on metal. 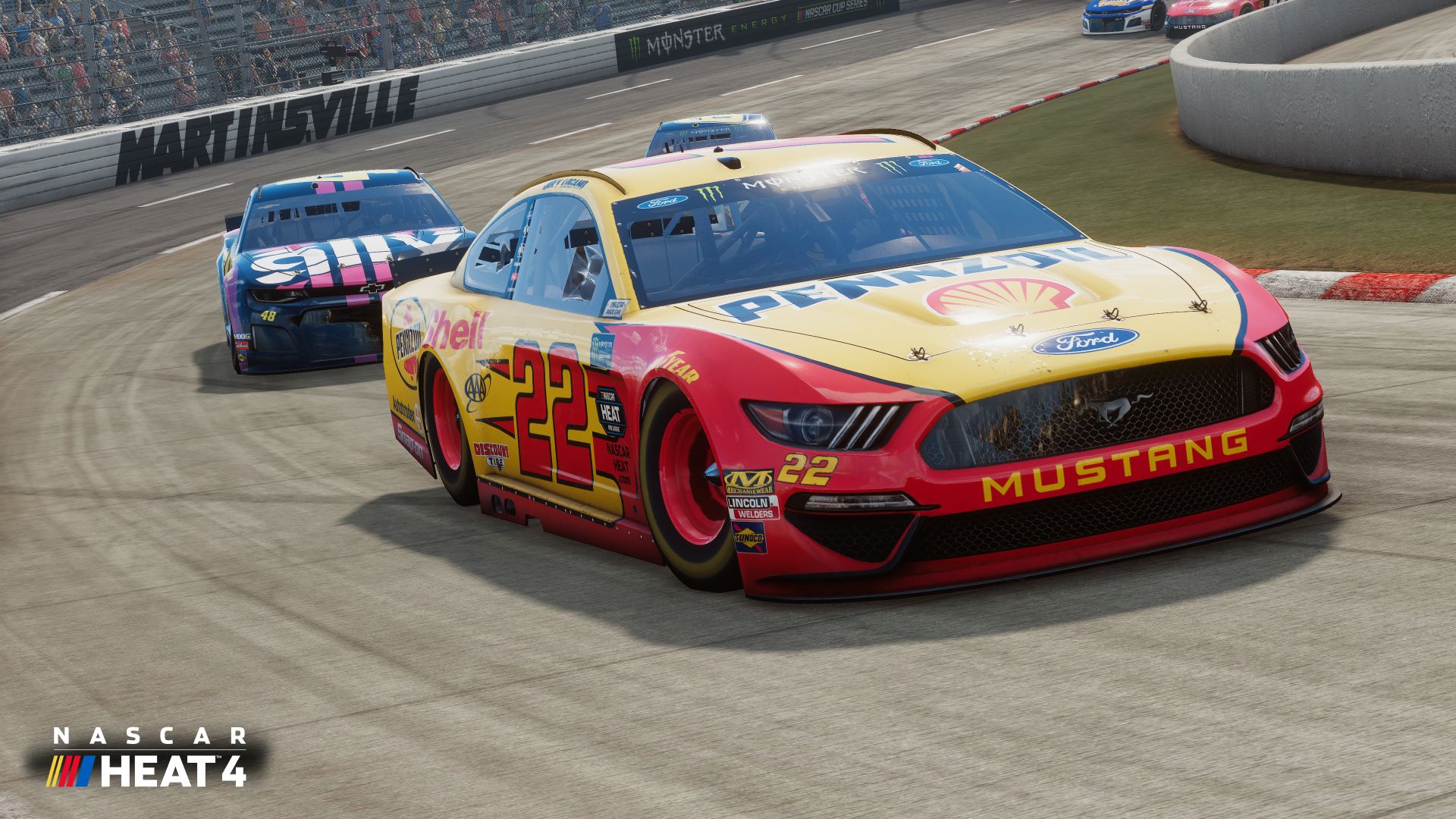 NASCAR Heat 4 gets it right with properly replicating NASCAR and the racing is the best the series has seen. The AI does a wonderful job of not ruining the experience and is a better opponent than people online. The Career Mode continues to be deep. About the only knock the game has is that there is no major new mode but the advancements are enough. You won’t be worrying about that when you’re racing. I feel the dedication to eSports brought upon this upgrade of on-track action and the visuals get the necessary jump to be considered a major player in racing games. NASCAR fans should absolutely pick up NASCAR Heat 4.