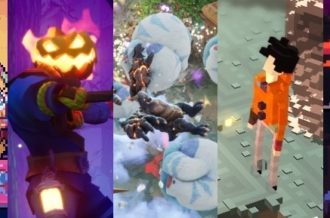 Screenshot Saturday Featuring There Is No Light, GigaBash, More 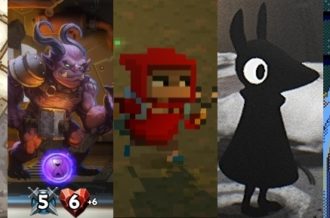 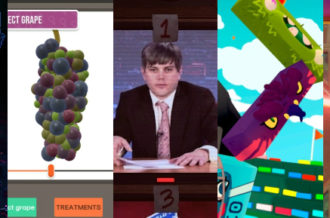 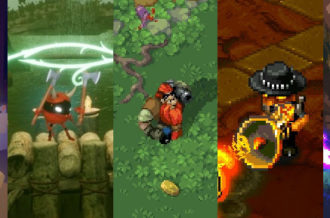 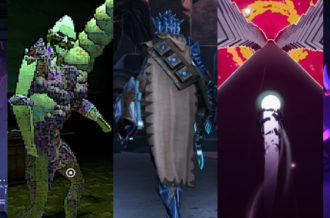 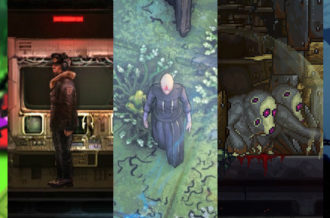 Another weekend, another edition of Screenshot Saturday, another chance for developers to show off more of their projects and how they’re progressing with the #screenshotsaturday tag, another edition gathering up tweets with said tag featuring promising games…sorry if I seem a bit beat again, but aside from being smack dab in the middle of a massive crop of sudden releases to cover, including Apple Arcade next week, the k-pop videos/GIFs, blatant advertisements, and unrelated social posts in general have been misusing/abusing the tag again, so I decided to try reporting a lot of those tweets, which made things harder to get through. Still, we soldier on, so let’s get right to the impressive crop of games we have to showcase this time around…

Damnview: Built From Nothing- Some might not see this as the most exciting screenshot from a sandbox game about the harsh realities of attempting to build a life in an urban city (that just happens to star anthropomorphic animals), but aside from being an impressive and detailed shot of a grimy trailer park landscape, the real news here is actually Brainwash’s reapparance and updates linked there (complete with new games), after scandals involving their publisher Sindiecate surfaced this year. So since their ambitious sim deserves the limelight after all of that, allow them to be placed up front in order to kick things off today!

Savior- There are several reasons to back an impressive-looking action-platformer such as this on Kickstarter. The pixel art is amazing, the gameplay looks fast and fun, the story and characters seem interesting…but a world where people drop from the sky ass-first? Damn straight that deserves your money.

Bloodroots- Given the countless other weapons this insane action game has showcased, from ladders to fish and carrots, a mere bow and arrow seems bit tame in comparison. But leave it to expertly-designed, lightning fast combat to still make it look as badass as humanly possible, as you breeze through several goons on a quest for revenge.

Asher’s Descent- Well, last week this feature saw our first showcase for a game where the challenge was in climbing up dangerous cliffs, and now by sheer coincidence, we have a game where the goal is to climb DOWN the dangerous cliffs. And while this particular shot doesn’t showcase the pulse-pounding action set to appear in the final game, it does show that the mountain that you’ll be descending is still a wondrous sight to look at.

R47: Hey, is that count as an assist?#screenshotsaturday #madewithunity #gamedev pic.twitter.com/GZiIV4N2fb

Super Buckyball Tournament- Whenever anyone asks why I prefer less realistic and more non-traditional, typically arcade sports games over the like of 2K and EA’s stuff, the main answer is that aside from those games suffering from having to be made by 2K and EA, titles such as those can’t match the level of insanity and fun that cyberpunk soccer-style games such as this can accomplish in ten seconds.

Here are some spells, specifically the sword buffered with the electric element and also the use of the thunder spell.. Release the power and use it to destroy as many enemies as possible. #screenshotsaturday #madewithunity #pixelart #indiegame #gothic #thelastfaith #indiedev pic.twitter.com/g77tYrFXGv

The Last Faith- Well, we’ve already had one dark metroidvania game this past week with Blasphemous, but now it’s time to start preparing for another one. And a good place to start is getting used to some of the game’s combat, which looks quite satisfying so far. That thunder does indeed look like it makes quite the satisfying impact…

This #screenshotsaturday is special why #LordsOfExile will soon be in #Kickstarter, I have not been able to contain the desire of showing you a micro-video of real gameplay feel

MUSIC and SFX are placeholders!❗️

Lords of Exile- But while metroidvania games are always welcome, we are admittedly lacking in games that resemble the more traditional, NES-era Castlevania games. So this right here is certainly a welcome sight, nailing down the graphics quite well while appearing to set up some satisfying boss battles. Can’t wait for the Kickstarter campaign!

Hello #screenshotsaturday! We've worked on a new trailer this week for The Slormancer since our Steam page went live yesterday!

The Slormancer- One of those moments where the Screenshot Saturday entry is a full trailer, but certainly one still worth checking out. Massive amounts of unique and powerful attacks plus gigantic hordes of skeleton warriors certainly seems to make for one impressive dungeon crawler so far, so it should be interesting to see this game develop even further.

Grimm’s Hollow- It may only be a small freeware RPG (for now), but thanks to intriguing setup about an unlikely reaper named Lavender and a ton of charm oozing out of every bit of its style, it’s easy to still root for a small project such as this to receive a lot of love.

MAXIMUM Action- When making an old-school FPS game inspired by Hong Kong action films, damn straight you’re going to want to cram as much destruction possible into even a lone pair of screenshots. You do also have to love how perfectly those explosions and gunfire illuminate things.

In GLITCHED you can raise bird creatures called Bebos and just have a swell time hangin' with them. I have been spending way too many development hours on these birds because an RPG is only as good as its monster raising side content. #screenshotsaturday #rpg #bird #birb #borb pic.twitter.com/sZw5zPc616

Glitched- Well, normally I would disagree when it comes to an RPG being as good as the monster-raising mini-games that it contains…but damn, are those some cool-looking bird creatures that you can raise. So if this RPG can nail THAT part down perfectly, then one can only assume how good the rest of it must be…

Ninja Chowdown- Indeed, when fine-tuning the gameplay for anything you’re working on, “Will this be cool?” should be the first question you ask when it comes to any new additions. Case in point, adding slow motion to a runner starring a portly ninja simply because of coolness has clearly improved it. It’s just basic logic, people.