Dragon Quest XI S: Definitive Edition is coming to the Switch after years of high marks on PC and PS4, and alongside it will be the first three Dragon Quest adventures. The first Dragon Quest was the stuff of legend in Japan and led to a huge rush in popularity for we now know as JRPGs. The series pioneered many things, like turn-based battles that people would later grow to love with franchises like Final Fantasy. The first two entries hit the NES as Dragon Warrior I and II respectively, while the third was a SNES game that never got an official English release on console.

All three games have received mobile ports and it appears that these will be the versions used as the basis for the Switch games. This means that you will get pixel art for the backgrounds and characters get more high-resolution drawings that are either unmodified for battles or made to resemble sprite art for the overworld. The text has also been changed from what was originally used to a more generic Arial-style font that is easier to read across all kinds of devices. These three Dragon Quest games, alongside Dragon Quest XI, will hit the Switch on September 27, Dragon Quest will be released for $4.99, with the second entry costing $6.49, and the third setting you back $12.49. 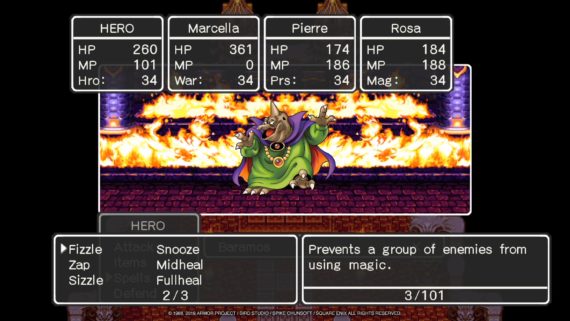