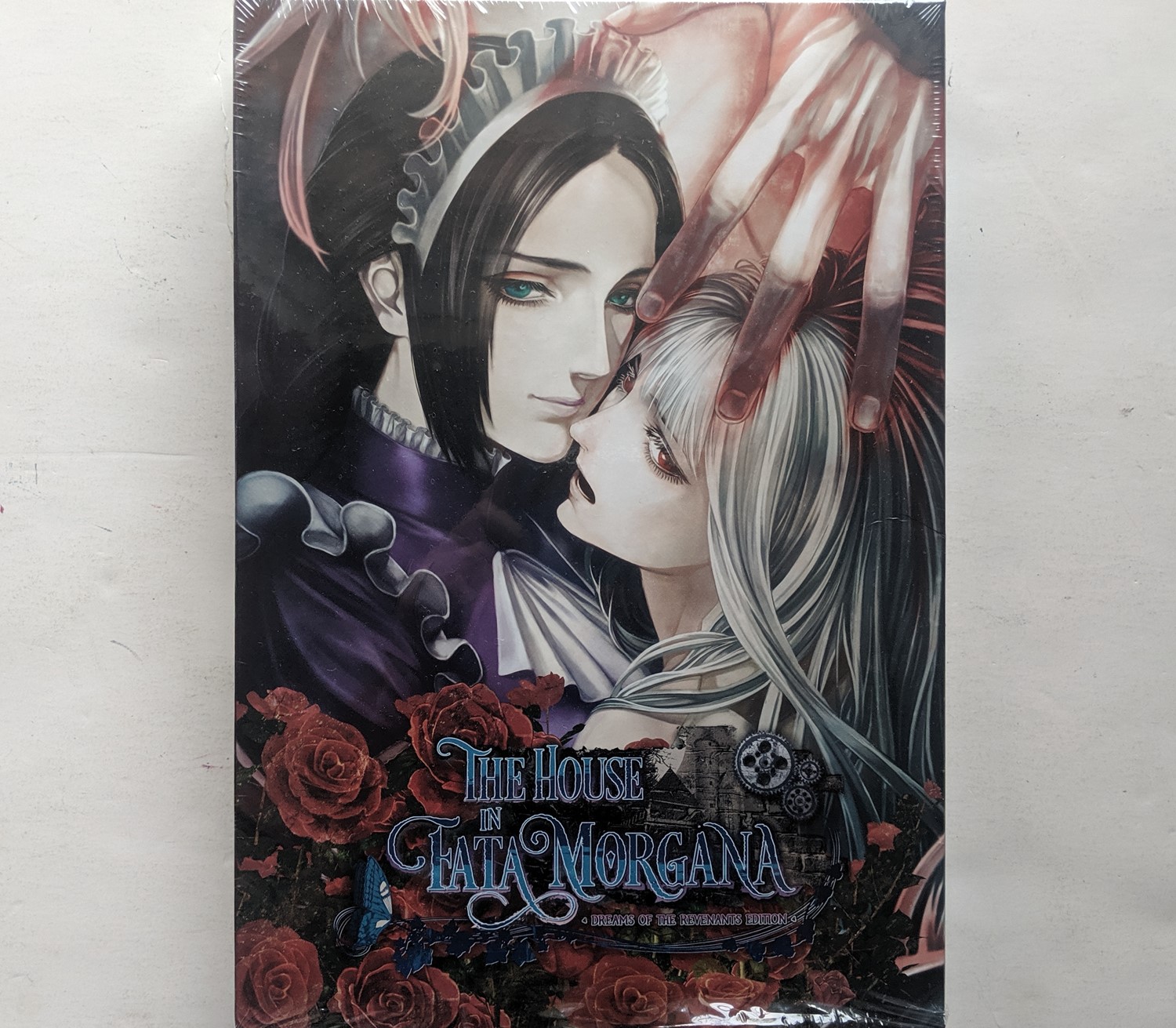 The House in Fata Morgana is not your typical visual novel. Instead of focusing on high school kids living their daily lives or young adults with magical powers, it provides a completely different, dark tale. It has become one of the most beloved visual novels available in English since its release in 2016. As a result, the Limited Run Games release of the game in May 2019 was a huge deal to many people. This was not just another game to order to keep up your Limited Run Games collection. This was, in fact, many people’s first title from the company. It sold out quickly in all formats — PS Vita Standard Edition, PS4 Standard Edition, PS4 Collector’s Edition and PS Vita Collector’s Edition.

The House in Fata Morgana Collector’s Edition for PS4 is practically identical to the PS Vita version, aside from the version of the game included within. Both come in a PC big box-style cardboard casing. The front features the enigmatic key artwork for the game, with the back of the box much simpler and just featuring some text and an image of a butterfly. Opening up the box reveals a thin black cardboard shell which keeps the items divided within the box. As always, the Limited Run Games shipping box includes a card for the game which is not inside the actual sealed game. This is card #448. 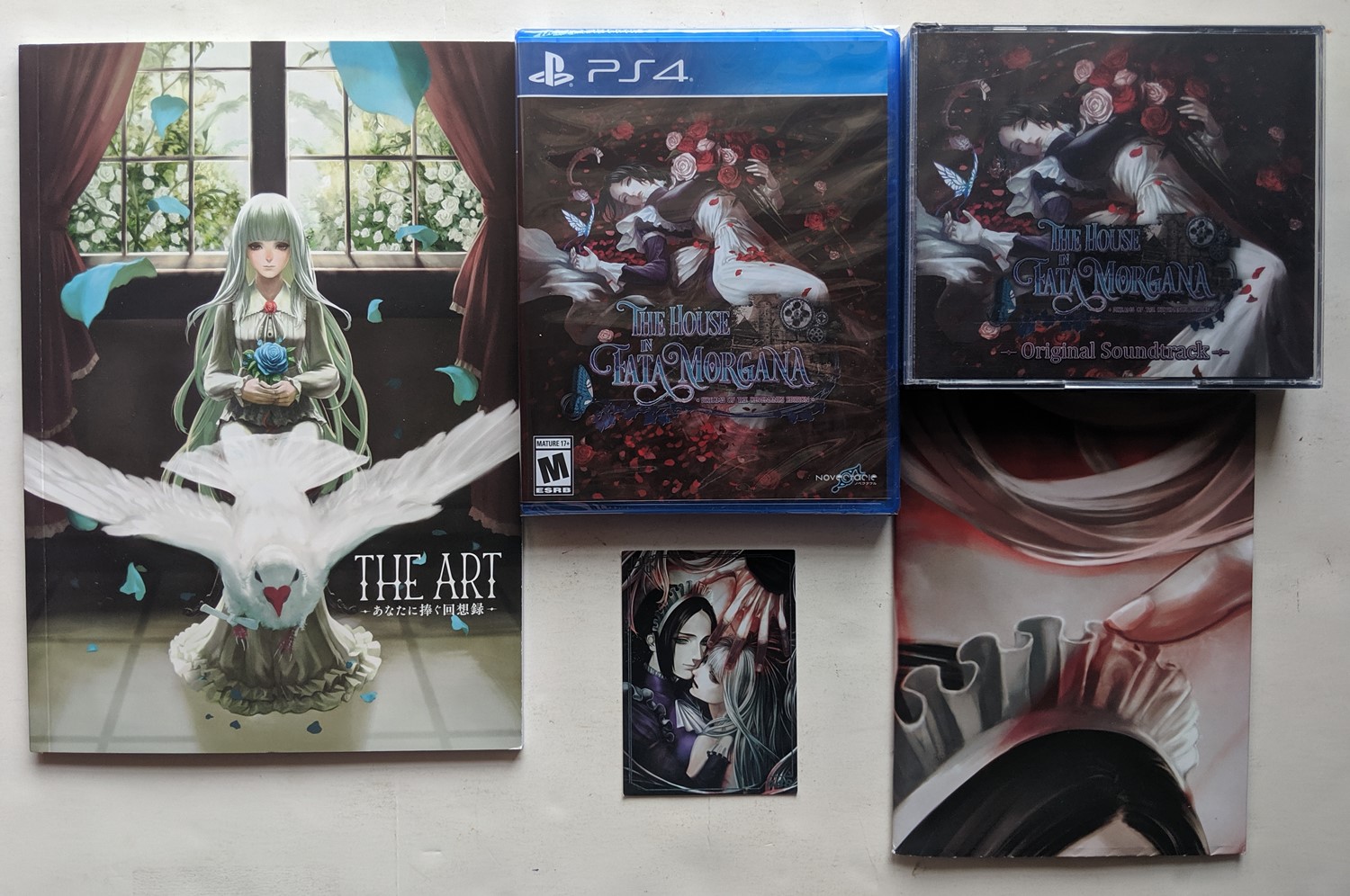 Included in the box are a PS4 copy of The House in Fata Morgana, an 18 x 24 inch poster, soundtrack CD collection and an artbook. The game is of course issued in standard PS4 packaging and sealed. This is Limited Run #259. The poster is provided on standard, not glossy, poster paper. It is double sided, featuring the key art from the original game on one side and the other featuring A Requiem for Innocence art. The sad thing about this poster as that it comes firmly folded up. Those creases aren’t likely to ever go away if you decide to display the poster. It’s a shame that the edition couldn’t have been upgraded with a cloth poster instead.

The six disc soundtrack is housed in a large jewel case and provides a comprehensive collection of the game’s music. It is also not the same pressing of the soundtrack release that Japan received for The House in Fata Morgana. Those who don’t want to open this up can obtain the soundtrack digitally via Steam or even stream it on Spotify. Regardless of how you listen to it, the soundtrack is worth appreciating on its own. That can’t be said for all visual novels. 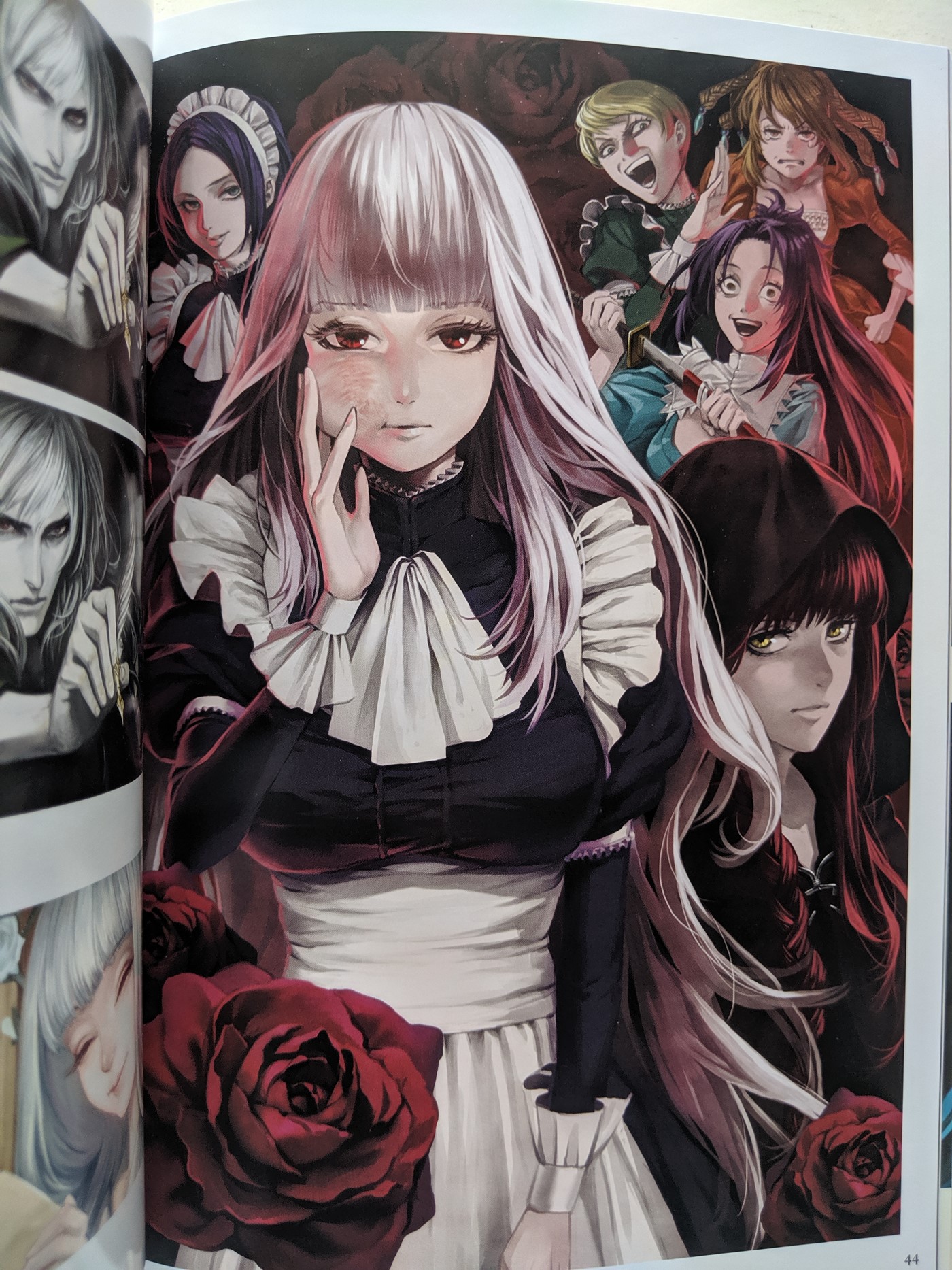 Finally, there’s the included softcover artbook. It’s a little over sixty pages long and 10 x 7 inches in size. The pages are high quality and feature color artwork. As is usually the case with artbooks, there are also a fair bit of spoilers contained within it. Most of the art is not of the sketch or character description variety. Instead, it features a great deal of painted artwork which looks impressive and would all make for good posters on their own. Funnily enough there is even an image for the Rose & Camellia & Fatamorgana Flash fighting game from NIGORO where The House in Fata Morgana characters slap each other.

All in all, this is a nice but rather expected collector’s edition. Any versions of the game from Limited Run Games are sold out. The only way you’re likely to find a copy now is on the second hand market. While the Collector’s Edition only retailed for $84.99, the market on eBay is seeing copies sell for $130 minimum. It’s a shame that Limited Run Games titles often end up clearly being sold by scalpers, but if nothing has been done to address it thus far then this likely will continue to happen.