Puzzle Quest was a huge deal on the Xbox 360, where it became one of the most-revered Xbox Live Arcade titles of its time. It also blended a match-3 puzzler with RPG mechanics and a full storyline in ways that hadn’t been done before. After years of lying dormant beyond Xbox One backwards compatibility for the 360 version, Puzzle Quest is back and better than ever on the Nintendo Switch. The full original game is included alongside over 100 new quests and five new classes to enjoy. New spells and items are also featured to keep things fresh and the experience is just as fun now as it was then. 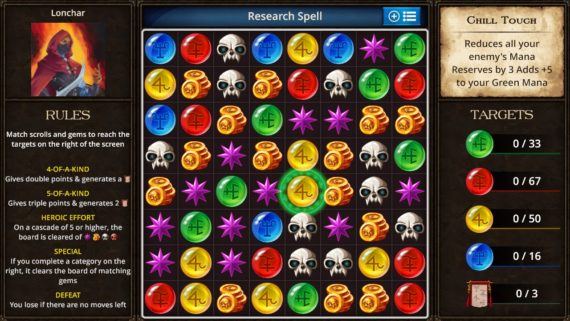 Each class type gives you different buffs based on how you want to play – so there’s always going to be at least one type of class you will enjoy. The game’s story has also been expanded, so while the original tale was a bit by the numbers, this one has some more meat on its bones. The in-game experience is improved with better enemy AI that tests your mettle, and on a system with Tetris 99, that means you will have the best of all kinds of puzzle action to either topple you or allow you to work hard to triumph. 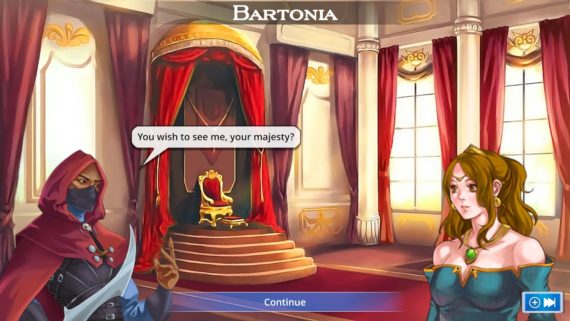 There aren’t many match-3 games on Switch that aren’t mobile knock-offs, so this is a rare entry in a sub-genre of puzzle games that is perfect for quick play sessions. The game’s RPG mechanics also mean that it’s fun for longer sessions too – but it truly shines on Switch in ways it never has before. Being able to play it on TV keeps the experience about what it was before, but being able to play it on the go is a huge quality of life improvement. The sharp artwork and rich colors pop on the small screen – especially if you have a newer Switch with the improved screen. HD Rumble is also used quite well when you get a nice chain going on. You’ll feel the rumble with each successful match and they just add onto one another as the chain continues on. This small thing helps encourage you to keep up the good work, and that’s a small way to motivate players to keep excelling. If you’ve never played Puzzle Quest, The Legend Returns is a great way to do so. You can get it now on the eShop for $14.99 – so it’s a great value and is priced pretty comparably to other puzzle games on the platform.