The titles in Total War typically cover large scale battles with tons of factions to choose between. The Sagas series, however, has covered smaller conflicts with the same big-scale surrounding. This time, Total Saga is heading to Greece and covering one of the most well-known fights in all of history: the battle of Helen and Troy written about in the Iliad. Although it’s usually considered no more than a mythical battle, the goal of Total War is to take this ancient battle and bring it to life in order to showcase a fight quite unlike any other seen in their many titles. Players will be able to bring to life the famous tale of Greek lore to life in A Total War Saga: Troy.

The story of Troy in the Iliad is a famous poem written by Homer and is the basis for this upcoming Total War title. Players can take on one of two generals during a deadly battle in Greece that in the Iliad only covered a mere week of combat. The great war begins after Paris runs away with Helen to Troy, angering the Achaeans who march onward to fight those in Troy. In this title the two armies are led by Achilles in the Achaeans side, and Hector on the Trojan side. Although the Iliad may have had a definitive ending to this fight, Total War lets players shape the fight to their liking and choose the victor of this ancient war if they’re strong enough to overcome the other side’s soldiers. 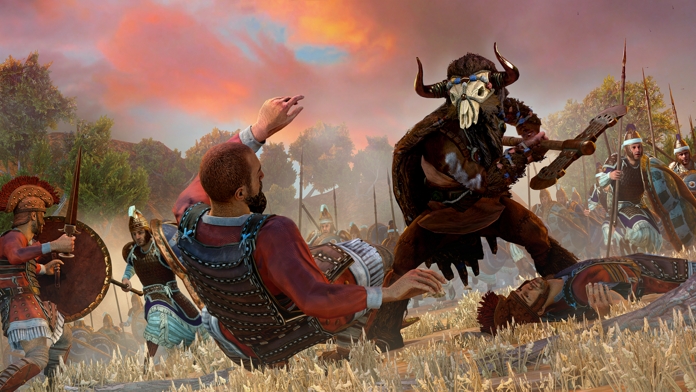 One of the big goals in grounding the story of Troy and the Iliad in reality is finding the truth behind the myths. Instead of using a massive monster of a warrior to represent the Minotaur, Total War takes the approach of a single powerful warrior who has adorned himself with a bull’s skull and skins. In Greek history and throughout myths, the Gods played a major role in the livelihood. Troy takes the role of the Gods and brings a somewhat realistic approach. Each God has things that they enjoy and dislike and pleasing the Gods will put them in the player’s favor. It’s possible to appease multiple Gods, but players will typically have key focal Gods they focus on while others will fluctuate in their ability to aid in battle.

The art approach for Troy is something straight out of ancient Greek artwork. When players begin their time, the world will be covered in the mystery of the unknown. As they begin to travel and uncover more land they’ll begin to see that the world isn’t all monsters and deadly creatures they originally thought. This builds further on the feeling of immersion, as the Iliad was filled to the brim with stories of monsters and creatures beyond human comprehension. Traveling the land presents these monsters and mysterious threats as the truth that they are. A dangerous sea creature is revealed to be a storm or wild lands are discovered to be ripe for resources. 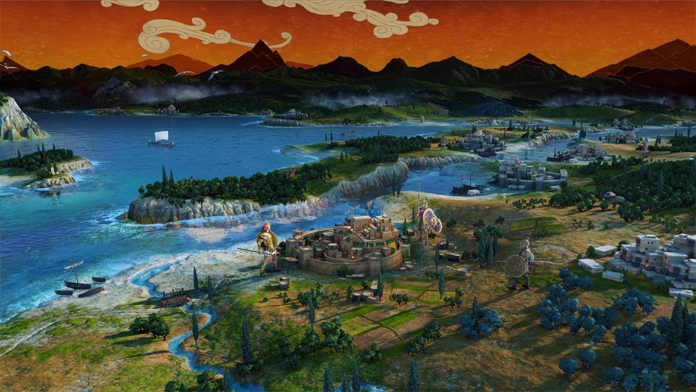 Total War titles are one of the few remaining that really do RTS in an engaging way, keeping players invested with unique takes on battles time and time again. Now A Total War Saga: Troy is bringing a brand new experience for players to enjoy and fight for the side they wish to change the tides of battle. The implementation of myth into reality is a wonderfully refreshing take that keeps everything grounded in reality, while also creating a sense of what could have really happened if the tales of Troy were actually real. Whether or not Achilles dies because of his heel has yet to be seen, but fortunately players can determine the fate of the war, its soldiers and all the characters in A Total War Saga: Troy when it launches for PC and Steam next year.