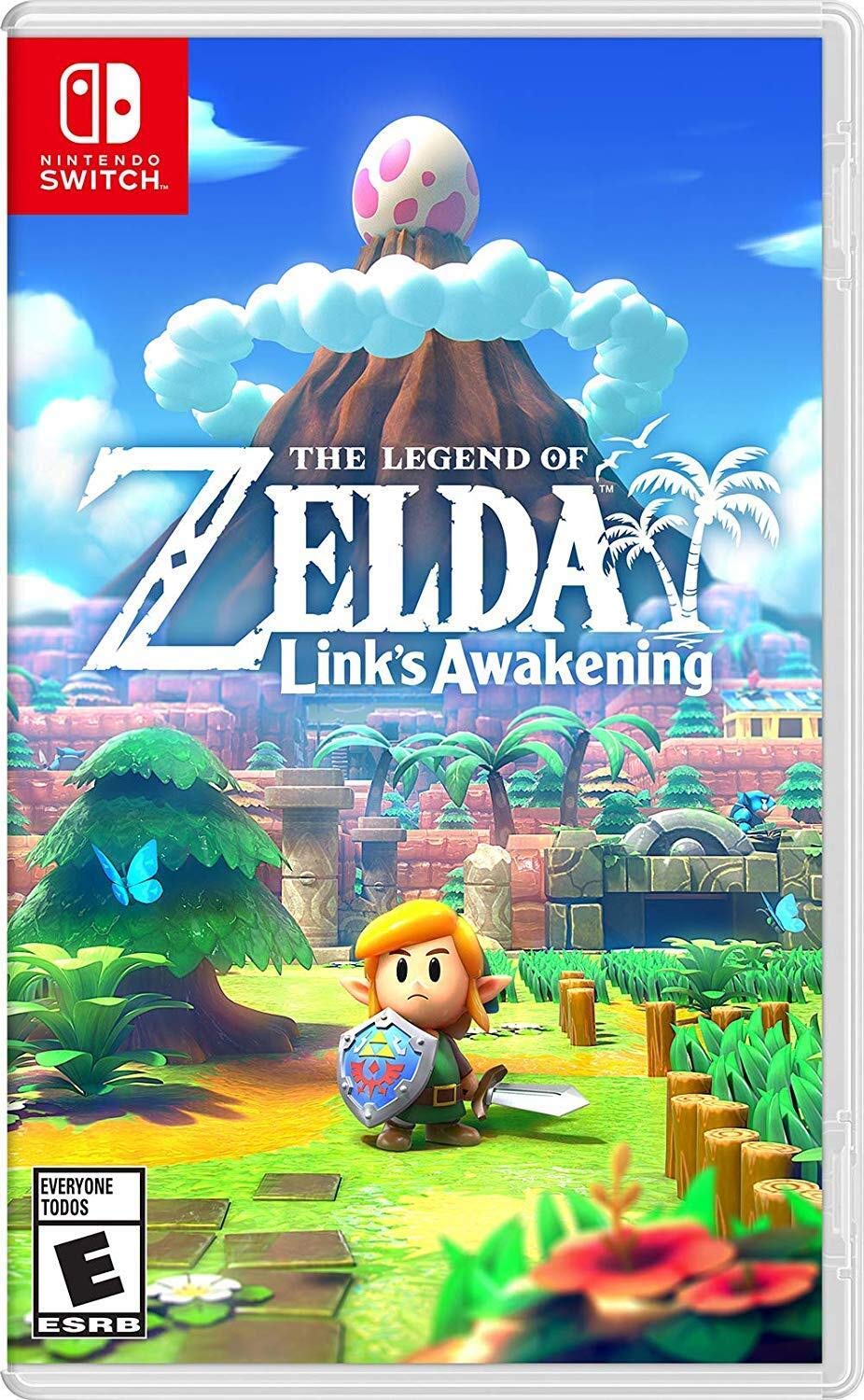 The Legend of Zelda: Link’s Awakening

Originally released for the Game Boy back in 1993 to critical acclaim, Link’s Awakening became a fan favorite for years that would follow. It was the first Zelda title on a handheld system, and would be one of the guidelines for the Oracle titles that would come some years later. Although it had been speculated and requested for years, fans were delighted when we were welcomed to the beautifully animated announcement trailer for the remake for one of the best in the series. Link’s Awakening is here with a whole new coat of paint for the Nintendo Switch, and it brings along a modern take. Does it hold up to what everyone remembers, or are people better off sleeping through this one?

The story begins during a storm that Link has found himself caught up in. Aboard his small vessel at sea, Link struggles against the storm before lightning destroys the ship and sends him struggling against the waves. Washed up on an island, Link is found by a young woman named Marin and her father. The island is called Koholint, and Link is desperate to gather his things and get going once again. After obtaining his sword and shield a wise old owl speaks to Link, informing him that if he wishes to leave he must awaken the Wind Fish. The only way to do this is to gather the Instruments of the Sirens, which are spread across the world in dungeons protected by evil. Having nothing but a sword and shield on his back, Link sets off to gather these instruments and escape the mysterious island he’s been left on.

Like most Zelda titles, Link’s Awakening is about exploration and dungeons. His journey begins in Mabe Village where he can play mini-games or speak with villagers for information. Almost all of the dialogue is reused straight from the Game Boy original, but villagers will still be there to help Link if he happens to get lost and guide him in the right direction. Once in a dungeon Link will travel through to solve puzzles, fight enemies and the bosses that await. Each dungeon rewards one of the eight instruments in addition to a piece of equipment he needs to travel further in the island. After exiting each dungeon Link will be given a clue as to his next location, and will need to figure out how best to get there while traversing across the lands of Koholint. Fortunately for Link, his adventures will no longer be locked to tiny screens, as the entire overworld is open to explore without having to travel in small areas at a time. 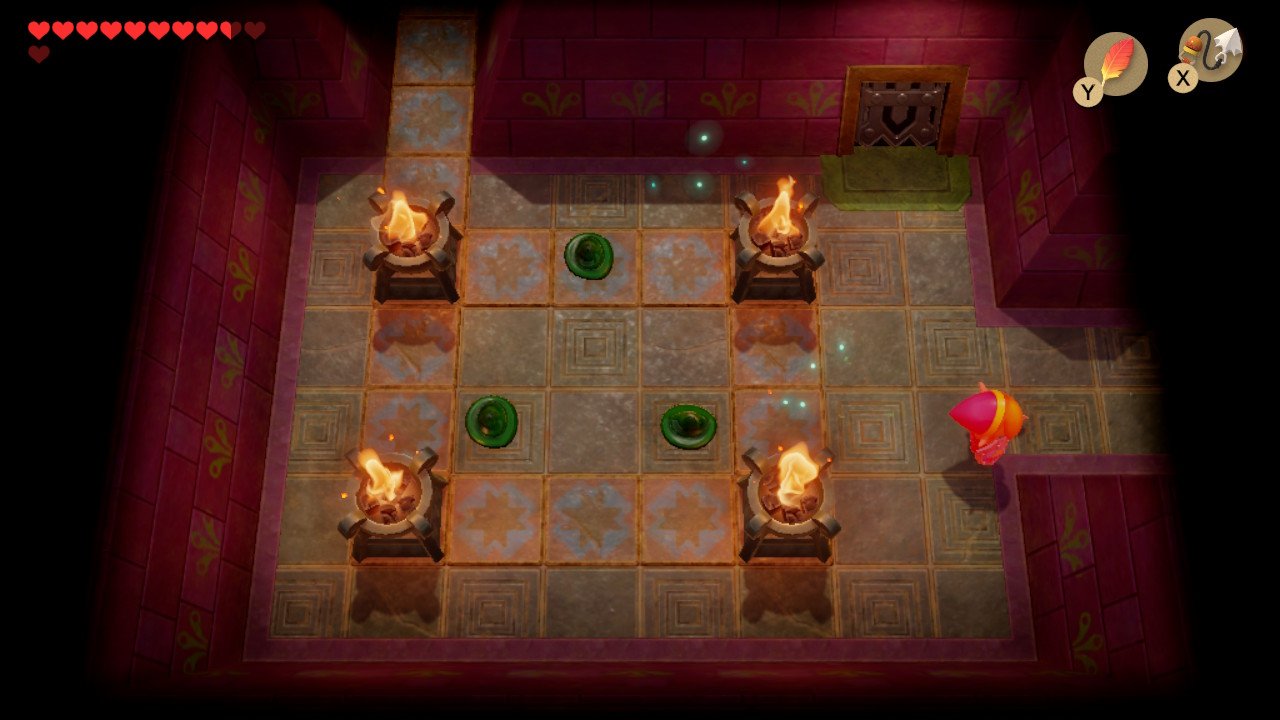 The biggest new gameplay addition is the inclusion of Dampe’s Chamber Dungeons. This new mode allows players to create dungeons from puzzle rooms that they’ve explored during their adventure. Dampe often challenges Link to create certain kinds of dungeons and at certain points will reward him with collectibles or rupees. This mode is fine for those who want to complete everything, but is otherwise a bit lackluster. The inability to create any dungeon rooms from scratch makes it feel limited, and considering the only way to share dungeons with other players is by using amiibo it’s not even a great way to challenge friends once a dungeon is finished. It’s fine for those who want to create and run through a big dungeon, but there’s not a ton of challenge as players will be familiar with all the rooms they go through since they’ve beaten them once before.

One of the biggest weaknesses of the original on the Game Boy was only having two button options for weapons. This meant constantly switching between items in the menu as Link’s Awakening makes constant use of the gear Link receives, but now everything is more fleshed out on Switch. Link’s sword is set to the B button, his shield on R, and other items such as the Pegasus Boots and Power Bracelet being equipped to individual buttons or always on. This means the Y and X are free to switch between with the other assortment without having to visit the menu every few minutes.

Visually, Link’s Awakening looks simply amazing. The toy-like art style fits the dreamy atmosphere of the story, and all the new details to Koholint really bring it to life. The redone soundtrack is familiar but sounds crisp and clean. The one major downside is the frequent framerate inconsistencies. This only occurs on the overworld but makes traveling through areas quickly feel very jittery and awkward. It’s especially prevalent in handheld mode while exploring. Fortunately, dungeons suffer from none of this and some areas are better than others, but Link’s Awakening feels like a title that shouldn’t be dealing with these sort of woes. It’s also worth noting that like most recent Zelda entries, players have the option of selecting Hero Mode from the beginning instead of waiting to finish their first play through to gain access. 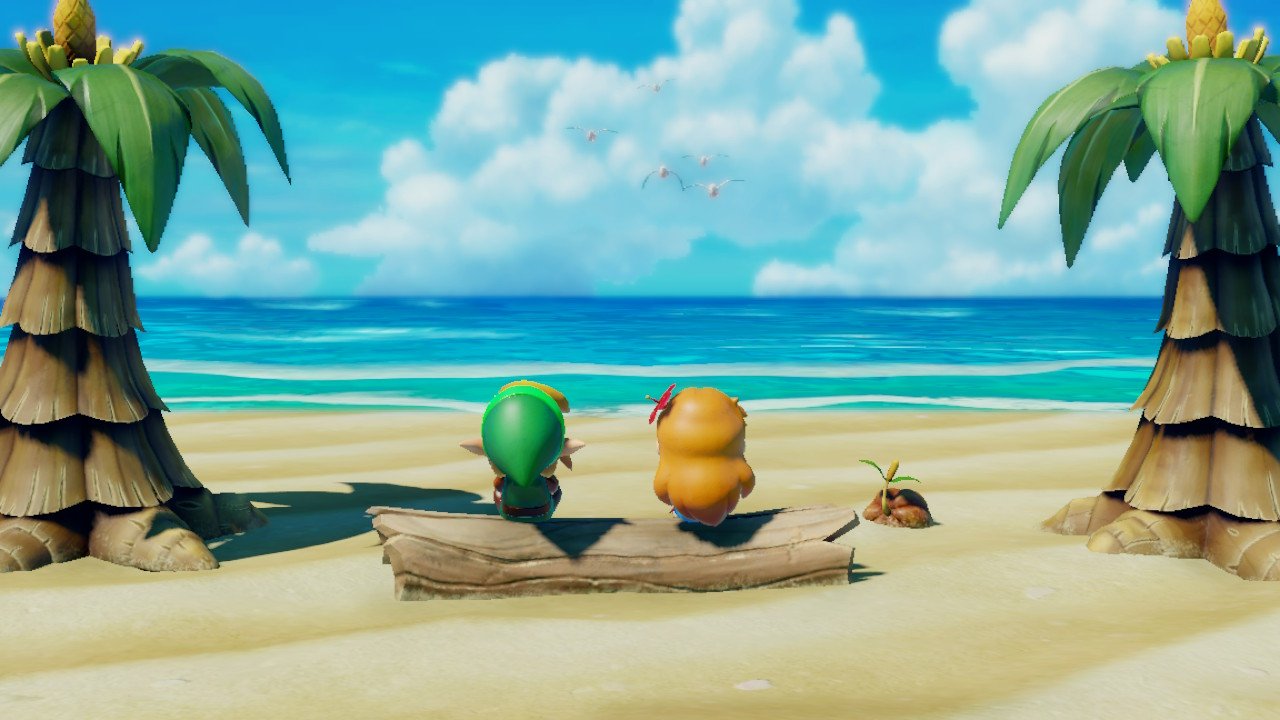 Link’s Awakening was a massive hit when it was first released, and today it’s still just as amazing as it was 26 years ago. With all the changes it’s easily the best version to experience the adventure through. While the frame dips on the overworld are annoying, it’s not enough to take away from the beautiful world this title brings back to life. Every little thing is recreated in such a beautiful setting that it’s no surprise people would want to experience Koholint again, or perhaps for the first time. The Legend of Zelda: Link’s Awakening is an unforgettable adventure, and this remake does it justice by capturing exactly what made it one of the most popular in the series.