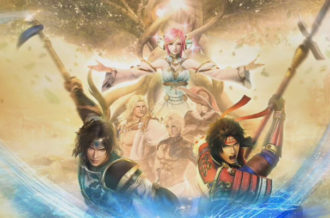 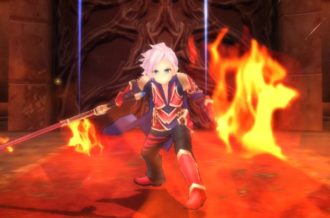 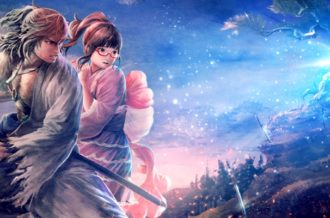 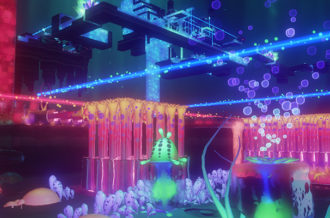 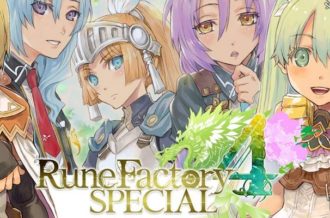 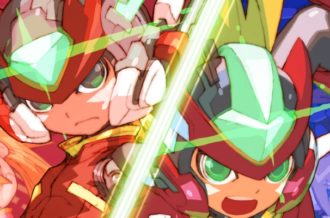 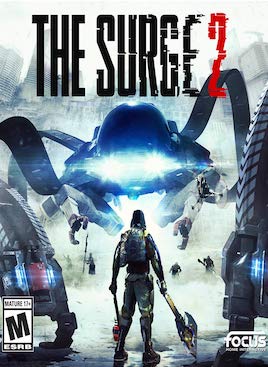 If you want a recent demonstration of an intriguing premise marred by execution, Deck13’s The Surge fits the bill almost to a tee. Not two years ago, when a sci-fi orientated take on action RPGs, felt like the perfect fit at just the right time, the Frankfurt-based studio’s second stand-alone rendition of the formula — following 2014’s Lords of the Fallen — had plenty of new and original ideas to boot, but sadly never had those ideas really flourish. Whether it was the artistic simplicity of its setting or the technical shortcomings that frustrated at crucially the worst moments, The Surge was one of those cases where even an appreciation for what originality it housed, couldn’t spare it. A deflated conclusion given how promising its early proceedings felt in preview, but at the very least something that — figurative creases ironed out — Deck13 could build on and potentially succeed on both visually and mechanically.

The announcement of a sequel can of course be read as Deck13 brimming with confidence and assurance that they’ve listened, understood, responded to criticism. The latter appearing rather more prominently throughout The Surge 2’s roughly 20-hour campaign. Indeed, if there’s praise to be dished out to Deck13’s approach this time, it’s that a fair few (though not all sadly) complaints from the original, have been rectified. Most notably, the very world and environments you’ll be slowly trekking through (this time, as your own create-a-character). Jericho City, in contrast to the CREO facility from the first game, is thankfully far more diverse and varied than the repetitive industrial surroundings previously. All this does is exemplify the wonderfully-woven manner at which level design is orchestrated — particularly the way Deck13 incorporate short-cuts, alternate routes and branching paths to curiously, with a potential risk afoot, wander down.

As a result, there are plenty of those “ah-ha!” moments to be had in The Surge 2. Something very much akin to Bloodborne — a lofty and bold comparison to make you might [rightfully] think, but Deck13 thoroughly deserve it when the game finds the means to revel in these small, if fleeting, sparks of satisfaction. Like FromSoftware’s gothic-horror magnum opus, Deck13’s web-like skirting around Jericho City is, at its best, brilliantly orchestrated and cleverly illusive. Inviting players to see just what lies around that additional corner or alternate route — sometimes rewarded, sometimes simply finding themselves circling back to the beginning of an environment. Even if the game fails to really invoke and hit home the looming, apocalyptic tone or sense of desperation its narrative so desperately tries to convey (given the game kicks off mere moments after the close of the original’s tale), the level design and way in which exploration is encouraged, it’s easily The Surge 2‘s most rewarding aspect. Not all sections of the grander world are as fulfilling — some moments orchestrated in little more than linear corridors players are forced to go down, only to back-track for the sake of story reasons. But with the game’s inclusion of densely-vegetated gardens, darkened caves, a groggy shanty-like harbour, labyrinthine city streets, a multi-floor repurposed hospital of sorts (without even touching upon the tonal and structural shift that takes place around the half-way mark) The Surge 2 is undeniably a step-up in artistic variance, without relying too much on tired tropes. Not a single “poison swamp” in sight, though there are plenty of status ailment obstructions and traps to keep note of throughout. 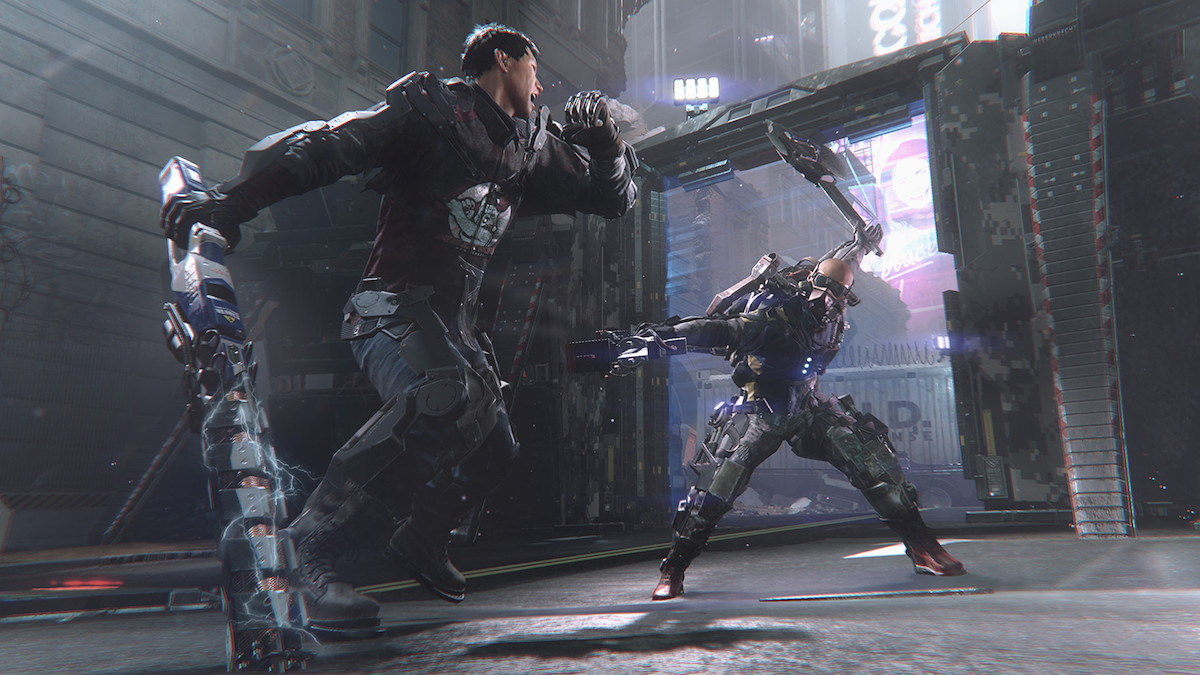 Unchanged from its previous efforts, The Surge 2’s combat returns in just as aggressively-fronted an approach and remains modestly fluid to match. The limb-targeting system, barely altered it may be, still invokes that smidgen of strategy wherein players can decide to prioritise bare/unarmored areas for increased damage, or instead focus on tougher, armoured components. Doing so and depleting said armour, providing you have a battery to spare, allowing players to sever that limb so as to acquire blueprints for a specific gear part or weapon wielded by the enemy. The fact that buffs and bonuses are offered if you wear gear pieces of a certain set — acquiring all four pieces (head, arm, chest, leg) maximising said bonuses — means there’s plenty of customisation and avenues for tailoring one’s play-styles.

There’s even a feature that allows you to compare the stats of gear/weapons you collect when, for example, at their same theoretical MK VII or MK VIII rank. It’s a small but incredibly helpful tool that (much like the returning ability to bank scrap currency at any of the game’s medical bays) is sure to prevent many a wasted moment. Generally speaking, outside of such upgrading, The Surge 2 offers an pleasant abundance of weapon variety both in their function as much their visuals. Even if the weapons may follow the same categorical function as you would expect of swords/lances/gauntlets/two-handed heavy weapons. More importantly, different weapons not only require varying amounts of stamina but also grant slight differences in the much-sought after battery power. Still, for those more obsessive players, or those simply looking for the next-best piece of loot, the game has you covered. 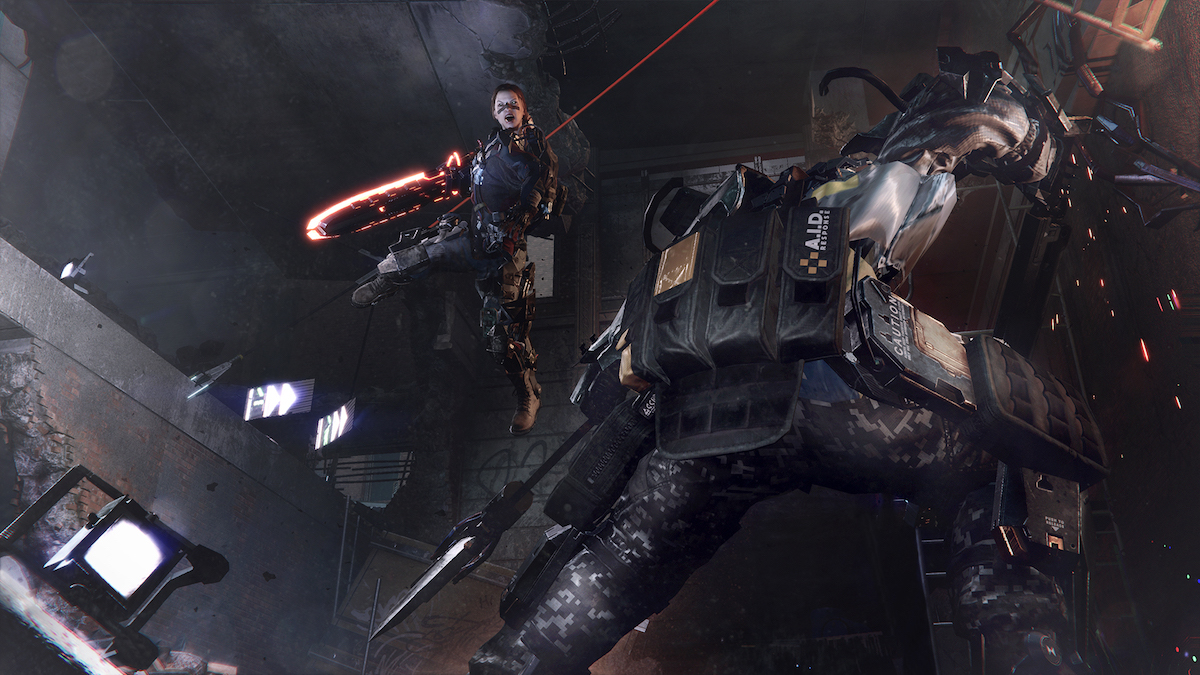 However, the game’s battery meter this time round also serves as the mechanic with which players use to heal themselves, on top of enabling the dramatic limb-splicing abilities sought after throughout. The general idea remains the same: landing hits fills your bar up, only this time, filling it to a certain level grants an opportunity to recover a certain amount of health. Think Hollow Knight‘s own emphasis on healing through offensive means and you’ll have a grasp at how The Surge 2 plays out. Batteries then become a more universal tool for player perks and abilities, also serving as the means with which passive/temporary buffs can be activated. A departure from the regular convention of contemporary action RPG’s it may be, the mechanic works to superb effect — adding on top of all this, an inviting risk that plays not only into heated moments during boss battles, but also into how players further tailor their player-character. Implant slots unlocked after reaching a certain level threshold, as well as the accompanying energy meter (the game’s rendition of weight and how much you can equip at any given time) that increases per level gained, resulting in many a switching out of implants and gear builds alike.

Even if there are the occasional mishaps — whereupon a pre-rendered animation doesn’t quite match up with an enemy’s placement, or sadly the rare instance of an attack not even registering — The Surge 2 still satisfies in its short-bursts of regular enemy encounters. Even throwing up a surprise or two along the way, certain enemy types tricking players into a false sense of security and confidence. There are of course still the abundance of humanoid and robotic foes though the new inclusions don’t entirely mitigate the criticism on lack of variety, fortunately the additional tricks and twists do offer up a sufficient enough amount of perilous encounters and inevitable deaths for players to learn from.

As much as I would like to share the same sentiment about the game’s boss battles, sadly The Surge 2 still falters in this area, both in terms of the gradual progression of difficulty and, stand-alone, how the technical side still doesn’t feel apt enough to handle. That’s not to say that there aren’t some occasionally interesting, tense and positively-frustrating encounters that will find free rental in a player’s mind. Highlights like Little Johnny, Captain Cervantes and the final boss of the campaign, feel genuinely testing and best of all, serve to actively promote each of the game’s sound strategies: focusing in on specific limbs, reading attack patterns or simply making use of directional parrying. 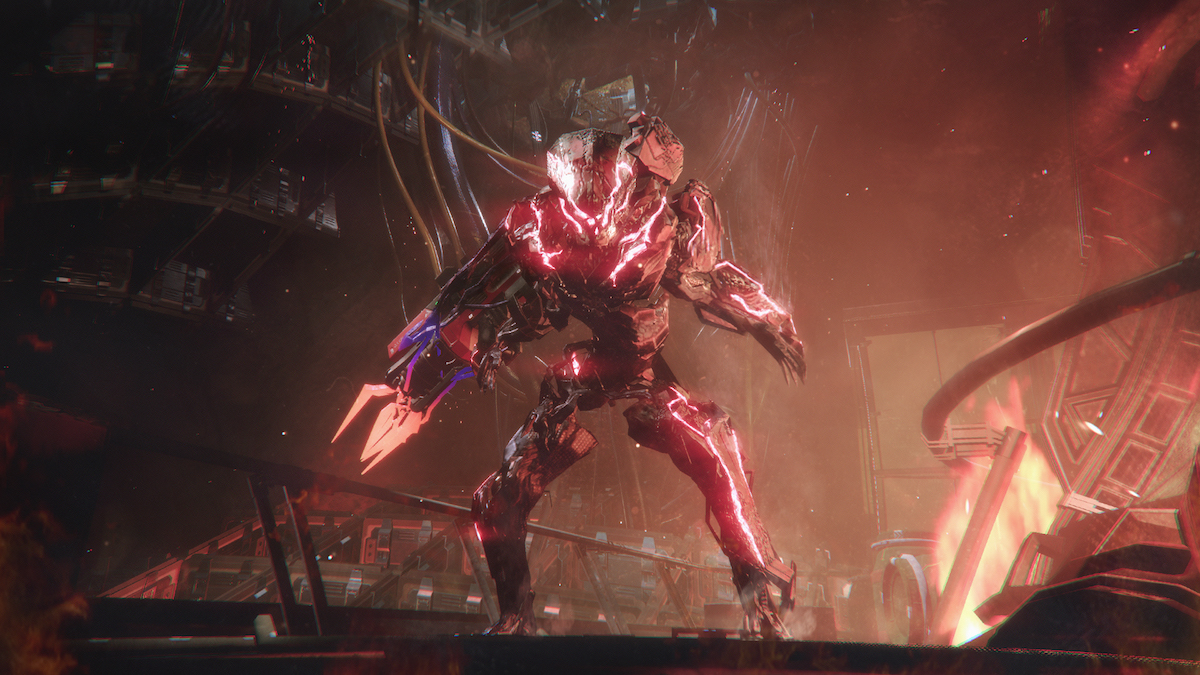 Unfortunately, as enjoyable some of these stand-alone fights are, The Surge 2‘s progression — and eventual incline of what may be considered “difficulty” — is, in short, horribly all over the place. To claim there are “spikes” in difficulty would be misleading, let alone an understatement. The game’s difficulty comes off more like a sine-wave over the course of its story. If the fact that latter-half bosses (of which sometimes take the form of major antagonists or frequently-present NPC’s built up as crucial encounters in the story) can be taken down on the first attempt, other moments such as the Nanomonster around a third of the way through the game, have all the same hallmarks as the original game’s unwanted frustration. Aided in no way by the in-game camera’s sporadic and irregular nature at the most crucial times — bosses often attack off-screen with no way by which players can readjust and react. The Surge 2, like its brethren, doesn’t quite find the treasured middle-ground between challenge and difficulty. Fights on occasion, either woefully inadequate to suit the intended tone/stakes, or simply “hard for the sake of being hard”. Either scenario ushering a wilted: “oh, that’s it?” reaction as a result.

It’s likely down to how involved players will get with exploring the environments that explains why, despite these let-down’s, the game still manages to offer enough of an intrigue to keep going. The fact the game is charitable enough in its dishing out of crafting materials, as well as constantly offering new sets of gear and weapons for players to aim for, also helps. The incessant need to upgrade gear and weapons — complete with color-coded MK tiers — minor a design choice it may be, will reel players in. Encouraging them moreso to engage in the game’s limb-targeting mechanics — further proof that the game’s core combat serves a greater purpose in the grand scheme of things. There are also some nice little pleasantries along the way, courtesy of NPC conversations and quest lines that pop up should you decide to pursue them. Hunting down seeds to plant so as to satisfy a gardening droid; a movie star taking it upon themselves to infiltrate a facility at the same time you do; having to comically back-track through a section after donating a story-based tool mere seconds after gruelingly working to acquire it. Or simply stepping into a bizarrely-upbeat club for the first time. The game may not feel purely organic or, as noted, tonally consistent with the events unfolding, but now and again there are these odd, surreal, or simply secondary moments that warrant an additional investment or detour away from the main story quest. 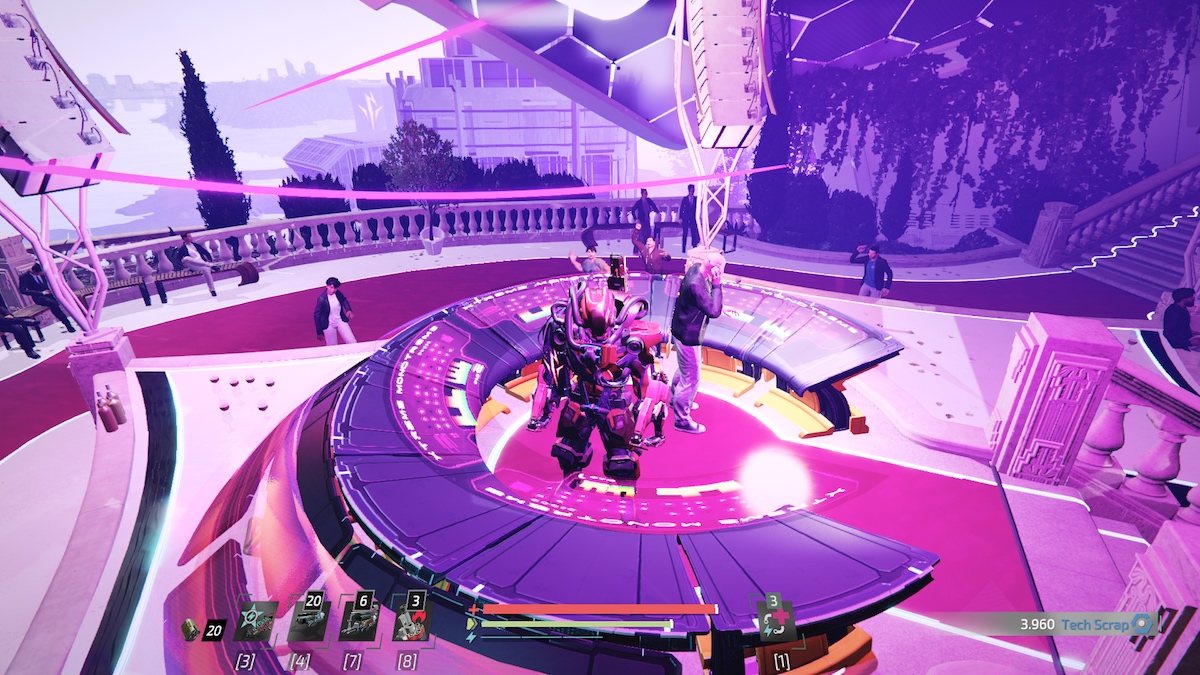 In many ways, The Surge 2 does come off as a significant step-up from the 2017 original — Deck13 offering proof that they’re listening to feedback and critique prior not only exists but has been implemented more importantly. When it’s at its best (and technically-stable), The Surge 2 is a genuine joy to explore and progress through — the multi-floor, woven level design garnering many a satisfied reaction as to the way its world is all connected. But in others, plenty of the original’s issues once more spring up to smear the short-term high’s the sequel generates. Boss battles are still a mixed bag of misjudged difficulty and an underwhelming delivery at their worst; at their best there are still those fulfilling elations and sparks of relief that come via finally defeating that one troublesome boss. Tonally it may waver, even fall flat when the story tries its best to invoke a sense of mystery and doom-ridden desperation it never really achieves. Deck13’s second go of the sci-fi themed action RPG set-up, carves out just enough of a worthwhile combat and upgrade system alike, for The Surge 2 to leave players both optimistic and curious — if not eager — for what a hopeful third entry may have in store.