You Should Play as FL4K IF…

You want to play solo and engage with enemies at long distances. Of all the characters in Borderlands 3, FL4K works the best when playing single player thanks to his focus on long-range play and AI companions. All of his Skill Trees focus on powering up his beasts, turning him into a self-sustaining Vault Hunter that don’t need  human allies to keep himself going.

FL4K can call upon three different pets to aide him in combat. There’s the Jabber, Spiderant and Skag. Players can choose either of the three pets regardless of what skill tree they’re working on.

FLAK’s skill trees to build are broken down into Hunter, Master and Stalker. Hunter focuses on increasing critical hit chance and the Spiderant pet. Master focuses on building up your pet’s potential and the Skag pet. Finally, Stalker is all about creating stealthy opportunities and the Jabber pet. 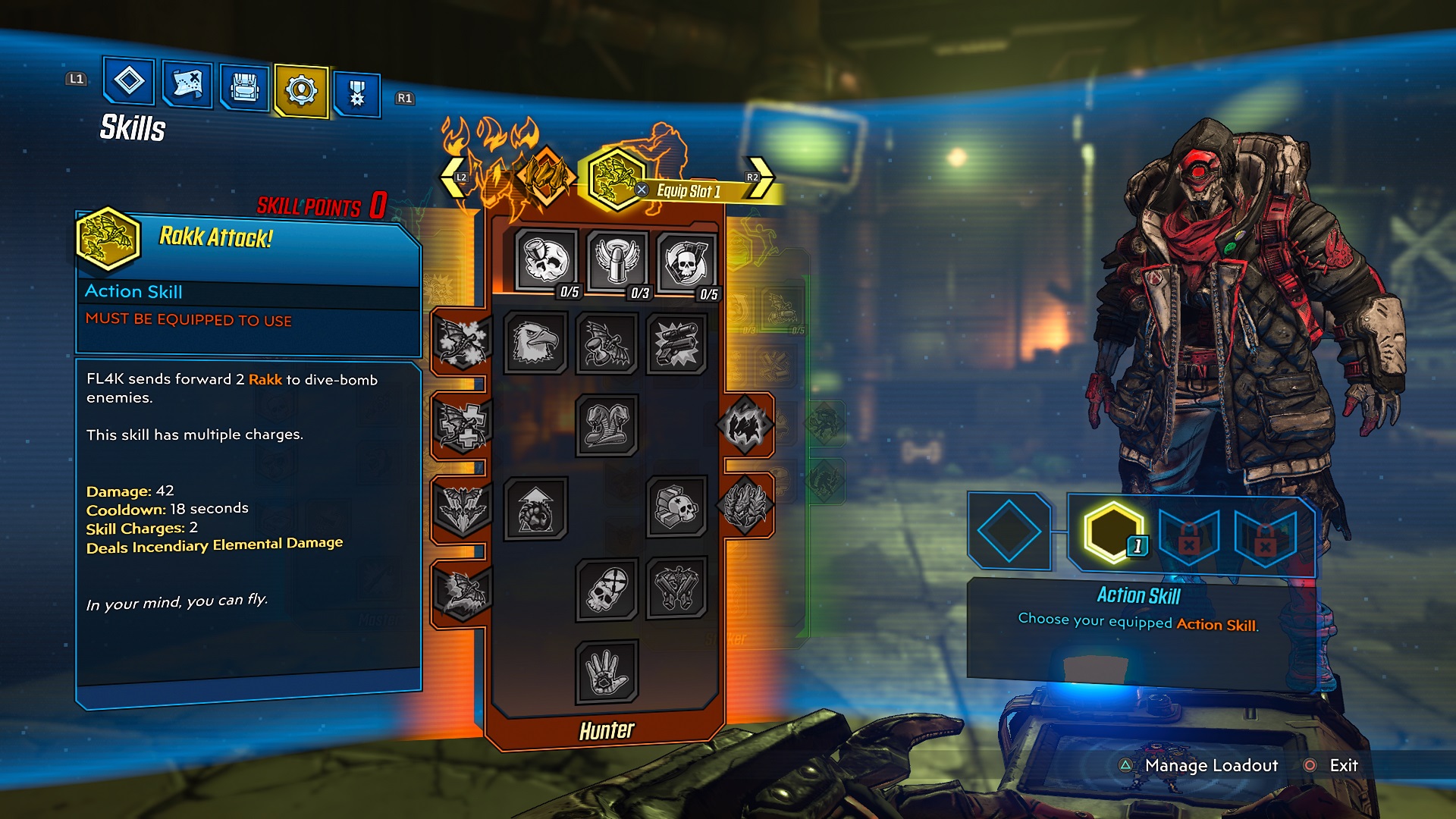 This tree focuses on the Rakk Attack Action Skill and powering up the Spiderant companion. Rakk Attack sends forth a wave of Rakks to attack enemies at a distance. Of the three skill trees, Hunter focuses on making FL4K a long-distance powerhouse. Skills like Ambush Predator increase FL4K’s damage output the farther they are away from the enemy. While you’re off headshotting enemies in the distance, your Spiderant can maneuver to distract and damage enemies in close quarters. 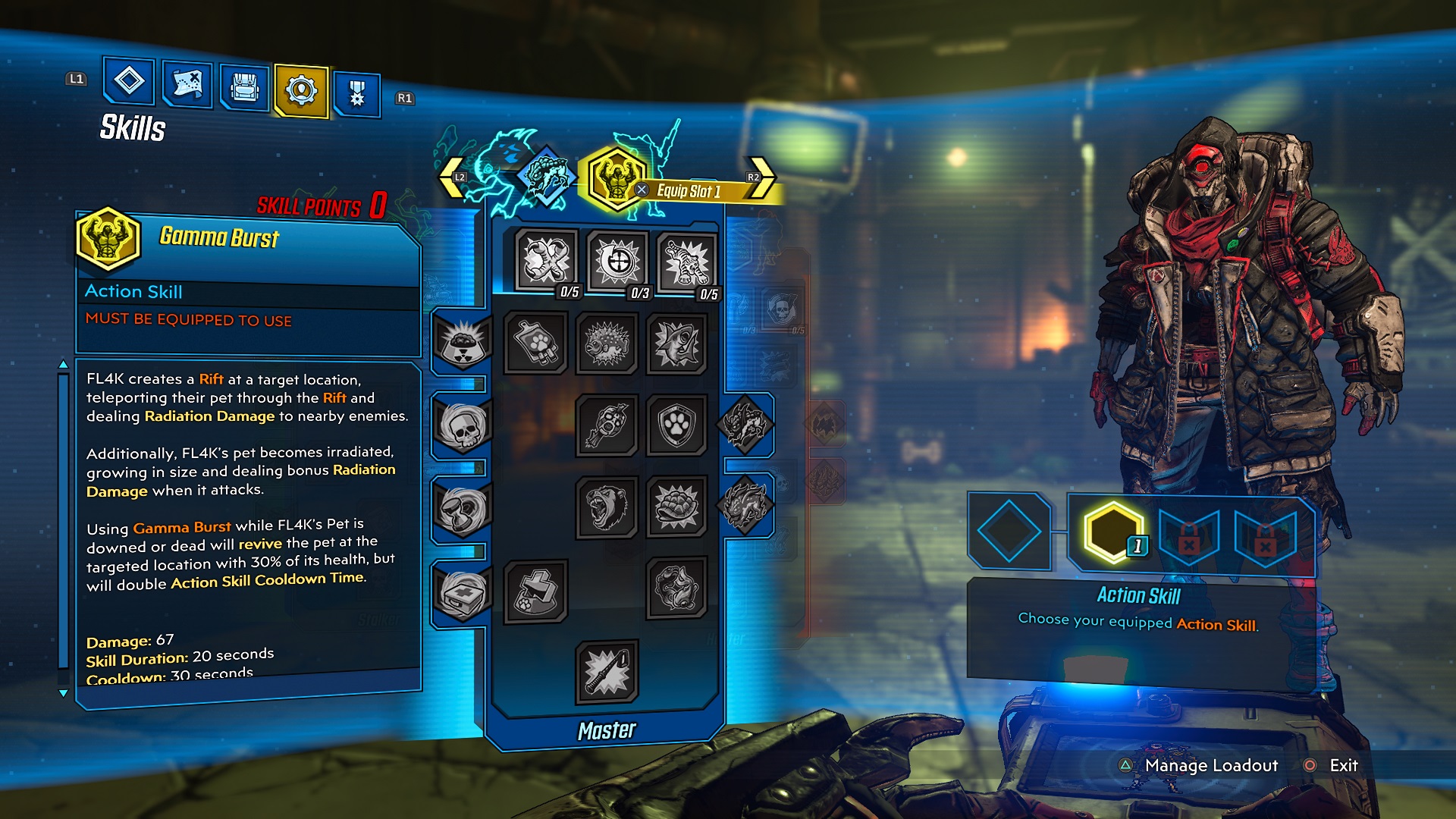 This tree focuses on the Gamma Burst Acton Skill and the Skag pet. Gamma Burst teleports FL4K’s pet and mutates it into a more powerful variant. Of the three skill trees, Master focuses on powering up your pets’ attack power, critical hit chance and defense. While there are some skills in this tree associated with FL4K, this one is best traveled down if you want to have the best possible AI companions. 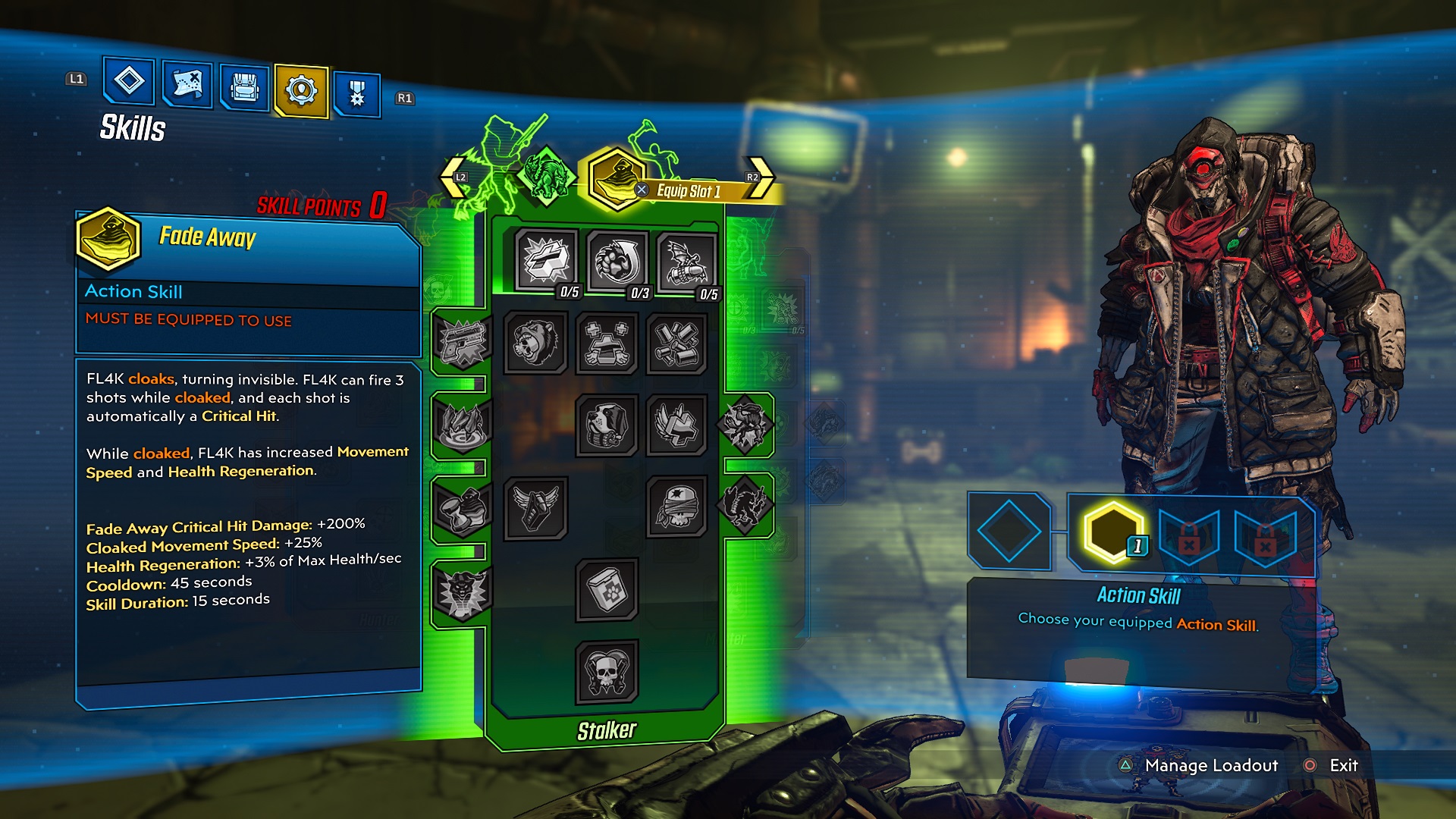 This tree focuses on the Fade Away Action Skill and the Jabber pet. Fade Away allows FL4K to turn invisible for a short period of time. Of the three skill trees, Stalker focuses on self-preservation. The abilities in this tree aide in health regeneration, Action Skill cooldown time and enhancing the usability of Fade Away. No doubt the best skills is Lick My Wounds, however, which gives your pet the ability to revive you when down. 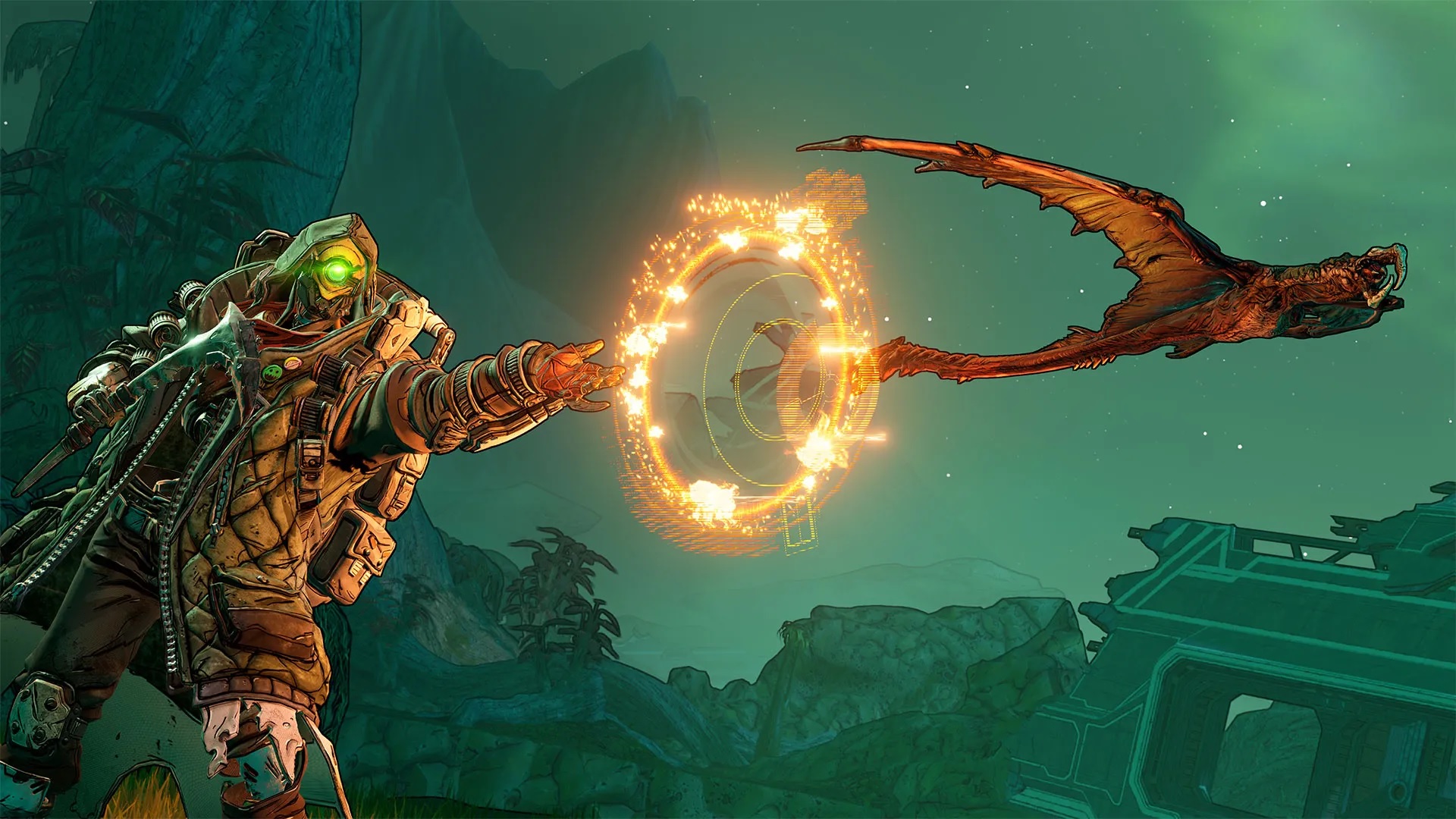 How to Setup FL4K

If it isn’t clear by now, FL4K has all the tools necessary to play solo, though he isn’t the best team player. While his pets can revive him, they won’t revive any other teammates. Still, his long-range capabilities make him formidable when providing cover fire for allies.

If you’re going to be predominantly playing single player, you’re going to want to jump straight into Stalker. Self-preservation is the name of the game and skills like Self-Repairing System are going to keep your health up. Meanwhile, Fade Away will allow you to make a clean break from the fighting if things get a bit too tense. Finally, without human allies to help you up, you absolutely need Lick the Wounds.

After that, you’ll want to dive into Hunter. This tree is going to make FL4K a long-range master. Nab skills like Interplanetary Stalker and Leave No Trace early to deal increase FL4K’s damage per kill and earn extra bullets for each critical hit. There’s even a monetary bonus for making it all the way to end of the skill tree.

The simple truth is that Master focuses almost exclusively on the pets and doesn’t benefit FL4K in any way. His pets are already strong and capable from the get-go, and the campaign doesn’t really offer the challenge necessary to earn your Skill Points.

For more on the other Vault Hunters in Borderlands 3, be sure to check out our guides for Zane the Operative, Moze the Gunner and Amara the Siren.