Borderlands 3 comes with a new batch of Vault Hunters for players to tinker around with; Zane the Operative, Moze the Gunner, Amara the Siren and FL4K the Beastmaster. At the start of the game, all four opt to join Lilith’s Crimson Raiders, but it’s up to you to decide who to pick.

You should play as Moze IF…

You love excessive firepower. Moze is unique compared to her fellow Vault Hunters in Borderlands 3 is that she has a single Action Skill: her mech, Iron Bear. Each of the skill trees involves a different weapon that enhances her already incredible firepower. When summoned, Iron Bear is capable of clearing large groups of enemies, blowing them into smithereens and dealing lots of damage over time.

Moze can equip up to two weapons a time. You can take two of the same weapon into battle, or mix-and-match to find the perfect combination. 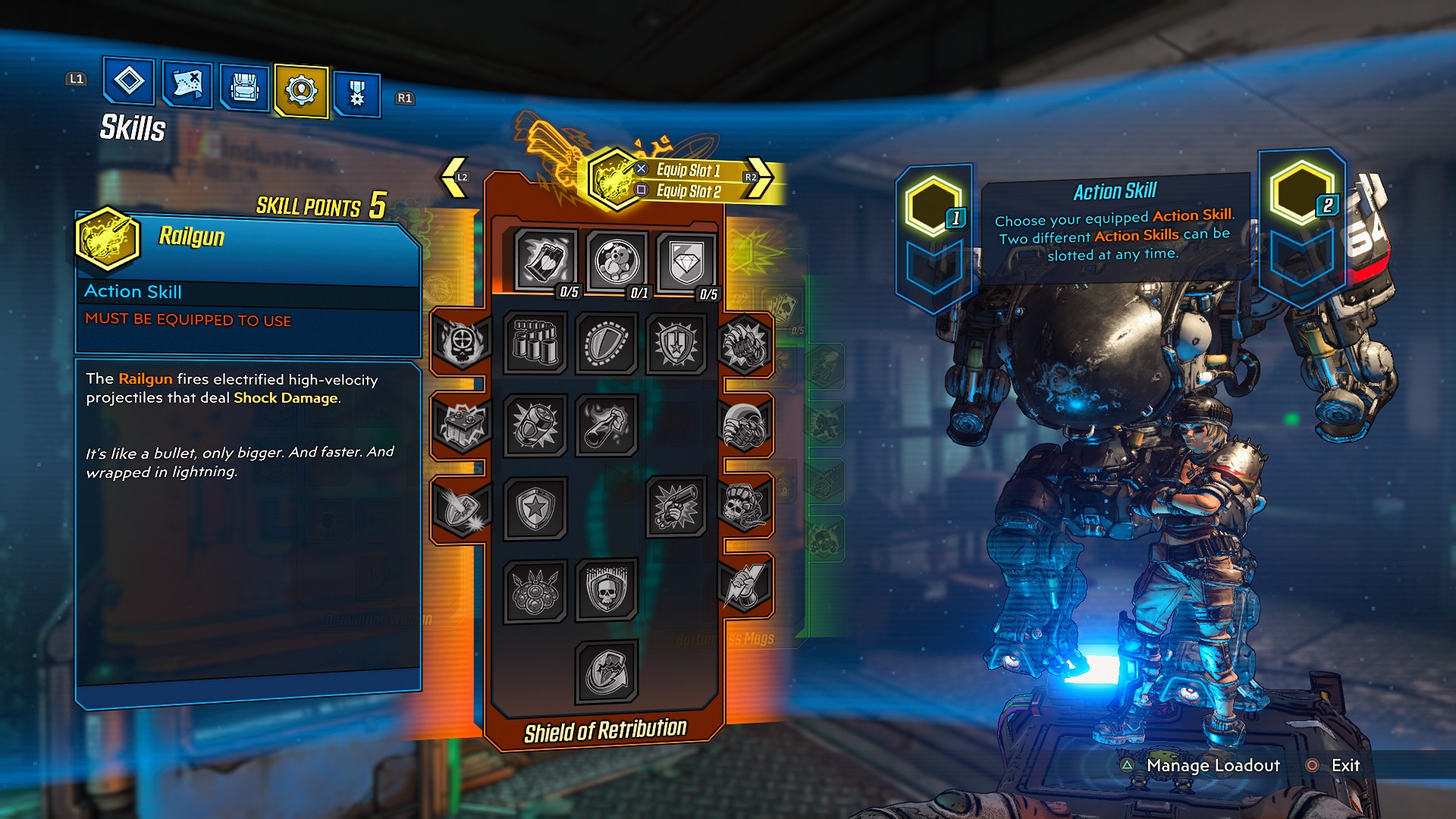 This tree equips Iron Bear with a Railgun that deals shock damage, which is perfect for shield-toting enemies. To aid in defense, the tree offers up a bubble shield and the Bear Fist augment, which gives Iron Bear a melee attack. Players should move quickly to unlock the shield, which will be especially helpful in some of the later missions. Iron Bear is a hulking beast, which means enemies are going to want to put you down. 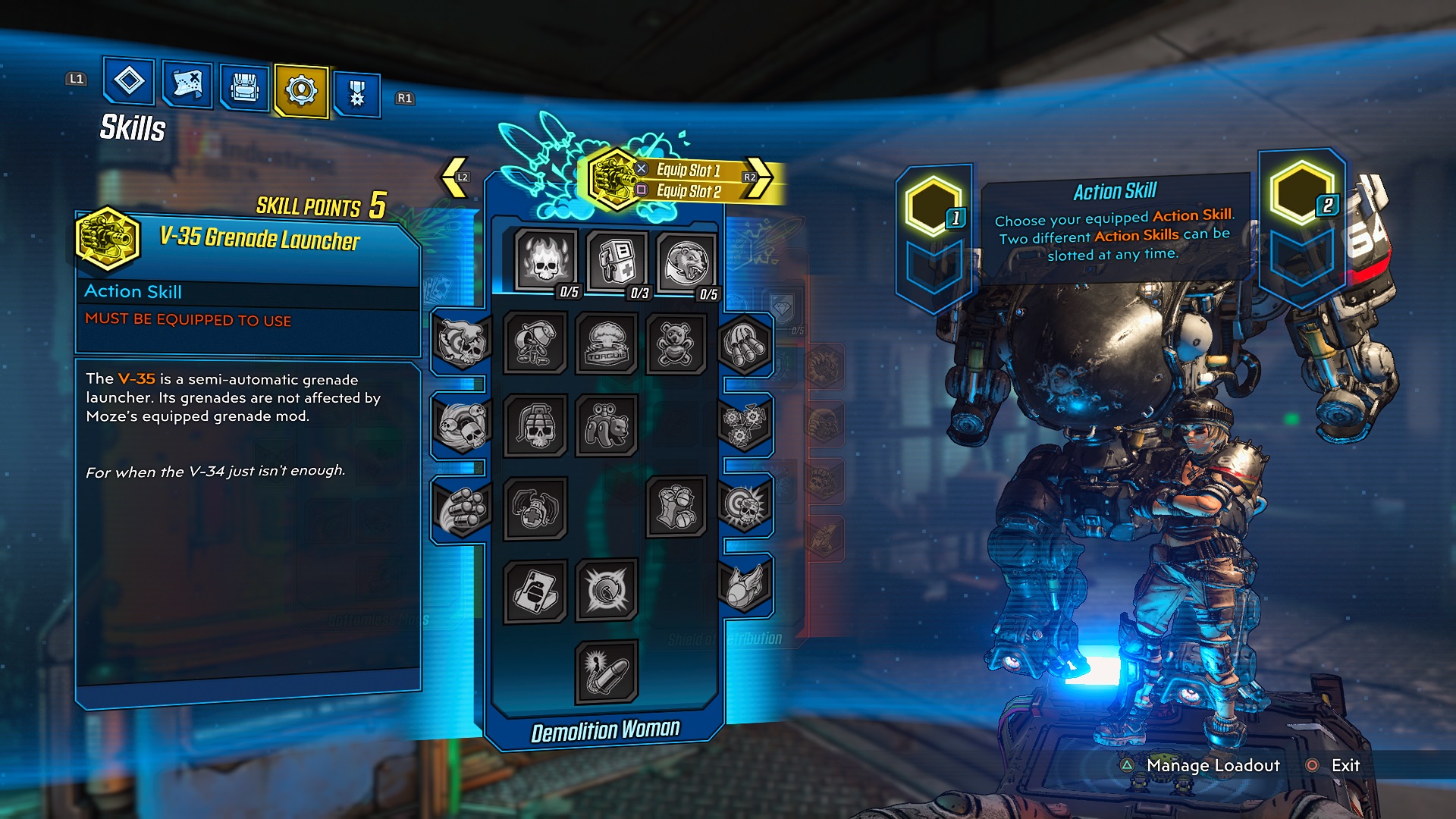 This tree equips Iron Bear with a V-35 semi-automatic grenade launcher. Players traveling down this tree will find plenty of fun toys to enjoy, including a Rocket Pod, homing missiles and even a nuke. Passive abilities mostly focus on allowing the Iron Bear to stay on the field longer by increasing its armor and the amount of fuel Iron Bear can hold. Demolition Woman is especially helpful during later bullet-sponge boss fights where extra explosive damage is useful. 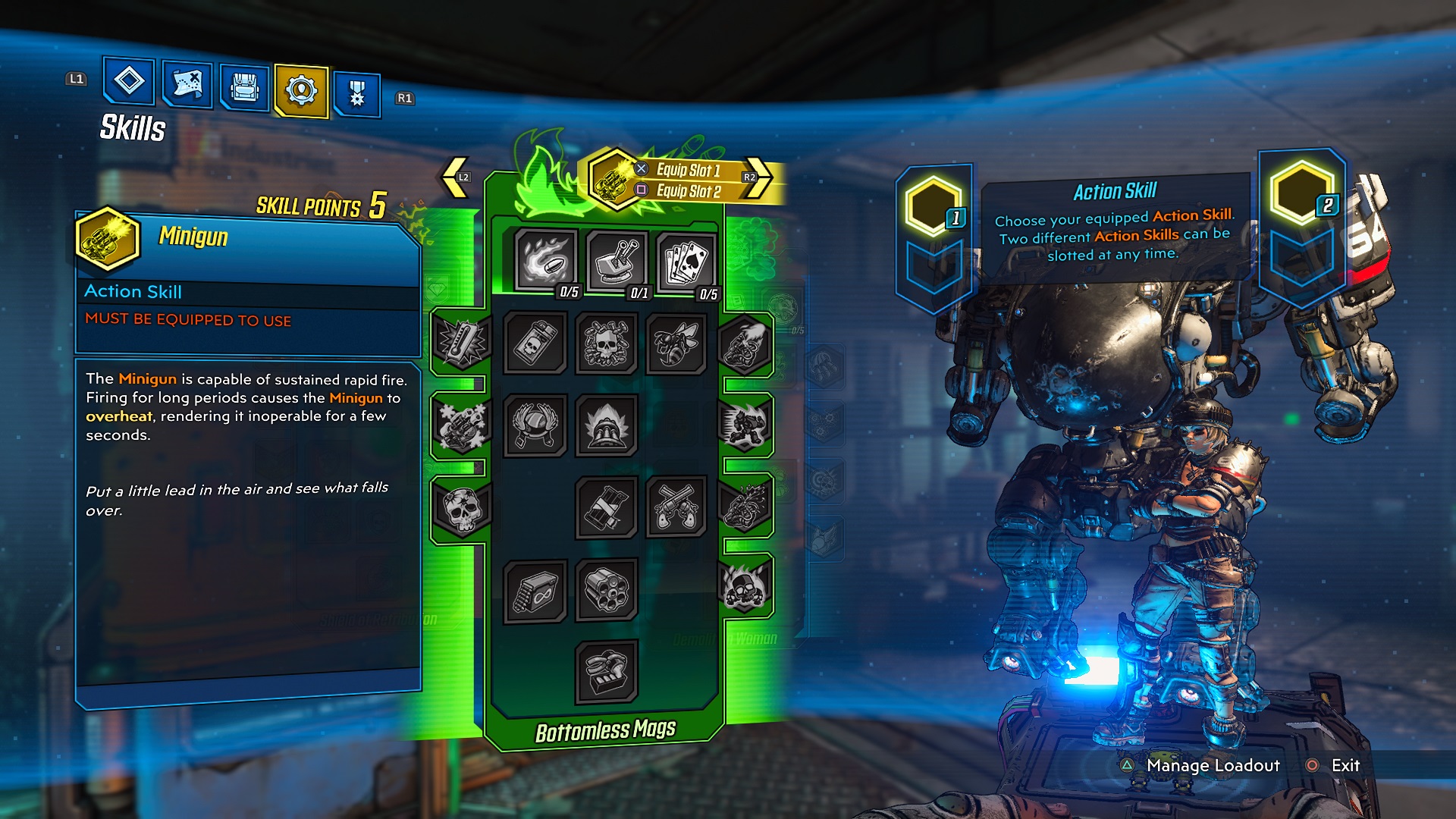 This tree equips Iron Bear with a Minigun with unlimited ammo, but can overheat. Of the three trees, Bottomless Mags is the best for dealing loads of damage quickly. She can also unlock fire-based augments that give her and Iron Bear the ability to deal fire damage. Later in the tree, you can also unlock Exploding Bullets to deal some extra damage. 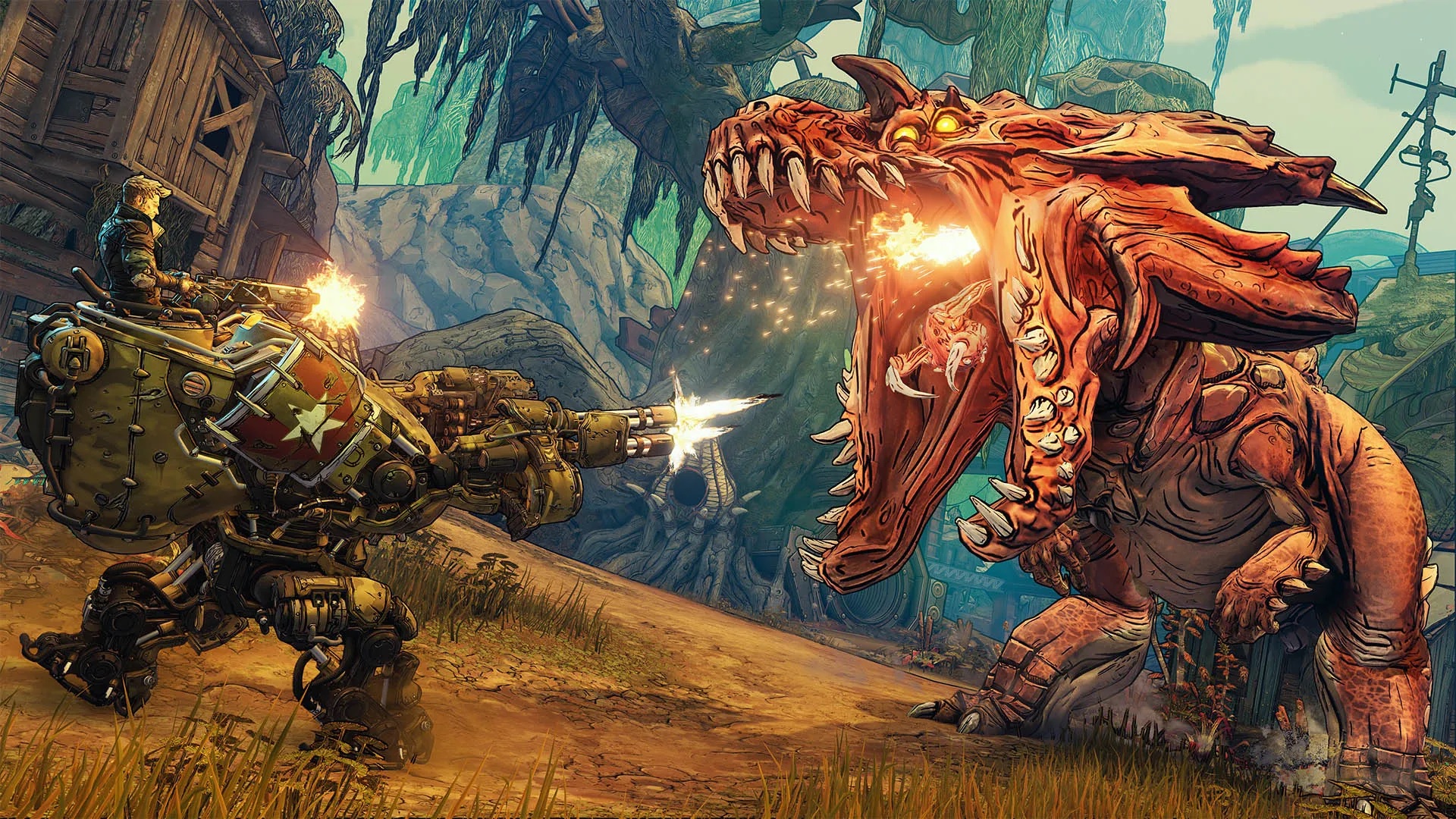 How to Setup Moze

Whether playing solo or co-op, Moze is an absolute beast of a character. Newcomers to Borderlands, or players who just want to blow stuff up, will want to pick this character. When it comes to building out your Moze, there’s a clear path; a combination of Bottomless Mags and Demolition Woman.

Simply put, Bottomless Mags is a must-have due to its combination of Augments and passive skills. The Minigun by itself is a death machine to start off with, but the combination of Cloud of Lead, Stoke the Embers and Exploding Bullets turn it into a walking death machine. For those playing co-op, the Dakka Bear turret allows an ally to climb on your back and fire turrets with various properties (fire, corrosive acid, ice and mines are all available). Considering how bullet-spongey bosses in the late game get, Bottomless Mags continuously gets more useful.

Demolition Woman is a nice addition that complements Bottomless Mags. Putting skill points into this tree will help keep Iron Bear on the field longer by increasing its shields and fuel tank. While slower to fire than the Minigun, the V-35 still delivers quite a bit of damage over time.

That leaves Shield of Retribution, which is the odd sheep out. While the Railgun is powerful, the slow time to charge and need to precise aiming is ultimately a detriment. It also doesn’t help that, for the most part, shields are already easy to take down in Borderlands 3. The tree also lacks useful Augments and passive skills, and since the Bubble Shield is available in the first tier, it’s easy to grab it at the start of the game and then focus your efforts on the other two classes.

For more on the other Vault Hunters in Borderlands 3, be sure to check out our guides for Zane the Operative, FL4K the Beastmaster and Amara the Siren.