Square Enix released a wealth of new information for Final Fantasy VII Remake today, the highlight of which was the official box art. Fans who played the game back in the day will instantly recognize it as a call-back to the artwork which adorned the PS1 classic’s North American case over twenty years ago. In other words, its box art that’s heavy with nostalgia in all the right ways. Make sure to check it out below!

Alongside this reveal, Square Enix also released a new trailer showing Cloud, Aerith and Tifa working together to take down Abzu (also known as the sewer monster living below Don Corneo’s mansion).

The combat system is on full display here, showing off exactly how players can manage their characters in both real-time and the much slower “wait mode.” Fans even get to see the classic summon “Ifrit” in action as a temporary ally rather than just an animation followed by a single attack. Hands-on impressions are good so far, so Final Fantasy VII Remake’s gameplay might just live-up to what’s on display here. 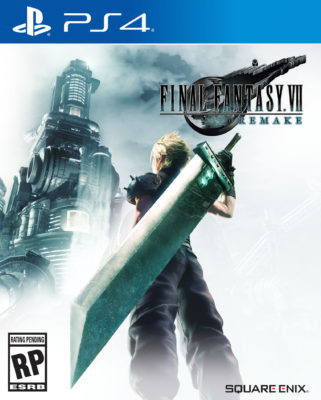