Five Nights at Freddy’s and Funko have so many fun collectibles but it’s not even close to being finished! Earlier this month it was shown that action figures from Freddy Fazbear’s Pizzeria Simulator were coming out. Now some more items from the game are on the way.

Today, Funko announced a line of Mystery Mini figures. They include Rockstar Freddy, Rockstar Foxy, Pigpatch, Orville Elephant, El Chip and others. The coolest part about these though is they all glow in the dark! They are tiny and adorable but you never know what will be inside! Currently, these are listed as coming soon.

Check out the image below to see which characters you will want to try and add to your collection. 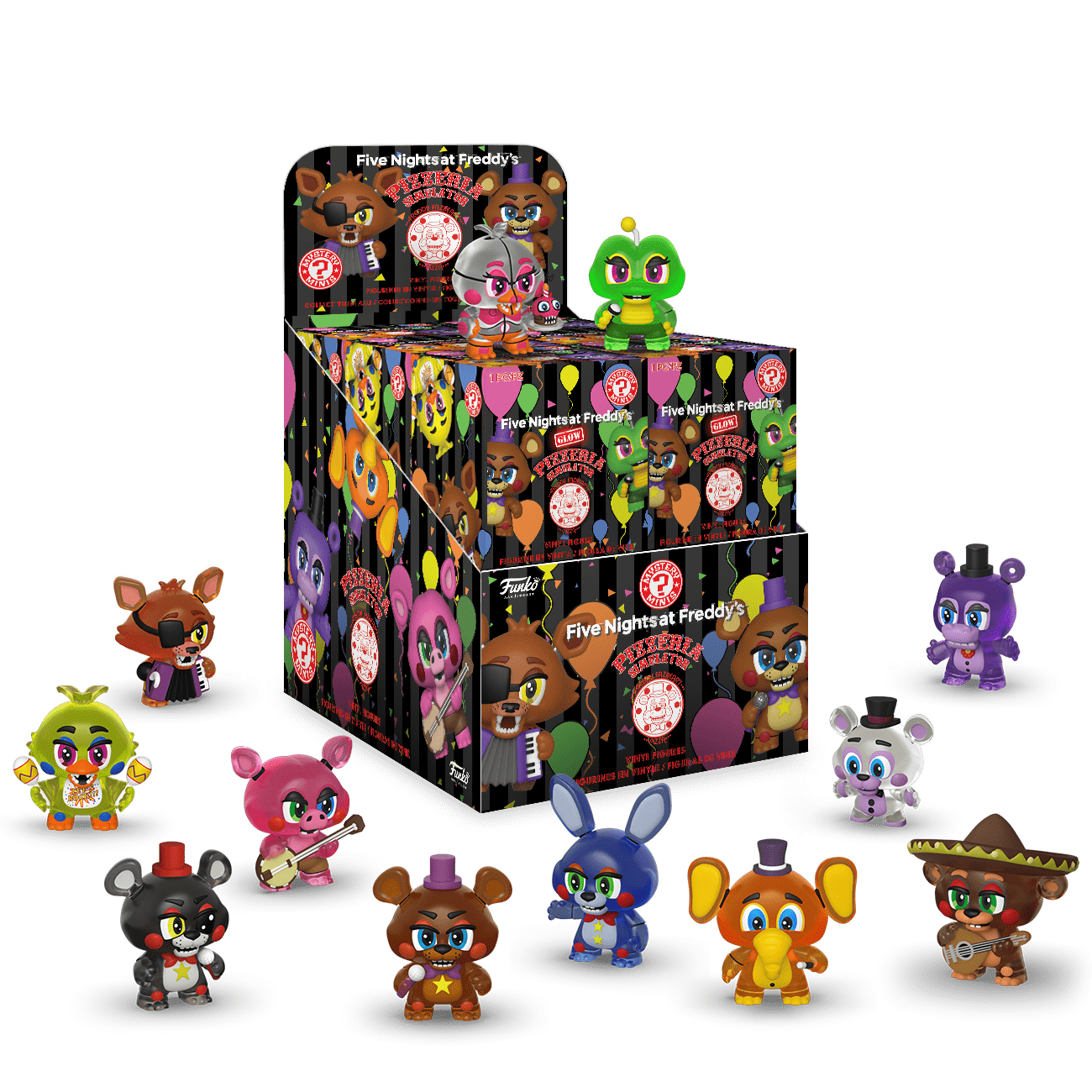