It’s been nearly six years since Teslagrad first hit PC and now the highly-regarded puzzle-platformer makes its debut on portable hardware. After successful releases on the Wii U, PS3, PS4, Xbox One, Android, and iOS, Nintendo Switch and PlayStation Vita owners can now enjoy one of the finest examples of the genre ever made. Using electricity as a conduit to solve puzzles and featuring a lush steampunk-inspired world, the game has received critical acclaim for over half a decade across all platforms. Digitally, Switch owners can get it on the eShop for $14.99 – while Gamestop offers up a physical version for $29.99. Vita owners are limited to a digital release right now. Value Pack versions were also available for pre-order from Limited Run Games, which included some nice goodies like an artbook, instruction card, a tin case, and a large box to house everything. 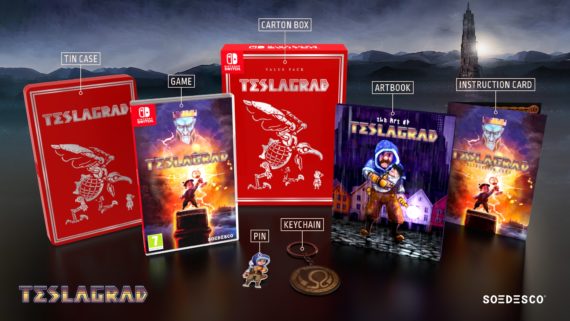