The only aspect that the Huntsman TE shares with the Elite are the Linear Optical Switches, otherwise the design is completely different. Players can expect RGB via the Chroma Studio of the Razer Synapse software, but the Huntsman TE lacks a number pad and has functions built in to the F-Keys such as Game Mode and media keys. The Elite has a dial and media buttons, but the minimalist design for the Huntsman TE proves that it is strictly an eSports keyboard.

The Huntsman TE features a lightweight design with two folding stands underneath the unit to adjust height and angle. It includes a detachable USB-C cable so players won’t be wrapping a cable around their keyboard and hauling around. The RGB that is included with the Huntsman TE is minimal but offers some lighting from underneath the keys. It isn’t going to illuminate the room, but still allows players to see their layout and not be a distraction. The design and key layouts are compact which proves that less is more for eSports players. 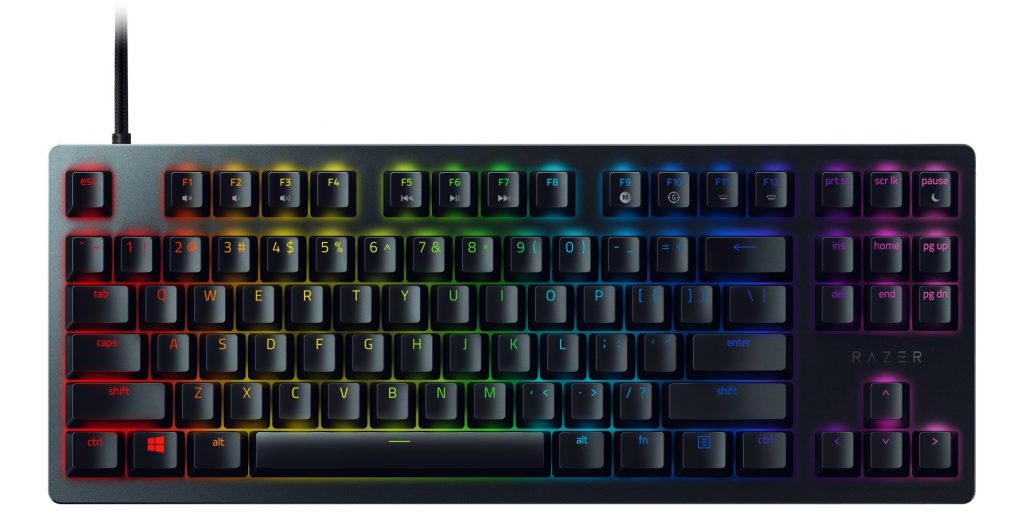 As a personal preference, key feedback is important for me and the Huntsman TE doesn’t really include this like the Huntsman Elite does. Having said that, this isn’t what Razer is going for in the Huntsman TE, instead focusing on speed and fluidity. The more time I spent using this keyboard with the likes of Destiny 2, Gears 5 and The Division 2, the quick actuation grew on me. There isn’t much of a spring feedback with actuation as it feels flat. When doing a lot of commands or just typing, however, the appreciation of the speed and ease of use supersede the desire for feedback. The compact design may be an issue with someone with bigger fingers or hands as usage of the Shift and Control keys can take some getting used to.

The compact and light design of the Huntsman TE are accomplished with a matte plastic. A lot of other companies have gone with aluminum, but Razer is keeping this basic. The key caps are actually comprised of a thermoplastic to allow a tough texture that also won’t allow any wear off of the labels. These are known as Doubleshot PBT Keycaps. The Huntsman TE retails for $129.99 currently and while it may not fit the bill for the gaming enthusiast, its design is exactly what eSports players are looking for. 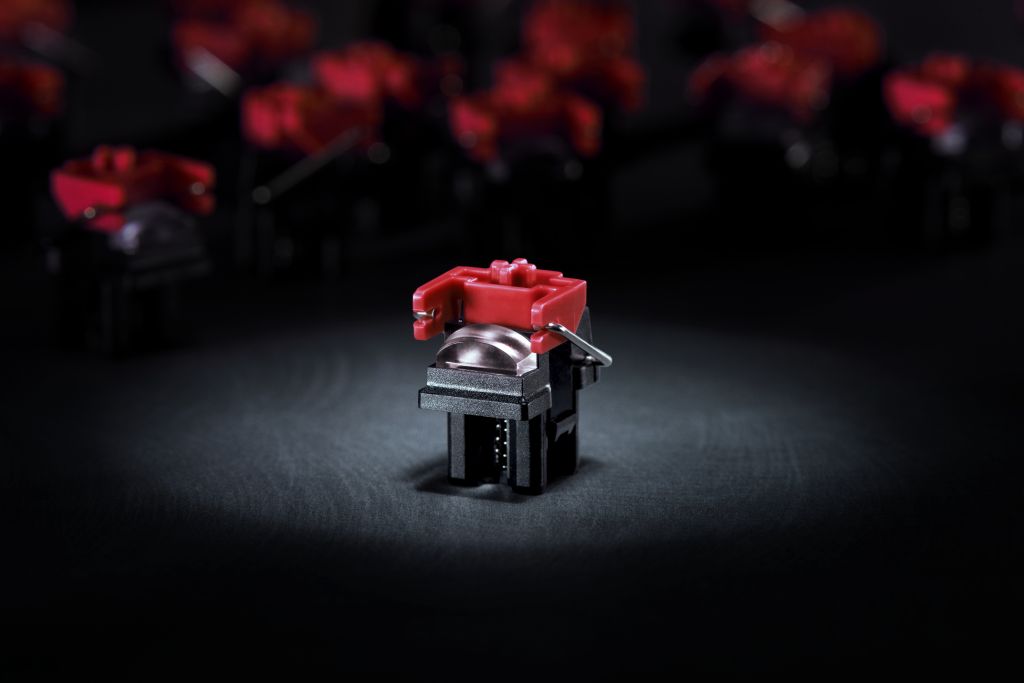 As a regular gamer that isn’t competitive, the Razer Huntsman Tournament Edition may not necessarily be the way to go. This keyboard is built with solid options and a minimalist design that has a focus on speed and durability. For eSports players, the Razer Huntsman Tournament Edition keyboard is everything that they could ask for. The portability is another bonus and the overall durability is another large attraction. The biggest attraction of the Huntsman TE are still the Razer Linear Optical Switches, which registers key presses from the infrared sensors. $129.99 is a solid price point for eSports and competitive gamers who need portability. As for gamers in general, there might be better options for the price.