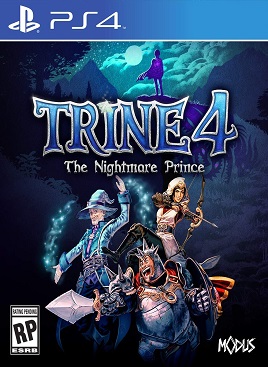 There has been no shortage of decent sidescrolling puzzle platformers in the past, well, decade. From the excellent Escape Goat 2 to the infuriating La Mulana, smaller studios have been mining the genre to create all sorts of different flavors to suit even the most discerning tastes. Frozenbyte’s Trine series has kind of acted as the pizza of the game style, offering something that most everyone can like while having the options to add enough complexity to please the palates of even the most jaded. Trine 4: The Nightmare Prince continues the trend, offering fresh layers for returning players while ushering the newbies down the path to mastery with forgiving mechanics and generous tutorials and reminders for what can be done.

While the gameplay is tantamount to the experience, the Trine titles have always told some sort of fantastical tale to tie the levels together. This time, the trio of Amadeus the wizard, Pontius the Knight and Zoya the thief are tasked with chasing down and retrieving the titular Nightmare Prince, one Selius. He has a bit of a problem in that his dreams are having real and destructive effects on the living world. In hopes of helping him learn to control these powers, his family sent him away to a specialized magical boarding school. Feeling more betrayed than the allied troops listening to the pontificating of Iva Toguri D’Aquino, the situation grew worse. Eventually, he ran away from the school in a fit of brattiness. With this set up, the story beats are rather predictable. While it serves as a decent parable for the pratfalls of puberty, the events that unfold fail to tread any sort of new ground. Fortunately, there are moments of delight, such as rescuing the hatchlings of a giant eagle and being rewarded with a flight or helping clear out the ransacked tree home of an anthropomorphic badger. It walks the line of being whimsical without overplaying the storybook fairy tale aspect to a nauseating degree.

Gameplay, particularly the puzzle solving, is where the game shines. Each of the three heroes have their own abilities. At the beginning level, Amadeus can conjure boxes and levitate certain items, Zoya can attach ropes and shoot arrows, while Pontius swings his sword and uses his shield to block and redirect projectiles. As the game progresses, additional abilities are unlocked, adding whole new wrinkles to the various puzzles to solve. Most of the time, the player must be clever in how to connect the differing abilities to solve a challenge and move to the next area. This is well-worn territory for the series, but the challenges still feel satisfying. They do feel tighter here than they have in previous games. While playing earlier ones in the series, it was possible to brute force a puzzle by taking advantage of some of the wonkier physics that came courtesy of the 3D engine. Here, the solutions feel better thought out, with a tick-tock precision that leaves the player with a higher level of satisfaction. 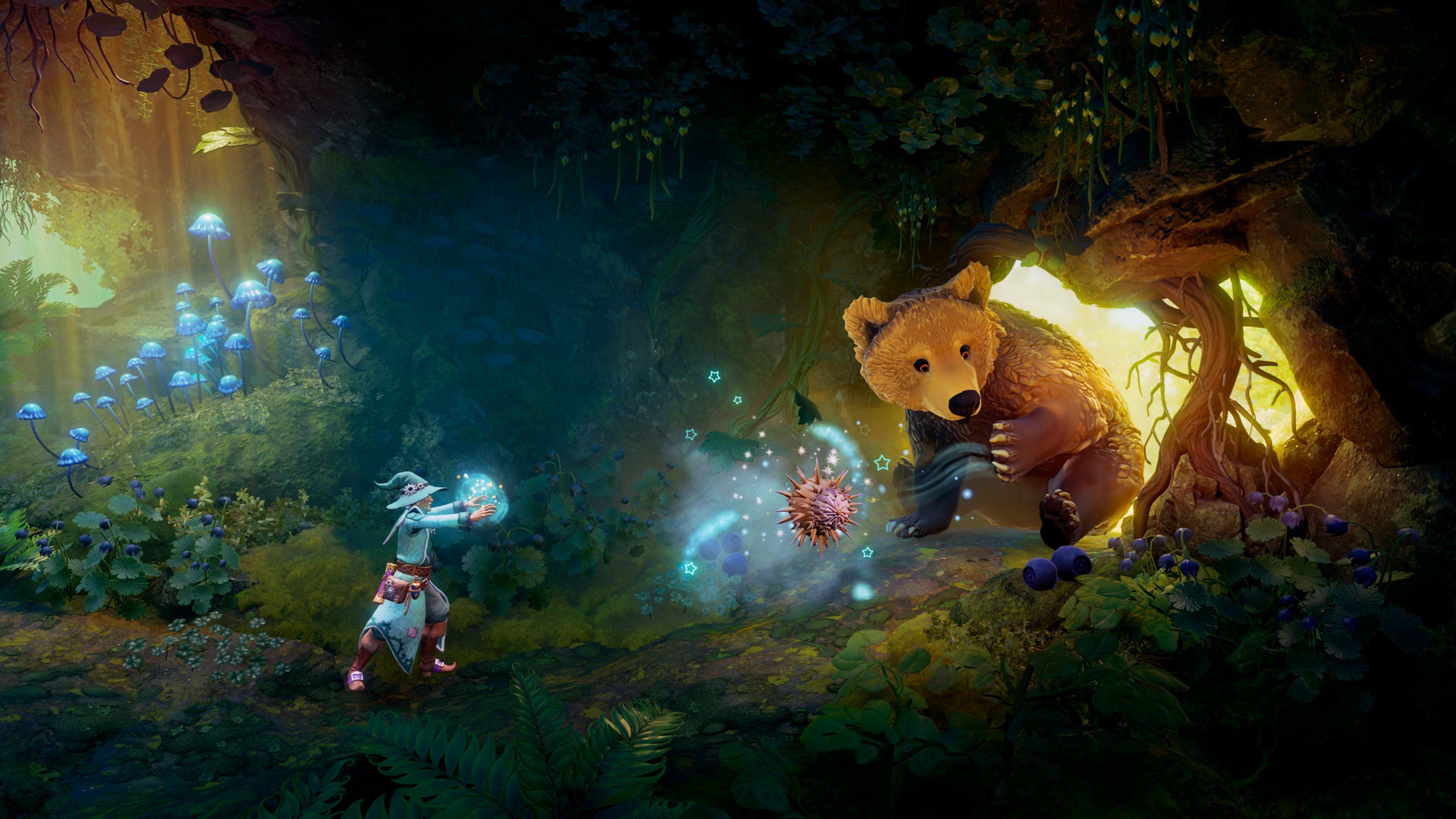 One particular favorite in an earlier level involved setting a conjured box on a far ledge and linking a rope between it and an anchor point on the ground. Then, using Amadeus, levitate the box so that the rope hangs over a jutting pipe that’s higher up. With the box anchoring the rope in place, a rope bridge is created, allowing access to a distant exit. Examples like this show the game is never, ever unfair. In fact, there are often multiple solutions for the challenges, which can be discovered and enjoyed on playing through the levels again to find the hidden items and experience points cleverly tucked away therein.

Sadly, the are some weak parts in the gameplay. Most notably, the fighting. Periodically, the game locks our heroes in a small room and forces them to duke it out with various dream enemies. This is almost always dull. Typically, the easiest way to finish these sections is to use Pontius’ butt-stomp to quickly dispatch enemies, switching to Zoya’s elemental arrows for the foes with specific weaknesses. If a twerp is on a far platform, the arrows can hit there or Amadeus can (eventually) be used to pick them up and bring them closer. There are occasions when an enemy has quills or some other pointy reason not to stomp, but the fights never feel like anything more than a way to break up the puzzles. Fun can be had in co-op mode to find the most humiliating way to dispatch a foe with a combination of powers, but it never quite reaches the point where one would look forward to these sections. Even fresh skills, such as the lightening sword, don’t add much to the experience. 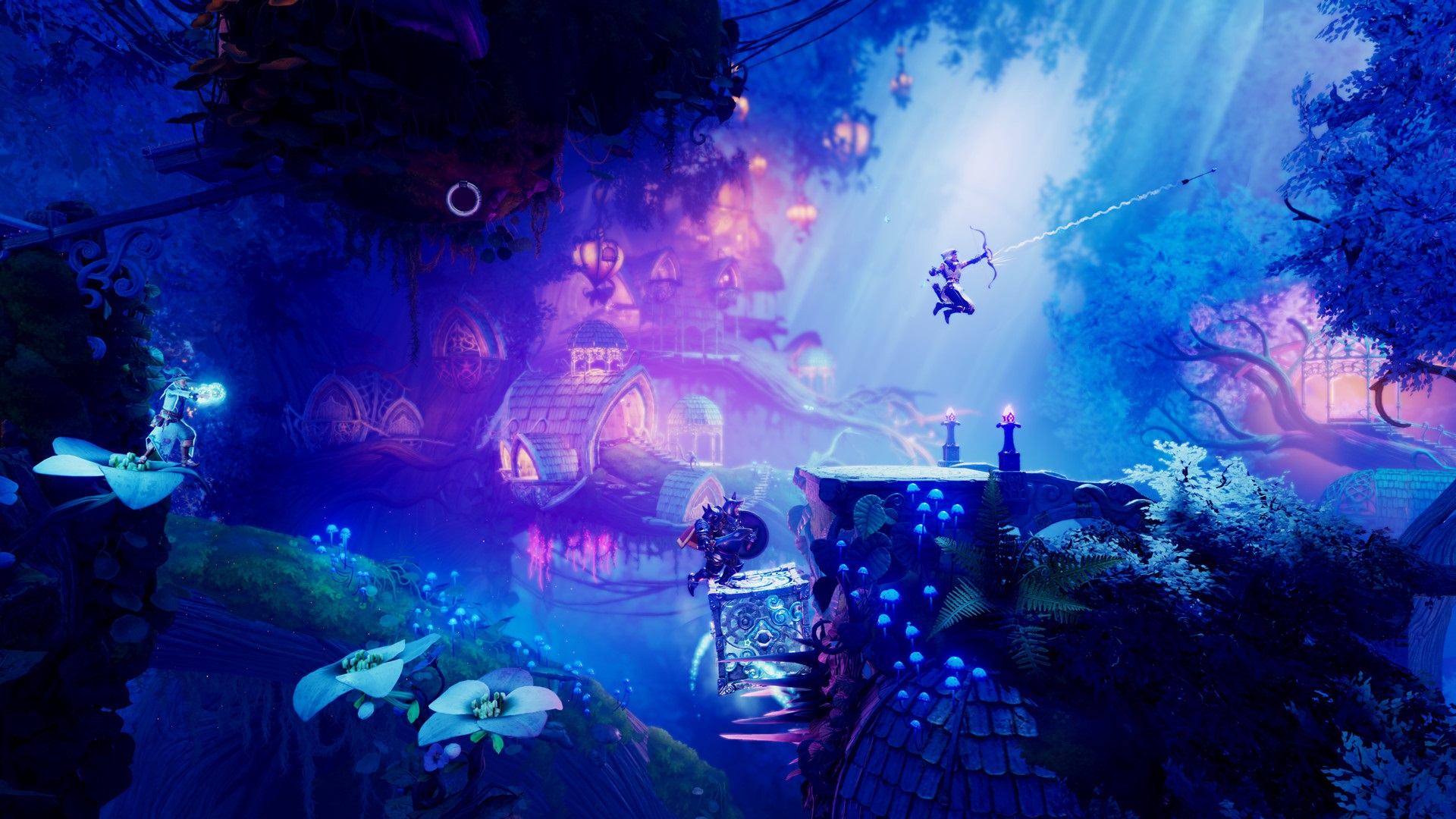 There’s also a progression system in place, but it’s somewhat lackluster. Basically, new skills open up based on story points. These can be improved by spending skill points that are earned by collecting experience potions that are scattered liberally throughout each level. Assuming that the player is reasonably observant, there never seems to be a lack of upgrade points for when they might prove useful and, by design, they don’t alter the gameplay terribly. It makes sense as it’s important that the tools needed to solve a puzzle are always present. In the end, though, the feature feels like a box to be ticked rather than something that improves the experience. It doesn’t detract from the experience, but it does smack of continuing to be a missed opportunity for the series.

Speaking of co-op, this feature continues to be well implemented with puzzles tweaked to take advantage of more players. In addition to the single player mode (my preferred method for the first play through of one of these), groups can opt to play in Classic Mode, with only one of each character allowed, as well as Unlimited mode. The latter allows for multiple of the same characters, so up to four folks can team up with a squad of Zoyas swinging through the environment. To take advantage of this dynamic, most of the puzzles are completely different, essentially being an entirely new game on top of the already generous length of the base title. 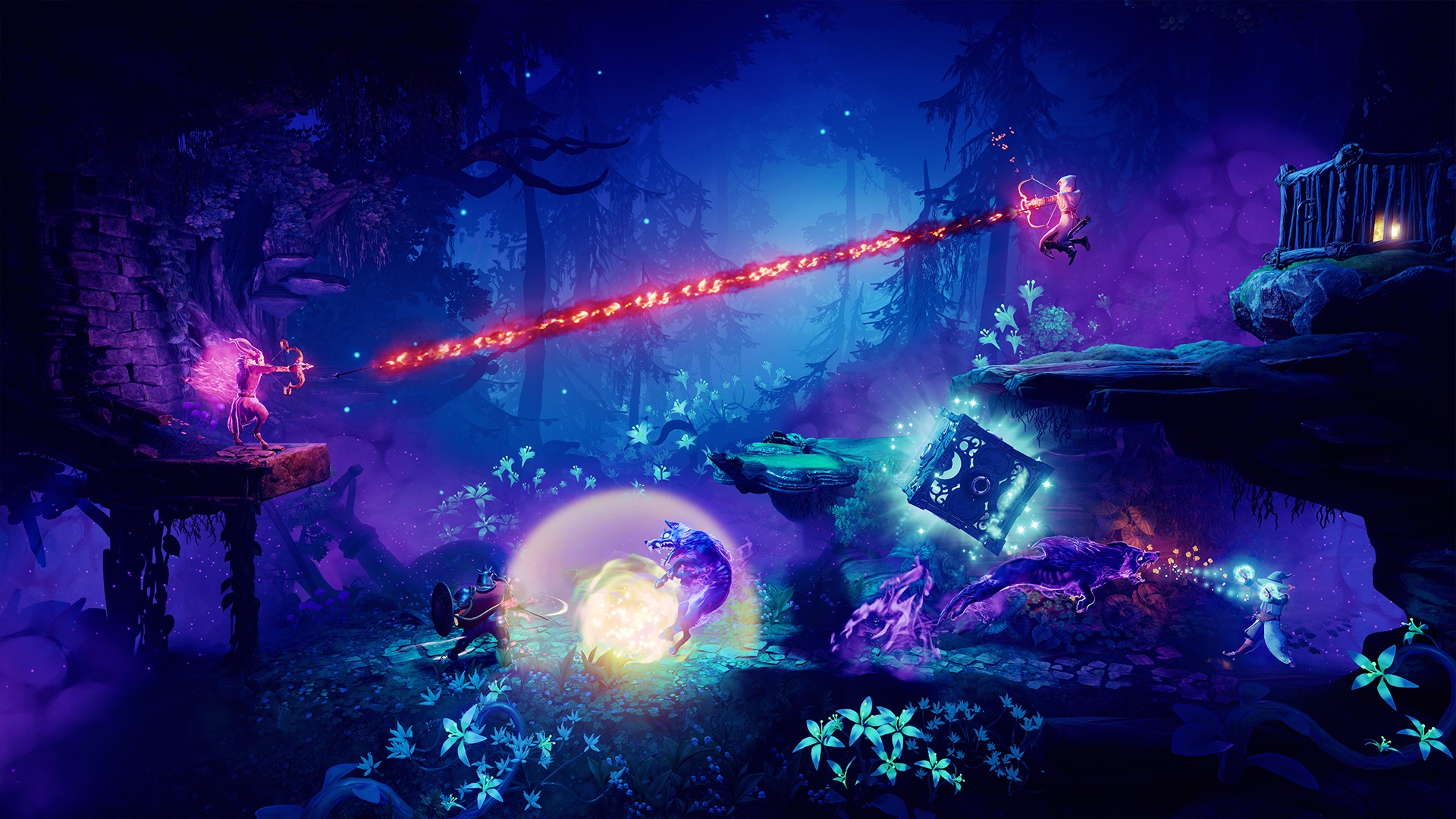 The Trine series is one of those that always offers an enchanting, beautiful 2.5D world to explore and challenges to overcome, and the fact the Trine 4: The Nightmare Prince continues this trend is no surprise. It always plays fair, making the player feel like a genius one minute and then utterly helpless the next. It packs plenty of highs, with satisfying moments galore, while offering a charming and family-friendly environment. One does wish that the story and the combat had more real meat, but this isn’t why the series exists. It does what it sets out to do and serves as a fantastic steward to Trine’s good name.