The release of Ghostbusters: The Video Game Remastered should have been something insignificant. With all manner of high-profile titles releasing in October and November, an old Ghostbusters game should bear almost no significance whatsoever. This is likely true for many gamers out there, but not for some of those who originally enjoyed it during the PS3/Xbox 360 generation. For us, the game is kind of a nostalgic experience even though it’s only ten years old. It seems odd at first, but not when one thinks about what gaming is now versus what it was ten years ago. Put simply, modern gaming is a very different animal than it used to be.

From beginning to end, Ghostbusters: The Video Game Remastered is obviously a product of the late 2000s. It’s linear, casts the player as a mostly unimportant role and doesn’t trust them with small actions like opening doors. It’s also creative in several small ways. Capturing/defeating ghosts varies between each ghost type and the act of wrangling them into the trap is still unique even ten years later. The technology the ghostbuster carry around on their backs gets ever more zany and dangerous-looking as the game progresses; there’s even a system that keeps track of just how much collateral property damage is caused during the ghost-catching process.

The sum of all this is an average game for the time. It isn’t all that long and isn’t all that impressive in terms of its visuals, but it still delivers a charming and memorable experience. In other words, it’s something that’s almost never seen outside of the independent space nowadays. Big publishers like Activision, EA and Ubisoft have largely moved-on from investing in mid-to-low budget titles like this; the reason being money of course. 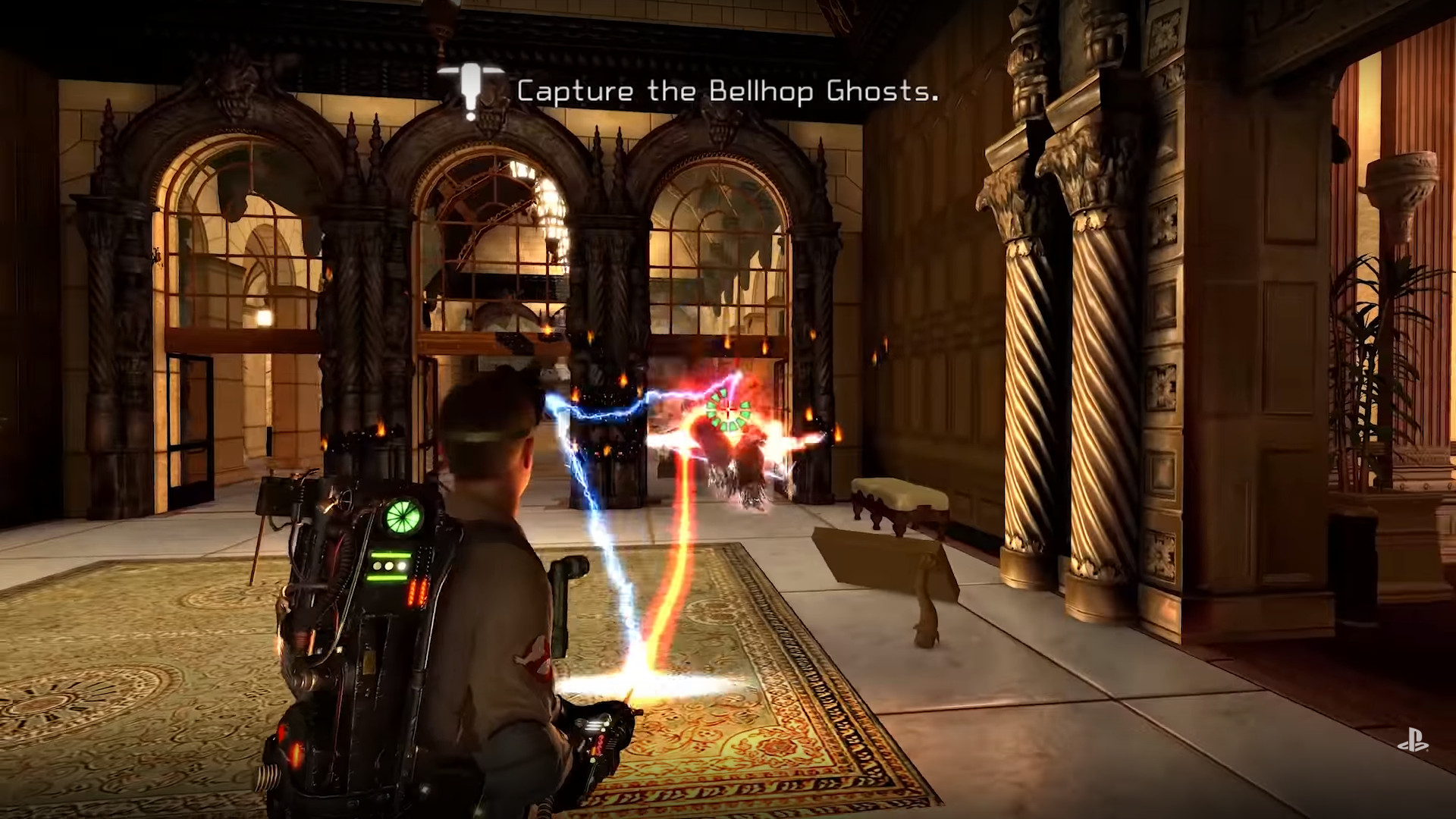 Games with modest budgets tend to only generate modest return and that’s just not good enough for the modern mega-publisher. Massive companies require massive profit if they want to keep growing and pleasing investors, so it’s no surprise that they’re only interested in producing massively-budgeted games capable of yielding massive and constant return. It’s been working quite well for them too; Activision and the other major publishers are bigger now than they’ve ever been, so one could definitely argue that this path is good for business. Those business gains have taken a toll on the craft, though; all it takes is one look at games like Call of Duty: Black Ops 4 and Ghost Recon: Breakpoint to see that.

It’s in the midst of this that Ghostbusters: The Video Game Remastered is released. It’s a simple experience from a largely bygone era in the gaming business. Publishers already had their hunger for mega-hits like Call of Duty and Guitar Hero, but those games weren’t their only interest; that’s just not the case anymore these days. AA games like this one still live on thanks to the efforts of publishers like Focus Home Interactive and Devolver Digital, but it’s still an increasingly rare breed nonetheless and that really is a shame.