Square Enix and Dontnod Entertainment today announced that Life Is Strange 2 will receive a physical release in North America and Europe.

The Life Is Strange publisher confirmed two versions — Standard Edition and Collector’s Edition — and they will be coming to PlayStation 4, Xbox One and PC.

The Standard Edition, which is priced at $39.99 (€39.99/£34.99), includes all five episodes in the adventure title, Arcadia Bay-themed patches to use on Sean’s backpack and access to Life Is Strange spin-off title The Awesome Adventures of Captain Spirit.

The moment many of you have been waiting for… #LifeisStrange2 is getting a physical release on Xbox One, PS4 and PC!

The physical release is available to pre-order now: https://t.co/dxdBOG2rlO

Find out everything you need to know about it here: https://t.co/DyLF4P2LPG pic.twitter.com/rHUbPQ9vLJ

Square Enix has also confirmed that the Collector’s Edition is exclusively available through the Square Enix Store for both U.S. and Europe.

According to a Tumblr post, both versions of the five-part episodic title have separate release dates for each region.

Life Is Strange 2’s physical release is slated to launch in Europe on December 3. Meanwhile, the physical versions will arrive in North America on February 4, 2020.

Square Enix said that the different release dates was “nothing personal” and suggested that the rating system in different countries had pushed back the North America launch date.

The publisher explained: “Different countries have different requirements when it comes to rating the content on the discs and, in some cases, this means that a game (or episode) can’t be rated until it’s complete and submitted, even if it’s not on the disc, which is why the game will be releasing later in the Americas.” 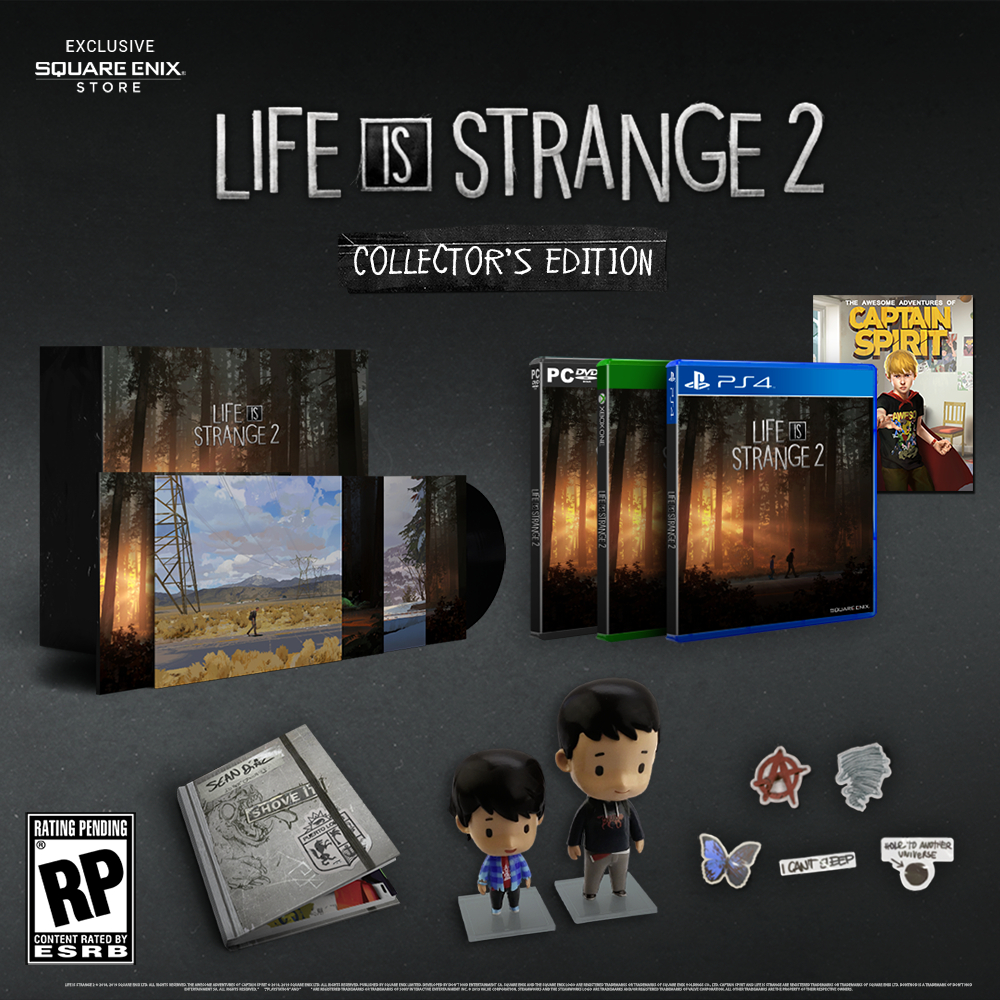 The critically acclaimed title follows the story of brothers Sean and Daniel, who flee from their home in Seattle after an incident involving the police.

The two brothers hit the road as they attempt to return to their father’s hometown of Puerto Lobos, Mexico.

Life Is Strange 2 first launched in September last year with the release of Episode 1: Roads for PS4, Xbox One and PC.

The penultimate episode was released back in August, while the fifth and final episode is slated to launch on December 3.

Square Enix has announced plans for the Life Is Strange sequel to be released on Linux and macOS in 2019, though an official date has not been confirmed for the port.

Last month, the publisher confirmed Dontnod’s title would be heading to Japan for console and PC.