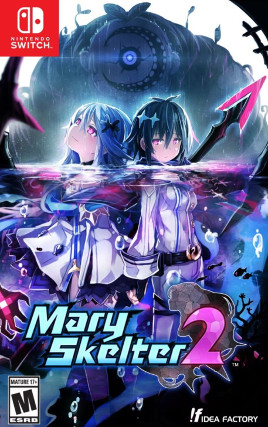 The original Mary Skelter’s Nightmares brought players into a horrific otherworldly hell called Jail, filled with abominable creatures called nightmares. It was a first-person dungeon crawling adventure, filled with imaginative and terrifying environments in quest where Blood Maidens tried to massacre their way to safety without succumbing to madness. Gore and insanity were spliced into the story and game mechanics, and Mary Skelter 2 continues to build on this theme. A regular mundane jail on this planet is a place that no reasonable person wants to be, and when Jail is a living entity containing grotesque creatures that hunt you like prey and mental anguish chips away at your sanity, it can truly be a nightmarish place. Or a fun setting for an RPG.

The Jail is a bit worse than the typical county lock up; it’s a living prison that feeds on the humans trapped within, twisting them into terrible creatures called Marchens and the appropriately named Nightmares. Otsuu, Little Mermaid and other characters whose monikers may be recognized from fairy tales or Disney movies are part of a group known as Dawn that is attempting to survive this terrible place. Upon discovering some prisoners to rescue two captives of note are Jack and Alice. They join up with the members of Dawn but things quickly take a wrong turn. The group is attacked by a nightmare, Alice has some incredible power unlocked by she goes into some bloodlust frenzy. The group gets separated and Jack is critically injured. In an attempt to save Jack, he ends up transforming into a Nightmare but is able to hold onto enough of his humanity where he stays with the party.

The core gameplay of Mary Skelter 2 is similar to its predecessor. The player moves through a first-person perspective dungeon built on a grid system and fight monsters through random encounters in the standard traditional JRPG turn-based format.  An interesting component in battle is how Jack and Otsuu act together. This means that Otsuu gets two actions, which he can take them both, Jack can act twice or each of them can act once. Early on this is a convenient feature, allowing Jack to make a powerful attack twice in a single turn but using Jack’s nightmarish powers can shift the tide of battle to the player’s advantage. This tactic does have its inherent risks as this increases his heart rate. If his heart rate reaches a certain level he will turn into Ripper Jack causing him to go into a berserk frenzy, attacking friend and foe alike. This can sometimes cause Otsuu to go into blood skelter mode which would mean having two powerful berserk party members. Having Ripper Jack occur three times in a single battle leads to game over, but this is assuming the player can survive three occurrences of this in a single skirmish. 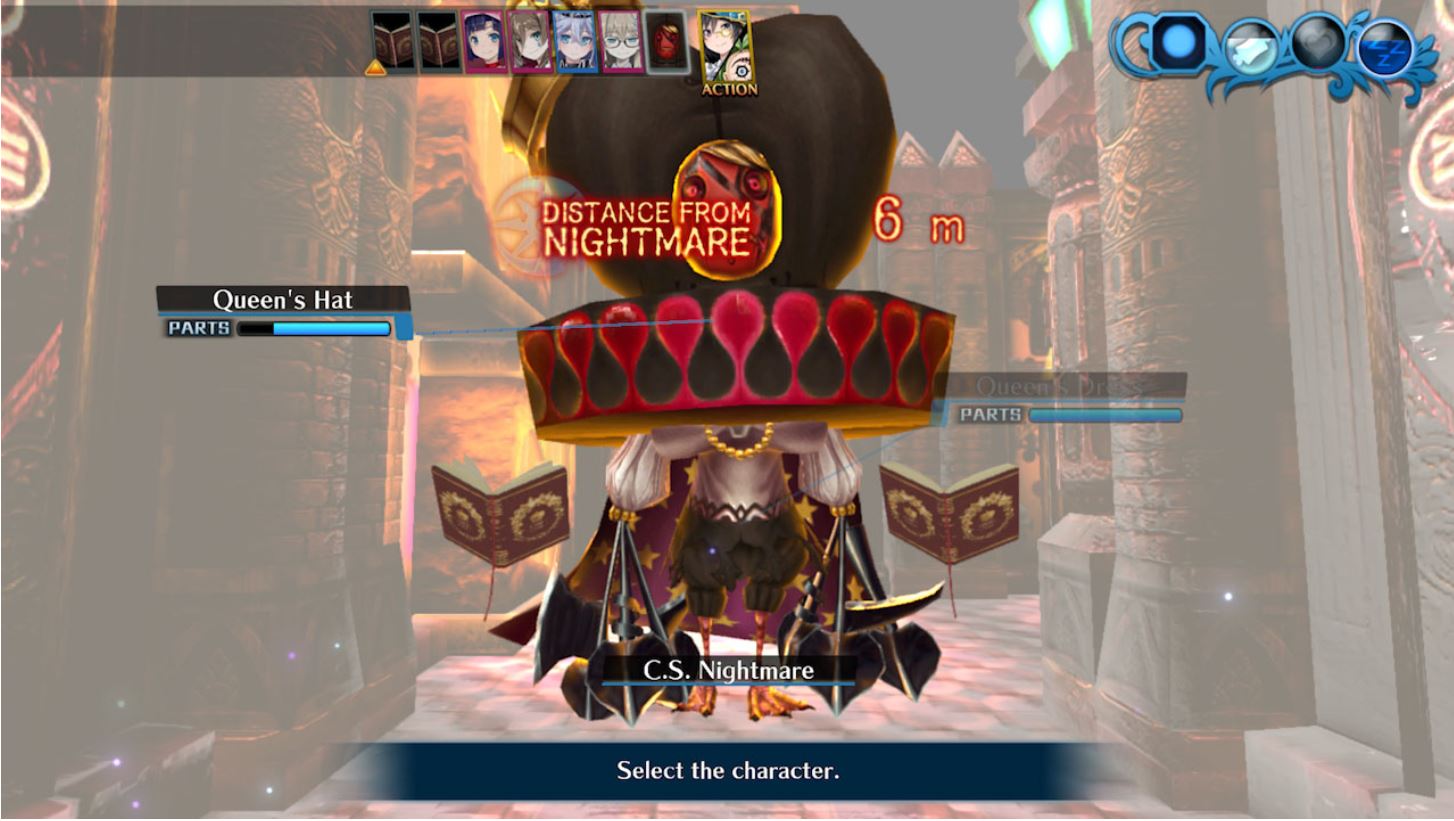 Each of the blood maidens in a player’s party can switch between five different jobs. The jobs have different abilities and can even change the blood maiden’s appearance. What’s interesting about this system is the player can choose which skills they want to learn by spending CP on them and can combine different skills from different jobs. This allows the player to craft their own blood maidens to fit into their individual playstyle. If through trial and error the player ends up with a blood maiden build they aren’t satisfied with they can use blood devolution to reduce their level in exchange for CP so the character can be rebuilt into something more desirable.

The dungeons themselves can be dangerous even when the player isn’t in combat. There are various spike traps and pitfalls scattered about that can be treacherous but nothing is as deadly as the white mist. Veterans of Mary Skelter: Nightmares will know what this means. When the white mist appears that means a nightmare is nearby. The player needs to run and create enough distance from the nightmare to make it go away. The nightmare will still advance when a menu is open or the player is engaged in battle. Blood splatter can be used to keep marches out of the escape path to help prevent battle from blocking escape. If the nightmare catches the player battle will commence. The nightmare cannot be defeated but it can be temporarily incapacitated so the player may resume escaping, for the nightmare will not stop until all party members are dead or the player reaches a safe distance. On a less dangerous note, there are certain traversal puzzles that certain character abilities will be able to overcome, such as pulling a metal door open or filling a pitfall in a narrow hallway. 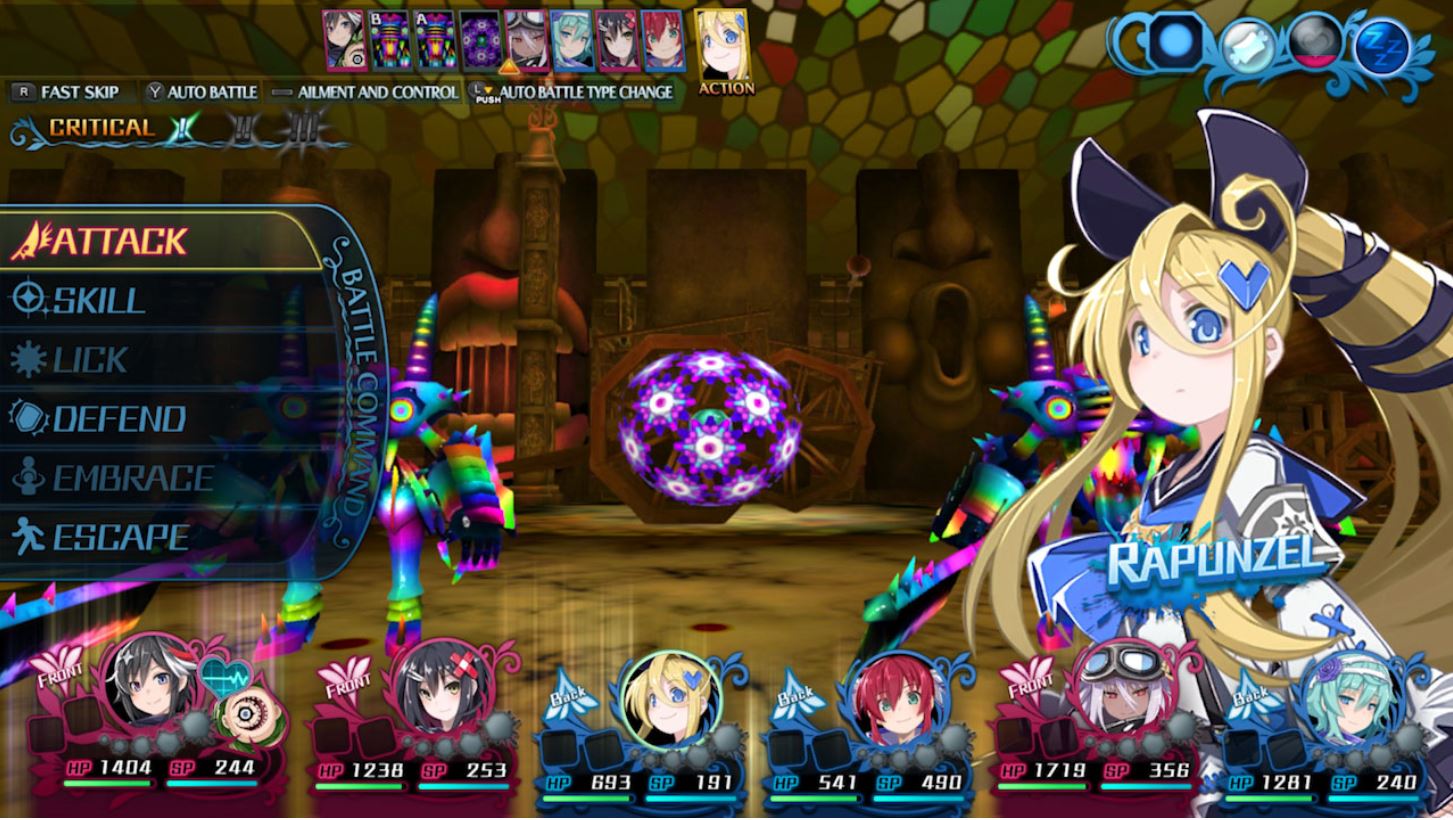 Mary Skelter 2 plays similar to its predecessor, which for the most part is a delight. Like its predecessor, the beginning couple hours of the game feels like there are more cutscenes and tutorials than actual gameplay which can be a bit of a slog to get through but things get better as the player advances. The game uses a format that is similar to old first-person RPGs where the player explores a labyrinthine grid. The story is dark and creepy but in a good way, and the customization for the blood maidens makes leveling up and choosing skills more interesting. It’s a slow burn early on but after a few hours Mary Skelter 2 turns into something fans of the genre will appreciate.

As as added treat, the original Mary Skelter’s Nightmares is included as a free download for those how purchase Mary Skelter 2 upon launch. During the review we were unable to examine the revamped version of the original but getting the former PlayStation Vita exclusive on the larger handheld screen of the Switch is a nice bonus. The original offers an expanded glimpse into the Mary Skelter universe and showcases a different side of Jack. 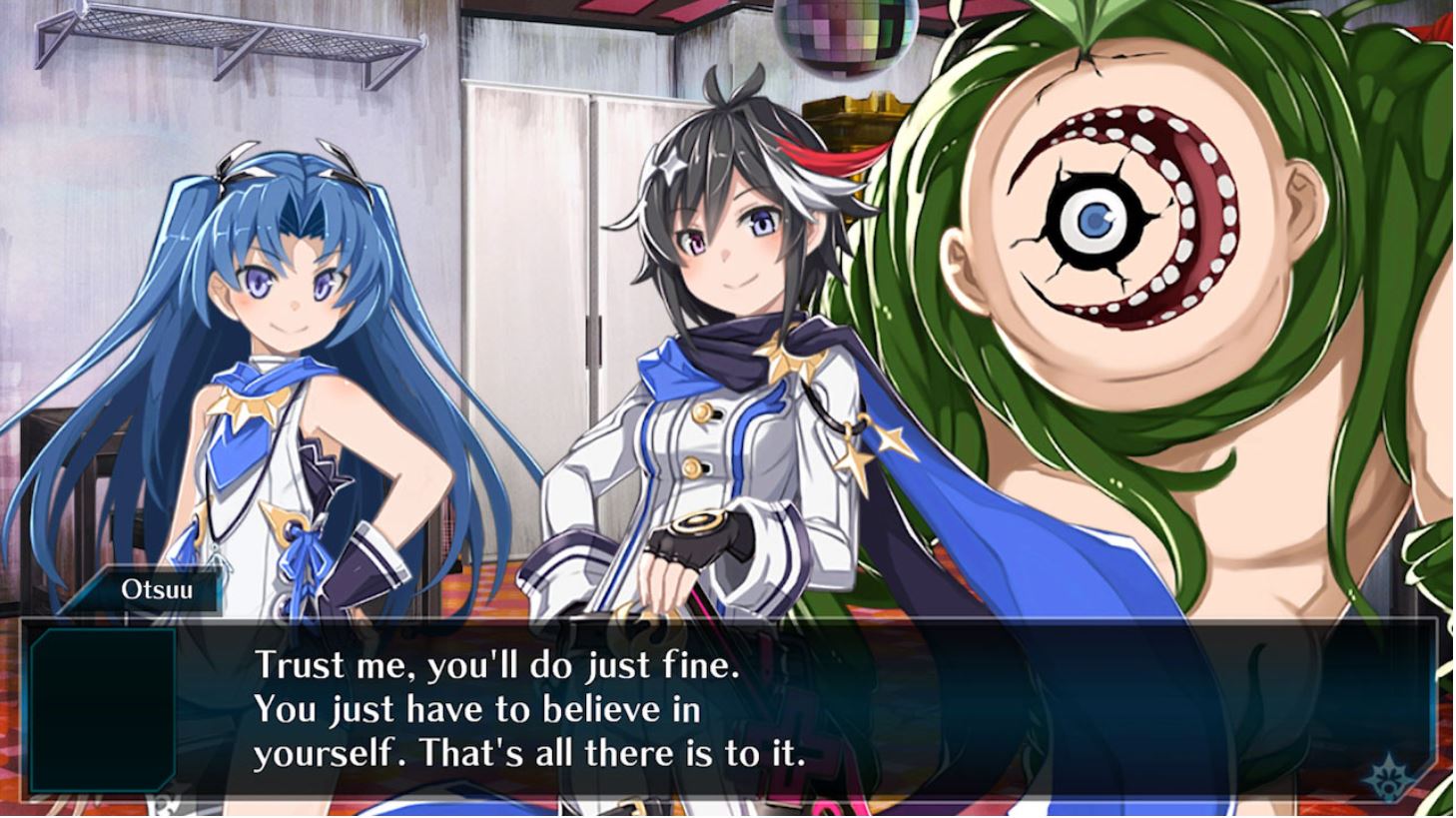 Mary Skelter 2 is a welcome return to the horrible living Jail and anyone who is intrigued that missed the original Vita release is taken care of with the added bonus of the original game as a free download. The gameplay isn’t exactly groundbreaking but there’s enough going on to keep the formula feeling fresh with the environmental puzzles and hazards along with the customization of blood maidens. Compile Heart/Idea Factory titles have their own weird charm about them and those familiar with their other titles will find that same comfort with this one. Overall Mary Skelter 2 is a fun dungeon crawler that finds a healthy balance between levity and disturbing.