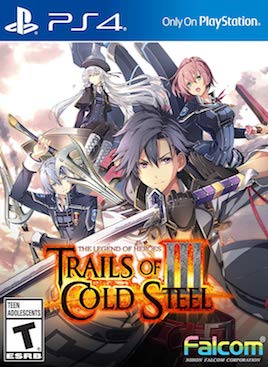 The Legend of Heroes: Trails of Cold Steel III

As strange an introduction this may sound, one can’t help but come away from Trails of Cold Steel III reflecting on the minor disappointment with the areas it falters in, as opposed to those it undoubtedly triumphs in. Contradictory a focus it is given the intention of this particular format of written content (namely, the review) and how we’re meant to encourage, not discourage, investment in good games. But Trails of Cold Steel — Nihon Falcom’s latest sub-series in the grander, long-running Legend of Heroes franchise — is a bit of an odd fellow. On the outside, its chosen art-style and aesthetic may seem anchored in cliche and admittedly there’s no shying away from the third entrant’s continued indulgence in that contemporary anime foray. But toss aside those initial prejudices and it’s not long before you realize that the 2015 starting point, not to mention its 2016 follow-up — considered by many to essentially be the “second-half” in what is a much-grander, behemoth of a tale — revealed itself as a near-unrivaled example of the heights JRPGs can still strive towards.

An almighty benchmark was thus set with the series’ first two games and it’s partially via this lofty expectation and aspiring to be wholly impressed a third time over why 2019’s Trails of Cold Steel III seems, in the briefest of glimpse, as a minor let-down. If you’re reading this, no doubt you’re already aware of the level of praise this run of titles has garnered, and hopefully, you’ll see where I’m coming from in that less-than-enamored consideration. The series’ proper transition to home consoles (and for the time being, that availability remains tied to Sony’s system) does throw up one or two issues along the way, both technically and in regards to its delivery of content, but by no means is this a death by a thousand cuts scenario.

Three games, countless hundreds of hours and many a layer-atop-layer of mechanics later, Trails of Cold Steel remains one of the best interpretations of the genre we have going. A consistency only series like Yakuza can rightly claim to match with their own separate formula and premise. A recurring trend that remains prominent throughout a player’s time here lies in how well (impossibly so, even after two previous titles) Nihon Falcom manage to pack so much into so little a time and space. Be it on the gameplay front — where turn-based combat opens up a plethora of useful tactical moves and mechanics players are wise to keep a note of — or simply in its story, where more than a dozen-or-so characters can share the figurative stage at a given time (critical to the plot or otherwise). Once more, this over-indulgence shouldn’t work and yet Trails of Cold Steel III makes this work by slowly [re]introducing all key components at a steady pace but making sure players find a reason to care about what’s on show. 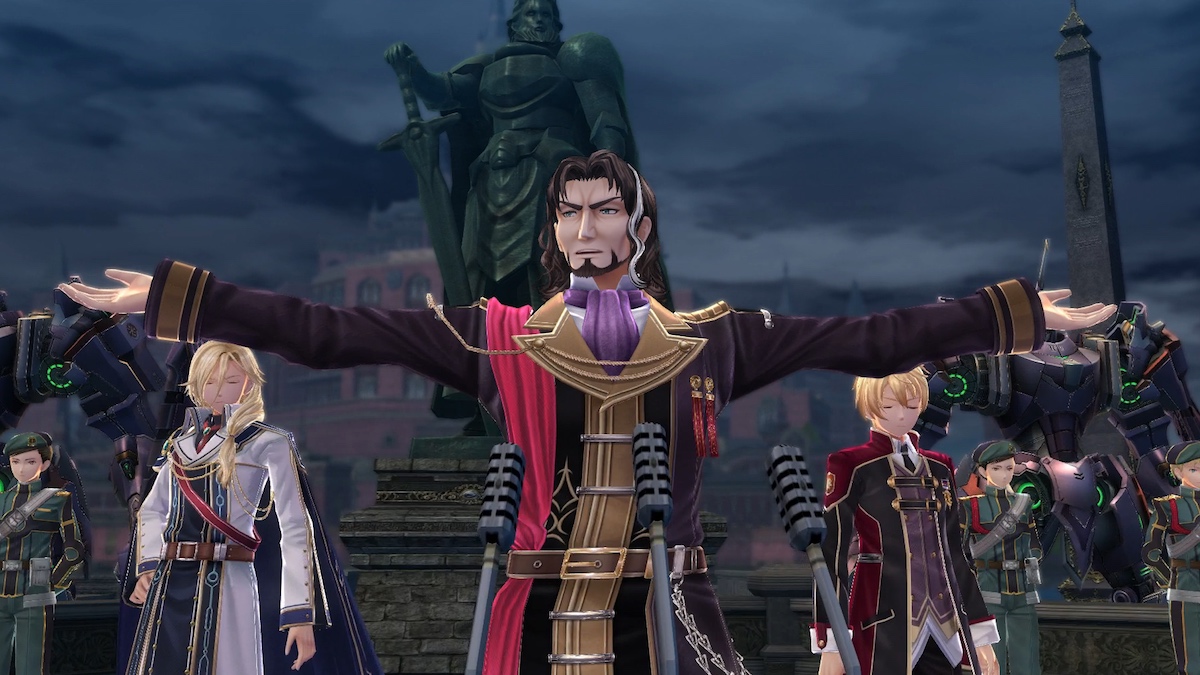 In terms of combat — where main protagonist Rean Schwarzer and his troupe of up to three former classmates or students take the reigns to dish out attacks, crafts and ARCUS II-powered Arts — all of the tricks and turns of the first two games return in glorious fashion. From the crucial act of unbalancing enemies so as to initiate a Link Attack — accumulated Bravery Points potentially benefiting the scenario evermore — to the flashy (ridiculously so, yet performed in that self-aware acknowledgement of its own silliness) S-Crafts that beg the question on whether to initiate them at 100CP or, a riskier move, saving up until 200CP is accumulated so that the attack is even stronger. Even the new Break System which acts similarly to Octopath Traveler‘s enemies having a numeric value to their defense. Depleting it, in Trails’ case coming in the form of a secondary bar beneath HP, causing not only a foe to miss a turn but wind up more vulnerable to regular and all form of affinity-based attacks alike, whereupon said defense fully restores by the next turn.

To those who make the third game their jumping-in point, all this terminology can seem both intimidatingly complex and needlessly so, yet each component to Trails of Cold Steel’s combat serves the greater whole — remaining charitable in the sense that regular encounters can be won without ever digging deepest into everything the game has to show. Better still, encounters always find a way for each of these mechanics to tie in and feed off one another’s potential — further teaching players through flexible means. There are many forms of strategy and pay-offs to be had (and that’s without mentioning the XP multiplier that rewards the fulfillment of brief deeds and achievements in-battle) and once more, Trails of Cold Steel III finds the perfect balance between all these areas, without sacrificing on the incessant need and desire to master all parts present. There are many more elements, old and new, that find a means to slot into play — plot-based or not — including an expansion on even the game’s mech battles, but to spoil them on would be to undermine just how rewarding it feels to get a hold on everything at play in Trails of Cold Steel III‘s combat. 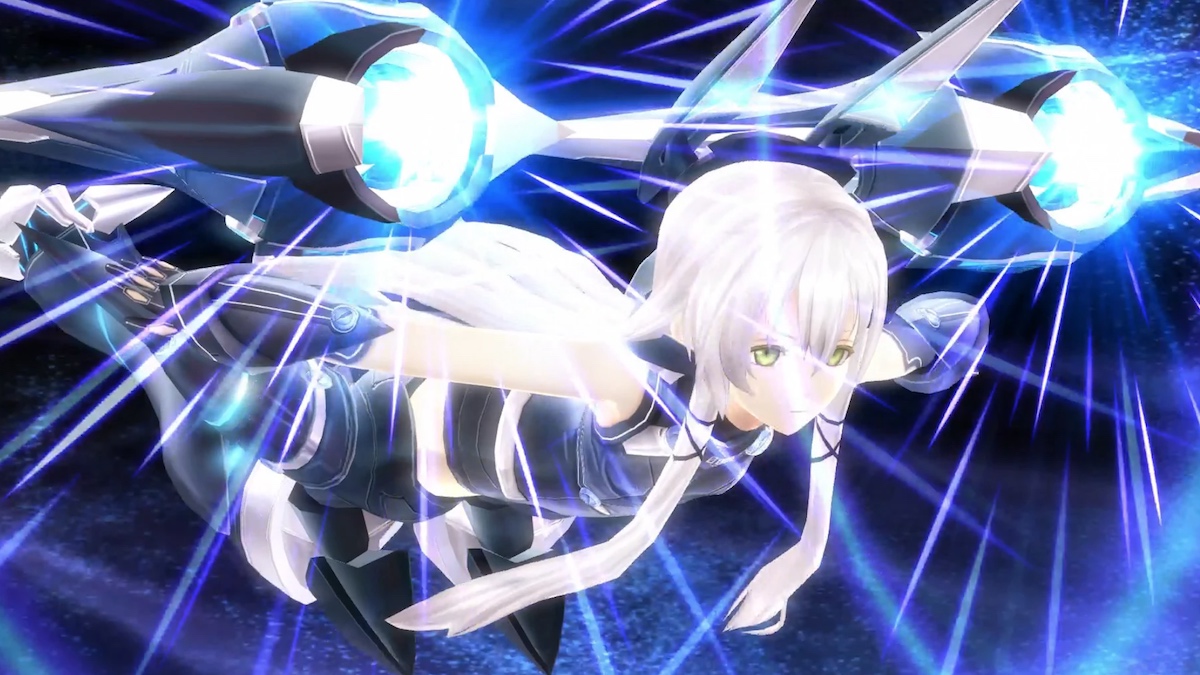 Mastery is one area the game again requires players to achieve when it comes to facing off against the more story-orientated antagonists and would-be “boss” segments across the five lengthy chapters. There is a slight nitpick to raise in that the third game sadly doesn’t appear to account for the previous two game’s similar, though brief, frustrations in that players will often shift between feeling over-leveled and under-leveled when swapping from regular enemies to major plot moments throughout. While gaining an understanding on the turn-based combat’s many functions (as much its scope of unpredictability with how buffs, turn orders and raw luck can play into proceedings) does go a way’s to helping in achieving victory, Trails of Cold Steel III can still often come off like it hasn’t quite found the perfect curve of difficulty across the entirety of a player’s adventures. That said, boss battles remain satisfying to conquer and are never shy in throwing up some surprises along the way in assuring players pull from every corner of the combat system.

The second key area is naturally the story the game presents and it’s surprising still how much Trails of Cold Steel III continues to exposit and shed light on in regards to the fictional setting of Erebonia as well as the ramifications of the past two game’s events. Keep in mind that the narrative is rarely shy from having characters and key players from many a faction and group thrown into the mix, Nihon Falcom still find areas with which to keep players intrigued and fixed on how events may or may not unfold. Where certain characters’ allegiances lie or how, as noted, the events of the past two games play into the general unease that gradually builds over the course of the game. It’s somewhat of a disappointment that III‘s new characters — namely the new Class VII — don’t get as much the same impactful fleshing-out or sufficient screen-time for the obvious archetypes and personalities to subside in favor of more interesting nuance. The best moments to be had, from a purely character-led scenario, are of Rean reuniting with his old classmates — temporarily teaming up to further unravel the history as much potential future of the world around them. 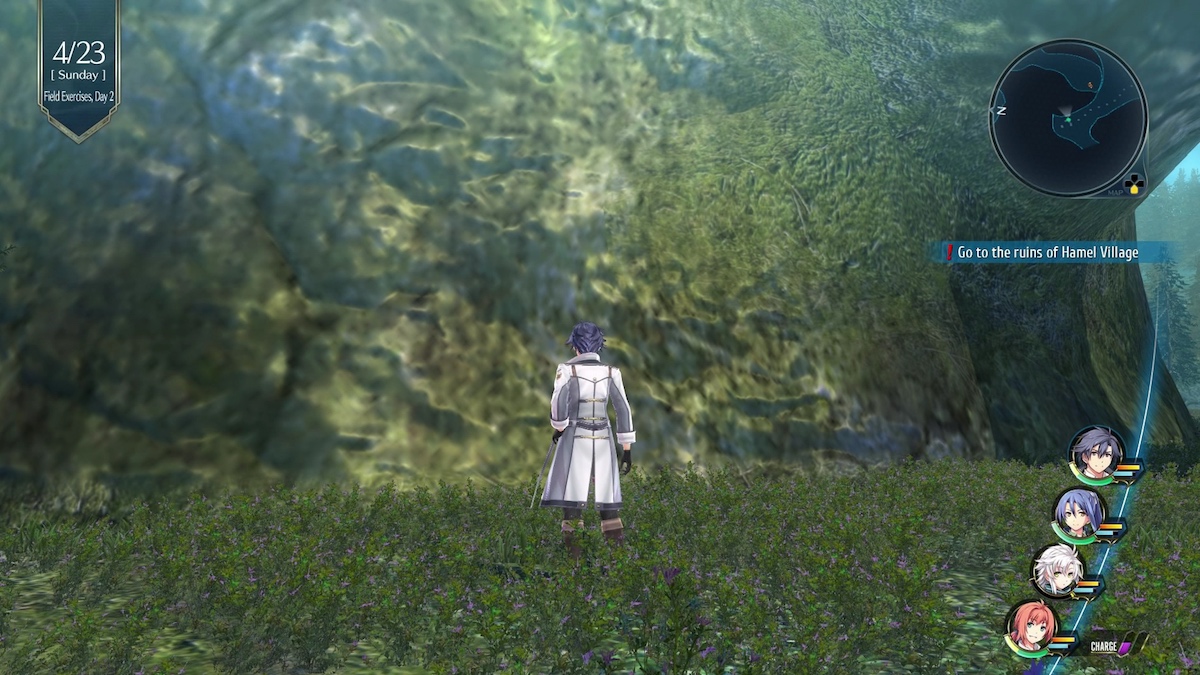 Whether it’s a fault of the game’s desire to commit to both the new and “old” Class VII that Rean finds himself traveling across Erebonia with (as a result, the game going through similar motions as the first game in that social/school-orientated motif) or simply a cost of the increased narrative and expository scale the game attempts to deliver. Or even the fact that moments of conversation and reflection are often tainted by certain characters simply speaking for the sake of speaking — interruptive cutscenes during a dungeon often stretching out a tad longer than what’s necessary. Trails of Cold Steel III‘s dialogue doesn’t always present itself to be entirely of value or adding to intriguingly political undertones its backdrop continues to allude to, thus it’s here where the game is at its most frustrating from a writing and progression standpoint.

There are also some technical and additional presentation aspects that still leave a bit to be desired. Despite the third entry’s impassioned efforts with its interface to come off better suited to the console space it now presides in and admittedly, these changes are more than welcome. The combat menus and very look of gameplay receiving a much-deserved refinement over the first two games — a simplified button-mapping for all key actions being the more pivotal improvement on show with combat appearing as this on-the-ground/behind-the-shoulder dynamic. These benefits, however, are marred by infrequent qualities pertaining to the frame-rate as much its environmental textures. The former once more taking noticeable knocks during the more flashier deliveries in combat, the latter throwing up a bizarre contrast of high and low-res textures in many of the game’s semi-open/dungeon-like regions. 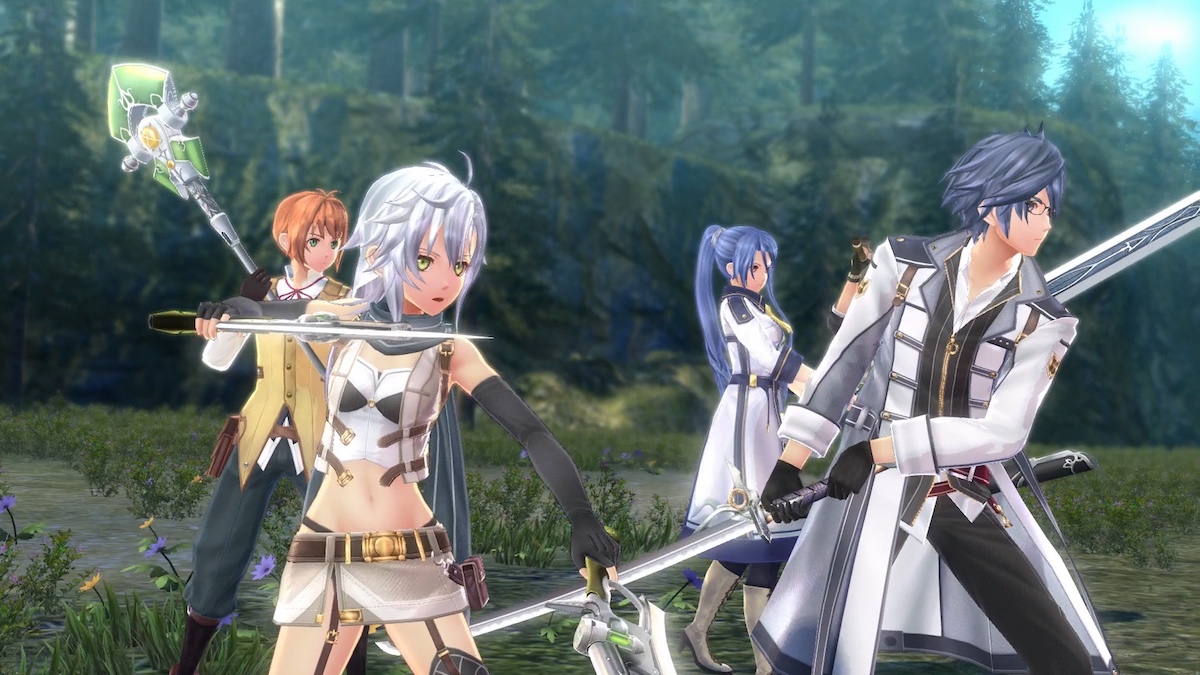 The only real fault you can attribute to Trails of Cold Steel III is how it doesn’t quite match the lofty heights the previous two titles deservedly reached. Even so, for those who can look past the microscopic excursions into overdrawn dialogue, technical hitches and a less-than-focal attention to the characters it introduces, as opposed to those it brings back, there is still so much to admire and respect about Nihon Falcom’s craft. A combat system, packed full of mechanics and systems at play, that still finds ways to improve and enhance the opportunity for a sound strategy. And above all else, a story that hooks a player’s curiosity as to the who/what/where/when lying right around the corner, without feeling convoluted or losing sight of its own self-aware playfulness. To say this is technically the “weakest” entrant in the series to date, and yet still demonstrates how many steps ahead these games are compared to their contemporaries, should give you a sizeable hint as to how highly recommended this series will continue to be. It may not achieve the same immediate and resounding brilliance as its predecessors, but The Legend of Heroes: Trails of Cold Steel III is brilliant nonetheless. By modern design standards, albeit not a graphical showcase, one of the best examples of what JRPGs can be.