Warframe has been the long-running free-to-play giant that continues to push boundaries with updates and new additions to the game. First announced at TennoCon 2019, the next epic chapter — Empyrean — will provide players with new story missions, new enemies and reworks of current Frames. While the Empyrean update won’t be out until later this year, Digital Extremes is preparing players by releasing some content early in The Old Blood update that will work into the upcoming expansion.

As part of this update, players will get to see the menacing Kuva Lich early. Kuva Lich and its allies will relentlessly terrorize players across the Origin System, requiring the Tenno to decipher clues to hunt down and defeat them. The Kuva Lich will evolve once its defeated, however, and will take on different Tenno Abilities that will drastically change future encounters. 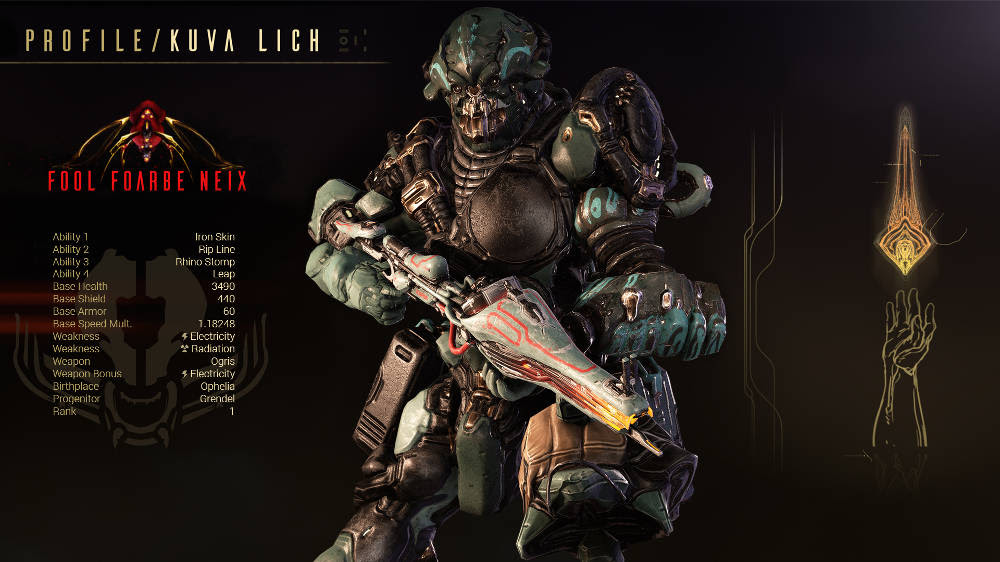 In addition to getting a sneak peek at new enemies, players will also get access to the newest Frame: Grendel. Known as “The Devourer,” Grendel will eat enemies and draw upon their power for energy. Looking like a newer, tanky Frame, that provides buffs to allies, Grendel is looking to change the game one bite at a time. Existing Frames, Ember and Vauban, will receive reworks for deadly abilities. Vauban will receive explosive toys to play with and Ember will get a new Immolation gauge that will build up and generate defensive armor. New weapons, armor and a new Kavat will also be included. The Old Blood update will launch “soon” on PC, with the console version getting an update sometime in the future.