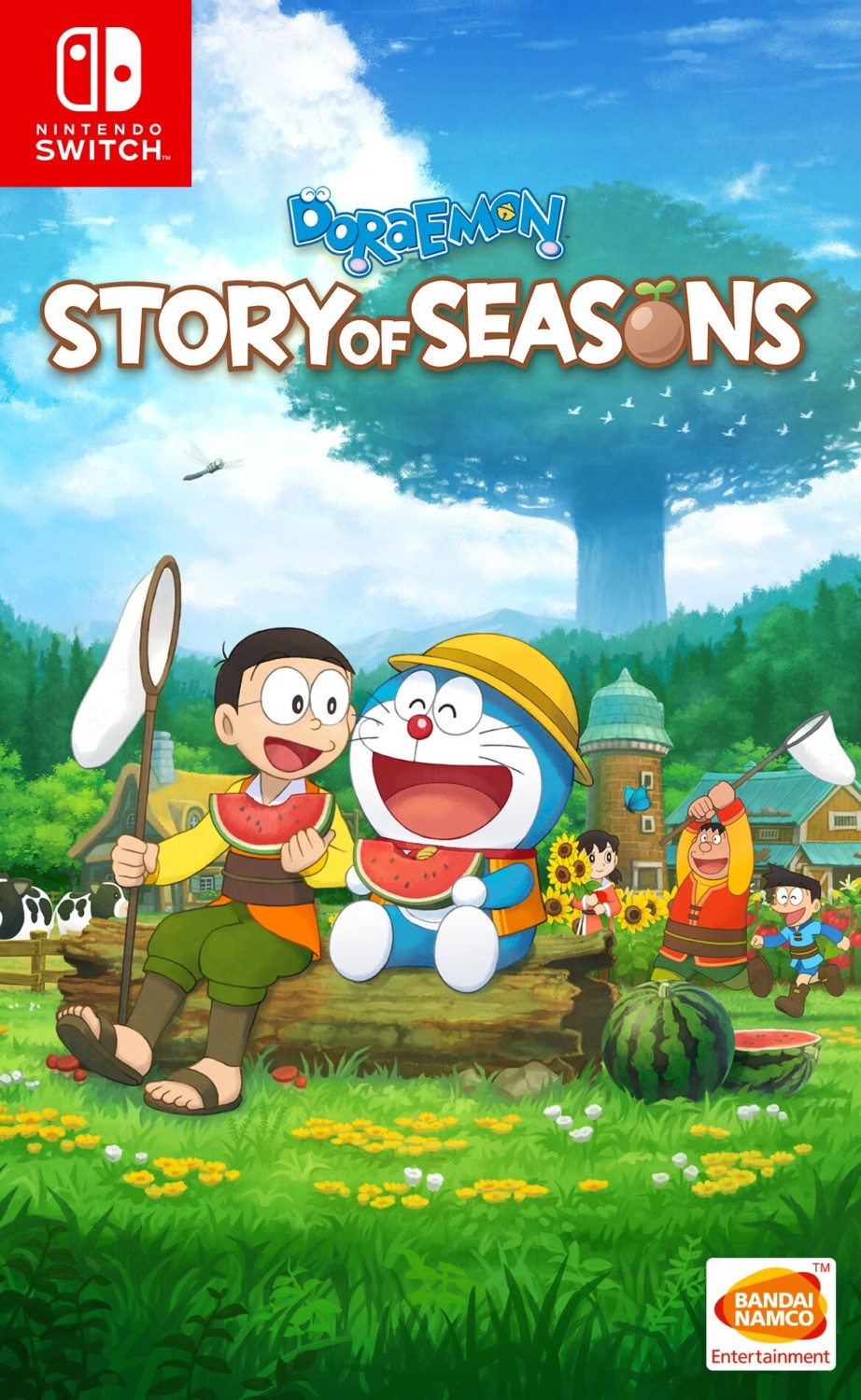 Whether it’s Harvest Moon or Story of Seasons, most people are familiar with the chill farming adventures that have taken many forms over the years. What people in the west are typically less familiar with is Doraemon, the story of a young boy and his robotic cat friend from the future. When these two mix together, however, the result is Doraemon Story of Seasons. While it may seem like an odd combination, given Doraemon’s many crazy adventures it’s not really that farfetch’d. The real question is can it pull it all together or does it tarnish what makes Story of Seasons so much fun?

The story centers around the young boy named Noby, whom Doraemon the cat lives with and is close friends. He’s trying to think of a good summer project to do but comes up empty until he and his friends find a mysterious seed. They decide to plant it on the top of a hill, and before their very eyes the stranger tree instantly grows into a massive tree. A storm begins raging overhead and suddenly Noby, Doraemon and all their friends are sucked away into a portal. They eventually wake up and find themselves in a strange new place they wish to quickly leave. While Doraemon could usually conjure up an exit from his magic pocket, all his items were unfortunately lost or stolen after they landed. They travel into a nearby village, wherein a kind family offers them a place to stay. They soon find out that children in this village must work, and while trying to find a way to leave they decide it’s best to take up jobs. After speaking with the villagers everyone is able to find a job that suits them, except for Noby, who after coming back finds out that there is an empty farm he will be allowed to take care of and manage for the family that helped him, thus beginning his laboring away as a farmer.

Anyone familiar with the many farming simulation titles in the vein of Harvest Moon will likely understand the core mechanics here. Farming consists of hoeing the ground, planting seeds and watering every day until what has grown is ready to harvest. Seasons change every month and will require players to buy new produce to grow based on the season. Since the main character Noby and all his friends are elementary schoolers, there’s no marriage or romance option but instead they can happily befriend the many villagers. Befriending opens up new options both in story progress and just new obtainable items along the way. Gaining friendship can be done through speaking with them daily, giving them gifts and completing side quests that crop up during certain events of friendship levels. One of the big differences this title offers is various new items, courtesy of Doraemon. As Noby progresses his friendship with certain characters, he will unlock Doraemon’s many items. Some of these include a way to go back in time and redo events, one that allows teleportation through the valley and even a convenient portable cloud to water the garden. The main goal is to find Doraemon’s missing items in order to get home with the help of a goddess, and in order to do that Noby must befriend people while farming and building as much as possible. 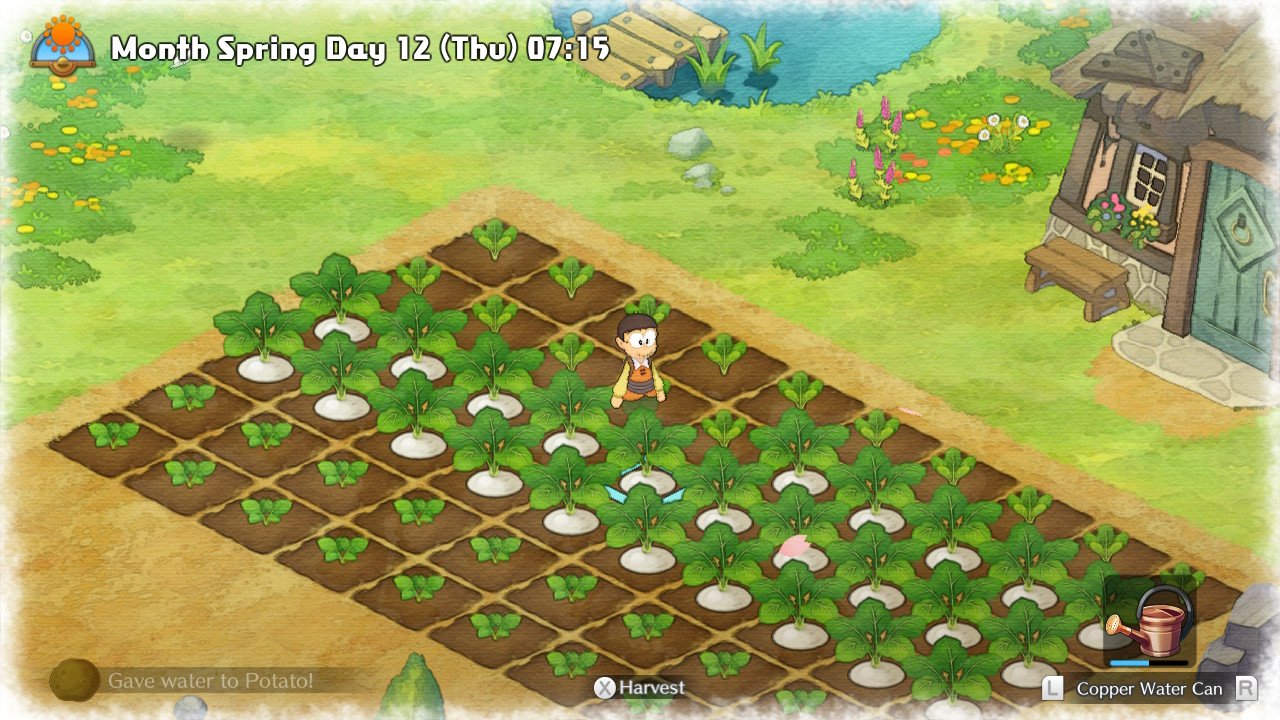 While the beginning of Doraemon Story of Seasons can be slow, it picks up the further along into different seasons Noby gets as he earns more money. Each month has its own fill of festivals he can participate in, and each month changes up the types of fish and bugs that can be caught. Aside from farming, Noby will need to go into the mines and gather wood in order to make his farm even better. Having new facilities built will enable Noby to get a horse, chickens, cows and even sheep to get more items. In a single day, the only thing keeping Noby from doing work is his stamina which can be viewed in the menu. Most activities consume stamina and can be refilled by eating food or taking a nap. A nap is a minimum of one hour, but for each hour restores ten stamina in order to keep going. Planning out a schedule for the day is key in order to get everything done, but there’s no timeline in this title to complete everything so players can also take their time along the way. The best way to keep on track is to check out the stamps tab in the menu, where players receive tasks they can work on achieving in order to earn items. In some ways it acts as a bit of a tutorial, but with worthwhile rewards for completing it and getting close to the finish.

One of the most stand-out elements are the visuals. Doraemon uses a soft look that invokes a dream-like water color appearance. Despite being 3D, even the character models feel like they’re moving across a painted canvas and it’s a wonderful approach that makes it stand out. The music is delightful and cheery, but not overly invasive in any way. Noby himself lets out a loud noise whenever he uses one of his tools which can be annoying after a while, but this can be turned down in the menu. Farming also requires crops to be watered on the same day they’re ready for harvest which is an obnoxious waste of stamina but considering how easy it is to gain it back it’s not too terrible in the long run. 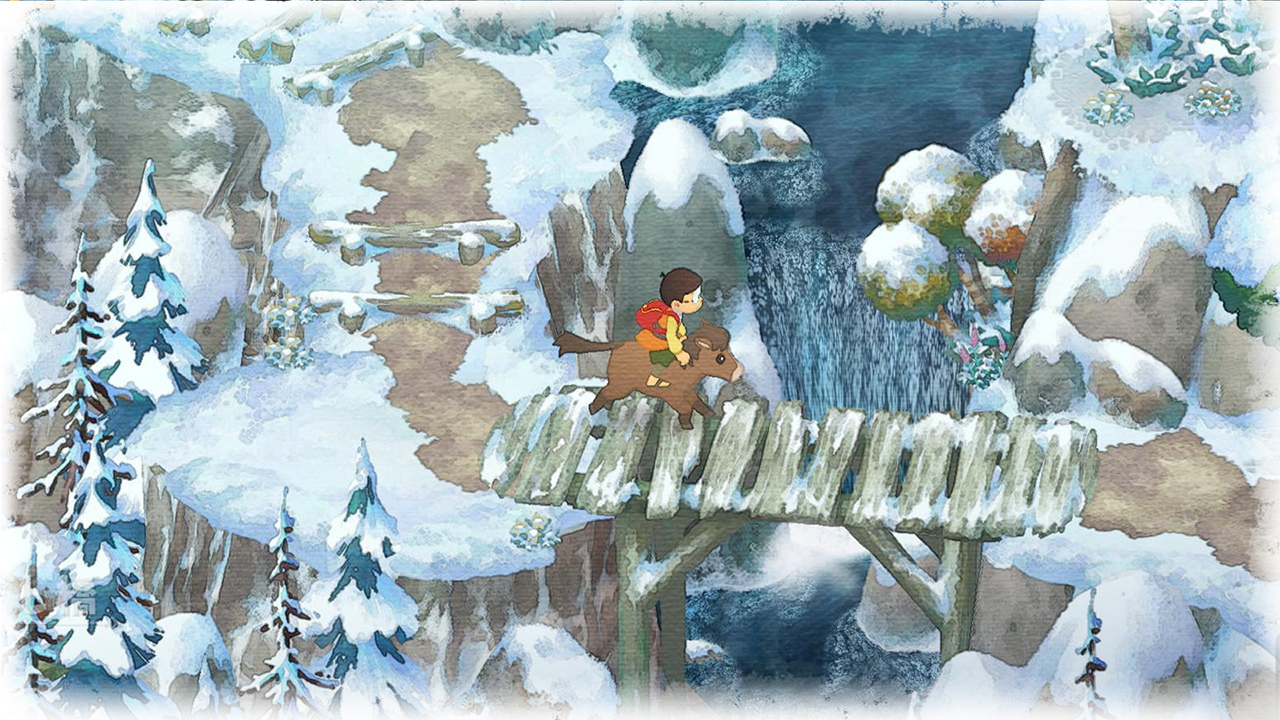 Doraemon Story of Seasons is one of the most unique crossovers for both franchises. While many players may be unfamiliar with Doraemon, it’s still a wonderful time for anyone who wants a relaxing farming adventure. One of the best things about this unique scenario is not having to worry about romantic relationships, instead just focusing on getting to know villagers and creating a wonderful farm while trying to get Noby and his friends home. It may not be the most innovative take on Story of Seasons, but the unique elements it brings to the table are well worth giving it a try especially when it’s so easy to sink an entire day or more farming through each season in one sitting. Story of Seasons fans will be delighted with just how wonderful this unique take on the series fits, and it’s worth it to get to spend some time with Doraemon and friends.