The announcement of the re-release of both the Genesis version of Aladdin and SNES version of The Lion King led to a great deal of excitement — and a bit of confusion regarding physical releases. Today, it was announced that iam8bit will handle legacy cartridges for both games, with the Genesis getting Aladdin and the SNES getting The Lion King while retail versions of both games in 16-bit themed packaging will arrive alongside a regular edition for the Switch. The Switch version’s themed boxes copy the dimensions of the classic designs. 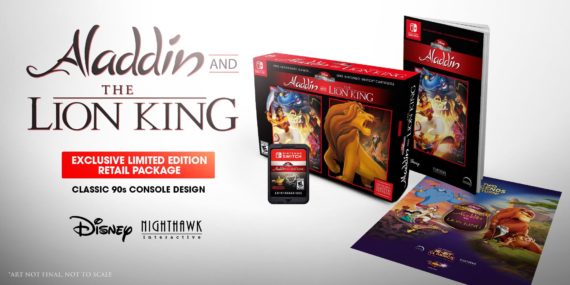 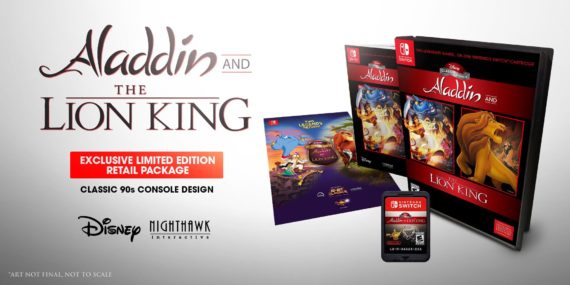 The SNES-influenced packaging will get a cardboard box, while the Genesis-influenced one gets a hard clamshell — so collectors may either want both or have one to play and one to keep. To avoid damage, I would go with the clamshell design. These will be sold in Best Buy stores with pre-orders going live tomorrow morning. iam8it will handle the limited physical run of 16-bit cartridges with the Aladdin game coming in a glow in the dark red or purple cartridge and The Lion King coming in a stunning glow in the dark gold cart. The cartridge art for it is fantastic — although the white trim looks a bit odd with all of the gold not only on the cart, but in the skin color of Simba. 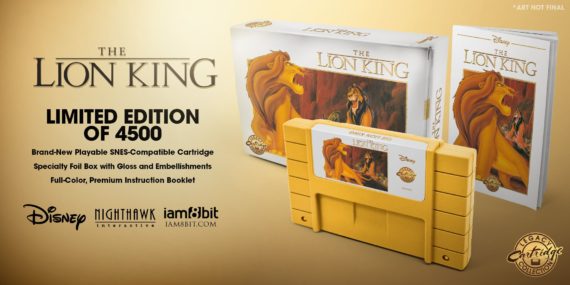 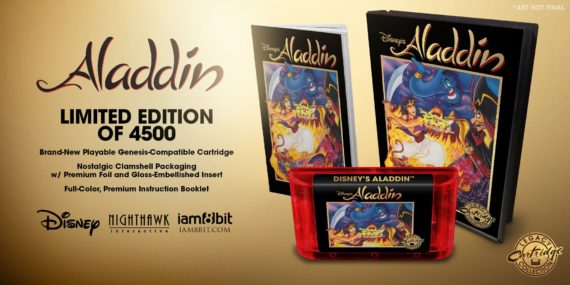 Those who get the retail game get retro-style manuals alongside multiple versions of the games being playable. You will be able to enjoy handheld and console versions alongside an all-new final cut version of Aladdin made with the help of original developers that includes some camera fixes and difficulty adjustments. Save states and rewind features make it easier to enjoy the games and you can also have a watch mode that you can jump into at any point. A museum feature allows you to learn about the games with new concept art and interviews alongside music players allowing you to enjoy the OSTs for each game. These special editions will be released on December 10, while the standard edition of the game hits on October 31. You can pre-order the clamshell case here or the SNES-style cardboard case here.