Obsidian has crafted some incredible games – including the much-beloved Fallout: New Vegas Star Wars: KOTOR II and the underrated Alpha Protocol. With Obsidian not handling anything with Fallout since 2010 and Bethesda doing everything on their own now, we have seen shall we say mixed results when it comes to Fallout since then. The release of Fallout ’76 and its subsequent problems left Fallout fans further craving a return to form and fortunately, Obsidian’s newest game has that covered. What Bloodstained: Ritual of the Night was to Castlevania: Symphony of the Night, The Outer Worlds is to Obsidian’s version of Fallout.

The Outer Worlds is very light-hearted with its tone and features the same kind of silly parody retro-future visuals that helped make New Vegas such a fun world to explore. The tale itself is familiar to Fallout 4 fans, only with a space colony being used in place of just cryogenic freezing and the VATS system makes a modified return here with Tactical Time Dilation. Combat feels pretty natural early on and the world-building is top-notch. The Outer Worlds was in the works before Obsidian was brought into the Microsoft Game Studios fold, so it does have a PS4 release – but it is Xbox One X Enhanced on that platform and is playable on both Xbox One hardware and on PC for anyone with Game Pass or Game Pass Ultimate. Otherwise, the game can be yours for $59.99 and even early on, it feels like a perfect successor to the Fallout franchise. 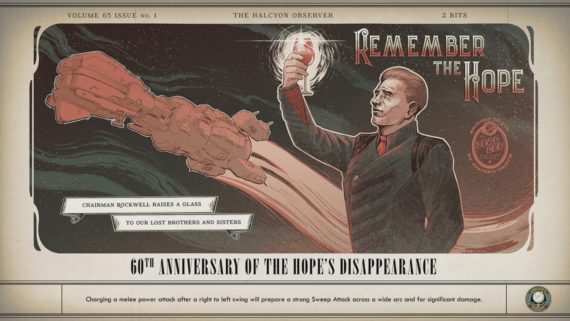