When Microsoft launched Xbox Game Pass, it was easy to be skeptical of the service. At ten dollars a month and with only older titles on offer, the value didn’t appear to be there. Indeed first impressions were poor and having dismal games like Sea of Thieves and Crackdown 3 headline the service’s expansion in 2018 did little to inspire confidence. Despite these rocky opening years, though, the service managed to become something worthwhile. The presence of major games like Metro: Exodus and Gears 5 did much to contribute to Game Pass’ value, but the launch of The Outer Worlds on the service was a game-changer.

By offering The Outer Worlds through Game Pass, Microsoft has shown gamers that the service has real value. It’s not that there wasn’t already value to be had; having day one access to Xbox One exclusives in addition to a large library of older games and relatively-recent releases is nothing to sneeze at. Such an offer isn’t all that compelling though, especially to someone who primarily plays on Switch or PlayStation 4. What is compelling though is offering day one access to a major, multi-platform title like The Outer Worlds; it also helps that that game is quite good. Seeing something like this shows everyone the potential of Game Pass. If a quality title like The Outer Worlds is on it, then perhaps there will be more good games to be had through it in the future. This also tells gamers a few things about Microsoft as a platform-holder. 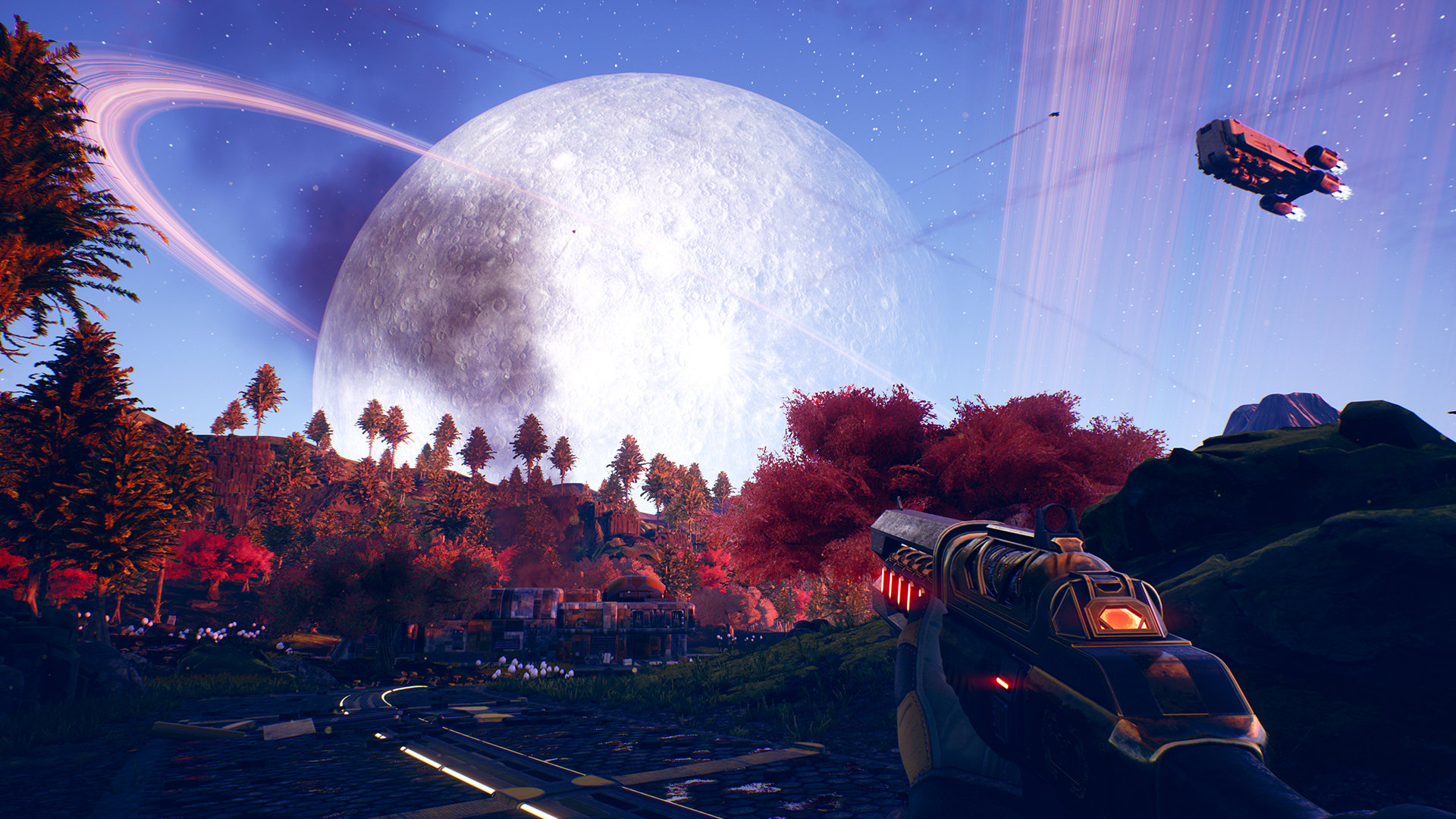 The Outer Worlds is an excellent game developed by the even more excellent Obsidian Entertainment. It was a bit worrisome when Microsoft bought the developer in November 2018 since there was no way to know whether or not the new management would interfere in Obsidian’s development process. Would Microsoft remain mostly hands-off or would they behave just like EA and ruin everything? Now that the game is out, it’s clear that Microsoft was content to let Obsidian do things their way; that’s important for several reasons, not the least of which being that gamers can now have some confidence in the games produced by Microsoft’s recently-acquired development studios. It’s an indication that Project Scarlett will be a worthwhile platform too, since consoles are really only as good as the games and services they offer.

While the success of The Outer Worlds is a major victory for Obsidian, it’s even more so for Microsoft. Having a highly-rated multi-platform game available on day one through Xbox Game Pass makes the service vastly more attractive than it was even just a month ago. Gamers might even begin to see it as a viable alternative to buying games individually because of this. It also helps makes the case for Microsoft as a publisher and platform-holder. If their studios are capable of making more excellent games like The Outer Worlds and if Microsoft is willing to immediately publish them through Game Pass, then it’s likely that Project Scarlett will be a worthwhile investment after all. With this, Microsoft has put themselves in a great position for the next console generation. Now all they have to do is avoid messing it up.