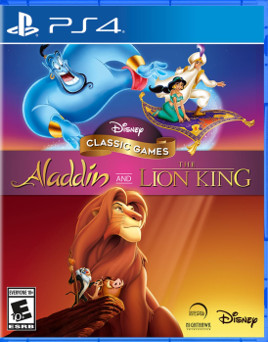 Classic Disney movies have a timeless quality to them where they can be enjoyed decades after their release by new generations. Based on the PC re-releases of Aladdin and The Lion King a few years ago this attribute can also be said of their video games. Further proving this is the newest incarnation of these titles in Disney Classic Games: Aladdin and the Lion King. Once again these 16-bit classics are being released from the Disney vault for a new generation, which sounds like great news since these games were fondly remembered from that era.

Disney Classic Games: Aladdin and the Lion King contains several versions of the two games. Aladdin has the Sega Genesis version (Console S), Japanese Megadrive version, Demo version and Final Cut version. The first two are self explanatory, the American and Japanese ports of the Genesis and Megadrive games that those of us with the nostalgia bug remember. The Demo version is an early version Aladdin that was first shown at a trade show in 1993. This is a work in progress that includes different assets and unfinished artwork and gameplay which makes for an interesting inclusion from a historical perspective. The Final Cut is what we would have if Aladdin was released today. Developed exclusively for this collection, it is essentially a patched version of Aladdin that does some bug fixes, camera adjustments and other refinements. This improved version is a nice inclusion as even the most beloved games of the 16-bit era could benefit from some post-release improvements and its presence is a bonus since the unaltered original version of Aladdin is included.

Listed as “Bonus Games” are the Game Boy and colorized Game Boy versions of Aladdin. You know these bonus features that are included to make the consumer think they are getting extra value even though the content doesn’t actually add any value to the package? That’s these games. Like many colorized versions of black and white films, the color handheld version is uglier than the original and both of these play terribly. Slow and clunky is the best description for the mechanics. These would be considered inferior ports back in 1994 and do not hold up at all today. They are nice inclusions from a historian’s perspective but stick with the main attractions under the Aladdin game menu if you’re looking for an enjoyable game. 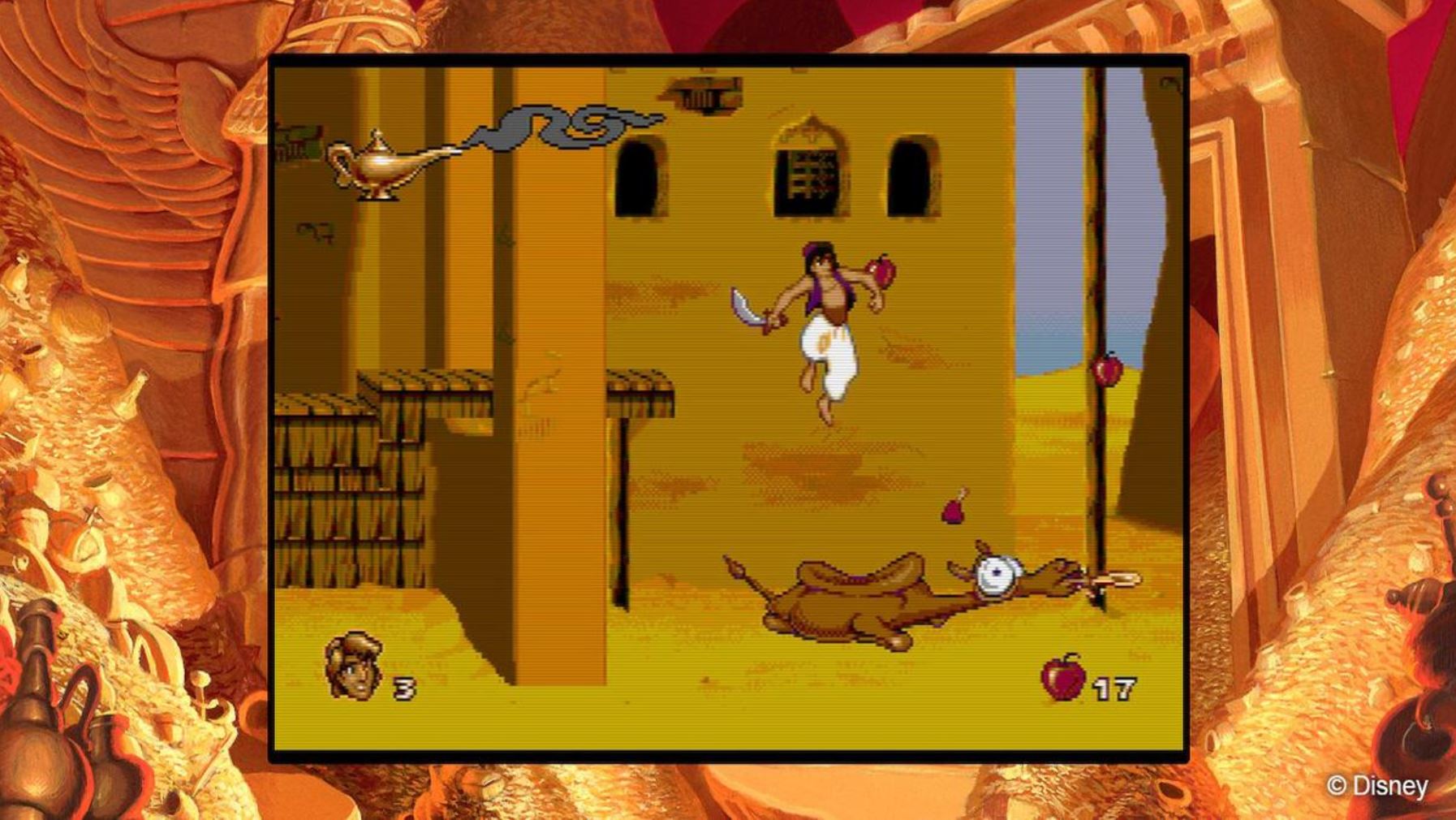 The Lion King also includes multiple versions of the same game, Super Nintendo (Console N), Sega Genesis (Console S) and the Japanese version. The Console N version looks a little nicer than the Console S version but none of these three versions seems drastically different from each other. Like Aladdin, the Handheld and Handheld Color version are included as bonus games. Unlike Aladdin the handheld versions are not bad although they do illustrate the difference between home console and handheld hardware from the ’90s but The Lion King games show that a downgraded version of a game can still be enjoyable.

The graphics have been updated to 1080p so they look fine on modern televisions. There are different aspect ratio options along with border to help tweak the visuals to whatever happens to be most pleasing. There are also some filters to help add in some of the classic CRT looks and other primitive TV models. There is a museum where players can look at concept art and development team interviews and a soundtrack where both game soundtracks can be played. Both of these titles have a decent difficulty level and there are some modern additions to assist with this. There’s a save option so having to start from scratch each time is no longer required. There’s an option to watch the game played all the way through so players can learn how to beat certain levels or just watch the game. A nice thing about this mode is players can jump into the game at any point so this is a lazy way to get past a difficult level. There is also a rewind feature, so if the player misses a tricky jump or does something stupid like run across the flaming coals in the Agrabah marketplace, there’s an option to turn back time until the desired result occurs. 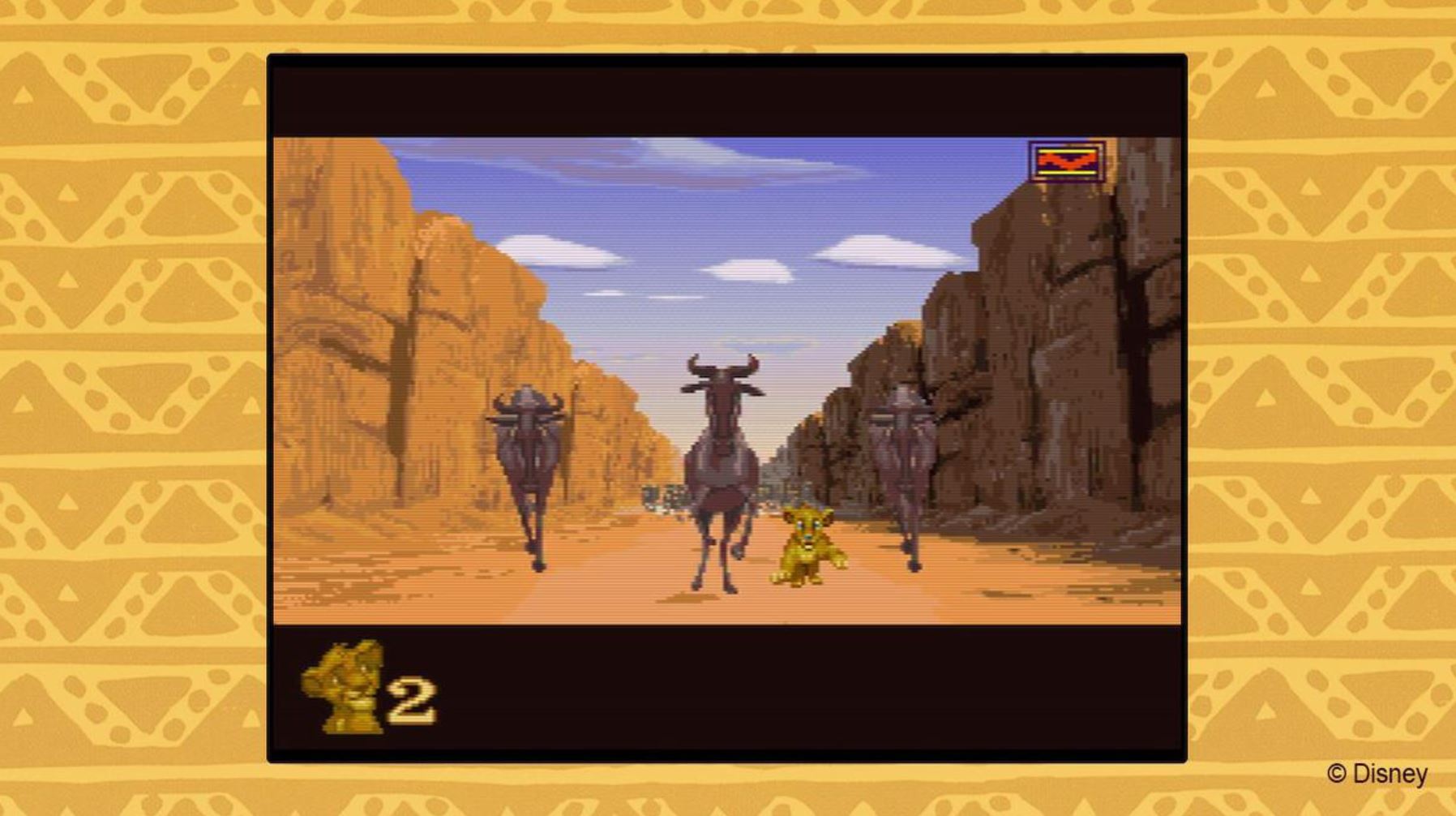 Both Aladdin and The Lion King are examples of how a good development team can turn a movie into a video game worth playing. For their time both games do a great job of translating Disney animation into 16-bit graphics, particularly Aladdin that was revolutionary with its in-game animation. Aladdin has players taking control of the titular hero in an action platformer that sort of follows the plot of the Disney film. It’s a good mix of platforming combat with his sword and apple projectiles, with some magic carpet rides thrown in for good measure. The Lion King follows Simba, the lion who just can’t wait to be king, from his days as a playful cub to a full grown lion. Early in the game Simba can only pounce on his enemies but once he grows a main he gets the ability to attack. This is a good 2D platformer, with some controller throwing worthy levels where the objective is to escape stampeding wildebeest. This is where the rewind feature will come in handy.

These two games were standout titles at their release before many of our readers were born and hold up pretty well. Animation advancements and 16-bit conversations are not going to be visually impressive today, nor are the MIDI recreations of the original songs from the films, but they still have a look and sound that captures the essence of their respective films. What makes them good games are the solid mechanics that would make the games enjoyable even if they weren’t licensed Disney properties but the way they were able to capture the overall feel of the movies is what makes them worth playing for Disney fans. 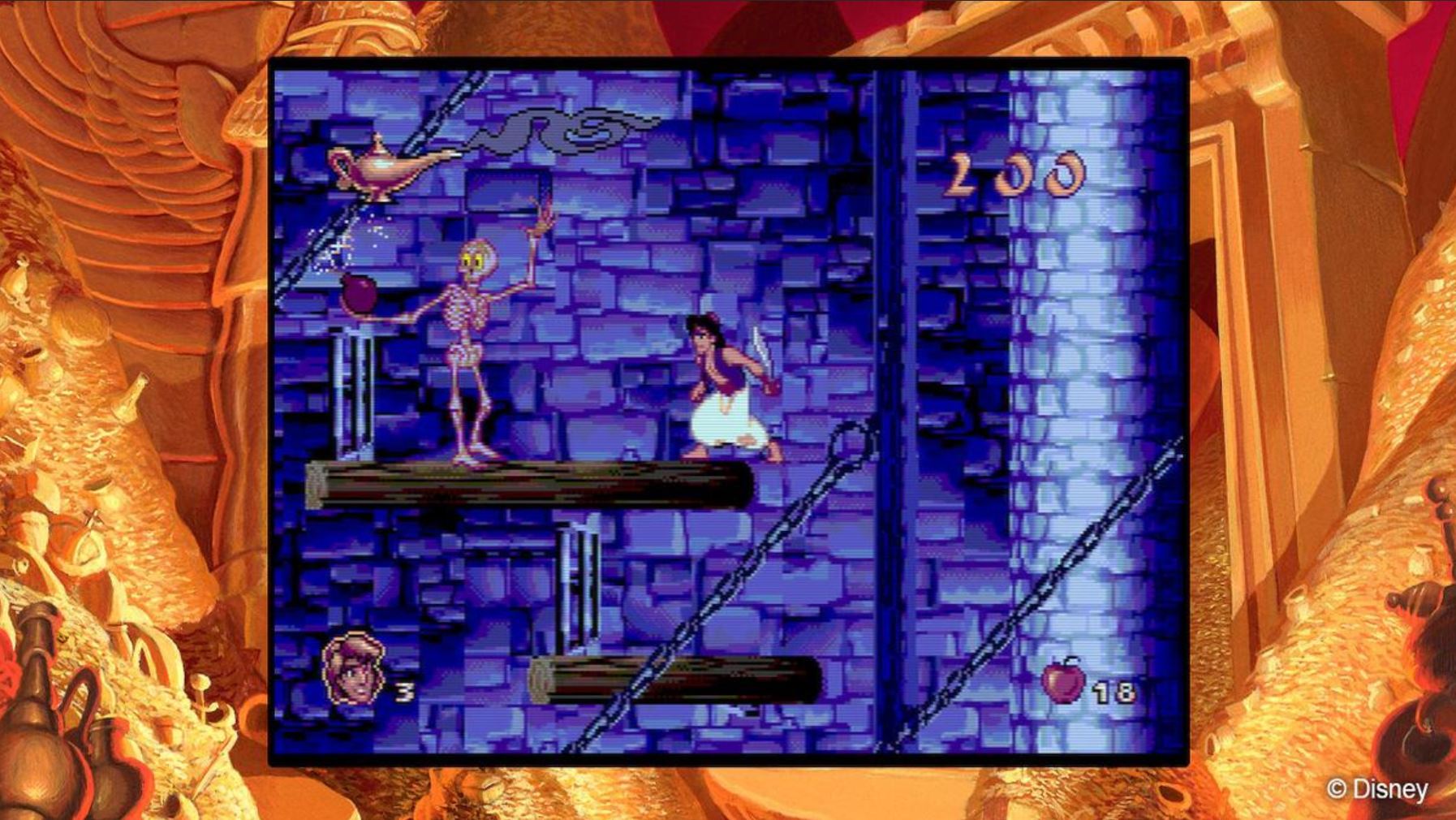 Disney Classic Games: Aladdin and The Lion King is a prime example of how a retro game collection should be assembled. The included games are both great games from the 16-bit era. There’s more variety in the different versions of Aladdin than there are with The Lion King, but people who grew up with The Lion King are probably going to the play Console N or Console S based on what system they had growing up. Ultimately in these collections the quality of the games is what is most important, but the extras can go a long way in adding value to decades-old games which this package is generous with.