Fire Pro Wrestling World has had a lot of DLC released in its two years on the market, and today comes the first entrance-centric DLC in the form of Entrance Craft. This entrance editor lets you tailor an entrance outfit, pre-match taunts, lighting and pyro. Beyond just this letting you change up introductions, this unlocks three new rings with a US-centric large area, an outdoor ring, and a gym. You can also add custom team logos for stables and some new belt parts have been put in for title belt creations. At $20, this is one of the most expensive DLC pieces available for the game – but it does allow you to expand the scope of the game’s creation suite and revamps the visuals of the arenas by adding in some new ones. PC users can get the DLC now, while PS4 users will have to wait until November 6. 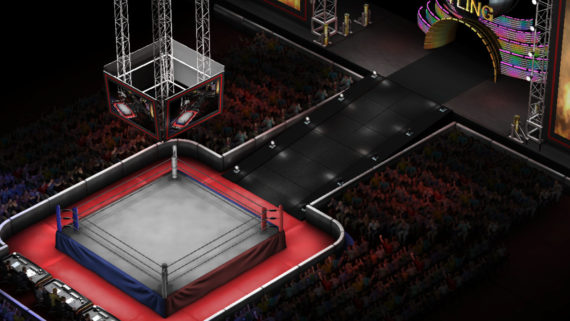