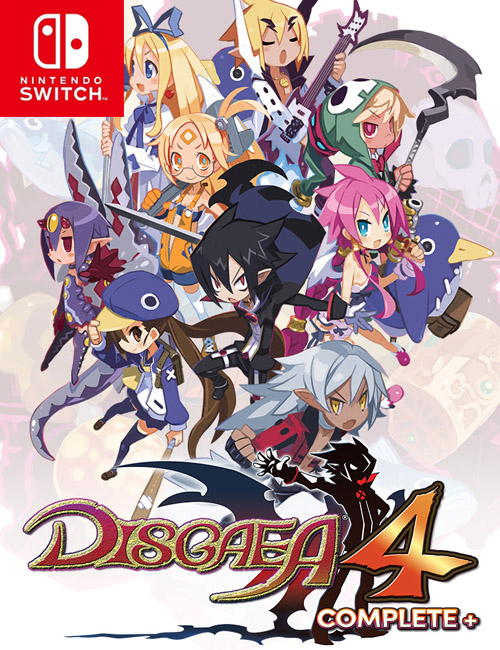 Back in 2011 fans were first introduced to the fourth main entry into the Disgaea series. Three years later it would go on to get a Vita port and now Disgaea 4 hits the scene once more with the Complete+ edition. It’s been a while since people have gotten to dive into this title and now it’s back to introduce players once again to the netherworld on two brand new systems. Is it worth the dive into the depths or is it best to stay on earth?

The journey through hell in Disgaea 4 follows a vampire by the name of Valvatorez. After making a promise to never again suck the blood of humans and falling from his great status, he becomes a Prinny instructor. Since the prinnies are humans who have died and gone to hell, it’s the instructors job to teach them how to obey their future master as their helpful vassals. During the latest prinny group’s final session, Valvatorez makes a promise to treat them all to sardines only to watch them all be teleported away before his very eyes. He chases them down only to find that the organization known as the corruptorment have decided to exterminate every last prinny in order to keep the population in hell lower. Valvatorez only wishes to keep his promise to the prinnies, but discovers things are likely not going to get better. After some deliberation, he decides to fight his way up and stop the president of hell from exterminating the prinnies and change Hell for the better.

Like the rest of the series, Disgaea 4 is a tactics title that focuses on awesome combo abilities, flashy special attacks and dishing out high damage numbers. Players can maneuver up to ten characters across the board to fight enemies, but at first will only start with a small few. This includes typical classes like fighters, healers and magic users in addition to a extremely wide variety of others such as gunslingers and even monsters. Creating characters, however, costs mana. Every playable character can earn mana by defeating enemies, which in turn is used to create new characters. Mana is also required to help characters learn new skills and also needed to go before the senate. The senate is where various characters can propose a new idea such as getting new store items, new abilities or even earning special bonuses. They will vote to see if it gets passed, and if not players have the opportunity to fight the senate in order to get their way. The senate is key to getting higher quality gear and many end-game areas, so it’s important to keep them in mind. Exclusive to Disgaea 4 is the Cam-Pain HQ. This is where Valvatorez and his entourage prepare for battle and where characters can gather together to earn bonuses based on the evil symbols available such as mana or exp increases. The further in players go, the more their Cam-Pain HQ will unlock allowing them even more upgrades and cool ways to make use of extra created characters. 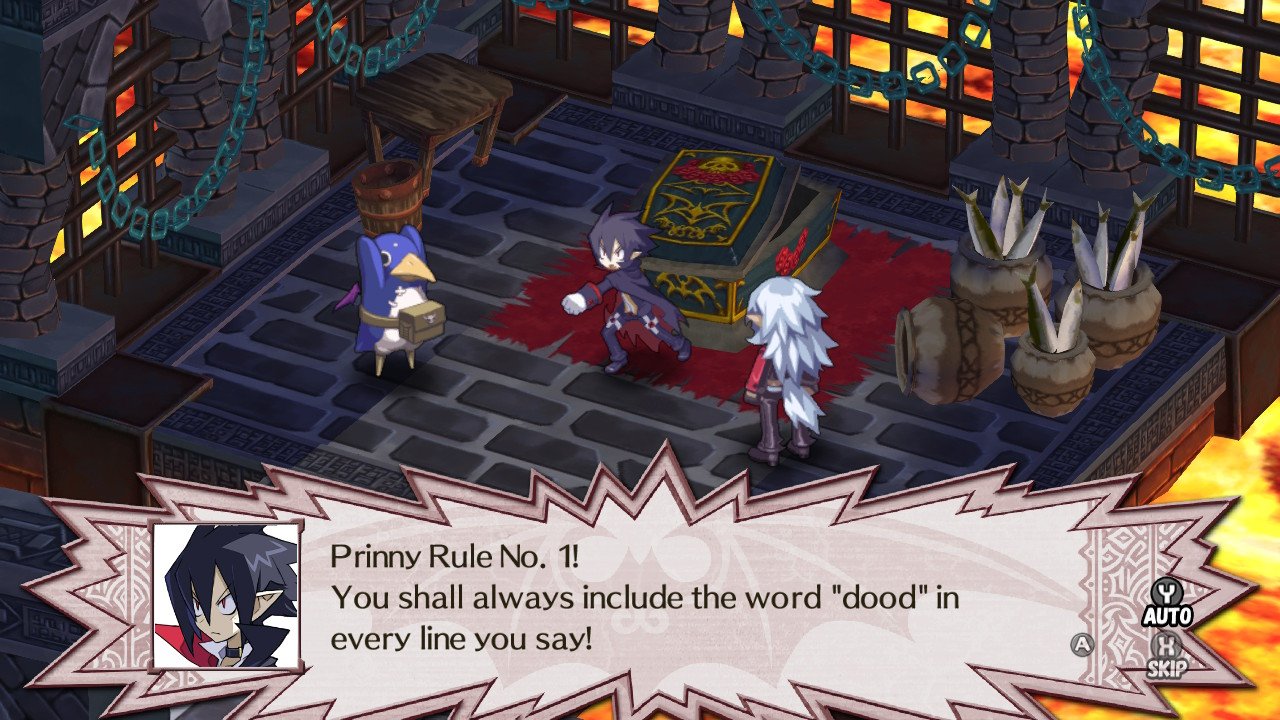 Disgaea 4 also has a bit of a creative side, and a way for players to cooperate or compete with their online mode. This allows players to build, create and play stages with or against others. During single player, other characters from people around the world can also be summoned to help in combat during a challenge battle. Those looking to ramp up the flow of battle can also unlock the cheat shop, which can help make things easier or more challenging along the way with continually upgrades the further through the story one gets. Those who want to make their gear more powerful can also take on the item world, in which players progress through increasingly difficult waves of enemies in order to power up any item they choose. While most of these features are entirely optional, they end up playing key roles in making extremely powerful characters and reaching the amazing post-story content. If there’s one thing Disgaea 4 Complete+ isn’t lacking, it’s tons of side content to spend hours playing with.

One of the Disgaea series strongest points is its storytelling and comedy, with Disgaea 4 being no different. The characters and dialogue are all fantastic with every character, good or bad, being extremely likable. Disgaea 4 doesn’t take itself too seriously most of the time, but does know how to set the tone when needed for more sentimental and serious moments. The character artwork, backgrounds and voice acting are all utterly fantastic and charming. Disgaea’s only real downfall for some players is its need to grind. Although not necessarily required, Disgaea 4, and the series as a whole, typically wants the player to grind. It’s especially important given that characters won’t typically gain as much exp if they aren’t killing enemies making a full party hard to assure level balance. There are some alternative ways for characters not participating in battle to gain exp which does help a bit, but anyone wanting to complete everything Disgaea 4 has to offer will hit a grind wall at some point. This isn’t a problem for those who have no issue with grinding, especially considering how fun the combat is, but those who want to speed through without doing so may struggle more. 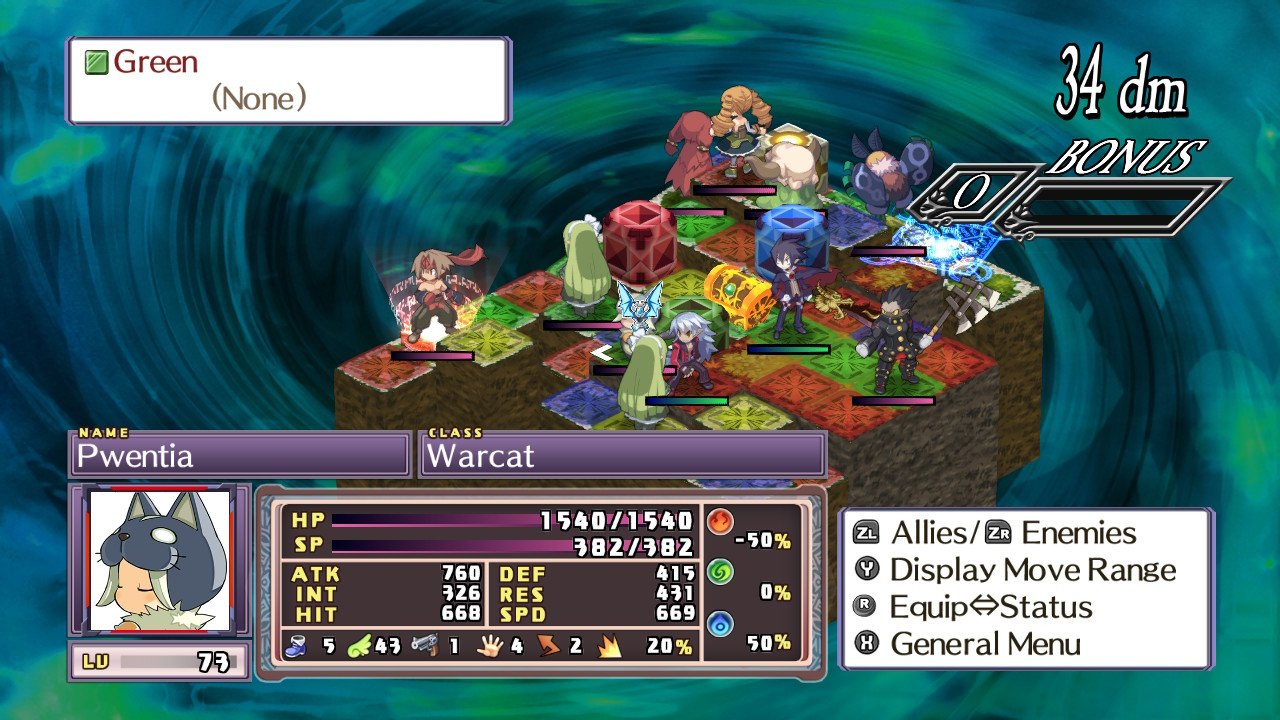 While Disgaea 4 is in many ways more of the same from the tactics franchise, its unique story, premise, characters and wonderful variety make it extremely fun to put hours upon hours into. Disgaea 4 is a long title that offers a lot to do both during and after the story to keep players coming back for a bigger and better challenge. There are those who want to finish the story and find new challenges and others who want to get all their characters to level 9999 to feel like the ultimate champion. There’s no real wrong way to play Disgaea and there’s endless fun to be had in Hell with its lovable cast of characters. Disgaea 4 Complete+ is yet another wonderful addition from the franchise brought to modern consoles, and fans of the series or tactics titles should not miss out on it.