The rebirth of the National Wrestling Alliance has been going on for over two years – starting with Billy Corgan buying the company in 2017 and bringing it to newfound prominence. The emergence of the Ten Pounds of Gold Youtube series showcased the legendary NWA World Heavyweight Title, while a classic match between Nick Aldis and Cody Rhodes at ALL IN in 2018 showed that the championship could indeed feel like the most important title in the world – even if only for one night. After running highly-regarded shows in the NWA 70th Anniversary and Crockett Cup, the promotion returned to a weekly episodic format with NWA Powerr. Over the past month, this studio-based wrestling show has carved a niche out for itself with top-notch promos, fantastic commentary, silly spoof ads, and a setting that is unlike anything in modern wrestling. The ace of the promotion is Nick Aldis – formerly Magnus of Impact Wrestling, and he’s come into his own as The National Treasure of the NWA. 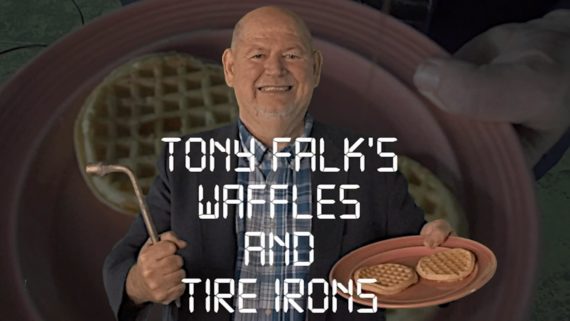 On the November 5 episode of Powerrr, Aldis revealed that the NWA is coming to RetroMania Wrestling. In doing so, not only with the current NWA National Champion Colt Cabana be featured, but so will Nick Aldis and the NWA World Heavyweight Title. This title will also be part of the story mode, and a studio setting was revealed to be part of the game as well. God willing, we’ll also be able to attack people with some of Tony Falk’s tire irons. RetroMania Wrestling is set up to be a modern incarnation of Wrestlefest and is set for release on all consoles and on PC in 2010.