Gaming headsets are a bit like cars: there’s no shortage of options with various features to choose from and and have names that have no relation to what they actually do. Victrix decided to make a bold statement by naming their gaming headset the Victrix Pro AF ANC a year ago with their PC headset designed specifically for eSports. Victrix has made slightly scaled back version of this called the Victrix Pro AF for console gamers. The Victrix Pro AF is available in models designed for Xbox One and PlayStation 4, offering comparable features and quality at a more affordable price point for players that can go without active noise cancellation.

Looking at the construction of the Victrix Pro AF, it’s lightweight and constructed with aircraft grade aluminum, stainless steel and polycarbonate frame. The removable microphone with a mechanical filter was originally developed for the Cobra attack helicopter, giving this headset some more aircraft-related trivia. The headband his split cushions with circumaural leatherette earpads with slow return memory foam. In a nutshell, this headset is lightweight, sturdy and comfortable to wear. A common issue with headsets is they can get hot after extended usage. This headset features patent pending mechanical levers the open up the earcuff vents to release some of the heat without sacrificing team communication. The headset is equipped with 50 mm high definition drivers, which while quality of components is more important than driver size, when all other things are equal 50 mm is more than adequate at delivering a full sound.

Packaged with this immodestly named headset is a fixed 1.2m cable, a removable boom mic, a 1m extension cable, PC splitter cable, a microfiber cleaning cloth (in regal purple no less), a mic jack cover and a custom mic badge. Unlike the pricier Pro AF ANC there isn’t a carrying case included which would have been nice but given the price difference that isn’t surprising. The cleaning cloth is a nice inclusion, and the PC splitter cable is always a good option to include to give this headset some more options out of just being used for PlayStation 4. 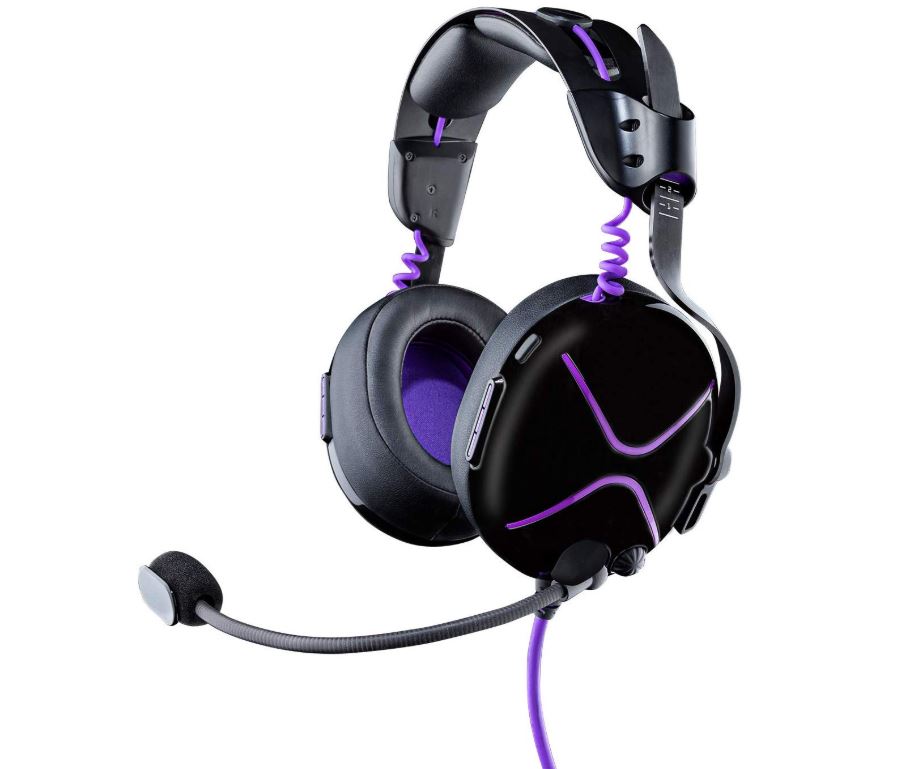 The Victrix Pro AF is a passive headset which is a bit of a mixed bag. Active headsets can be louder and tend to have more high tech wizardry in shaping their sound or have some extra bells and whistles but the passive ones do have the benefit of just plug and play convenient and not having to worry about keeping them charged. The on the earcuff volume knob and microphone mute button are the only controls found on this headset and really all that are needed. There are no digital software tricks here to emulate surround sound or other audio tricks but it does have sound quality that is appropriate to a more expensive headset. The only real drawback is there is no EQ control but the frequencies are mixed pretty evenly. There’s a decent amount of bass and treble but nothing that will give an extra thunderous rumble or really scream on the high end. Even at high volumes the sound didn’t distort, so what this headset offers is high quality audio where the different frequencies are distinguishable but nothing is really boosted. Hearing other players was never an issue and the mic didn’t cause any communication issues from my end.

The patent pending mechanical levers are designed to help vent the headset to keep the user cool during lengthy play sessions, particularly in high stakes eSports tournaments. This doesn’t do anything too drastic where it could replace a fan or air conditioning but does give a little ventilation and keep the temperature under those leatherette cuffs just a little bit cooler. The design for the shape of the Pro AF headset is slick looking and distinguishable from some of the other headsets on the market. Black and purple might not be everyone’s preferred color choice but the color scheme works well in this reviewer’s opinion. It’s comfortable for longer gaming sessions and does look rather stylish. 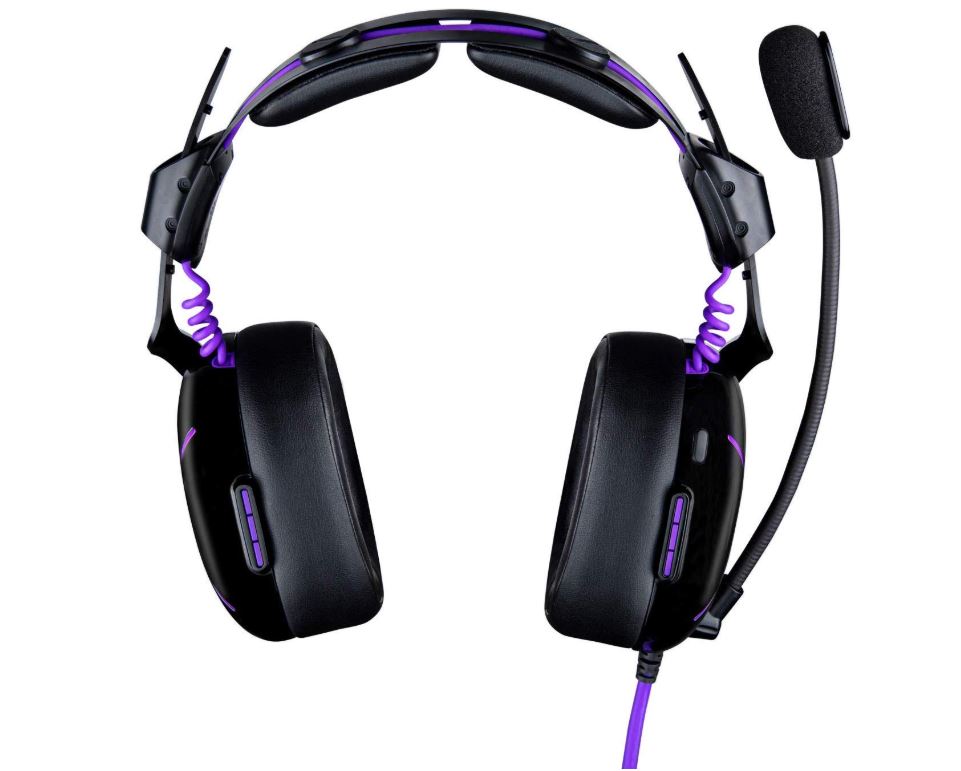 With the exception of active noise cancellation, the Victrix Pro AF maintains a lot of what made the Pro AF ANC so great on the PC. The Pro AF ANC did have noticeably better sound quality but that is also comparing a $299.99 headset to a $179.99 headset. For a passive headset the sound quality is great. This headset feels sturdy, looks attractive and is comfortable for long gaming sessions. The Victrix Pro AF is a good headset for people who want something high quality that’s comfortable for long gaming sessions but isn’t too concerned about extra features.