Playing Planet Zoo was quite the experience for this reviewer since I have the unique pleasure of being married to a bone fide zoo keeper that has been doing it for almost twenty years. Of course, I listen to her, but playing the game helped me gain a new appreciation for the intricacies of her work. At least, that’s what I thought. Since she is a casual gamer, more Yoshi than Doom, she also took some time with the title and decided to share her thoughts. What follows are the words of Meghan Bohn, my wife, an experienced keeper of animals small and large, smelly and cantankerous. Then she goes to work.

I’ve been an animal keeper at several small and medium-sized zoos across the United States since 2001, with three years off as a vet tech. During that time, I’ve had the opportunity to work with a wide variety of animals, from African elephants to poison dart frogs. Because it’s such a specialized profession where everyone knows just about everyone, keepers form a close-knit group and I’d been hearing about Planet Zoo in the Facebook groups for months now. The trailer looked beautiful; everyone was both excited and wanted to know where they could get their calloused hands on those poop vacuums. Having now had the chance to spend time with the title, I was blown away by the sheer amount of detail in this game. Frontier spent two-and-a-half years researching animal behavior and it is absolutely time well spent. 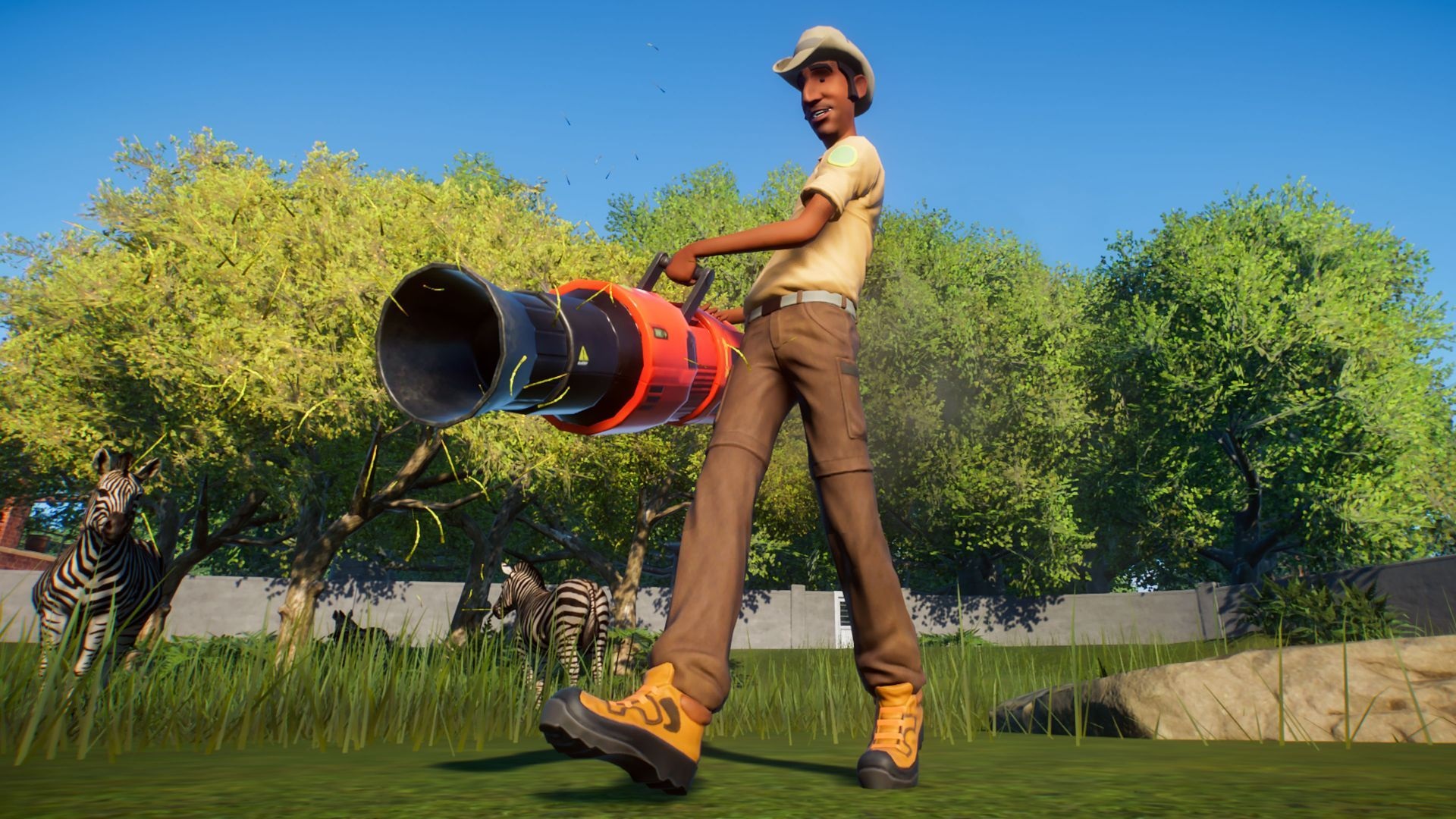 The title screen opens with a realistically-rendered baby elephant running through the logo and the animation is very good. This attention of visual detail continues throughout the game. One occupational hazard of professional animal care is dealing with the fact that the level of animal accuracy outside of the zoo world is often lacking. This often manifests itself in the keeper by, for example, loudly complaining to whomever is in the room when the incorrect species is featured on TV (yeah, that ubiquitous ‘eagle scream?’ That’s a red-tailed hawk. Eagles don’t sound majestic. At all.). I was constantly bracing myself for the wrong species to appear. Or the wrong name. Or the wrong vocalization. And… It didn’t happen. I didn’t get a chance to vet (really, no pun intended) every species featured in the game but what I did see was correct. Everything was moving relatively correctly, as well. There were instances where the graphics weren’t doing what they were supposed to, though (a lioness being clipped half into the grass or visitors walking directly through a wrought-iron fence).

The game opens with an extensive tutorial, where you are placed in charge of the day to day operations of a privately-owned zoo in England. The head keeper walks you through constructing a new habitat, ‘adopting’ new animals from the marketplace (you can spend either cash or ‘Conservation Credits’), unboxing them in the habitat, and making sure that your animals, staff and visitors are happy. Completing the tutorial opens up a range of missions, such as a primate center based in Madagascar. Throughout the course of this review, please note that I had played Zoo Tycoon back in the day, though sandbox type games aren’t really my thing. 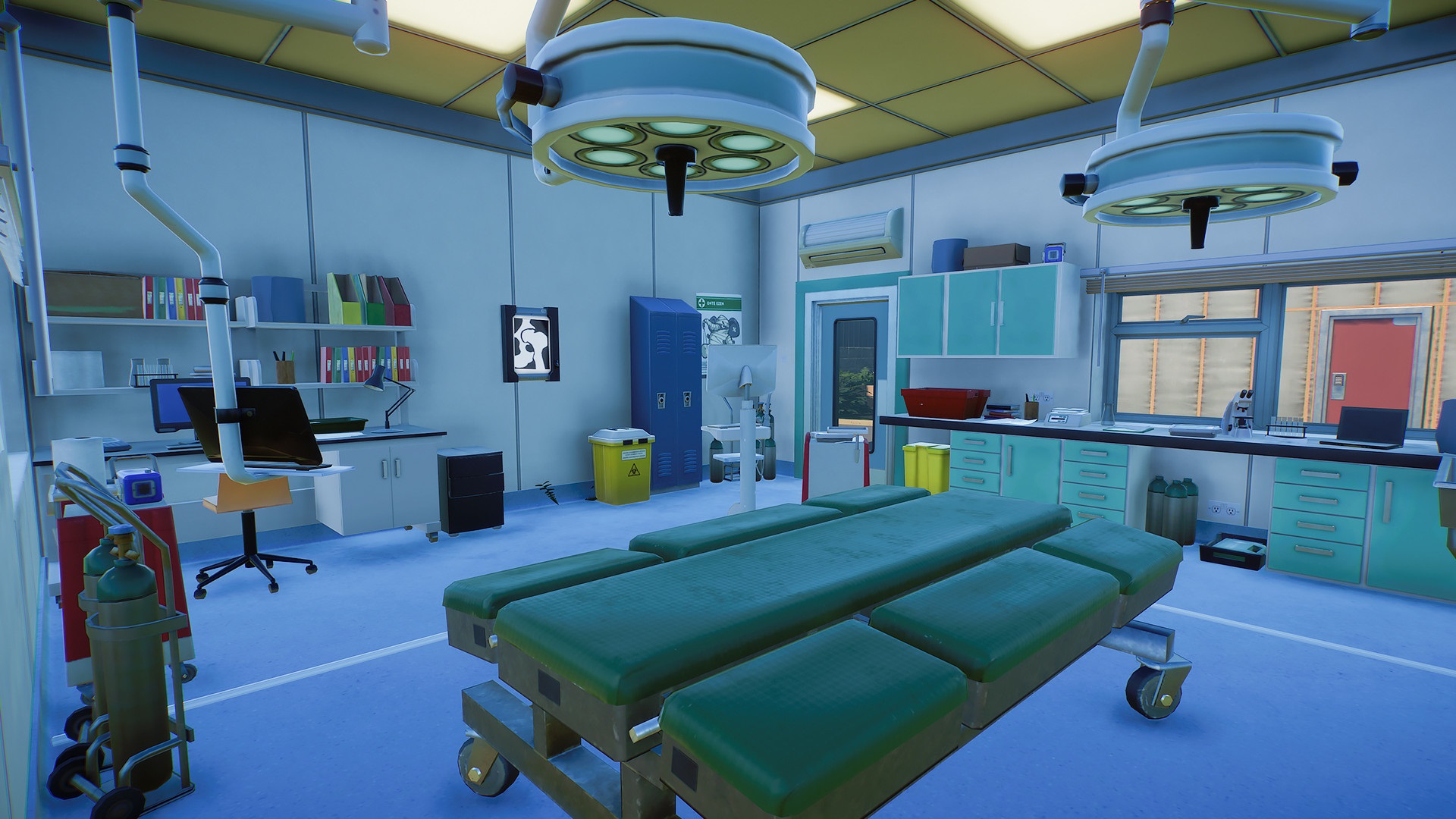 As stated before, this is an absolutely breathtaking game in terms of visuals. What blew me away was the obvious research that went into this game. On multiple occasions, I was stunned that the developers thought of that, some minutia that really wouldn’t occur to anyone outside the profession. While zoos and animal keeping are getting more attention these days thanks to a number of reality show taking viewers behind the scenes, my somewhat jaded view at this point in my career is that the average person thinks I spend my time playing with the animals and has no concept on what goes on in the day-to-day behind the scenes labor that makes modern zoos possible. In Planet Zoo, when building and maintaining exhibits, you need to make sure the power is on. And connects to anything that needs it, such as a generator or water filtration system. There needs to be a keeper hut near the habitat for the keepers to prep diets for the animals. Animals need to go through quarantine before they can be placed in a habitat (although this is specifically skipped in the tutorial in the interest of time). Clicking on each animal will bring up its common, scientific and ‘house’ names, age, fertility and other stats. There are also multiple tabs for welfare, showing how ‘happy’ an animal is with its social situation, the vegetation, temperature and slope of its habitat, and whether you’re providing enough enrichment for it. Being able to liberally scatter frozen blood pumpkins (hollow out pumpkin, fill with blood from meat diet, freeze) around the tiger yard was genuinely fun, especially when the tigers interacted with them (there’s nothing like taking the time and trouble to make enrichment for the animal to ignore…)

The animals exhibit species specific behavior, as demonstrated by the the entire lion pride falling asleep within a minute of focusing the camera on the habitat (that’s what they do, folks). At one point my husband was screaming at a peafowl because it wouldn’t eat, despite having food available. And I simply couldn’t stop laughing, because every keeper has been there, wondering what’s wrong with our animal. We have to rely on our powers of observation and experience, rather than bringing up tabs (which in this case, didn’t say a thing about why said peafowl wasn’t eating). 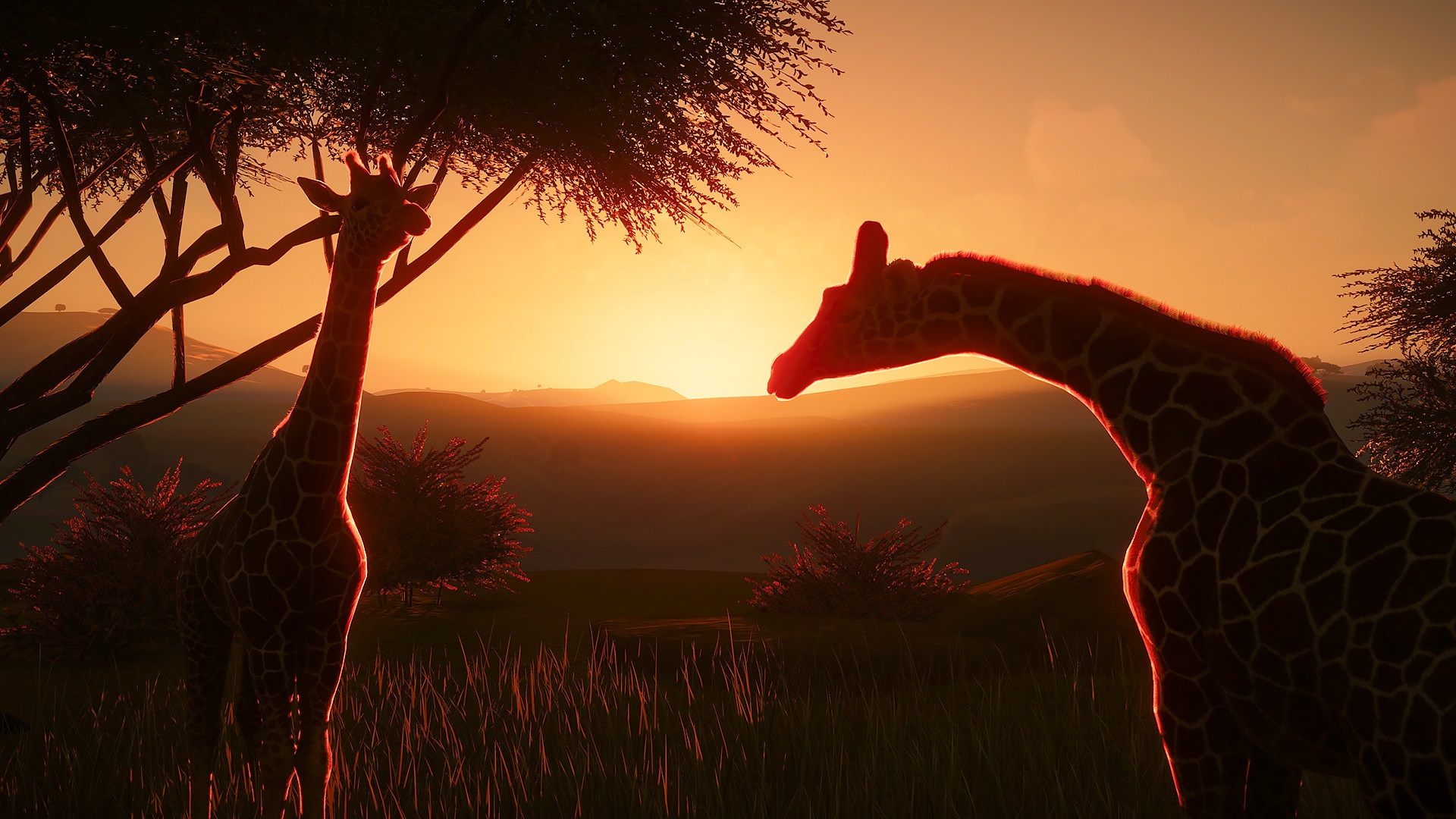 I was pleased to see there’s a focus on research. The Madagascar mission specifically states that it is a “key part of running a zoo” and this made me happy. Zoos do so much for research and conservation, but still lag behind in getting these stories out to the public. You can assign your vets to do research on a specific species or disease, which unlocks levels and items to improve your animals’ welfare.

I did have some issues with the game, some of which are undoubtedly related to my previous statement of not being much for sandbox type games. I found the sheer minutia of the game impressive, but at times too fiddly. Every habitat has to have a gate for the keepers to get inside, which makes perfect sense, but this gate must match up with an existing path. After redesigning the habitat barrier, gate and pathway many, many times, my husband finally gave up at one point in the tutorial. Let me assure you, if the most arduous crossing I ever had to make from path to gate was three feet of manicured lawn, I would in no ways be complaining. I can do that. I can do that carrying 75 pounds of alfalfa. Please just let me get in the darn habitat and feed the animals. Getting rid of sections of barriers and items such as shelters was needlessly difficult. At one point a shed was being demolished piece by piece, because I couldn’t select the whole thing and delete it. Or, if I could, that option was hidden from both myself and my gamer husband. 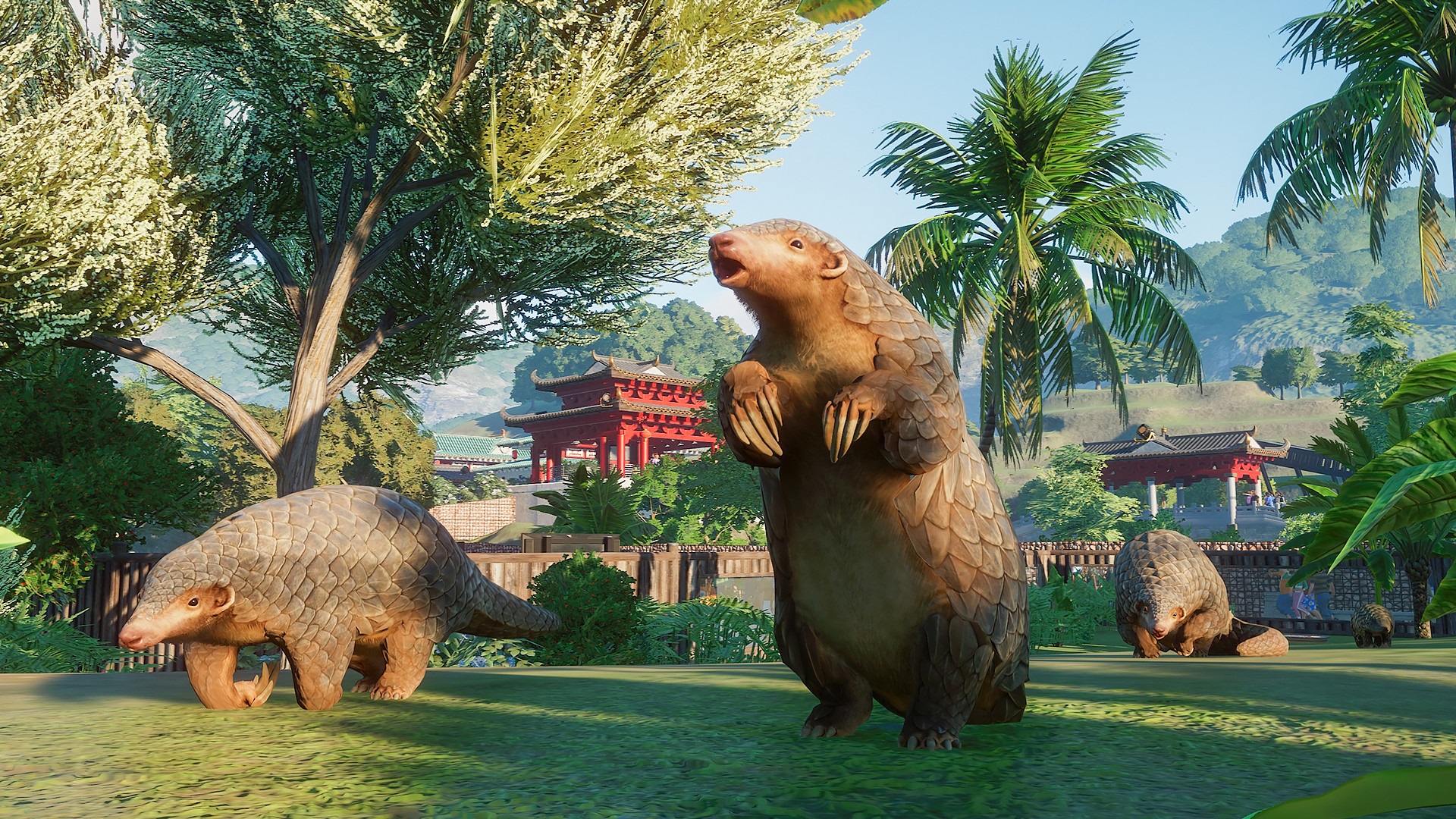 It must be noted that my husband and I came across a significant bug while playing the Madagascar mission, which a Google search indicated was known to the developer. The red-ruffed lemur exhibit is dirty to the point it has become a disease concern. Hiring more keepers didn’t fix the problem. Assigning them specifically to the habitat didn’t fix it. Assigning a mechanic to the water pump (which appeared to be in working order) didn’t fix the problem. Reading other people’s experiences on a non-official board seemed to indicate the issue was feces coming through the water way from another habitat (again, bravo to the development team for incorporating a real-life concern), and the only solution was to remove the water and replace it, and/or raise the climbing structures so keepers could clean more easily under them. Which, yeah…that’s exactly something you’d notice if you were in the habitat in real life, but I’d never think that the game would be that picky. Regardless, we abandoned that particular mission after throwing multiple staff at the problem with no feedback from the game in regards to what actually was the issue.

Since I was asked to write this from the angle of a keeper playing the game, the following are drips and drabs and nitpicks. While it may come up later in the game, there was no mention of budget in the missions I played. How much money the zoo has is displayed on the screen, as well as the cost for every item, but it made me anxious to fulfill a keeper’s dream and essentially put in whatever I wanted. All throughout the zoo, guests are carrying helium balloons. Balloons aren’t sold or allowed to be brought in at many zoos, due to concerns that they’ll be released and ingested by an animal. Indeed, on multiple occasions, I saw the shadows of escaped deadly latex spheres floating across habitats. Perhaps balloons are still commonly sold in UK zoos, but not here in the States. 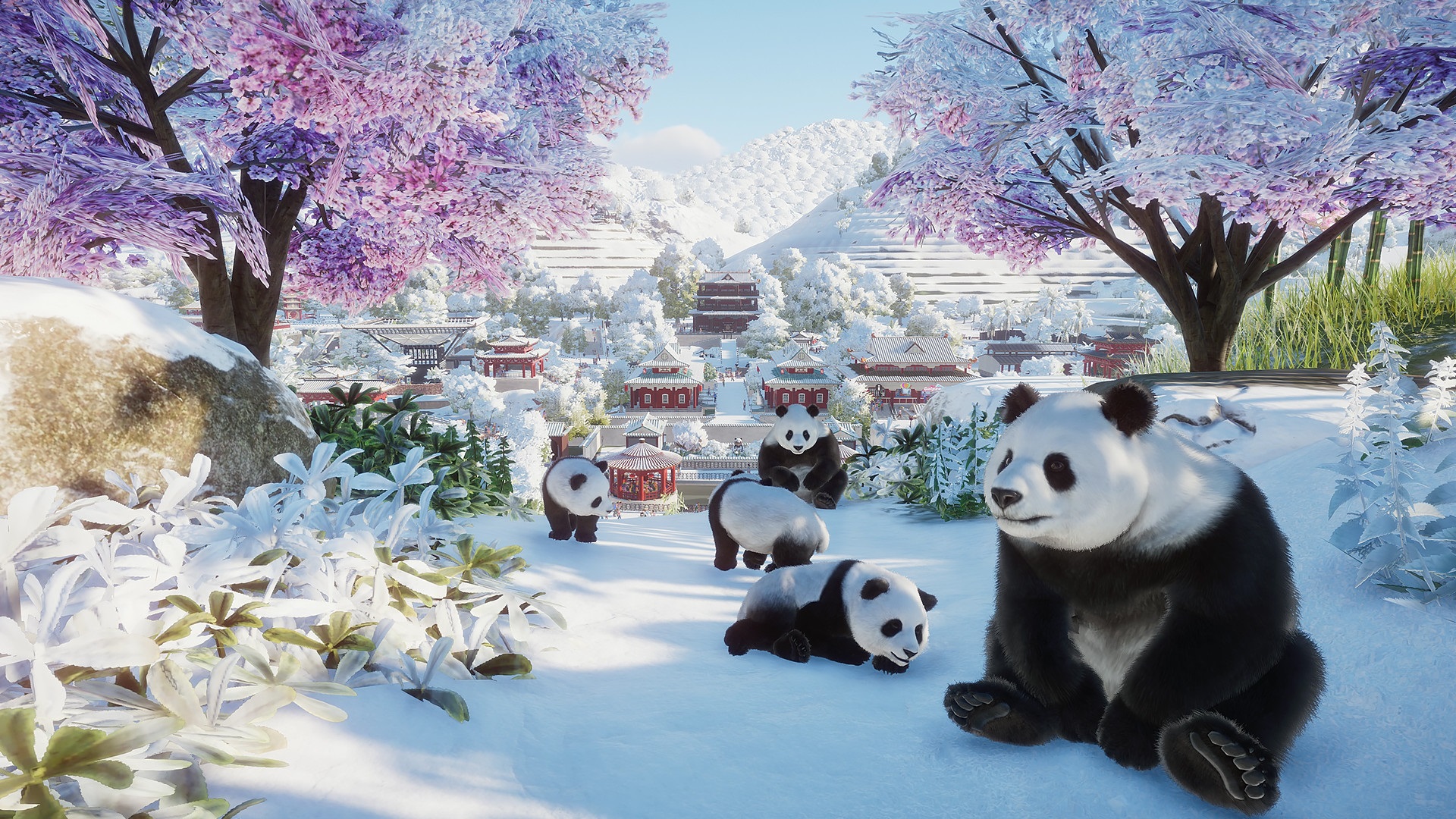 When experiencing the tutorial, you’re told to “ditch the diploma.” Now, this one irks me. I’m guessing the game wants you to focus on getting hands-on experience, but the fact of the matter is that the vast majority of keepers these days, as well as upper management, are college-educated professionals. It’s incredibly difficult to find a zoo job without having that diploma. My boss at a previous facility, helping keepers with daily cleaning, was pointed out by a parent as an example to their child of why they should stay in school, or they’d end up like him. Not the best way to start out the game. Another minor nit pick is having the keepers in with the animals to feed and clean, regardless of whether those animals are say, something like a bear or tiger. I realize this is a much simpler way to animate that the animals are being cared for than having them shift into their barns (which, I don’t recall seeing at this point, now that I think about it) so the keepers can safely enter the yard. Regardless, it did have me yelling at the screen the first time I saw it. None of these detract from the overall game experience and will probably go unnoticed by most people who aren’t in the profession.

In summary, Planet Zoo is a gorgeously-rendered, incredibly-detailed game that went far beyond what I was expecting, even with noting the keeper chatter in passing. The developers obviously did their research and it shines through in so many ways. The tutorial walks you through the complex choices and sets you up to design and build your dream facility. If you’re in the zoo industry, this is probably already on your holiday list. If you’re a fan of zoos and/or world building games, this is one you can’t pass up.