MMA’s history in gaming has had many ups and downs — with some coinciding with the industry’s own ebbs and flows. The rise of UFC after the debut of The Ultimate Fighter in 2005 and its finale fight between Stephan Bonner and Forrest Griffin led to the sport reaching new heights. Things weren’t always that rosy, though. The industry was banned on PPV leading to many of the industry’s greatest fighters having their prime athletic years spent in an underground organization with a minimal audience to showcase their talent. In the interim, UFC games went from being pretty big deals in 2000 to being budget games in only four years. It wasn’t until UFC Undisputed in 2009 that the industry saw another AAA-level game get rave reviews — and that’s when EA went into high gear.

THQ got the license instead of EA, and they were left trying to create an MMA game without the UFC license. It was an uphill battle and one that EA was unfamiliar with. They were used to being the top dog in their sport of choice and hadn’t worried about something lacking THE big name license in many years. They found themselves in the role of underdog and had to fight from underneath. Fortunately, MMA as an industry was booming and there wasn’t just one big name in town. Scott Coker’s Strikeforce group went from being a thriving San Jose kickboxing promotion to the second-largest MMA group in the US after the fall of both Elite XC and Affliction MMA. Fighters like Frank Shamrock and Cung Le helped it rise, while national TV via CBS and Showtime helped give it a sustainable business model. 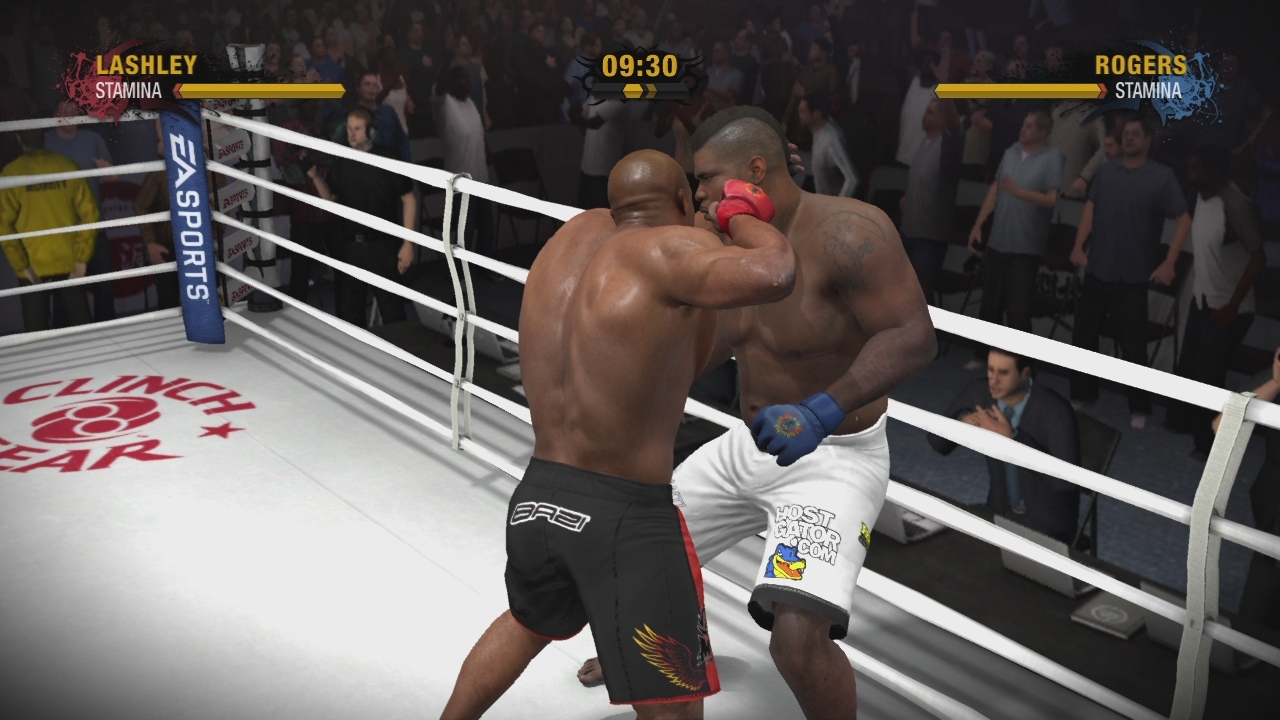 With that exposure came a desire to get the name out more — and what better way to do that than with a video game. EA may not have had access to the UFC roster, but there were plenty of former UFC fighters on the free agent market who they could use, alongside crossover stars like Bobby Lashley and Ken Shamrock who also had success in pro wrestling and MMA. They were able to get two major names for the cover — including a then-current UFC star whose likeness rights weren’t owned by UFC in Randy Couture alongside “The Last Emporer” Fedor Emelianenko, who was a massive star in the Japanese promotion PRIDE before going company-to-company as a mercenary whose management was out to make as much money as possible and left a lot of scorched Earth as his reputation as a world-beater allowed him to make more money than he could ever recoup in either PPV buys or TV ratings.

The idea of having both men on the cover stemmed from that being a huge dream fight of the time that could never legally happen and it did give the game a bit of cache as both men were legends of the sport and the roster at least on the heavyweight and light heavyweight side was pretty stacked. There were a lot of real-life fighters who couldn’t be in the game, but thanks to the creation tools, you could either make them or use the innovative for the time photo tool on the EA MMA website to use photos of real-life fighters and make pretty good recreations complete with a lot of real-life names being announced. The limited gear selection for the toolset hurt things a bit, but it was good enough to get the job done until the servers went down and then the only thing you could do was make characters using online formulas from scratch and not download fully-crafted ones. 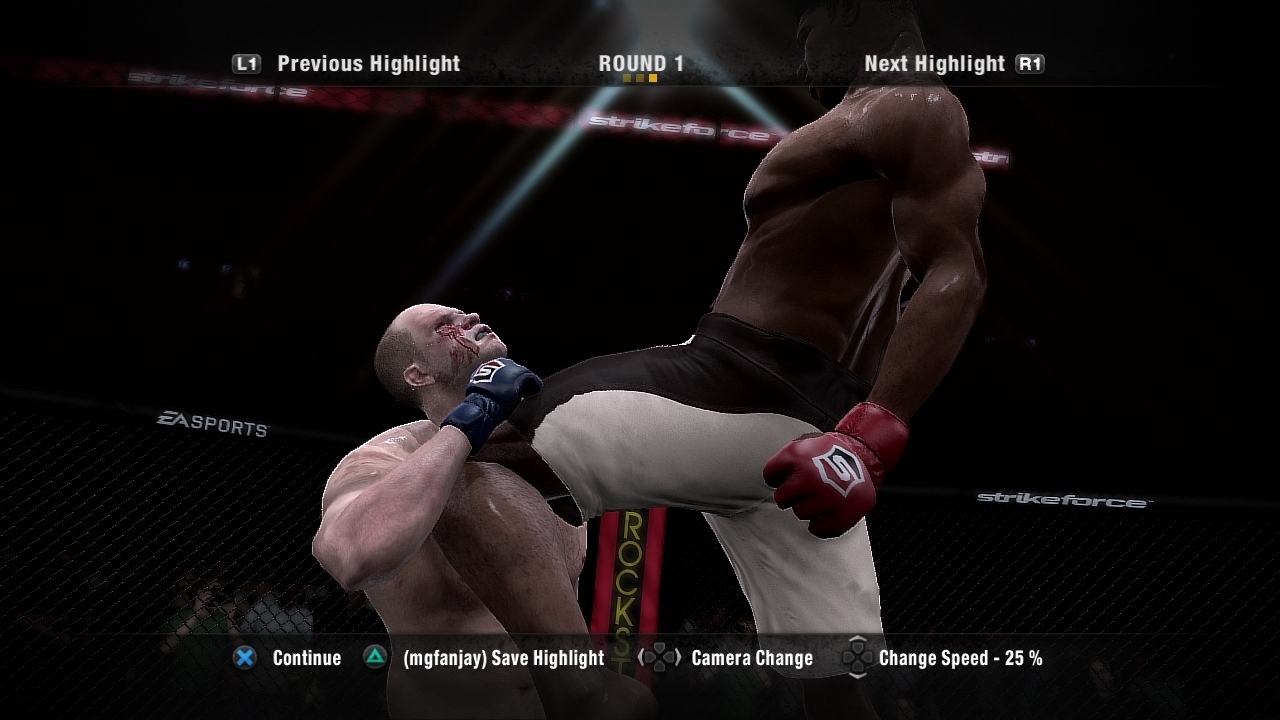 EA had never created an MMA game before, but did have Fight Night to work from and the standing game is good. You can fake out shots with ease and even get in a cheap shot when going to touch gloves. Flash knockouts are possible with any major strike like a high kick, hook punch or flying attack. Some of the game’s best moments come from landing those and watching your foe fall like a frozen rope to the Earth. Flying attacks are also a high risk/reward game because they drain a lot of stamina from you and that can only be regained to a limited degree. Nailing one at just the right time, however, especially when someone’s jaw is wide open, can lead to a one-hit knockout. There’s nothing like starting a fight off hot and just landing a shot perfectly for a walkoff KO and EA MMA replicates that feeling wonderfully.

The ground game is a bit different and has two different types of submission — chokes get a stick-based setup where the screen blacks out more as the choke gets deeper to replicating passing out. It’s cool and the best chokeout effect ever in an MMA game. Limb submissions get an almost rhythm-based setup where the more you press a button, the more damage you do — but the more tired you get. Generally, you just press every 1.5 seconds and you’re good for a submission, which makes limb locks an easy way to win if you mastered the timing. Moving around on the ground is contingent upon landing a couple of strikes and then moving the stick to make progress and get more damage in with your strikes in better positions. 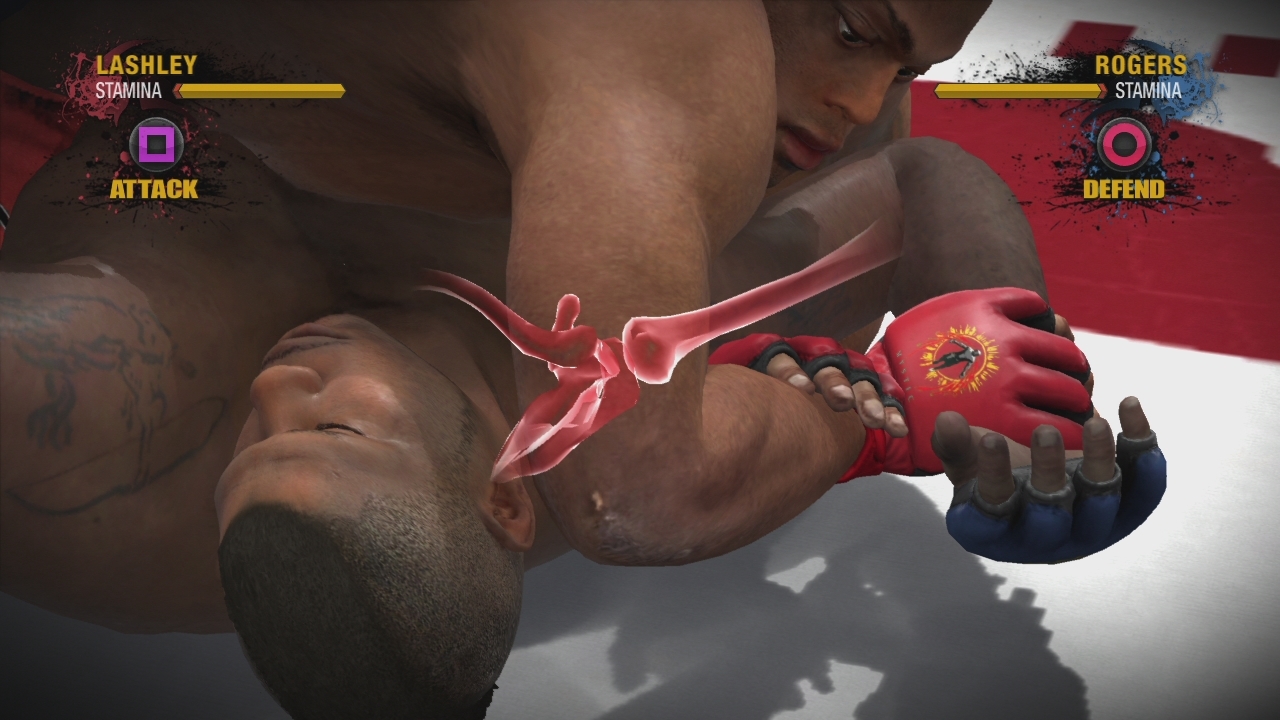 EA MMA did something that still hasn’t been topped in crafting a fun and compelling career mode for an MMA game. You start from the bottom at a local gym and travel the world to master various disciplines of MMA. Along the way, you will meet a variety of both real and fake masters with the best one being Bas Rutten, who may be the main reason that this mode is so fun since he’s so charismatic. You learn new moves by testing them out and if you don’t want to do that, you can just skip the training at a minor loss of XP and just focus on fighting. It’s respectful of your time and remains fun even today.

The game’s usage of Strikeforce allowed it to have some major name arenas included and while they didn’t use DREAM, they did create their own Japanese white-clad ring promotion in Mystic that serves the same purpose and allows you to fight with different rulesets than in the US. Grounded knees are legal as are stomps and the switch to a ten minute first round means you have to conserve your strikes to avoid getting winded. It’s a great move and allows the game to feel like a more all-encompassing representation of MMA as a whole instead of just being a simulation of one company. 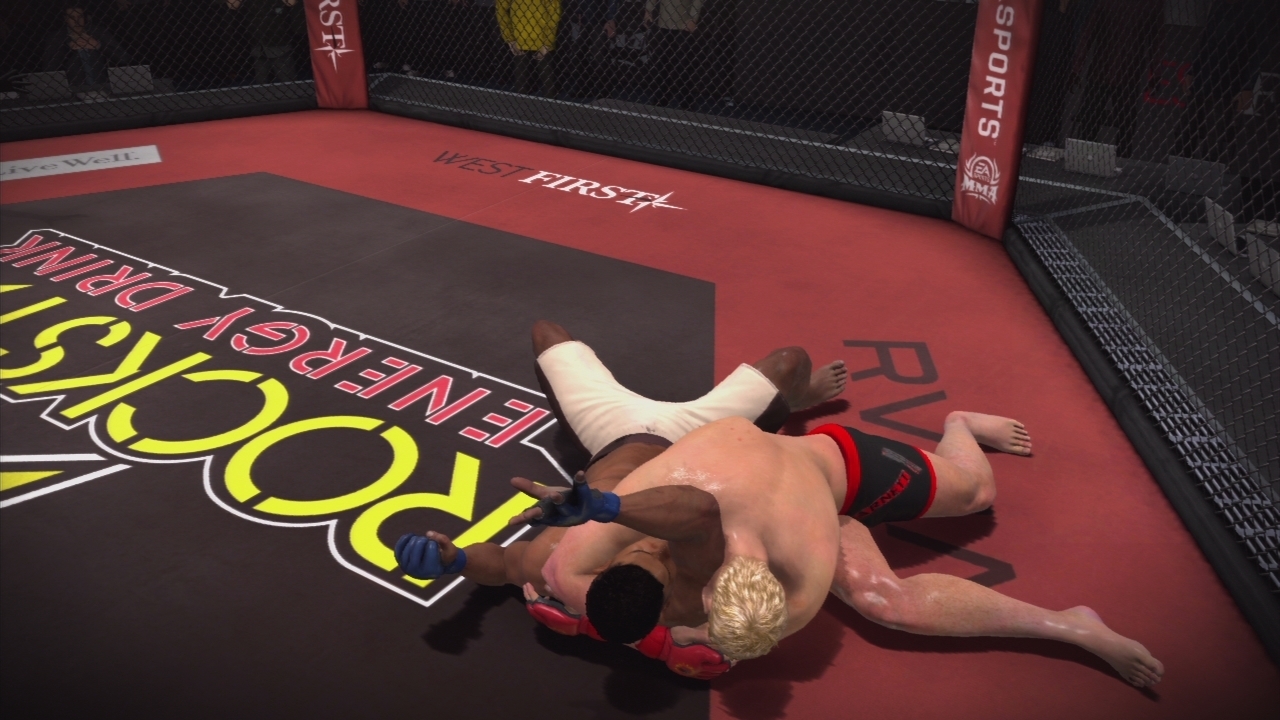 While EA MMA didn’t do great numbers when it was released, it was ahead of its time with its creation tools and overall gameplay. The online interaction with weekly commentary for online events was huge at the time and something that helped it seem like EA was behind it in a major way. While EA UFC has since taken the mantle for EA’s MMA games, none of them have quite matched the fun showcased here even with nearly a decade passing since its release. It has features like show-motion replays for victories that you can control the speed of that have since been replicated for games like the WWE 2K games, and the graphics have held up remarkably well over time — as has Mauro Ranallo’s lively commentary. The game doesn’t cost much now and can be had for $10 complete.