There have been many overhead Zelda-like games on the market, but few manage to put their own unique spin on the formula. Games like Ittle Dew add some humor but come off as Zelda knock-offs with little to make it stand out beyond breaking the fourth wall. Others, like Oceanhorn, aim to modernize things a bit but also fall short at crafting a world that is unique. Sparklite blends a bit of Zelda with a rogue-lite approach to mix things up. You start off overwhelmed before being sent into the sky by a group that’s out to save the world. They do it with your help as they need you to farm money so they can build things up on their sky base and doing so enables you to boost your skills, items, and such. 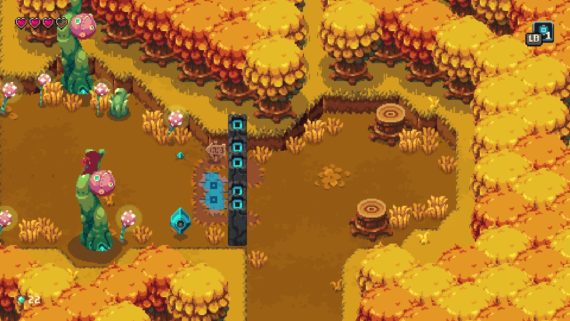 There’s some world-building to do, but it’s passive and doesn’t take up much time beyond grinding. The grind is a lot of fun since the action is so quick, with responsive controls. In the early going at least, the game shows a ton of promise – but it is pretty tough. Enemies outnumber you and can kill you in a few hits, so you have to be careful with your movements. It’s not quite a Souls-like experience though – just one that requires a bit of trial and error. An enemy’s attack pattern is ingrained on your head once you die once, so it’s just a matter of avoiding that attack in the future and then waiting for enemies to attack before you do so. Early on, there’s a lot of potential here. 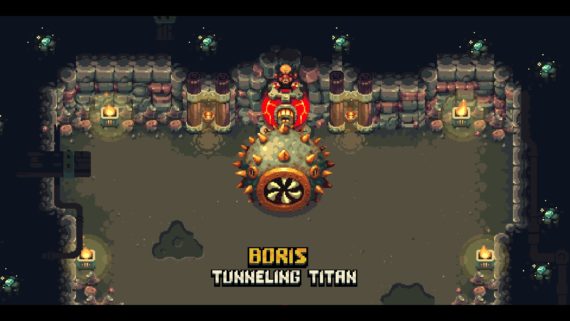 Sparklite has an early bird discount on all platforms bringing it down to $21.24 – a pretty fair price overall. It’s well-crafted and the pixel art is incredibly detailed with rich details like shadows that move in real-time. Sparklite is available on PC via both Steam and in DRM-free form at GOG. Console owners can enjoy it on the Xbox One or Nintendo Switch – with the latter being a perfect option for a game like this where quick death can still result in you making nice progress with wealth-building. If you want a new Zelda-like experience, check it out.