Not every day can be sunny but the ocean doesn’t care.  It’s going to be beautiful no matter the weather, even on the days it would cheerfully squish you flat with the unrelenting force behind millions of gallons of angry salt water.  The ocean is neither friend nor enemy, but it is the perfect place for adventure.  Stranded Sails: Explorers of the Cursed Islands is a combination adventure/farming game on a series of islands in a vaguely Caribbean-like setting, where you need to turn a small camp into a functioning farm to provide the resources necessary to survive the next part of the quest.  Its Signature Edition physical version just shipped out recently, and while the weather is sunnier in the game than it turned out to be for the unboxing, it just means the ocean is a different kind of pretty.

As is the standard for Signature Edition, the box itself is a nicely bulky thing, sturdy and solid.  The outside is a slipcase with the game art on it while inside is the usual all-black cardboard container with the silver Signature Edition printed boldly on top, bottom and front.  The slipcover slides up, you lay the box flat and pop off the the front, and inside is the game and a slew of fun extras held safely in place by protective foam padding.  It’s worth noting here that the game ships securely padded, but when taking pictures by the ocean on a breezy day it’s important to make sure that the box is far enough from the edge of the thing it’s set on so it doesn’t tumble to the rocks below.  That ding on the upper left corner wasn’t there when it arrived. 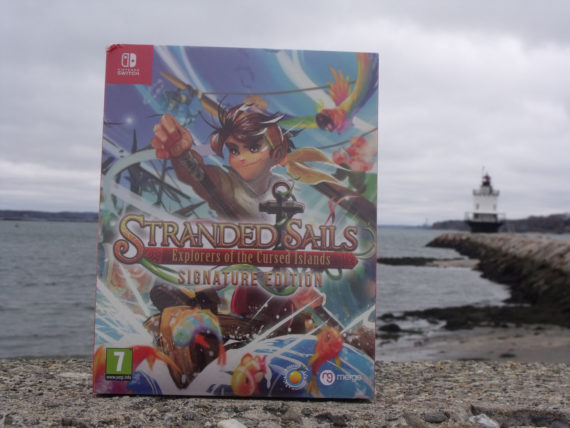 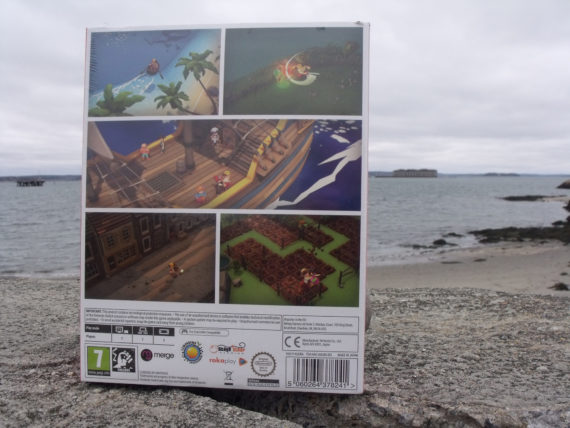 Working from top to bottom, the first thing to see is a set of art cards.  The first one is the cover art, last is a map that just may help in the treasure hunt and in the middle is the signature card that gives this series its name.  The signature card is also numbered, because while they’re generally easy to order, any game of this edition is limited. 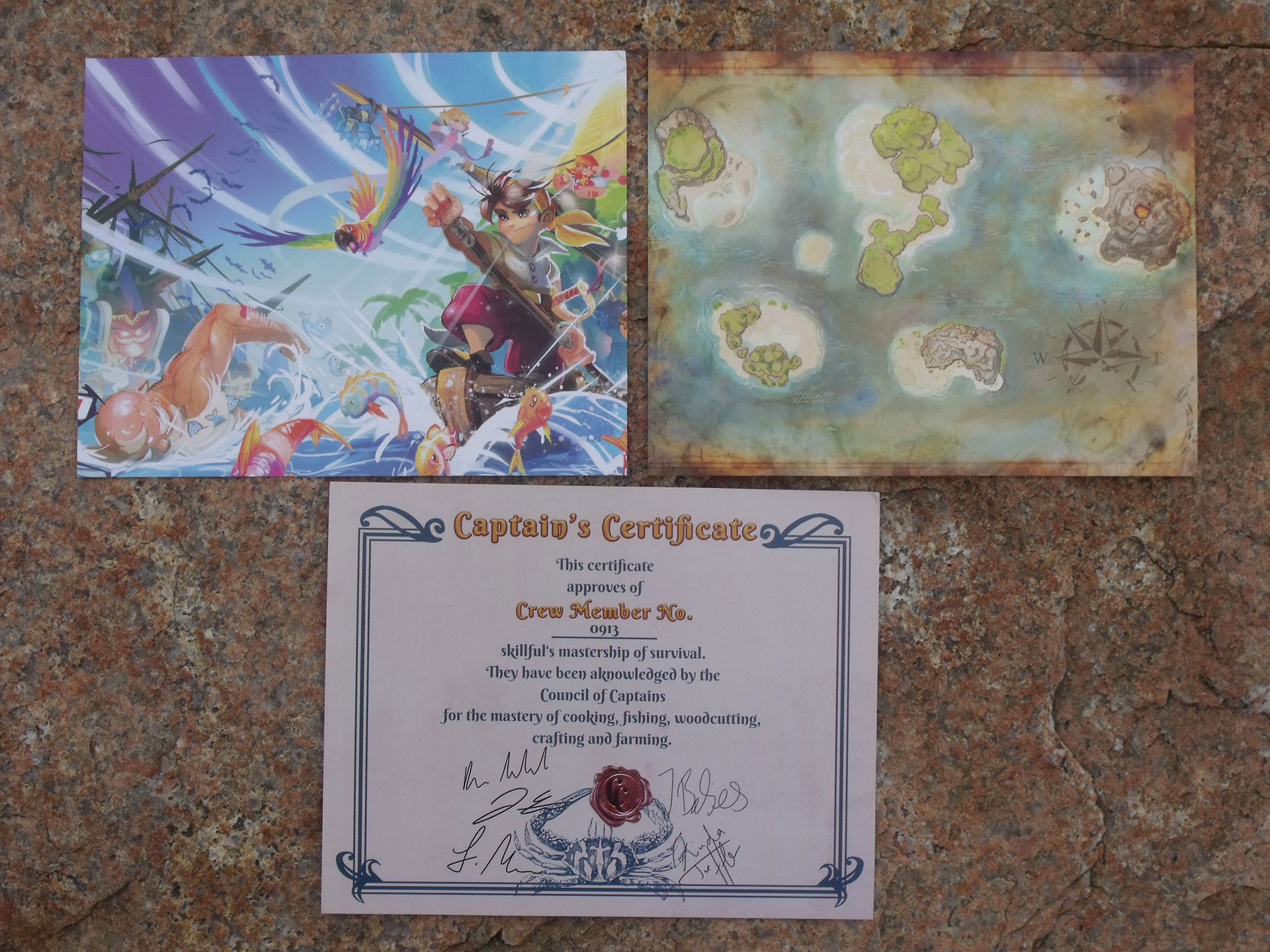 Below the cards comes the art book, containing everything from initial designs to final revisions of a good chunk of the game’s people and objects.  It’s a particularly informative little booklet, with captions and notes on every page explaining what it is you’re looking at and giving details on the evolution from rough sketch to in-game item.  It’s also very important, when photographing on a breakwater made of roughly carved stone, to make sure the book is securely in place unless you want it to fall onto a clump of damp seaweed in the cracks below. 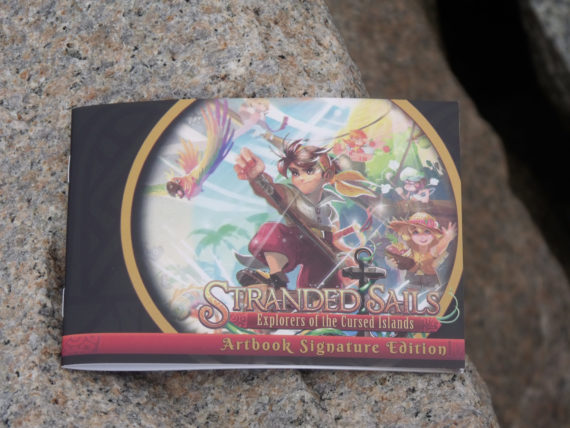 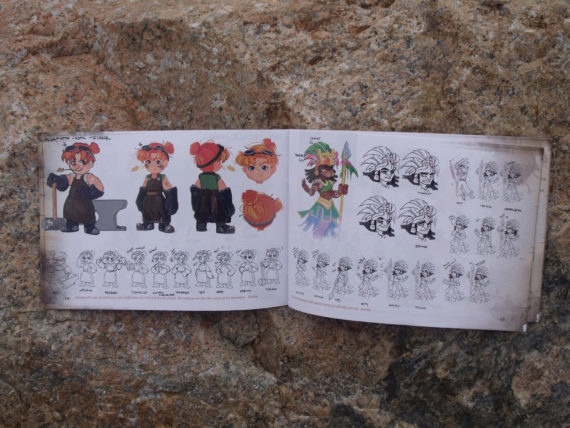 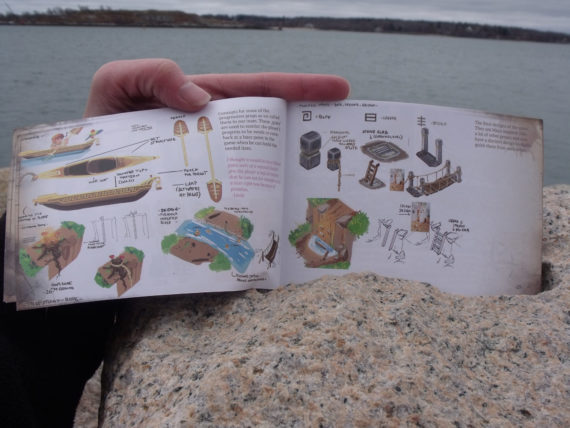 The art book sits on top of the game’s case, which is what you’d get if you ordered the standard edition instead of Signature.  It’s nothing too fancy, just a plastic case with the game inside, but all these extras would be kind of pointless without the actual game to justify them. 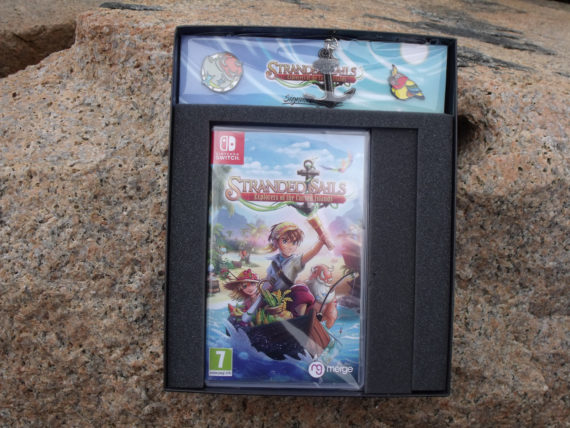 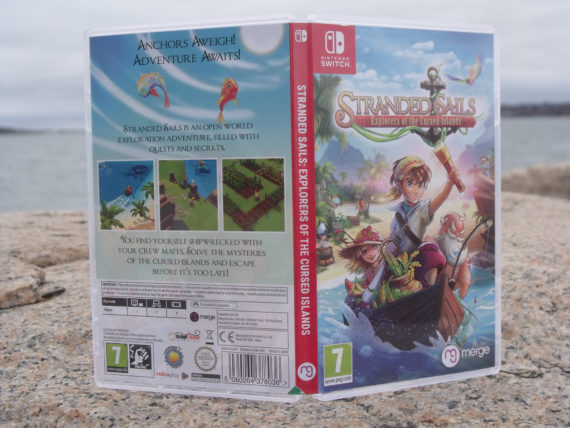 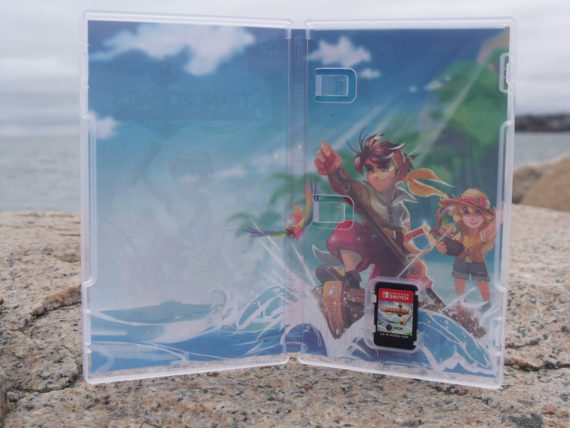 Resting above the case are the pins and keychain, although poor Fritz’s head is upside down in this shot.  Turns out he’s got a bushy beard (with a fish in it) and a sprig of grey on his otherwise-bald head, rather than a rich covering of hair and a weirdly lopsided grey mouth.  The last piece of the collection is the coin, which is a pre-order item not included inside the box, and it’s a nicely hefty chunk of metal for its size. 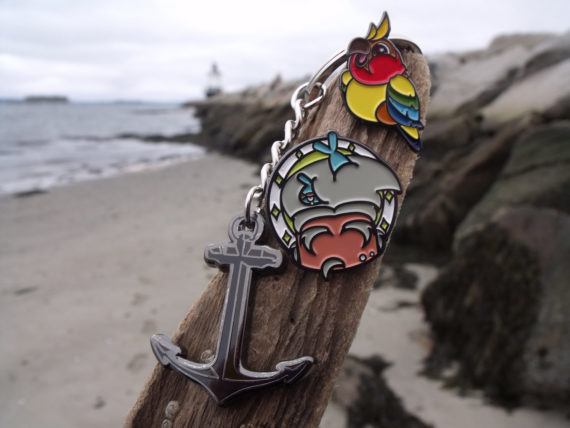 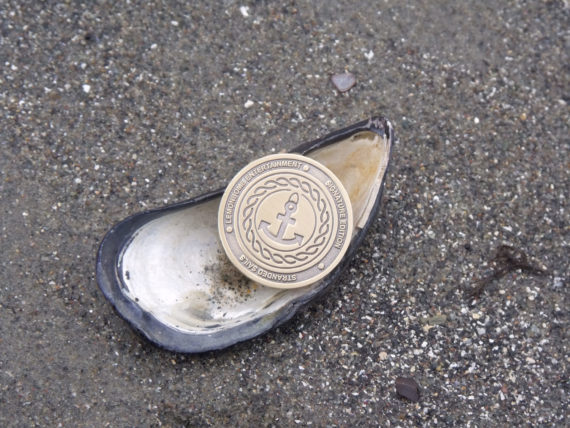 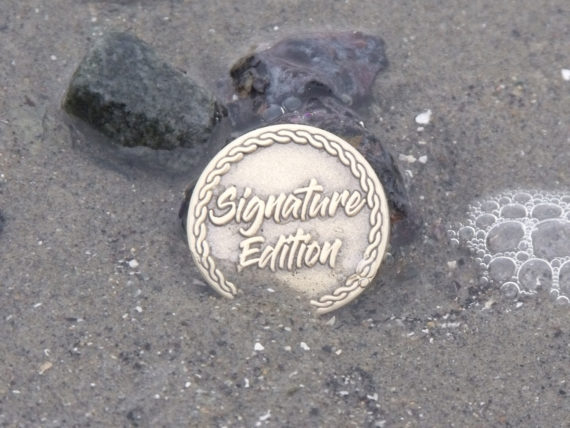 Stranded Sails is the typical Signature Edition release, meaning it’s a fun collection of game and game-related items that makes the package feel fancy without going overboard about it.  The standardized boxes line up nicely on the shelf, leading to a clean presentation if you decide to collect a bunch of them.  The best thing the series does, though, is make for reasonably-priced collector’s editions that feel nice without going crazy about it.  Stranded Sails is the first of several Signature Editions coming out this fall and another good entry to its ever-growing library.