Who knew that the worst terrors of space were mecha-fish?  After decades of getting beaten down by the heroic fighters of the Darius system, the deadly fishy Belsar armada racked up an impressive number of appearances on consoles and arcade.  Darius is a legendary shooter series with a rich history, and M2 gave the games their due in a set of Japan-exclusive collections divided between arcade and console, landing on both PS4 and Switch.  Those collections are making their way across the seas in just a couple of days, set to go live on November 24, but for those who want something to go on their shelves Strictly Limited Games has it covered.  The collection comes in three separate sets, just like the Japan versions, although the console version has two extra games in it due to including the US versions. 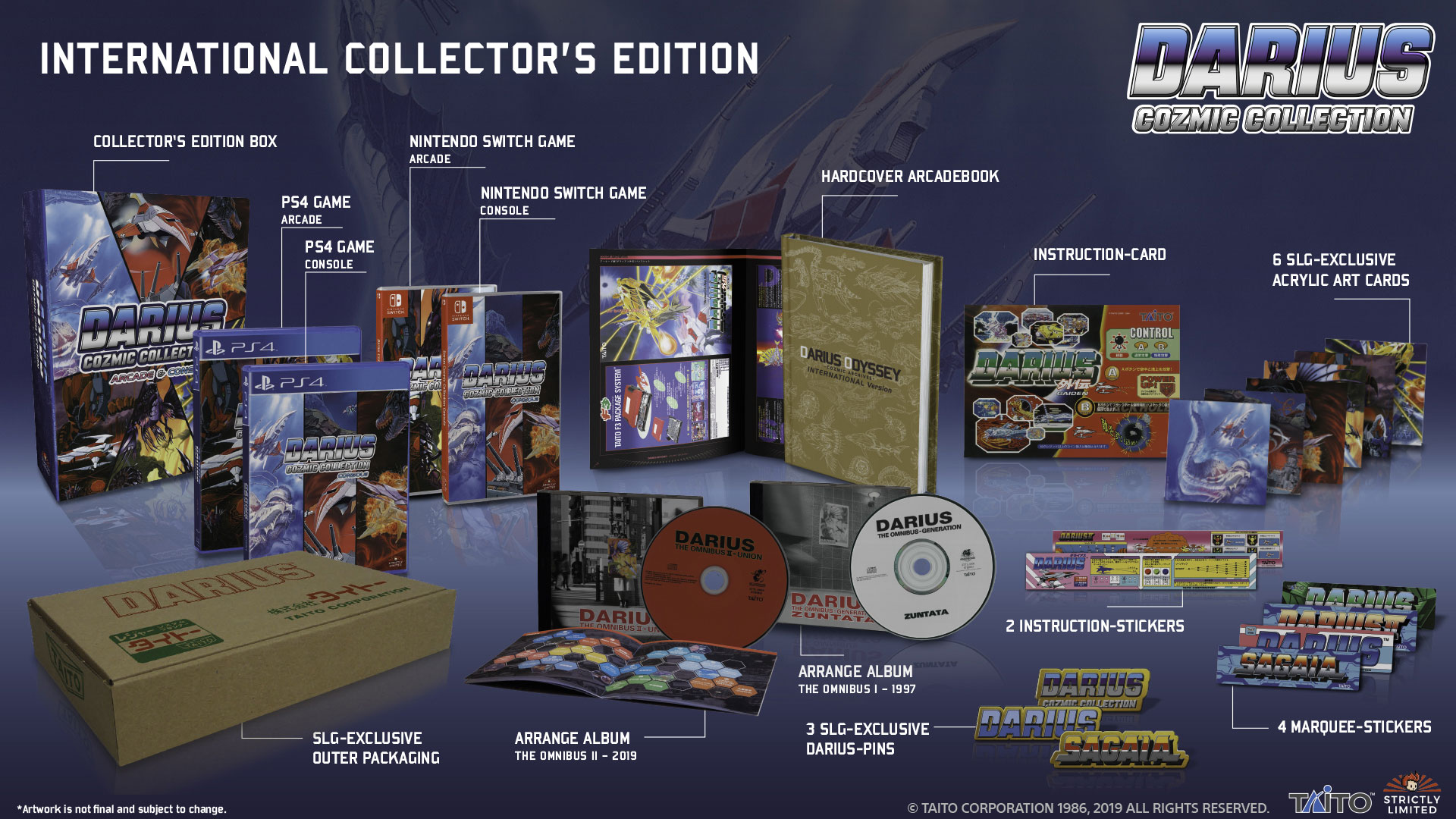