Activision released the roadmap for Call of Duty: Modern Warfare season one today, and it’s looking quite substantial. Starting on December 3, the game will be receiving everything from new maps to new gametypes and weapons, with more free content to be added throughout season one.

The official announcement didn’t mention specific dates for all the content coming in season one, but it did at least provide some details for everything being added. The new “Crash,” “Vacant” and “Shipment” maps are all returning from Call of Duty 4: Modern Warfare and will apparently feature all the idiosyncrasies older fans may remember from their original incarnations. “Crash” is all about flanking, “Vacant” emphasizes interior combat and “Shipment” should be more about reflexes than anything else. 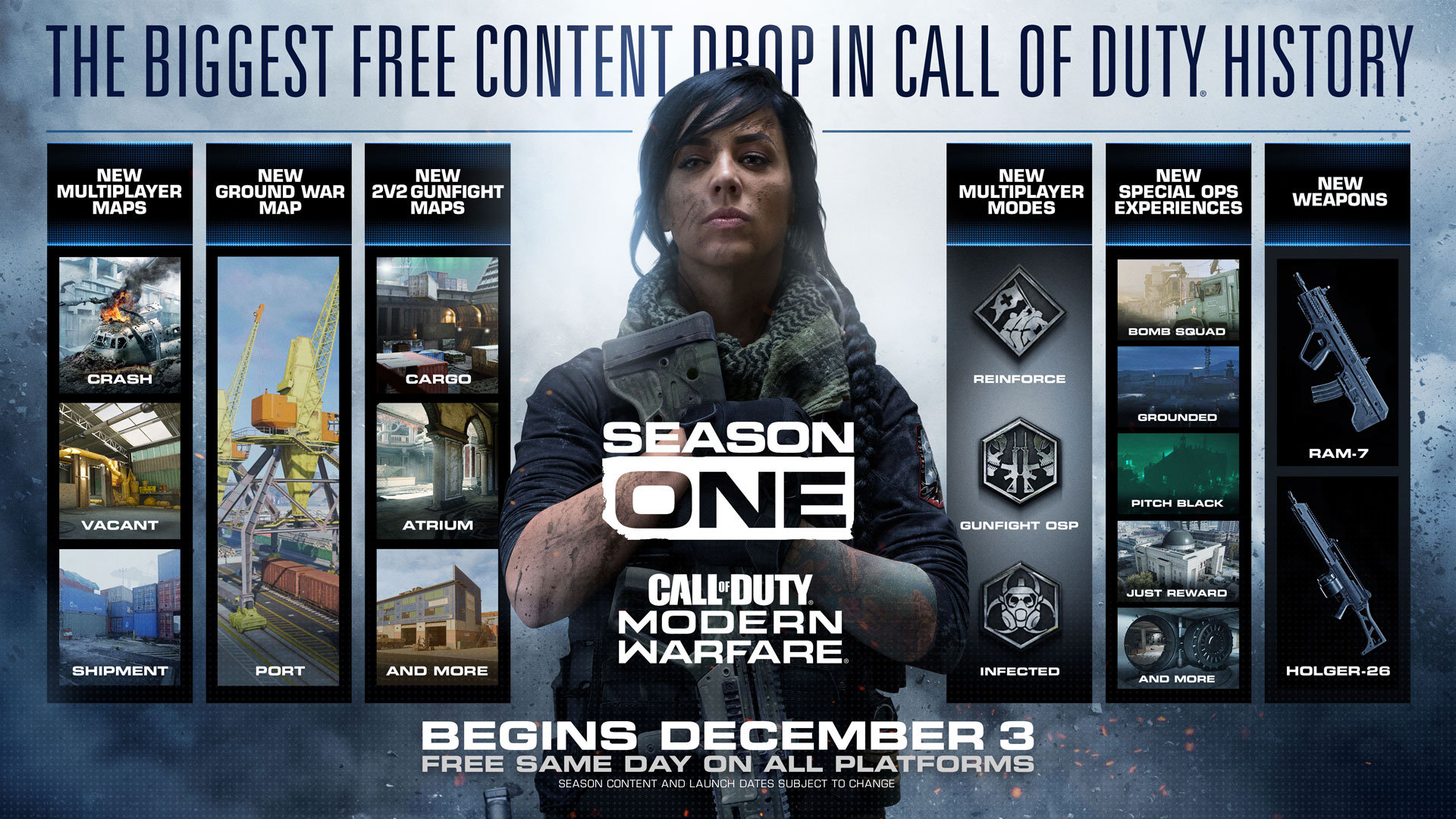 For the “Ground War” gametype, players will have the “Port” map to play around on. From shipping crates to massive cranes to everything in between, fans should have plenty of unusual terrain to try out. The “Gunfight” gametype is also getting some attention with two new maps: “Cargo” and “Atrium.” There are also new gametypes coming in the form of “Reinforce:” a combination of “Domination” and “Search & Destroy;” “On-Site Procurement:” a version of “Gunfight” that has players start with just their fists and escalates as they gather equipment, and “Infected:” shoot the zombies or become one yourself. Lastly, four new Spec-Ops experiences are coming, with “Bomb Squad,” Grounded,” “Pitch Black” and “Just Reward” all offering players something a little different.

Additionally, Call of Duty: Modern Warfare will be getting two new weapons and the previously announced battle pass. The Ram-7 is a brand new variant of the assault rifle, while the Holger-26 is a new LMG to chase after. Hopefully they won’t be a pain to obtain and won’t require any nerfs right out of the gate. Not all of this will be dropping on December 3 and there is apparently even more content on the way. Just be sure not to jump into that battle pass without giving it some careful consideration first.

Call of Duty: Modern Warfare is available now on PC, PlayStation 4 and Xbox One.