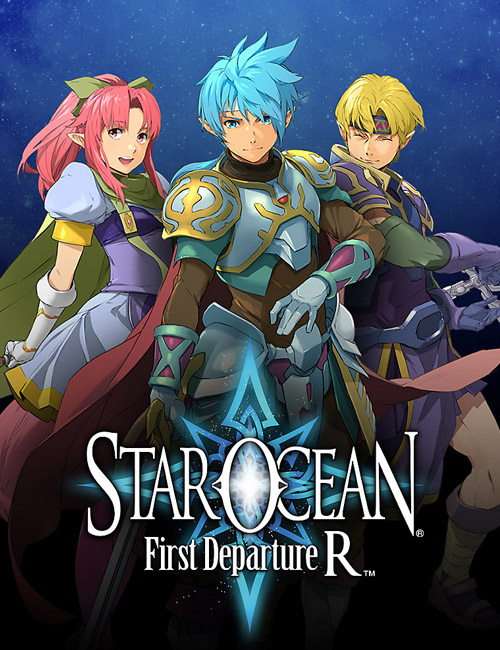 Let’s start off harshly: without including remakes, there hasn’t been a groundbreaking Star Ocean game in over two decades. Well, one can make an argument that Till the End of Time was actually pretty good, but even then, that would mean sixteen years have passed since the beloved franchise has seen a release that surpassed, or even matched, its closest competition. While it had solid combat fundamentals, The Last Hope lacked in every other category, and Integrity and Faithlessness was an utter mess that many fans want to forget completely. It got so bad that we thought we had lost it to the mobile market when Anamesis came out (and this could still potentially be the case). Square Enix has had to revert to remaking and remastering the first two games, first on the PlayStation Portable, and now on the newer set of consoles. While we’re still waiting on Square Enix to localize the PlayStation 4 version of Second Story, one of the best JRPGs released during the PlayStation era, we’re instead treated to a throwback that set the series in the right direction. This is the PSP remake of the SNES original, showcasing a newly-rendered world, beautifully-crafted sprites and high-res character art. After so long, does Star Ocean First Departure R hold up or is it best left in the void of space like Integrity and Faithlessness?

Star Ocean tells the story of the young swordsman Roddick, alongside his friends Dorne and Millie who defend a small town from bandits and monsters. A disastrous disease has started to spread across the land, turning anyone affected into stone. In the process of looking for a cure, the three are greeted to aliens from the mysterious planet Earth who have come to help them cure this deadly affliction. This is the prime objective in the game, as players will be thrown through time and space in order to obtain a vaccine to save their planet, not to mention their friends and family. It’s a simplistic story that has some twists and turns along the way, but what makes it enjoyable is the vast cast of characters. While Roddick feels like your traditional hero, sometimes being a bit oblivious to certain situations, it’s the sizable roster that brings the story to life. Of course you have the childish Welch who has become a staple of the Star Ocean franchise, along with the maiden on a mission Mavelle who only has vengeance on her mind, the stoic swordsman Ashlay, the somewhat uptight Phia and so forth. It’s not the roster of say Valkyrie Profile, but it boosts diversity, to say the least, as each comes with their own characteristic perks and mechanics. 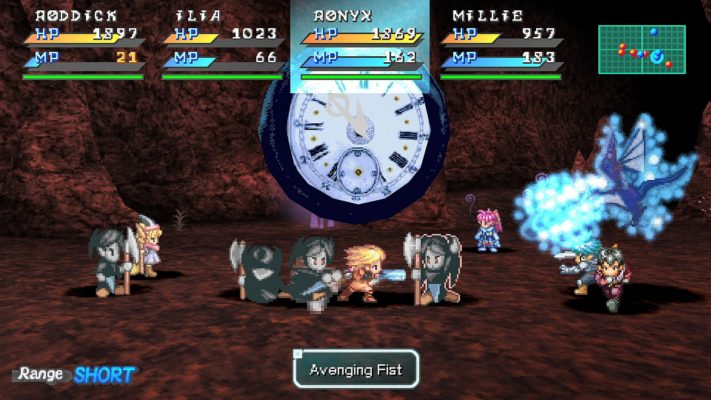 Star Ocean First Departure R isn’t particularly a long RPG, taking roughly twenty-five hours to complete. Fortunately, a lot of its longevity comes from replaying it and interacting with the characters. Depending who you recruit into your party, there will be different stories and interactions to be told, and it’s not a game that you can get everyone in one go. Depending who you permanently obtain, other paths will be locked to you, sometimes restricting you from drafting better characters for combat. There’s not necessarily a meta as each character has their own unique quirks, but there are characters who you could very well see helping with character composition and makeup during specific scenarios. Regardless, while I’m not someone who like to replay a game over and over again, especially when you have to dedicate upwards of thirty hours each time, it allows you to unlock more story and areas you didn’t get to see on your first go around.

Mechanically, First Departure R is what we’ve come to expect from a Star Ocean game. You’ll be running around in a 3D space hacking and slashing away at opponents that you’ve found via random encounters. It still feels as enjoyable as it did back in the day, even though the random encounters can be an annoyance at times, especially during quests that have you backtracking a good distance. It would have been nice to see a no-encounter “cheat” option, similar to how Square Enix handled it in Final Fantasy VII-IX ports. They did thankfully include the ability to run twice as fast, which makes getting around planet Roak all the more bearable, something you never really appreciate until you let go of the run button. The only real shortcoming here is not having the ability to activate is to be persistent in the settings, rather than having it assigned to ZR.

While developers are using filters that utterly destroy the quality of older titles, a lot of which feels like putting Vaseline over your eyes, Star Ocean First Departure R is a nice change of pace as it retains the beautiful artwork the PSP remake displayed. The scaling to HD has gone exceptionally; you obviously can tell this was an older game originally developed for a handheld device as the 3D models are low res, and the pre-rendered backgrounds are pretty much just upscaled, but sprite-based character models are of the highest quality. First Departure R also features newly-rendered characters for dialogue (which can be swapped between the original), along with the ability to swap between the two on the fly — that’s not to mention swapping between the Japanese voice tracks. While this is great extra work was put in, it is a little off putting when cutscenes begin to play and their character art is drastically different than what we see in game. Granted, there aren’t too many to begin with, but it still something to note. With that, I actually prefer the older character art to the newer; it shows a higher level of detail, especially in clothing and armor, but the older stills instill a great deal of nostalgia. 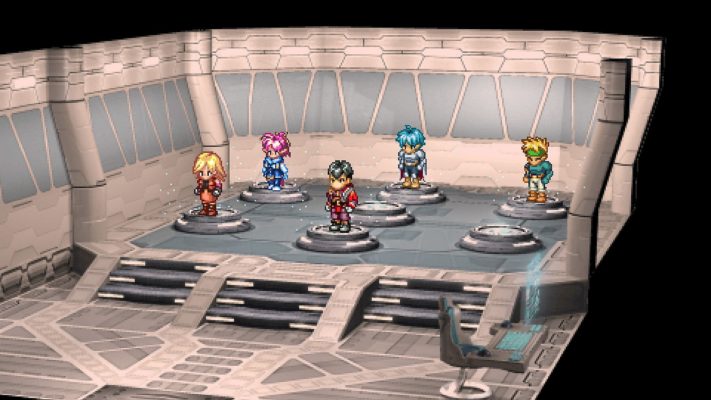 Star Ocean First Departure R is the best Star Ocean game in a long time. It features a diverse cast of characters that will make you want to play this twenty-to-thirty hour romp a couple times over, and gameplay that, while at times can feel dated, is still highly engaging. The addition of being able to run faster is one of the best new features, although it feels like a half measure to avoid some unnecessarily lengthy treks and battles. Square Enix also was able to retain First Departure’s beautiful sprite-based artwork, and even though it won’t blow anyone away from a technical level, the art style more than makes up for it. Even though the franchise’s future looks concerning, whether you’re a newcomer or a hardcore fan, you owe it to yourself to revisit where the series began and took form.