It’s that time of year again! The holidays are right around the corner and that means shopping season is about to begin. While most gamers know what they want in terms of their games, there’s a lot of unanswered questions when it comes to hardware and what is the best for certain situations. Heck, there’s stuff you probably didn’t know you wanted. We are here to fill in some of those questions by highlighting some of the video game related hardware we got to test out this year. This includes chairs and capture cards to controllers and headsets. Here is our hardware holiday guide for 2019. 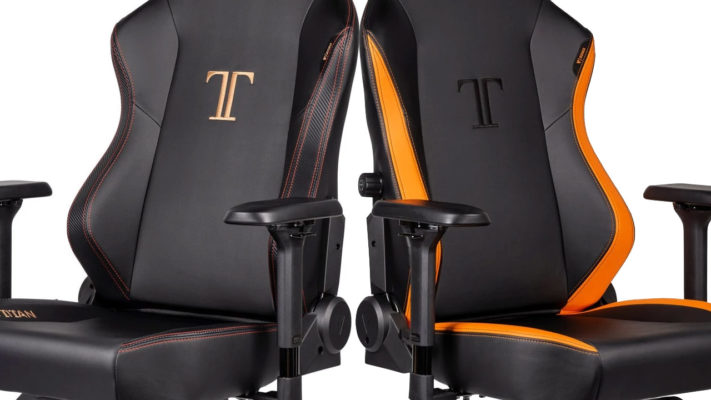 Gaming chairs have been all the rage for the last few years, for their look and comfort, and there’s no better choice than Secretlab. The Singapore-based company may not have a vast catalog of chairs at their disposal, but what they lack in quantity they more than make up in quality. The Titan 2020 Series is their top-of-the-line model and without doubt the most comfortable gaming chair I’ve ever sat in. It features a cross between a racing chair and an executive design, with various options to choose from. You can fully customize it with PU Leather or SoftWeave Fabric, or if you want to go fancy you can get the more expensive Napa leather. They also offer a number of designs, both in colors and collaborations with products such as Game of Thrones and Overwatch. This is crafted with quality materials, as the wheel base is made of ADC12 aluminum, being highly durable, ensuring that it can withstand the maximum weight limit of 180kg (396 lbs) on their XL model. Even the armrests, which are the perfect balance between firm and spongy (mostly leaning towards the former), have metal levers and switches to adjust the angle and height. There’s so much personalization to this, and that’s not even mentioning the recliner which goes back to around 160 degrees. Add on the adjustable lumbar support on the side and the comfortable memory foam pillow you can lay year weary head against and you have a chair that deserves to be at every gamer’s station. I can’t say enough nice things about The Secretlab Titan 2020 Series as it has made my days sitting at a desk infinitely more manageable. 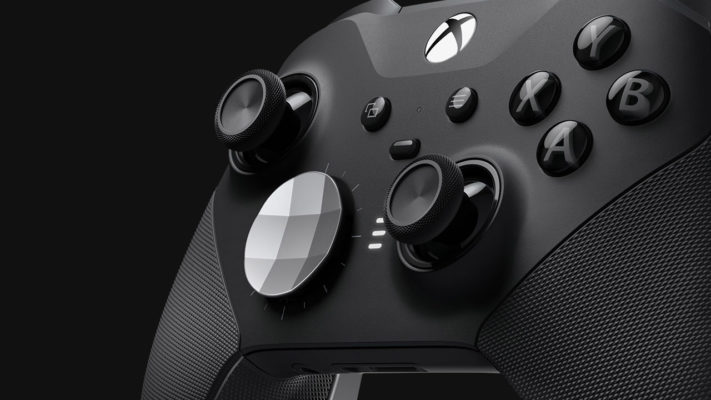 I will continue to praise Microsoft’s craftsmanship when it comes to their controllers. While they started off a little rough with the Duke on the original Xbox, they quickly learned and created arguably the best controllers on the market. The Xbox 360 was the gold standard and the Xbox One controller was an even better iteration. Halfway through this generation, though, Microsoft developed an “Elite” version of their award-winning controller to great praise. It may have costed a pretty penny, but it felt like you were paying for greatness. Jump to 2019 where Microsoft has created a second version of their Elite Controller, the Series 2, and it doesn’t fail to disappoint. It was an updated version of their existing Elite Controller that had various improvements, such as reduced paddle sizes that are less sensitive, an additional trigger lock, tension controlled thumbsticks, and extended textured grips. It also features an internal battery that’s good for up to forty hours at a full charge and even comes with a magnetic charging dock. Whether or not it’s susceptible as much wear and tear to the first model is to be determined, but having this thing in your hands just feels right. This is leisure product at its current high asking price, but if you’re someone who plays a lot of games on both Xbox and PC, then it’s well worth the investment. 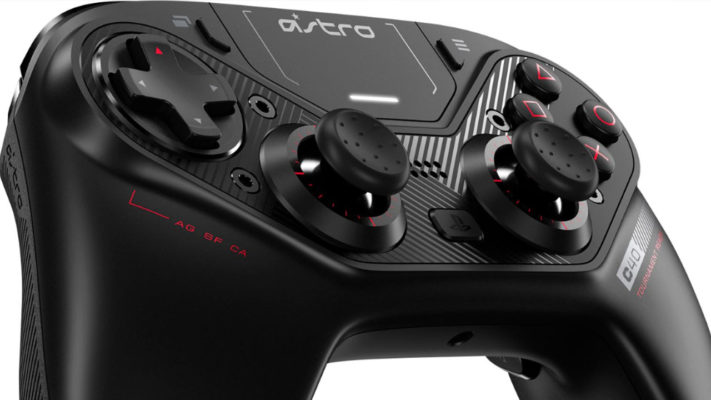 If you’re looking for something exclusively for the PlayStation 4 with a little bit of flexibility on PC, Astro’s Elite variation is the best option to go with. This is a modular, tournament-ready controller where you’re able to completely remap the placement of your sticks. This is more of a hybrid between the Xbox One controller and the DualShock 4 than anything else. The R2 and L2 triggers are squishier than you may be used to on PlayStation 4, but aren’t as deep as the Xbox One’s controller. The default thumbsticks (which have different variations to swap between) are more concave and have tactile grips on them. And of course the Share and Options button have symbols closer to that of the View and Menu buttons found on the Xbox One controller. That’s not mentioning the two extra buttons on the back of the controller that can be completely remapped to anything you want. Considering the way the controller rests in your hands, I prefer either the R1 and L1 buttons, or the Share and Options. The only downside is that it is bulky, being the biggest controller among the three, so anyone with smaller hands might have trouble with it. Another big factor upon purchasing this bad boy is the price point. This is an expensive piece of tech, even more so than the Elite Controller, but it does have a lot of neat features hardcore PlayStation users will take advantage of. 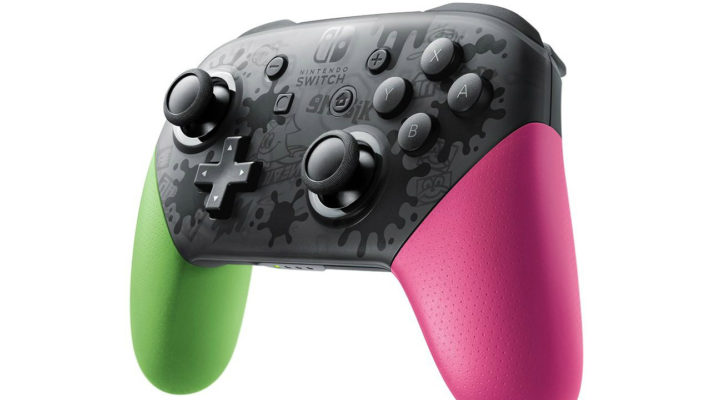 I think everyone expected the Pro controller to be recommended here. While the Nintendo Switch is arguably best played in handheld mode, when you do need to dock it there’s no better controller to use than the Pro Controller. The Joy-Cons have their usefulness, especially acting as two controllers in one, but this controller just feels right in your hands. There’s no beating the experience of playing a game such as Luigi’s Mansion 3 or Super Mario Odyssey on a traditional gamepad, and being that it’s actually cheaper than a set of Joy-Cons, this is something that should be under the tree of every Switch user. 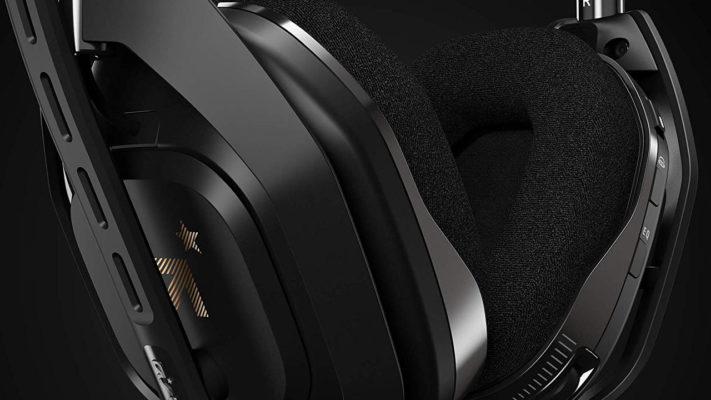 There’s a good deal of headset manufacturers out there, but the top of the line for gaming is without doubt Astro. This is a company that made a name for themselves ten or so years ago with comfortable and high grade headsets, and their latest models don’t disappoint. While they have a range of headsets from affordable portable Bluetooth headsets for smartphones and tablets to ones that include features such as Dolby Atmos that require their MixAmp, the best of their lineup is the A50 and A40. These are similar headsets with a couple of key differences, namely that the A40 is wired and the A50 is wireless. The former comes in two models, either for Xbox One or PlayStation 4, and can be paired with a MixAmp Pro TR for better audio control over inputs and outputs. It’s great for streaming and tournaments where you have full control over what’s going into your ears. It also features lovely speaker tags that are fully customizable to your liking. If you have the means of upgrading to an A50, though, it’s more than worth it. I’m not usually someone who gravitates towards wireless headsets, but the fact it comes with a remarkable base station that you can just slip your headset on to charge, it’s highly user friendly. It almost acts as a display, and the little display on the front only adds to the experience. I love both headsets, both being lightweight and comfortable, but the quality of the audio is what will sell gamers on. I do wish there was a wind guard for the mic as it can get noisy at times, but it’s a small price to pay for what the A40 and A50 offer. 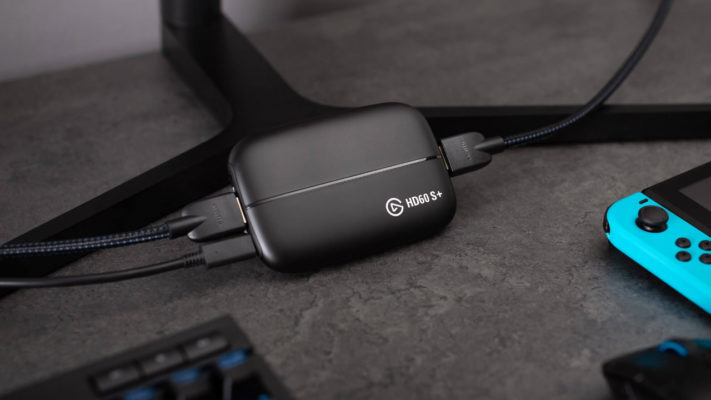 I’ve used so many capture cards over the last fifteen years that a lot of them begin to blur together. The Elgato HD60 series is not that. There’s a reason why they’re the gold standard when it comes to content creation as their software and hardware are both phenomenal. It has all the bells and whistles you’d want from a capture card, although I’m still looking for an all-in-one package that has a composite/component adapter for older games. Regardless, It’s easy to use, has flashback recording, you’re able to include live commentary and there’s low latency for a device that isn’t slotted into a PCIe port. It’s also sleek and small, being an eye-catching device to use both at home and at events. The only thing is that the HD60 S+ is only a minor upgrade from its predecessors, with the main attraction being that it can passthrough 4K HDR content while still being able to record at 1080p60 HDR. That can be big for some enthusiasts, even though HDR content has a limited market right now. Regardless, if you’re looking for something that can do its job and more, the HD60 S+ is exactly what you need to get. 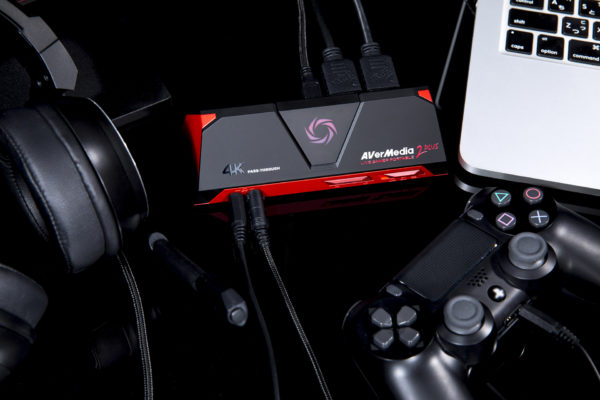 AVerMedia has come a long way from their initial gaming lineup of capture cards. I still remember the first Live Gamer Extreme coming out and being a bit of a mess, and it was mostly attributed to the software. Fortunately, the Taiwanese company has made adjustments over the years and while their home capture cards aren’t something to scoff at, it’s their portable options that really offer something special. Not only does the Live Gamer Portable 2 Plus record 1080p60, but you’re able to passthrough 4K, something more publishers are getting into a habit of showcasing. All it needs is a source of power and a drive or card to record to and you have yourself the handiest tool in any content creator’s setup. If you’re someone who attends a lot of events or likes to move a device around from location to location, then the Live Gamer Portable 2 Plus is the way to go. This does have somewhat have a limited market, but for those who can take use of its functions, it’s something to consider. 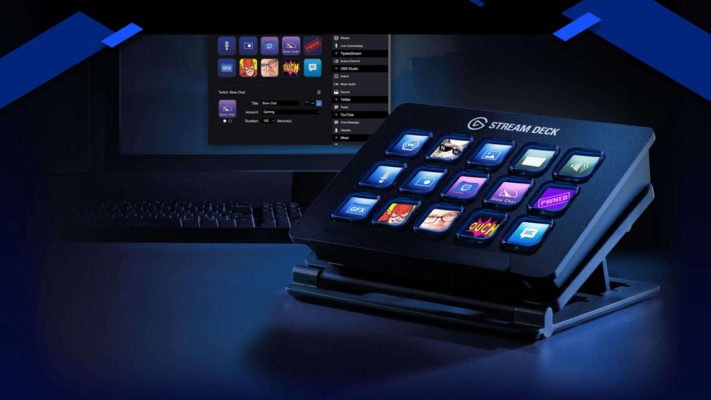 If you’re a content creator on Twitch or someone who’s aspiring to be one, then I don’t think there’s any better pair of gear than Elgato’s Green Screen and Stream Deck. The former is optional as if you’re fine with having the standard camera and box in the bottom corner of your streams, or you don’t plan on using a cam to begin with, then the green screen isn’t going to be on the top of your list. But, if you want to have a more professional setup and occupy less screen space, then the green screen in a must. It helps that it’s very easy to store and pull out, not being a permanent piece of your room. The Stream Deck on the other hand feels like a necessity. It offers so much functionality with such minimal effort put in. Even if you’re not planning on utilizing stream transitions and audio queues, this can be used for so much more, such as opening programs and various other commands. It’s unlike anything you’ll have in your setup. Elgato has even begun to offer it in various options since our review two years ago, with a larger option and a more portable one. We can only vouch for the original, but having a bigger deck would have its benefits, even though it will probably take up a lot more desk real estate.

Happy Holidays from everyone at Hardcore Gamer!