The video game headset market has is full of all kinds of headsets that cater to any budget and offer a variety of features. LucidSound is no stranger to this, and while they do offer some fancy wireless 7.1 surround sound headsets, they also understand that some people don’t want to spend a huge chunk of their wages on a headset or care about a lot of extra features. Some people would rather spend the big bucks in other areas, and just want something that takes care of business but still has a level of quality to it. For these gamers, they offer the LS1 and LS10, which cater to delivering quality online communication at an affordable price, though the two models vary quite a bit.

The Ls1 is a headset that is designed primarily for chat functionality. This is a single earcup model, designed to be more akin to the original voice communicators than a set of headphones. The sound is powered by a 50mm driver to help enhance clarity. Other features of the LS1 include a noise-cancelling boom microphone, over-ear volume control dial and LED mic mute indicator. The plush earcup is on the larger side to provide added comfort with a light weight frame for comfort during longer playing sessions. The LS1 is available in two different models, the LS1X is designed primarily for Xbox One but also functions with PC, Switch and mobile devices while the LS1P is meant for the PlayStation 4.

The LS1 is designed to be an entry level headset with an MSRP of $24.99. An advantage of the one earcup design is that this chat headset allows the user to be aware of their surroundings without losing communication with the other players. While chat audio goes into one ear the other ear can attend to the game audio source, whether it be a TV or sound system along with any other ambient noise such as people in the room. This headset doesn’t have fancy LED lights or a ton of extra features; what it is does is serve as a basic chat headset. It’s not recommended for people looking for something that doubles as a headset for movies or music but it is a step above from the basic earpiece that was included with the PlayStation 4. For an entry level budget communicator, the LS1 gets the job done and is a great option for people who only want a reliable chat device. 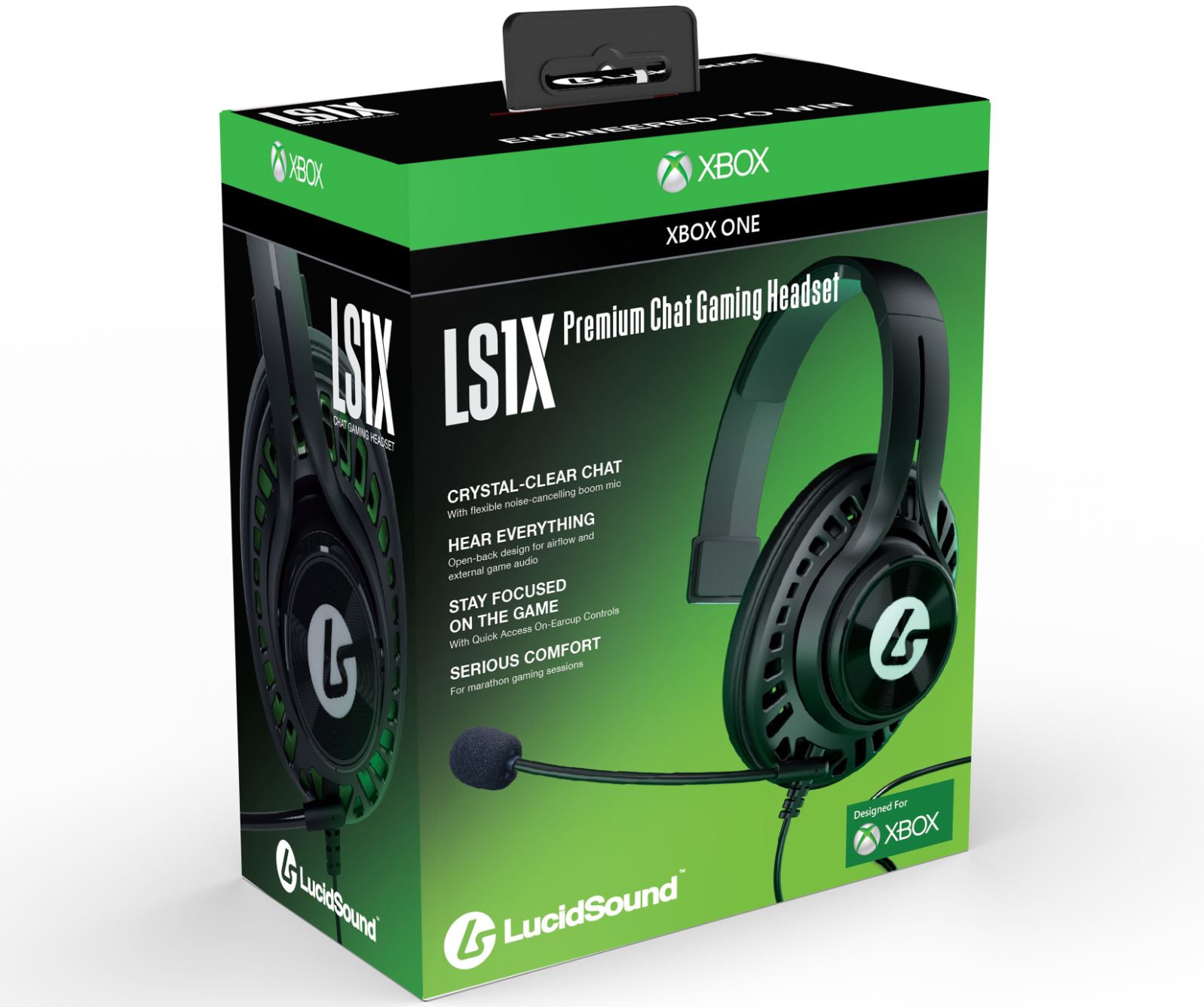 The Ls10 is a mid tier headset that offers a bit more than the LS1. The LS10 is a wired stereo headset that looks less specifically designed for gaming compared to the LS1 and more like a traditional pair of headphones. The LS10 also comes in two variations, the LS10X that is designed for Xbox One and mobile devices and the LS10P designed for PlayStation 4, Switch and mobile devices. The LS10 features 50mm speakers with neodymium magnets. It includes a dual microphone design that has a flexible boom mic for online gameplay that can be removed to use an integrated mic for mobile devices. The plush earcups are light and features an accessible over-ear volume control dial and a LED indicator for when the mic is muted. The LS10 is optimized for surround sound and can accommodate Windows Sonic or Dolby Atmos Surround Sound.

The sound quality of the LS10 is good, especially for a headset in the $59.99 bracket. While there are other factors in sound quality besides the size, the 50mm do provide a bit more fullness in the low end. Audio clarity is crucial for online gaming and the LS10 does deliver a clear mix of game and chat audio where communication breakdown isn’t likely to happen, at least it wasn’t something experienced during our review period. For a mid tier headset the game audio quality for the LS10 is great. Now, the headset is optimized for surround sound, but it does not feature true headphones digital surround sound. Listening to music mixed for 5.1 or 7.1 is an interesting experience. Compared to standard stereo headsets the LS10 does present the sound in a way the hints at actual surround sound but doesn’t quite replicate the immersion with having music coming from all directions. The microphone setup gives users an option to use the integrated mic or boom mic. The boom mic seems to work a bit better but the integrated mic probably looks better for mobile devices. There isn’t any noise cancellation with either mic which isn’t an issue while playing games at home but could put a damper on using this headsets for communication in noisy environments. 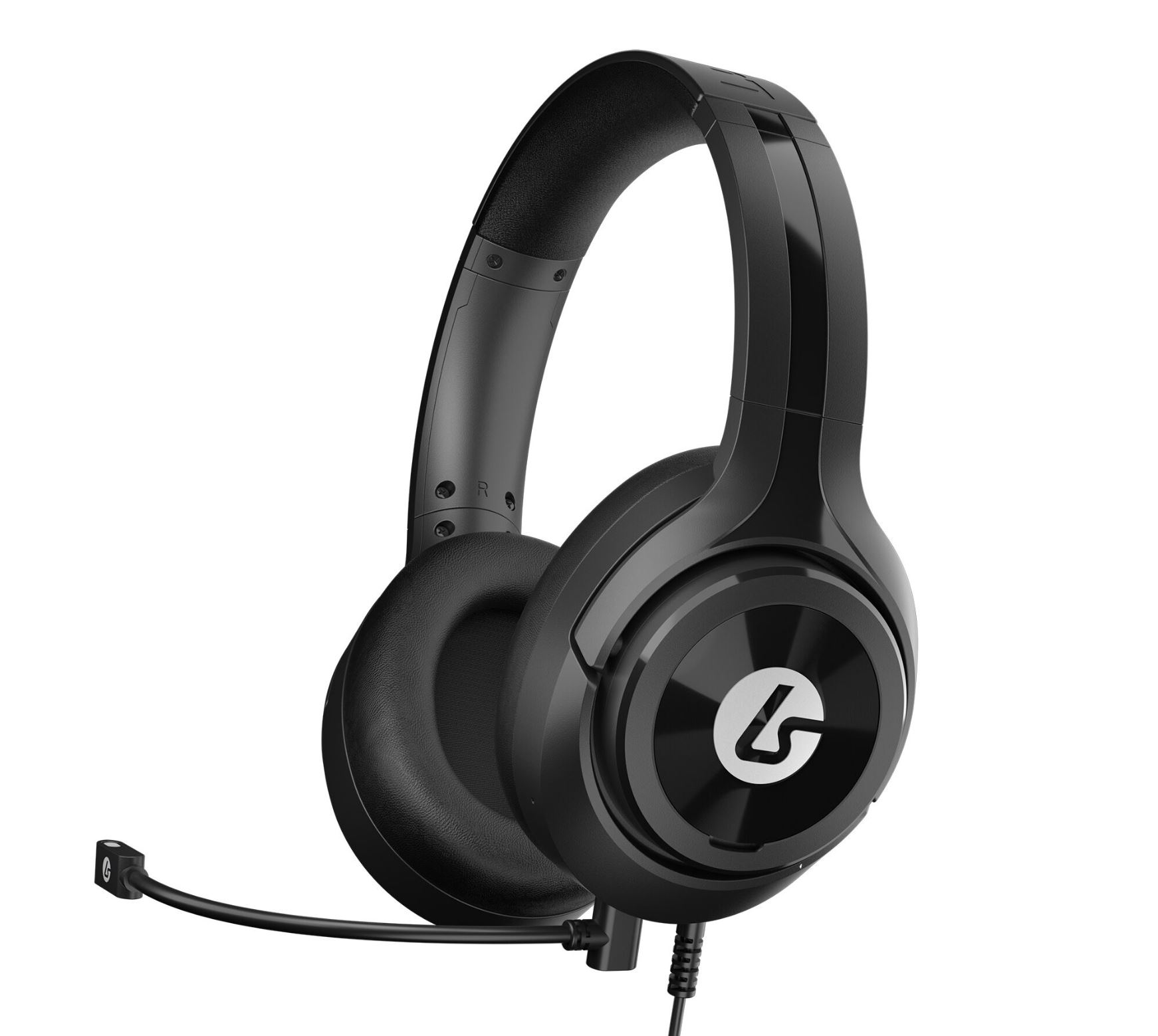 Both the LucidSound LS1 and LS10 are good quality headsets for gaming but have their limitations. The LS1 is an entry level headset, albeit a good one, but is best suited for people who just want something to communicate in online games or might not play online games often. For someone who is in the market for that it is a great value. The LS10 is a bit more versatile and does try to punch above its weight class with features like being optimized to support surround sound. It doesn’t quite duplicate the experience of real surround sound but this is probably the closest you’ll find on a stereo headset. Middle tier headsets typically have to make concessions when it comes to offering a variety of features or overall sound quality. The LS10 doesn’t offer too many features — there is no bass boost or EQ mixing or anything like that — but in exchange for being simple plug and play it does provide great sound quality, making it a viable option for an affordable headset.