As this year’s Game Awards approaches, there’s plenty of excitement surrounding both the celebration of the previous year in gaming and the promise of new looks at and exciting reveals of some of the biggest titles yet to come. One just has to look back at last year’s Game Awards to see the potential of the event, as the 2018 show saw the reveals of prominent 2019 games including Far Cry: New Dawn, Mortal Kombat 11 and The Outer Worlds. Smaller studios also had the spotlight shown on them last year, including the debut trailer for the first release from Typhoon Studios, Journey to the Savage Planet. This sci-fi co-op adventure game takes players to colorful alien worlds with a simple task in mind: explore the mysterious environments while observing the creatures and fauna to determine whether or not this planet is suitable for human civilizations. Guns are still present to help take down the more aggressive inhabitants, but the main intent is solely exploration, with a priority on gadgets and tools to better help you and your partner scan and reach new areas. 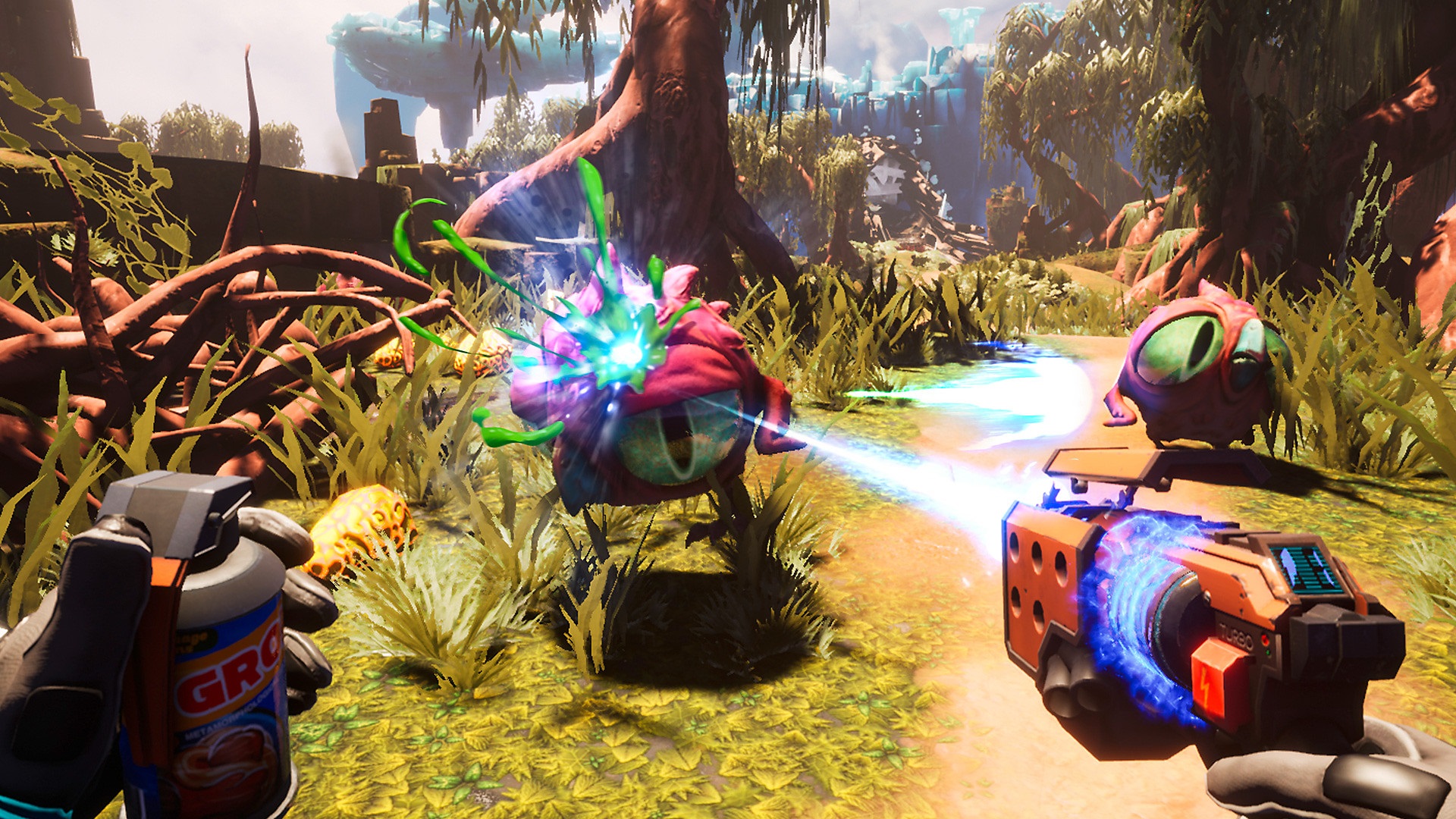 This journey is poised to be a comedic one, as highlighted by the latest trailer, but the $30 price tag may leave potential players wondering exactly how large these fantastical landscapes truly are. In our E3 2019 preview, where the genre of the title is amusingly described as an “explore em up,” creative director Alex Hutchinson pitched the game as a ten to twelve hour experience with a fully-realized story throughout. This can come as a bit of a surprise to those who are familiar with Hutchinson’s history, who, prior to 2017 when he founded Typhoon Studios, was primarily known for his work as the creative director of two of Ubisoft’s big open world adventures, Assassin’s Creed III and Far Cry 4. The overall size of the game can easily be connected to the much smaller team that Hutchinson is overseeing now, but it also reflects a trend for contained experiences to balance out the massive open world adventures that have become more prominent this generation.

The clearest representative of this trend in the past twelve months is Obsidian’s latest title, The Outer Worlds, which shares a similar comedic focus and colorful sci-fi vibes with Journey to the Savage Planet. In the past, Obsidian has been known for their lengthy RPGs, as players could easily spend dozens of hours in the likes of Fallout: New Vegas and Pillars of Eternity II thanks to varied playstyles and plentiful side content. The Outer Worlds bucked this trend, with a main story that could easily be completed in under fifteen hours while still offering numerous story and gameplay choices to suit the player’s desires. This shorter but meaty adventure still received plenty of critic and fan praise alike, likely encouraging Obsidian to continue exploring these more manageable titles while still allowing them to return to their expansive adventures in the future. 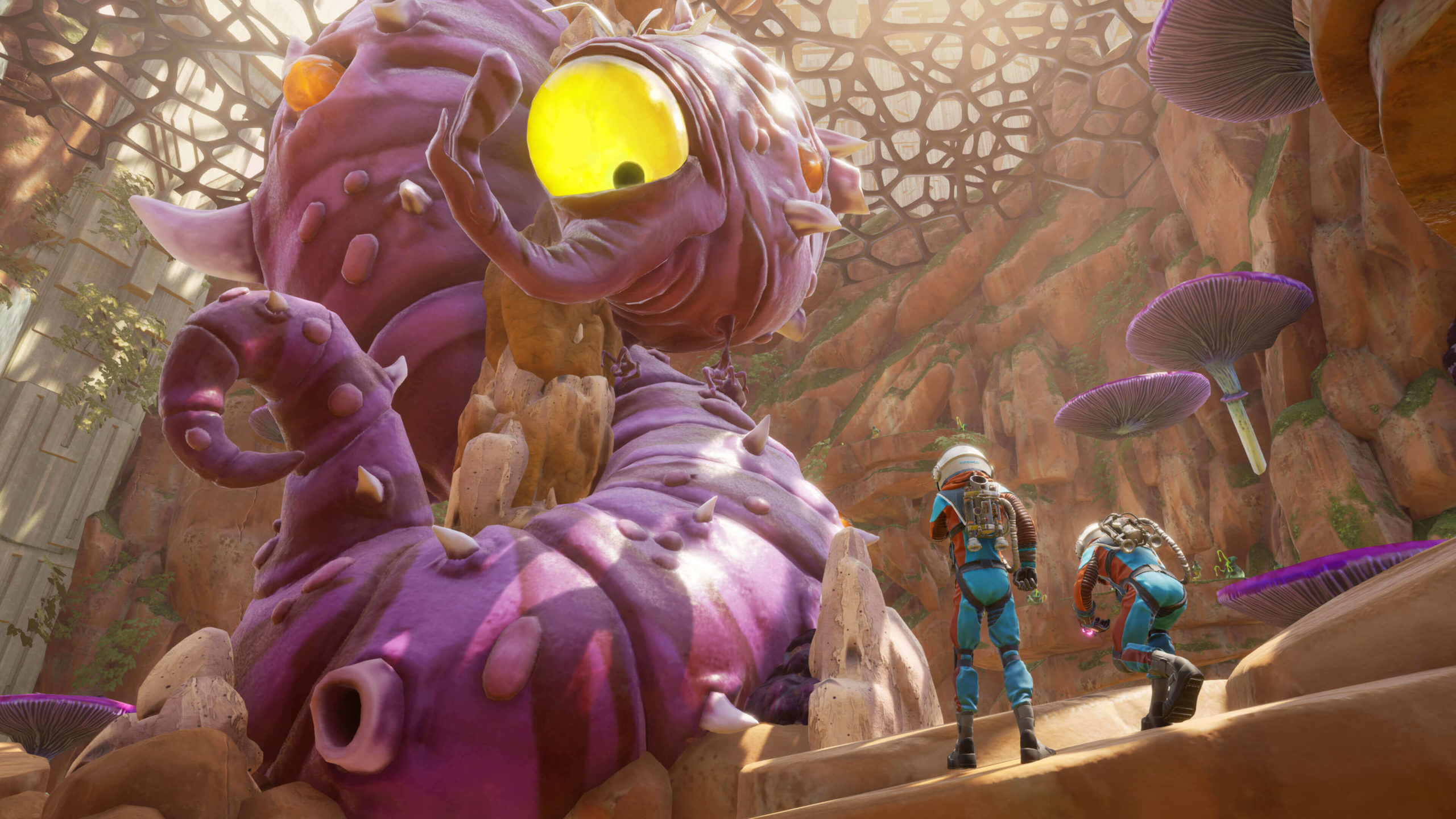 As consoles continue to get more and more powerful and the next generation approaches on the horizon, this lesson of well-constructed quality over plentiful quantity is a key one to keep in mind for developers. This isn’t a knock against open world games, as there are still plenty of enjoyable forty-plus hour titles this generation that prove their worth throughout their longer story and provide plenty of value for the price. But this resurgence of contained narratives is a trend worth keeping an eye on, and Journey to the Savage Planet embraces this movement as Hutchinson attempts to capture his open world experience within a limited exploratory title that shows plenty of promise. With clear Metroid inspirations and jolly co-op vibes, 2020 is looking to get off to a promising start when Journey to the Savage Planet releases on PS4, Xbox One and PC on January 28.