For quite some time Nintendo wasn’t keen on welcoming indie games to their consoles. Luckily, in the last few years with the Wii, Wii U and Switch there have been a multitude of titles released. Some of them have been huge hits too which helps solidify Nintendo’s commitment to the indie scene and more are on the way.

Tomorrow, December 12, fans will get to see what else is coming to the Switch from independent developers with a special Indie World livestream. It starts at 10am PST which is 1pm EST and lasts about 20 minutes. There are some games we can probably guess will appear but surely some surprises will pop up!

Watch the stream on the official website and check back here for updates! 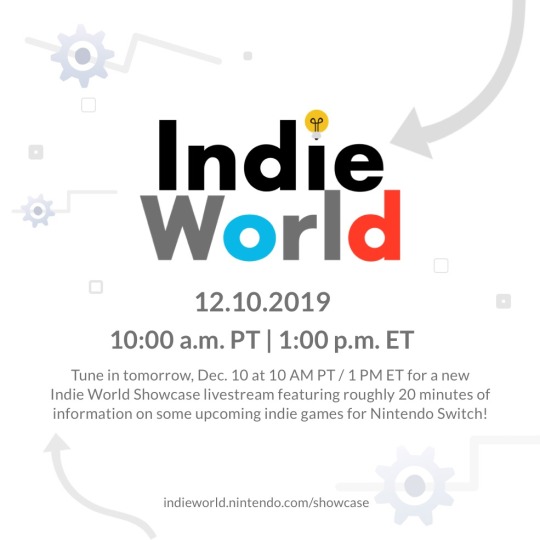