Tokyo Mirage Sessions #FE Encore will be making its debut on the Switch in just under a couple weeks now, making this the perfect time to familiarize oneself with its unique take on turn-based combat. Its system won’t be terribly unfamiliar to anyone who’s played a JRPG before, but its peculiarities will likely take some getting used to. Success in battle is more the result of the entire party’s combined skills and abilities than it is of powerful, individual attacks. Each of the system’s three key mechanics factors-into the others, meaning one has to keep the bigger picture in mind at all times. Teamwork is everything here and that ideal is expressed most strongly in our first (and potentially most important) major combat mechanic: “Sessions.”

Unlike many turn-based systems out there, individual attacks are somewhat de-emphasized in Tokyo Mirage Sessions. Each party member gets a turn of course, but their power by itself is often not enough to deal the many powerful enemies found in the Idolasphere. Unless one wants to utilize some support magic or use a handy item, they’re better-off using their turn to launch a “Session.” Sessions are chain attacks which involve two or more members of the player’s party. Once a character uses their turn to start one, every other party member possessing a related attack gets to take a free shot at the enemy. Sessions only end after all possible attacks are made, so players can often turn a single turn into four or more by the time they reach the game’s mid-point. 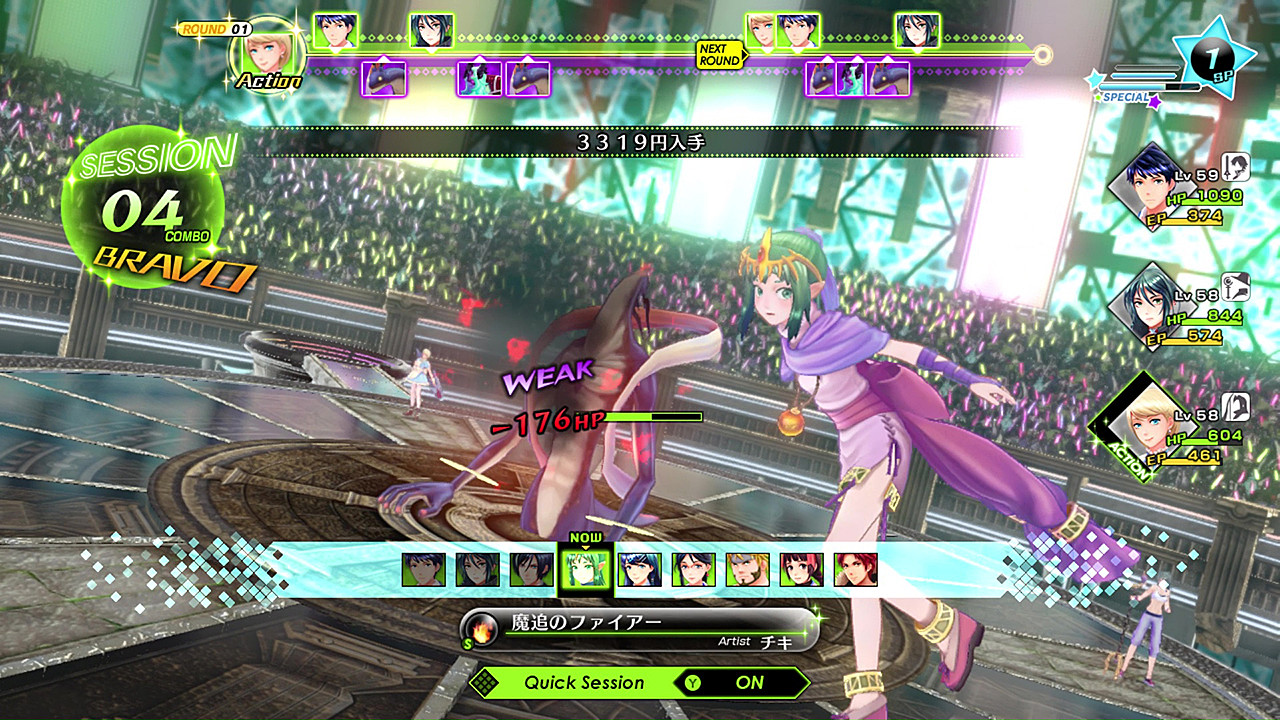 Sessions’ power lies in the number of participating party members, so it’s essential that everyone have a diverse range of session attacks. These are all gained through leveling-up different weapons over the course of the game, so an effective strategy is to favor new attacks and avoid redundancy whenever possible. Another approach is to specialize each character into chaining-off two weapon/magic types; this makes it easier to extend sessions, but only if no one gets knocked out. One also runs the risk of making party members less usable since they won’t be able to do anything against enemies immune to their weapon or magic specialty.

Tokyo Mirage Sessions’ nature as a Shin Megami Tensei and Fire Emblem cross-over is seen most prominently in its attribute system. There are a total of seven magic types borrowed from Shin Megami Tensei and four weapons taken from Fire Emblem. Each character (and enemy) has their own set of weaknesses and resistances to each, with the weapons following the same rock-paper-scissors triangle of effectiveness seen in Fire Emblem. As one builds up their characters, they have the option of adding resistances and even immunities to certain magics, but weapons cannot be nullified or resisted. The same goes for enemies: they can only avoid physical weapon attacks, but magic can be nullified entirely. This is best dealt with by giving each party member at least one attack that’s unrelated to their main elemental attribute. This all goes out the window, however, when Special Performances are in play. 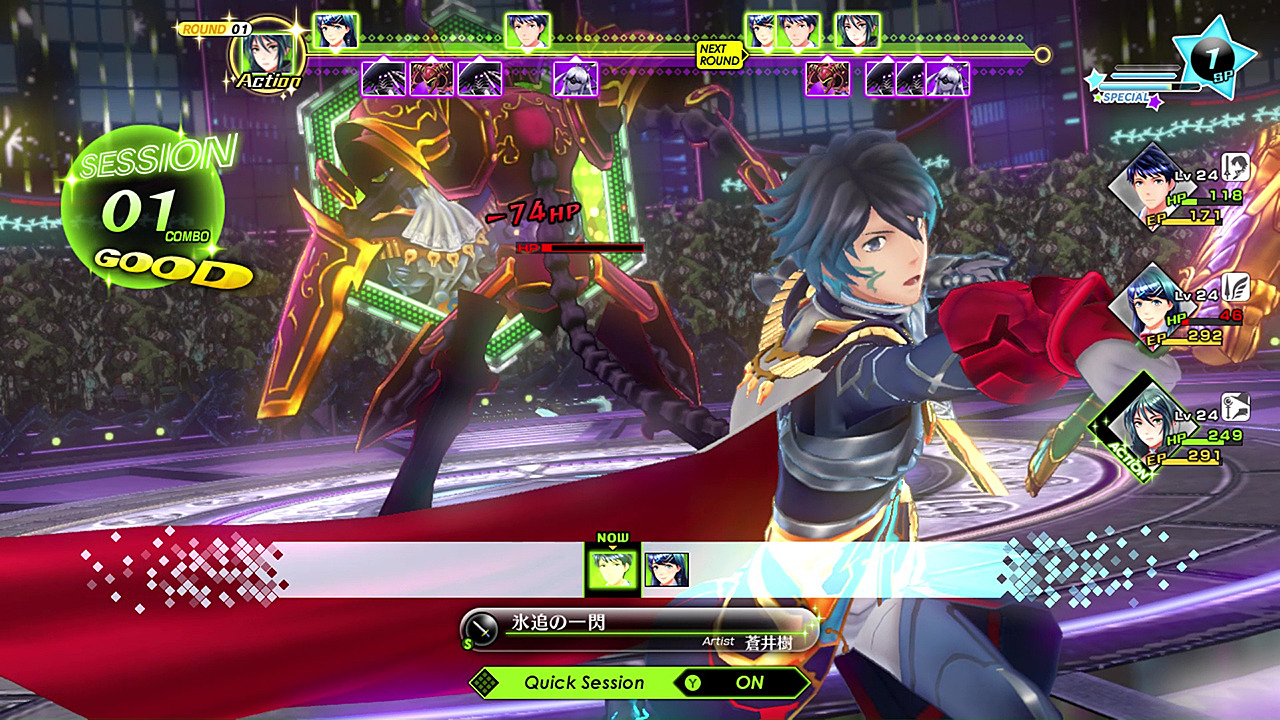 Special Performances are the wild cards of Tokyo Mirage Sessions. Each one has unique effects and they all launch special sessions which completely ignore enemy resistances and immunities. These “performances” draw from their own pool of energy and can only be launched once or twice every few battles without using items, so they’re best employed when one needs to turn the tide in a boss fight or when faced with a particularly tough enemy. Special Performances won’t instantly win the battle, so it’s best not rely on them as an easy out. Instead, either try using them early in order to quickly gain the initiative, or use them to create some room to breathe if the battle’s been turning against the party.

As with most turn-based RPGs, there’s no one right way to play Tokyo Mirage Sessions #FE. Instead of strictly adhering to these tips and never varying, use them as a jumping-off point for more creative and interesting strategies. The combat system here is deep enough to support it, so don’t be afraid to dive right in!