Samurai Shodown was one of 2019’s best fighting games and a return to form for the long-running series. SNK has announced that Samurai Shodown will be released on February 25 for the Nintendo Switch. The game will be released both physically and digitally. Physical pre-orders get a controller skin with Haohmaru and Yashamaru on it. Digital pre-orders get a 10% discount, while those pre-ordering the physical version also get a port of the Neo-Geo Pocket Color version of Samurai Shodown 2. This will be the first port of that game ever and it’s pretty fitting that it’s on Switch so it can once again be enjoyed on the go. It’s a fantastic fighting experience and the best weapons-based fighting on the Switch. The best value is definitely to pre-order the physical version as you get an entire second game with that and the skin is a nice bonus. 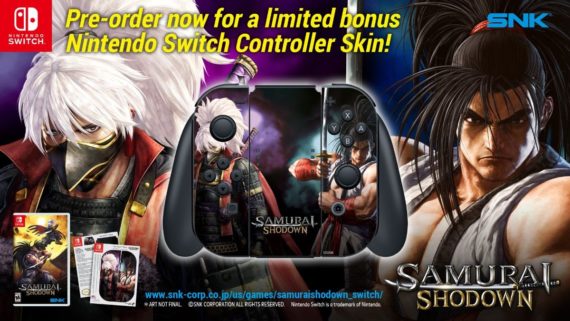