The UFC Undisputed series led to a sea change in mixed martial arts gaming. MMA had been featured in games as far back as the late ’90s with Fire Pro Wrestling: 6-Man Scramble on the Saturn and Fire Pro Wrestling G on the PS1 having a UFC octagon alongside a slew of unlicensed fighters, but it wasn’t until 2000 that the industry saw its first full-fledged official games. Anchor created a fantastic game for the Dreamcast that allowed the genre to be represented with some of its biggest stars of the era and the ability to get submissions out of nowhere countering strikes from the mount. This game was met with rave reviews and a slew of low-budget sequels when Crave took over and everything was released for $20. This timeframe featured not only the UFC at a lowpoint without TV and limited PPV reach, but the games reducing the value of the brand too.

Fortunately, the rise of the UFC on TV in 2005 thanks to The Ultimate Fighter led to a new boom period for the sport, but no game to capitalize on it. The licensing rights were in limbo and it wasn’t until 2007 when THQ snapped up the rights. It was a fitting move for THQ as they also had the WWE license and like that, had Yuke’s develop it. UFC Undisputed 2009 offered up a robust experience, but had some big roster miscues and felt like a rough draft. UFC Undisputed 2010 fixed a few of those issues, but UFC Undipsuted 3 feels like the final product and is a pitch-perfect representation of the UFC at the time of its creation, also offering a window into the history of MMA by including PRIDE FC. 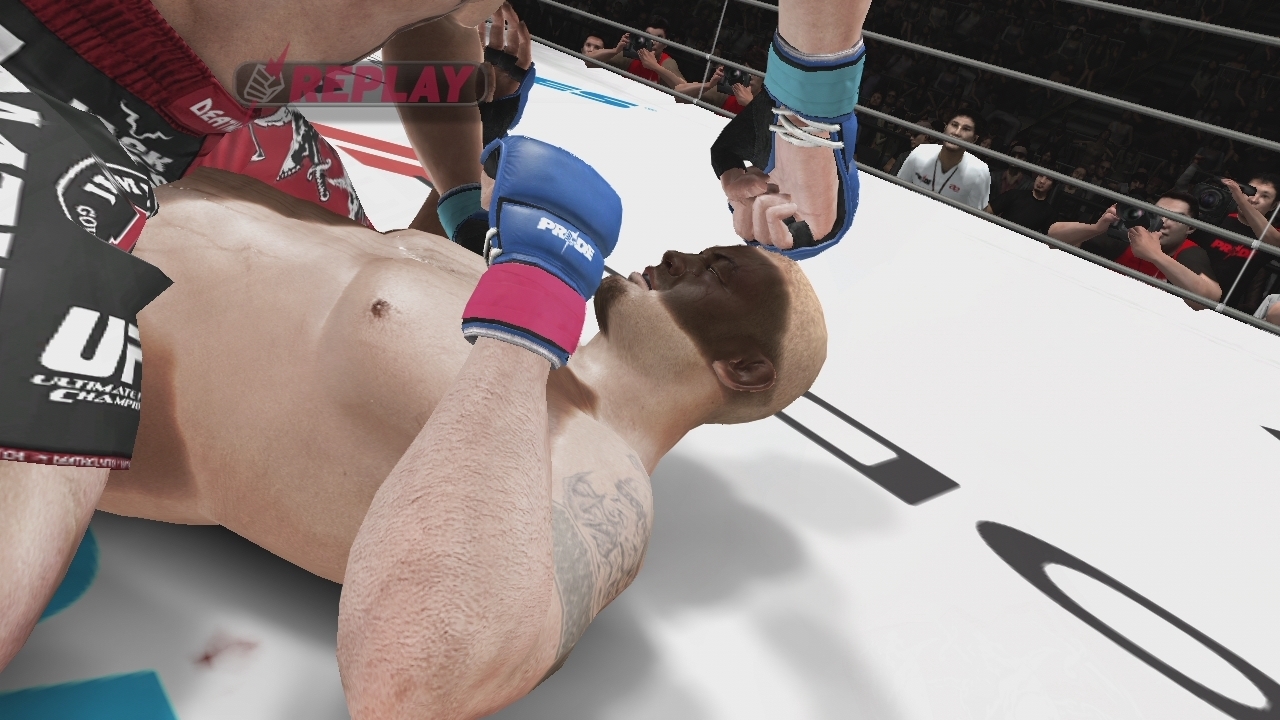 PRIDE was UFC’s top rival and for a while was the strongest MMA group in the world as paydays were large, events were world-class and the production values were not only great for the time, but have held up even today with the company’s closure over a decade ago. PRIDE used a white boxing ring with different rules and ironically, its games used the UFC game engine as well. Undisputed 3 featured a surprisingly authentic PRIDE experience, with full elaborate intros and commentary by Bas Rutten and Stephen Quadros.

A PRIDE-centric roster was used that allowed fighters who were in both companies but had better runs in PRIDE like Mirko Cro Cop to have a different version that better featured them in their prime. This allows you to have peak UFC Brock Lesnar in dream fights against guys like Cro Cop or a younger version of Mark Hunt. Being able to make your own events allows you to make dream match cards — especially when you factor in that you can do mixed weight fights. This isn’t something that’s baked into the game, but a quick exploit using menus and allows for complete insanity. 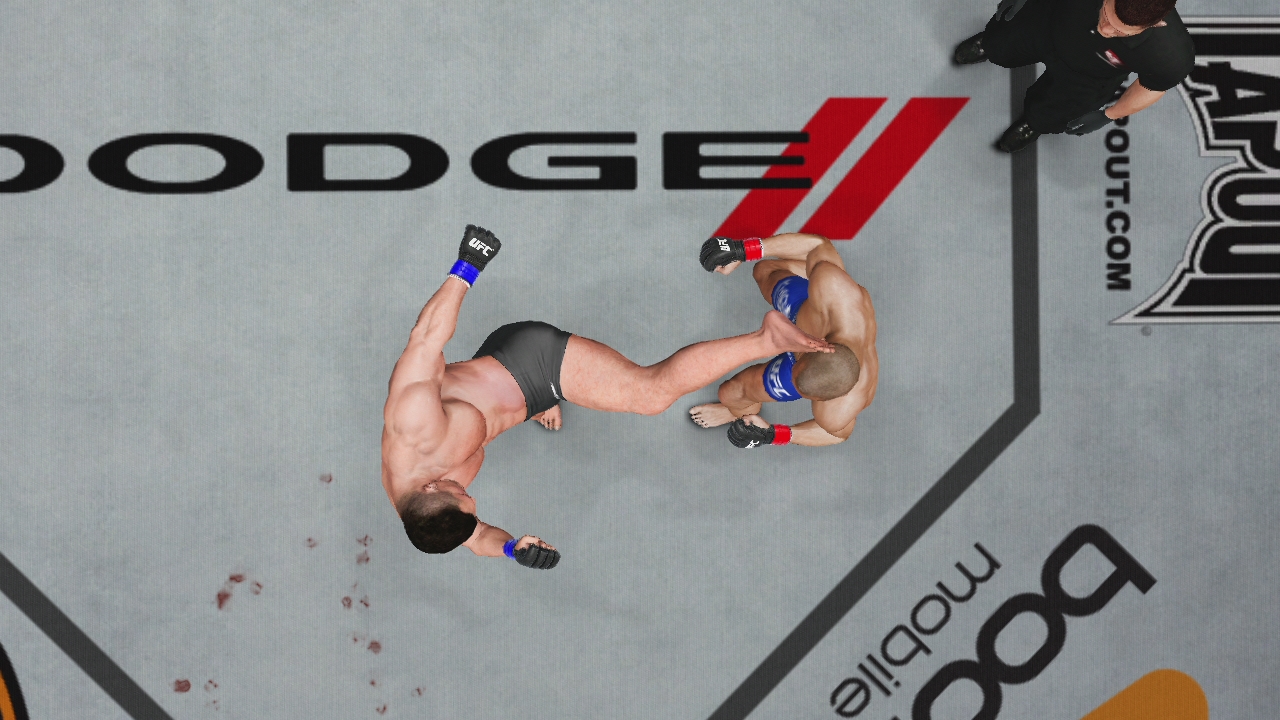 If you want to have Roy Nelson get into a crucifix position and drop elbows on Demetreus Johnson, you can. You can also have a David vs. Goliath war with Urijah Faber battling Shane Carwin or light heavyweight giants like Rampage Jackson. Being able to blend the roster together allows for different scenarios too — like seeing Brock in a ring like he was when he debuted in MMA for K1 Hero’s, but have him battle in a PRIDE ring with a giant presentation. Sadly, Fedor Emelianenko isn’t featured in this game, but the creation suite does make it pretty easy to make him. Unlike rival EA MMA, the game didn’t include any download tools for created fighters, but forum posts do live on that show you how to create pitch-perfect versions movesets all for yourself.

UFC Undipsuted 3 is the closest thing MMA gaming has had to something that felt like a full-on replication of the sport as a whole and not just a single company. With only one company to replicate and the usage of cages and rings, EA MMA should’ve had that feel, but didn’t quite nail it. The lavish entrances and sets of Japanese MMA that continue to this day remain intact here and make the game not only a time capsule of UFC from this era, but also a pretty darn accurate one of PRIDE throughout its entire history as well. When it comes to the outside the cage presentation, events are also replicated nicely — with main event hype videos showing the fighters shadowboxing while Mike Goldberg rattles off stats about each fighter. 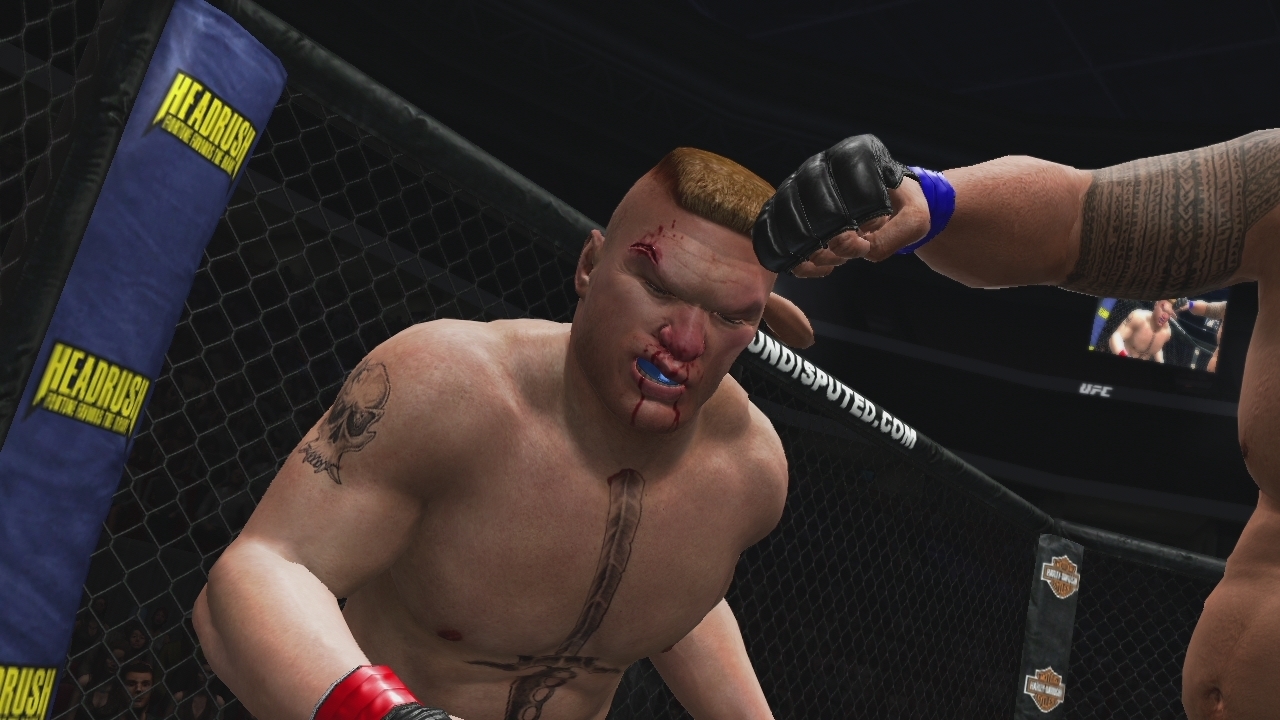 The feeling of a fight is something that few games nail. Going from the standup game to the mat and then back can feel iffy. It’s something that the first MMA games actually got well and then that was pretty much mastered with this Yuke’s series as you can seamlessly go around the cage and go into any position with ease. Being able to go-behind and land belly to back throws or German suplexes remains fun and makes playing as beasts like Brock Lesnar and Jon Jones an absolute blast. The submission system underwent a lot of changes as this series went on, but the cat vs. mouse chasing-style mini-game here worked well and still managed to fit the UFC’s octagon iconography into things.

Visually, Undisputed 3 has aged nicely as the body scans here may lack the higher polygon counts of today’s EA games, but feel like a more accurate replication of the fighters overall. A lot of that comes down to tailor-made animations for the fighters — so Chuck Liddell’s overhand shot is a bit different than anyone else’s. Similarly, a Jon Jones elbow has a slightly different angle to it than anyone else’s — further making each fighter feel authentic in just how they move. Seemingly small touches, like wounds opening up as a fight goes on and spreading blood on the mat and your enemy, add realism and make things like grounded elbows feel even more satisfying when you land a big shot and see a wound open up. Similarly, little touches like a blur effect when you get rocked off a counter make those blows come alive. 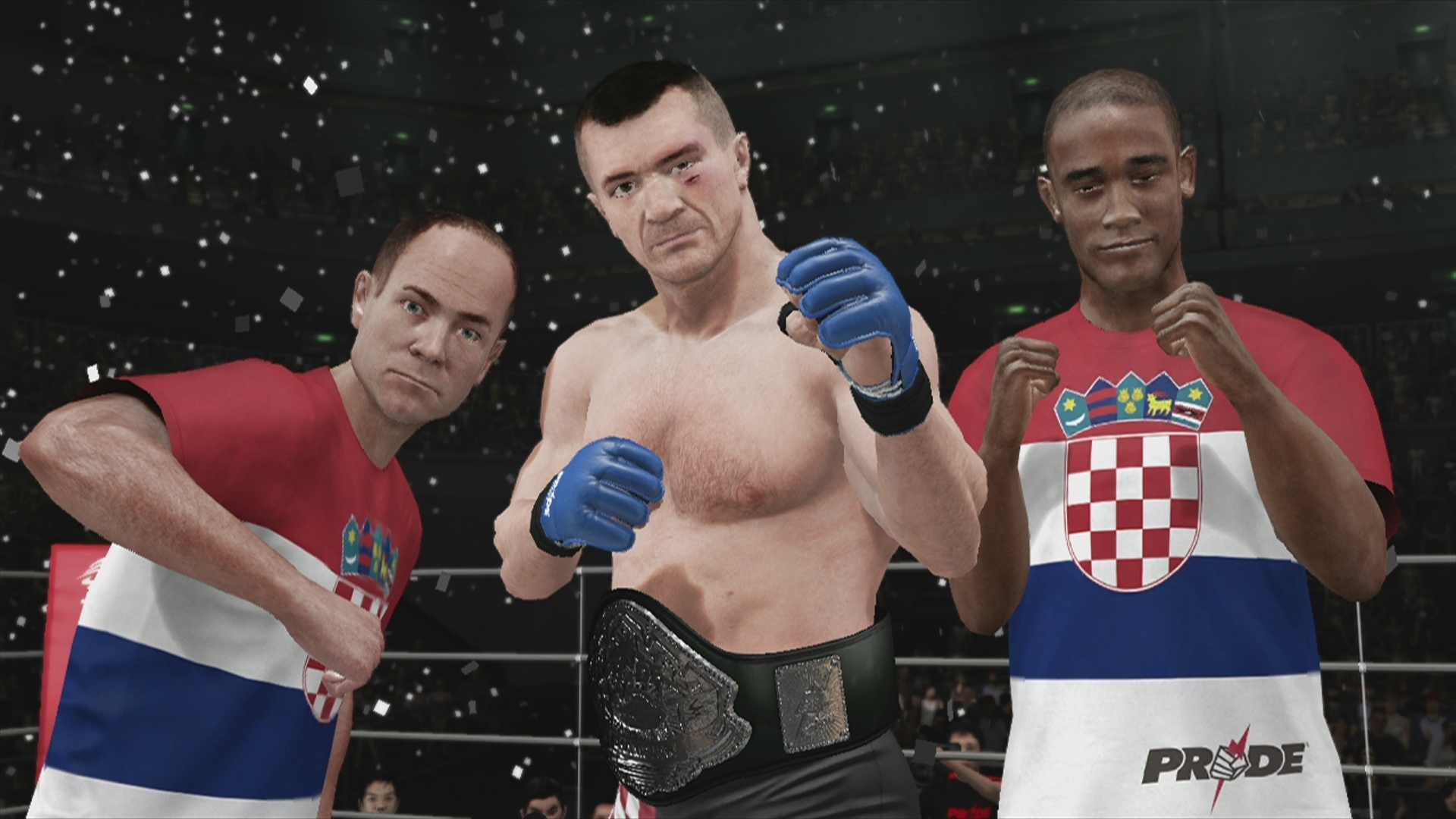 Undisputed 3’s sound design remains top-notch, with impressive commentary and sound effect work. The latter drives home the force of each blow and slam that lands, while the former showcases the chemistry that made Joe Rogan and Mike Golberg such an effective team for so many years. It’s rare in any kind of video game to nail an authentic feel in commentary — and that’s something that the more recent EA MMA games have struggled with from day one. Here, both men speak off the cuff during UFC fights and have back and forth banter. The same holds true with Bas Rutten, whose signature quick wit comes through in PRIDE fights while Stephen Quadros’ analysis of different actions in the fight feels authentic.

Overall, UFC Undisputed 3 remains a must-buy MMA title no matter when you pick it up. No game before or since has recreated the sport of MMA as a whole quite as well. It looks great, plays like a dream and no other game period allows you to have so many different weight classes go at it. Having both the UFC and PRIDE in one game — reasonably well-represented — helps make this an all-time classic for fans of the sport.