Back in 2006, Pokémon fans in the west were introduced to the first Pokémon Mystery Dungeon title. This entry included two ways to play, whether on the GBA or DS. They garnered success from fans and would go on to spawn multiple sequels along the way. During the recent Pokémon direct, it was revealed that these two original titles were being remade into one entry for Nintendo Switch. While it’s only been five years since the last entry into the series, this remake seems ready to breathe new life into existing titles and introduce it to a whole new generation of players for the first time releasing worldwide on console.

The first thing that stands out in this remake is the visual differences. The original two titles used adorable sprite-based artwork with drawn character portraits. This time around things are all in 3D, but with a unique twist to the art style. Players familiar with the series will likely remember the fairly iconic artwork featured in multiple different menus that was soft and hand drawn. This remake seems to borrow from that idea and the art style has a hand drawn or water color painted approach to both characters and the world itself. Cutscenes are much more lively and animated as well, doing away with simple overhead interactions in favor of extremely expressive Pokémon models. The remake also includes the iconic scarves seen in official artwork and later 3DS titles that weren’t present on the original sprite characters. While a small detail, it fits in making the character team stand out from other Pokémon. 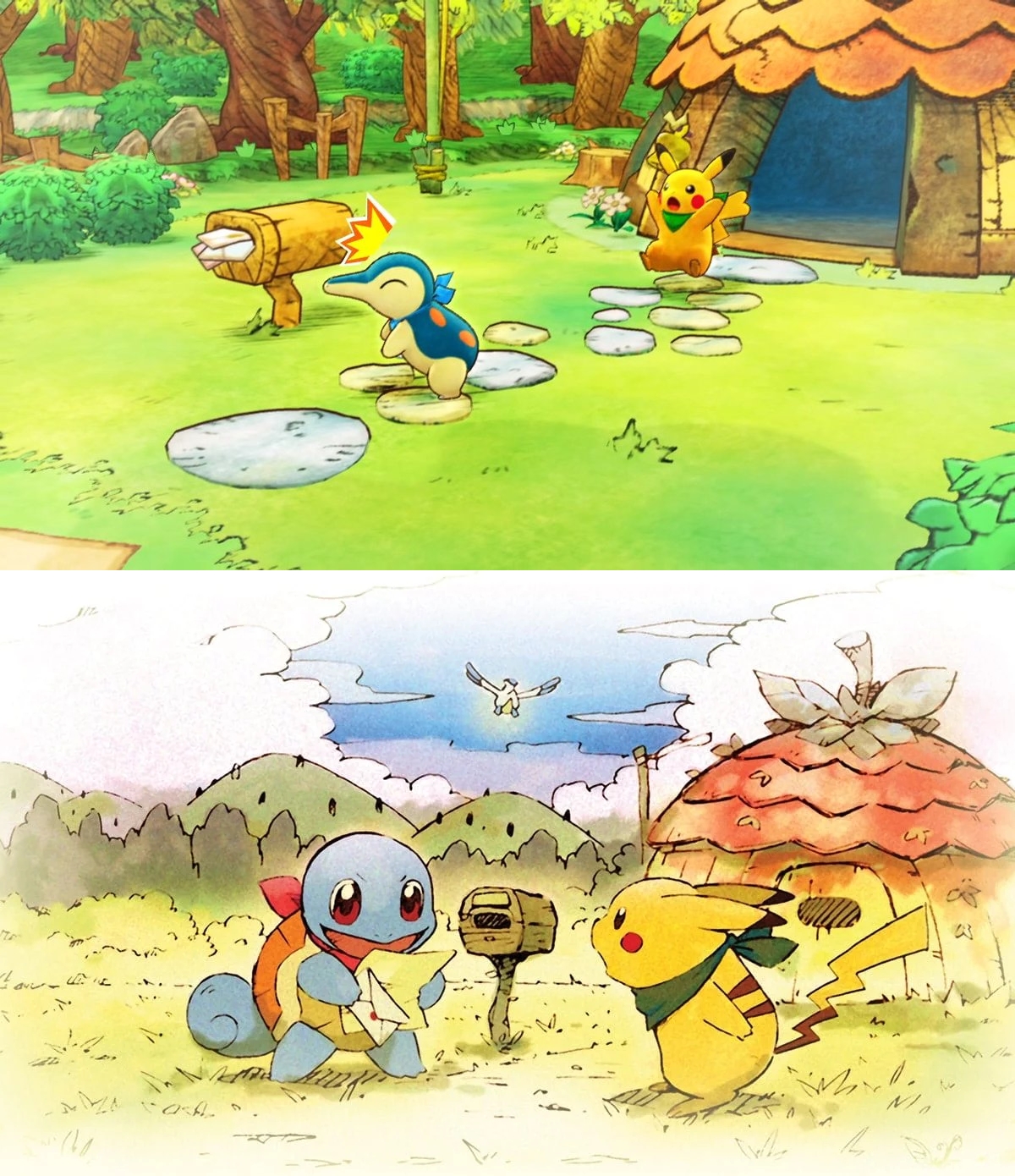 The new in-game graphics compared to the stylized artwork

Outside of appearances, some mechanics have also seen improvements and changes from previous entries. The UI in dungeons, for example, has seen an overhaul that makes it much easier to keep track of everything. The map isn’t intrusive and the belly meter is now displayed with a number for quick access. For the first time in the series, players can also swap between their main character or partner at any time to switch up attack styles on the fly. This new title also makes use of moves found in newer titles, which is a given considering the original titles launched between the third and fourth generations. Although players will also still partake in a personality quiz, once completed they can opt out of the Pokémon given to them if they so desire. There’s now an option to select the gender of the chosen partner too, which is a nice touch. Although unconfirmed at this time what the full number of available Pokémon roster will be, we know mega evolutions will be available in some capacity and Lucario’s appearance as a playable companion seems to confirm new Pokémon will be available that weren’t in the original. An item within the demo also confirmed the existence of shiny Pokémon, a first for the spin-off series, so players will have a challenge ahead of them to get their shiny favorites.

From everything we’ve seen, the story so far seems to follow pretty step by step from the original. For newcomers this will be an enjoyable surprise, and to those replaying it seems likely we can expect some interesting changes such as the confirmed inclusion of megas and potentially more new Pokémon in the roster to mix things up. It’s also a great opportunity to work out some of the kinks the original suffered from, which has already been seen in small ways with an improved tutorial and improved controls in combat borrowed from more recent entries. While the originals still hold up as amazing experiences, having two titles in one with the modern advancements they’ve made seems like it will make it the ideal version for players moving forward who are interested in the series. 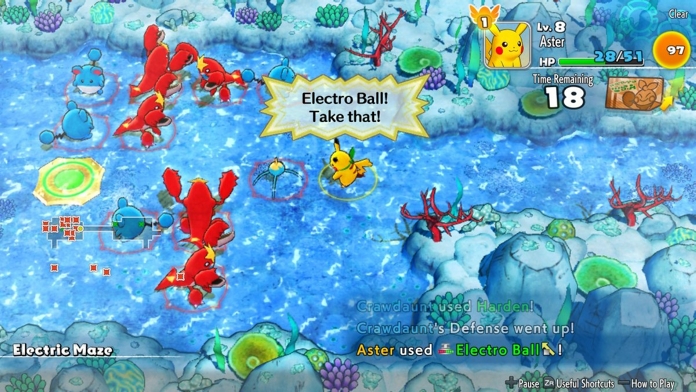 Mystery Dungeon has long been a fan-favorite spin off in the Pokémon series. With this remake it’s getting players to go back to where it all started, with a fresh new coat of paint and brand new mechanics to shake things up. Outside of the Japanese exclusive Wii titles this is also the first time the series is launching a brand new title on console worldwide, with Switch making it great for those who prefer the handheld experience or have been dying to play it on their TVs. There’s so much to look forward to in this remake and players only need wait a couple months when Pokémon Mystery Dungeon: Rescue Team DX launches on March 4. Those who want to get into it early can also check out the demo which is available now in the Nintendo eShop complete with the ability to transfer the save data to the full version.