As 2020 starts to get underway, the months ahead will likely prove to be a historic moment for the gaming industry as the ninth generation of consoles prepares to get unveiled, detailed and released to the masses. As gamers eagerly wait for these exciting times to get started, the time has come to look back on our first looks at the current consoles that have thrived in the past seven years. The very first glimpse came at the PlayStation Meeting back in February 2013, which covered the first details and the software lineup of the PlayStation 4 in a two hour event. Although several third-party titles got their time in the spotlight, Sony understandably wanted to showcase their own first-party games that would kick off the next generation, including the debuts of the likes of InFamous: Second Son and Knack. One of the more mysterious reveals of the event came from LittleBigPlanet developer MediaMolecule, which saw several members from the team using PlayStation Move controllers to orchestrate an in-game band. The reveal was understandably overshadowed considering the brevity of the teaser and the console-focused nature of the press conference, but it also left plenty of questions for those who were wondering what was coming next from the artistically-inspired studio. 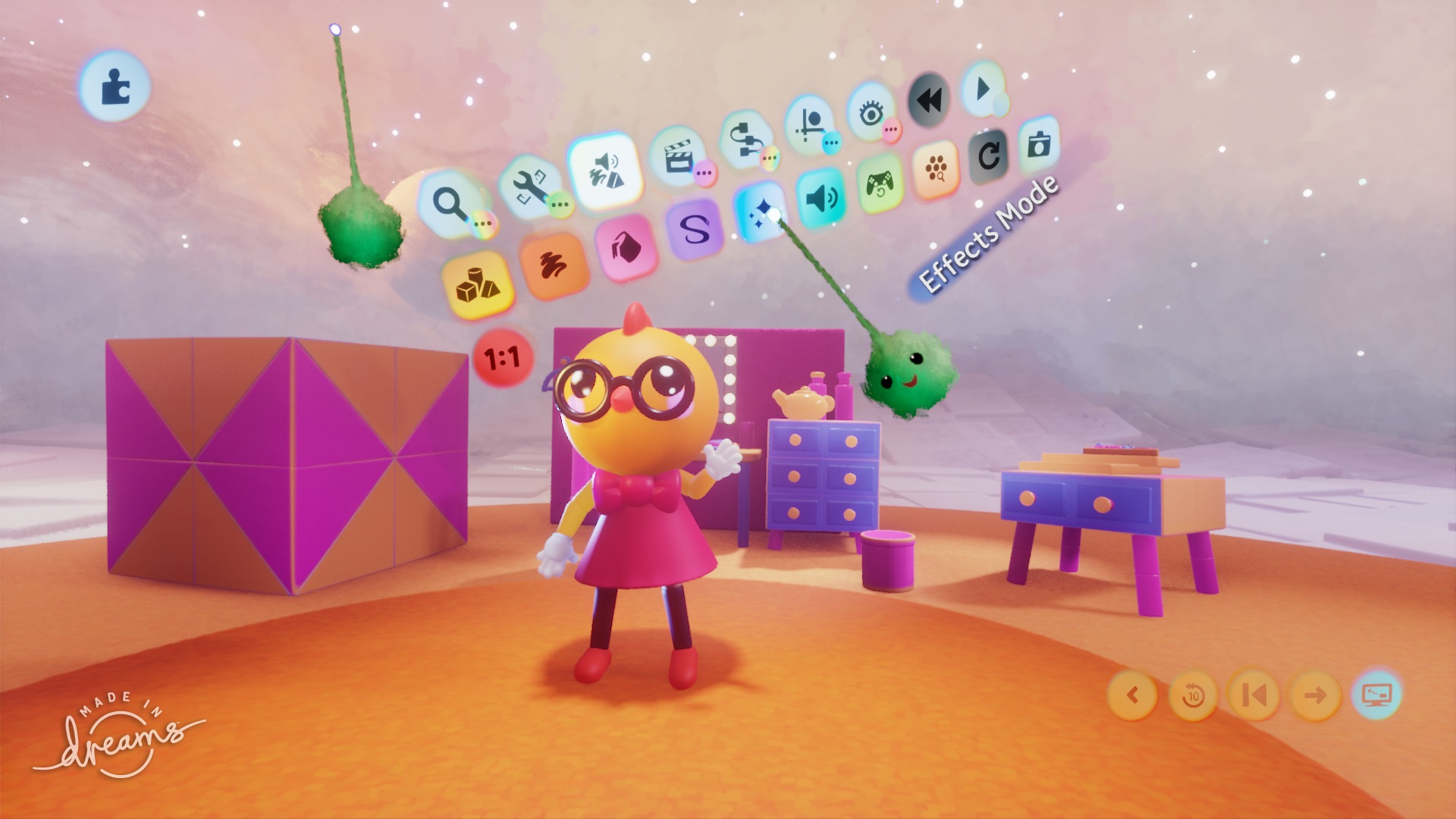 The following year, Media Molecule shared another short teaser of their yet-to-be-named game, describing the video as a “rendering error” that also just happened to be a look at their new PS4 project. Confusion surrounding the title still lingered until E3 2015, when the British studio officially showcased Dreams to the masses, featuring unique aesthetics and in-depth customization that helped it stand out and share the vision that Mm had for their latest creation. Just like with LittleBigPlanet, Media Molecule was eager to embrace the community-focused nature of Dreams, as the studio relied on livestreaming lengthy sessions of creation that displayed the depth and scope of their game creation system, including this lengthy look at the construction of three cities from scratch. Unfortunately, the developer’s plans to get the PS4-based creative suite in more hands suffered a variety of delays, as the closed beta that was originally scheduled for 2016 got initially pushed into 2017 and continued to see setbacks until April 2019, when Sony finally embraced early access and allowed Media Molecule to release the title in an unfinished state.

Now, nearly five years after the re-reveal and almost seven years after the first look, the pre-launch development for Dreams has finally come to an end, as the ambitious title has gone gold and is set to officially launch on February 14. Because of the initial reveal being shown off so early in the game’s development cycle, Sony has seemingly had a tough time knowing exactly when and how much to show off of Dreams, as much of the non-livestreamed footage was mainly frontloaded in the first few years. This often led to lengthy periods of silence where the game was overshadowed by the publisher’s other first-party offerings that managed to be revealed and released within this seven year period, as well as a fanbase that occasionally felt underappreciated or unaddressed, especially during the time before the early access launch. Even now when the game has a concrete release date with no further delays to speak off, Sony continues to have Dreams play second fiddle to its other 2020 releases, as The Last of Us Part II received its own press event on the same day as its release date reveal, while Ghost of Tsushima was Sony’s key offering for the Game Awards, one of the most-watched gaming events of the year, despite Dreams coming out before either of these games. 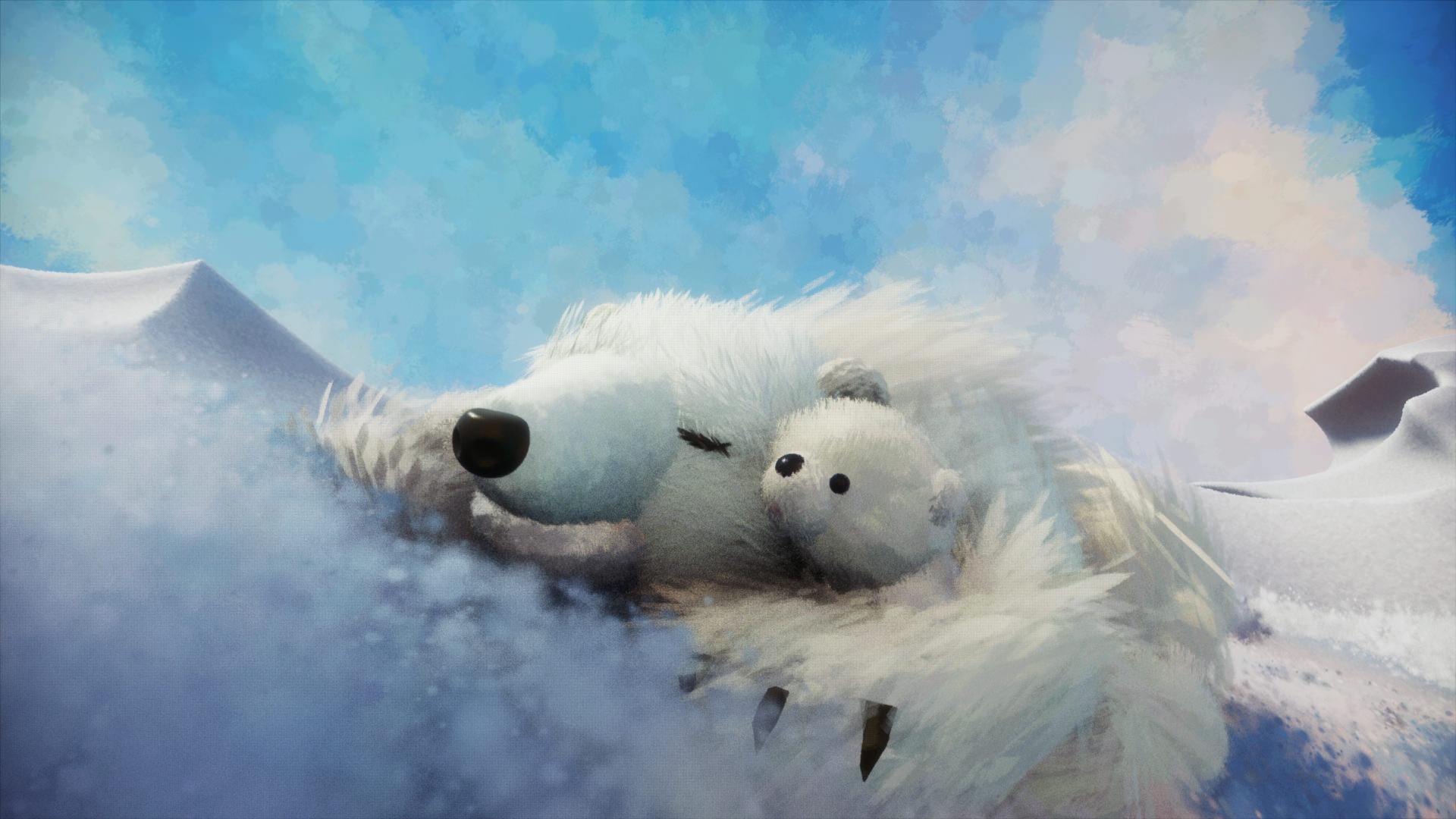 That being said, this lengthy development has benefited the scope of the game, as Dreams’ most recent State of Play trailer is undeniably impressive for its wide variety of experiences and genres that the early access community has created in its first months of availability. But with such lengthy gaps between each of the looks at the promise of Media Molecule’s next title, many of the fans who were more casually interested in Dreams had plenty of time to move on to other games and may not even realize the current status of the game, as Sony didn’t make a big deal of the early access release and has yet to start a major push for the game’s proper launch. As with any new launch, Dreams will receive a bump in new players next month, but the true indication of the game’s future success will be whether the audience of players can expand beyond those who were already eager for more after early access, and if those that saw the game at any time over the past seven years are still interested enough to purchase it at full price before some of the heavy hitters of 2020 release in the months ahead. Also, with a game so focused on expanding based on the community’s involvement, one has to wonder if Dreams will be given the opportunity to find success on the PS5 as well, which it will likely need to if it wants to continue to remain relevant to an audience that’s increasingly ready to move onto new platforms.

Even after seven years of teases, trailers, livestreams and early access periods, questions still remain on just how much of the potential of Dreams can be realized in 2020 and beyond. After such a lengthy development, the reception to Dreams will likely drive Media Molecule’s plans for the next generation, and either justify or weaken Sony’s willingness to continue to grant their first-party teams such extensive droughts between new titles. Marking one of the first big AAA releases of the new year, the longevity of Dreams will remain an interesting story to keep an eye on after the game officially launches on February 14 for PS4.