As a base game, Total War: Three Kingdoms gave players plenty of bang for the buck. With many different rulers to choose from and massive amounts of ways to win (or lose), the strategic recap of the wars between Wei, Wu and Shu was a treat for fans of the historical fantasy epic as well as those enamored with the true history of the era. The expansion, Eight Princes, provided more of the same, pushing the story in less explored, but still relevant directions. Because of this, one might wonder what the newest expansion, Mandate of Heaven has to offer players. The answer is lots of well-researched writing covering the few years preceding the base game, but nothing that tops the base title.

While the original title starts in the year 190 CE, Mandate of Heaven starts up eight years earlier. The Han Dynasty is still in one piece, technically, but famine is ravaging the land. With food in short supply and leadership lacking, people begin looking to other avenues for a sense of stability. The religiously-motivated Yellow Turbans offer that, capitalizing on the people’s need to belong to begin a movement to wrest power from the elites. Various warlords also sense the blood in the water and begin building coalitions of their own in a quest to claim land and usurp rule. Meanwhile, the emperor of the Han Dynasty is stuck in his palace, beset by eunuchs undercutting royal rule and constant infighting in the imperial court, rendering a universal solution almost hopeless. 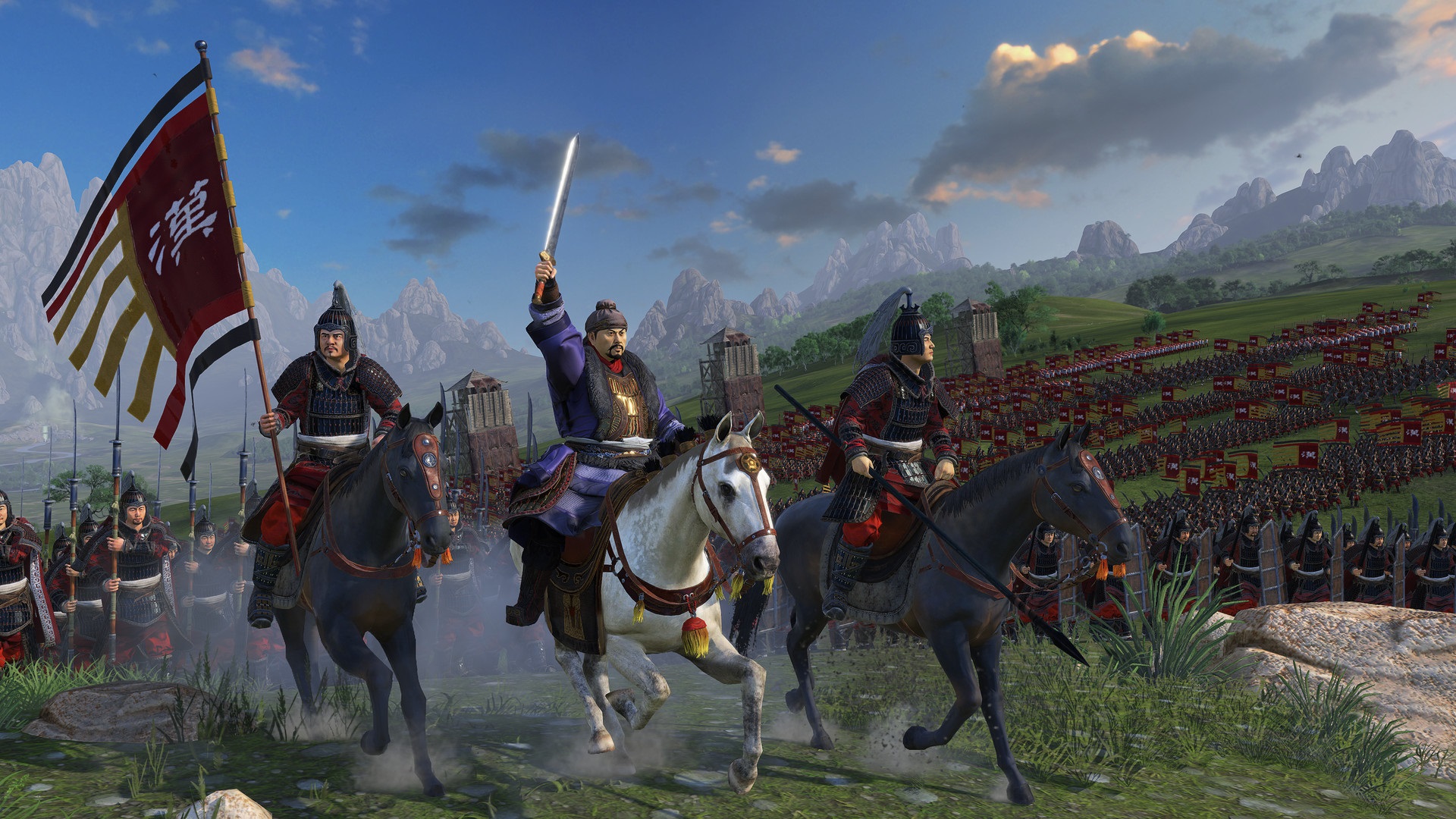 While this is fertile ground for more excellent Total War style kingdom building and territory conquering, it is the same territory that was mostly covered in the base game. It’s just eight years earlier now. Frankly, there was a reason that the original started when it did; that’s when the really cool stuff started to happen. This new time period basically amounts to expanding on the text crawl that sets up a typical movie. It’s not a terrible idea, but it’s honestly unnecessary.

Not to say that the package is a complete bust. There are plenty of new leaders to guide to dominance, each with unique mechanics. Obviously, a huge focus is the roster of Yellow Turban commanders and their quest to spread the Way of Supreme Peace through superior warfare. There are also members of the Han Dynasty to command. It is here that the most interesting campaign of the expansion is found.

When players choose Liu Hong, they are actually choosing to take the role of Emperor Ling. With Ling stuck in the palace, Liu Hong is responsible for putting down the burgeoning rebellion. Ling, on the other hand, is responsible for solving the crises of the people. Issue edicts and molding settlements in the proper direction for solving the food issue, while making sure that Hong has the military power required to maintain order is enough of a challenge. Players must also walk a tightrope of palace intrigue, however, playing just dumb enough to keep the fool the eunuchs trying to assert their authority, while demonstrating strength to give the warlords cause to pause. The novelty of starting with most of China in hand and working to keep it is fantastic, but the additional strategic depth makes this the campaign to choose for fans looking for the best place to start in the new content pack. 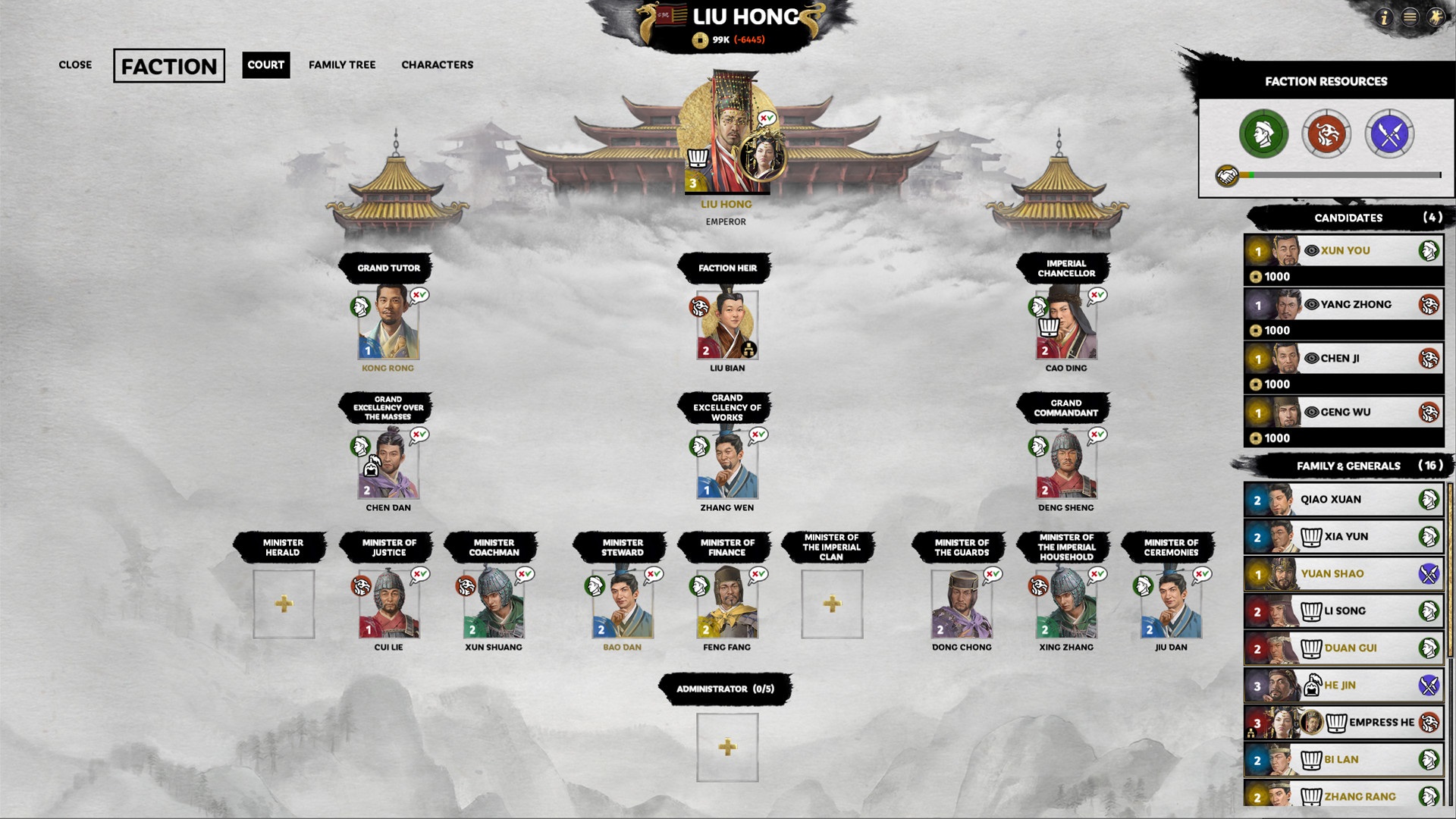 The thing is that, despite the exhaustively-researched writing that adds flavor to the proceedings, the Liu Hong campaign is the only part that feels truly fresh. Sure, there are a ton of new unit types to recruit, but they don’t add the extra wrinkles that would be desired from an expansion. The other new commanders, with their own ambitions, offer more ways to play. Starting eight years earlier with many of the already existing heroes in more humble circumstances does add a bit, but the package doesn’t do much to breathe new life into what is already available. This pack is strictly for the historical fanatics that haven’t yet had their fill of Total War: Three Kingdoms. The price value is right, but those who have been placated already won’t find much to bring them back in. Nothing here is bad, but nothing will be missed by those who give it a pass.