Skyrim is possibly the most well known province of Tamriel and soon players will be able to visit the frozen nord homeland in The Elder Scrolls Online. The Dark Heart of Skyrim is a year long adventure spanning all four ESO updates in 2020, starting with the Harrowstone DLC dungeon pack in the first quarter, the Greymoor chapter in the second, and the to be revealed dungeon pack and story DLC scheduled for Q3 and Q4 respectively. While well traveled, The Dark Heart of Skyrim may differ from how we remembered during our introduction to this region in 2011. Set over 900 years before the fifth Elder Scrolls title, the frosty forests of Skyrim are ruled by an ancient vampire lord who has turned the once idyllic land into a far more sinister and dark region with an army of vampires, witches and werewolves. Harrowstone ushers in this event through the introduction of two new dungeons: Icereach which will have players investigating stores in the Sea of Ghosts and Unhallowed Grave, an ancient burial site that is being excavated with terrifying results. These events will conclude with a free prologue quest to give players a taste of things to come later in the year.

The Elder Scrolls Online: Greymoor is the latest chapter in the long running online RPG. This content will be when players can venture into the snowscape of Western Skyrim as well as venture underground into an even larger and more perilous Blackreach. The Dark Heart of Skyrim event is tied to Greymoor’s gritty and gothic story of Greymoor promises to be of darkest stories of The Elder Scrolls but there is a faint glimmer of light as the familiar faces of Lyris Titanborn and House Ravenwatch aren’t afraid to do battle with those that stalk the night. New additions found in Greymoor include the new Antiquities system where players search for ancient artifacts of Tamriel, which after unlocking them through a series of minigames can serve as mementos and furnishings. There is a new 12-player trial called Kyne’s Aegis, along with new delves, dungeons and stand-alone quests, along with continued updates and quality of life improvements, including a reworking of the Vampire Skill Line for all ESO players.

The Elder Scrolls Online: Greymoor is available for pre-purchase for PC/Mac right now with Xbox One and PlayStation pre-purchase unlocking at a later date. The Elder Scrolls Online: Greymoor will be available in various digital and physical editions for PC/Mac on May 18 with Xbox One and PlayStation 4 following on June 2. New players will be able to jump right into Greymoor’s northern darkness upon release while veteran players will be able to bring their leveled up character from whichever part of Tamriel they happen to occupy. Lastly, Greymoor will bring The Elder Scrolls Online to Stadia, with more information on that in the coming months. 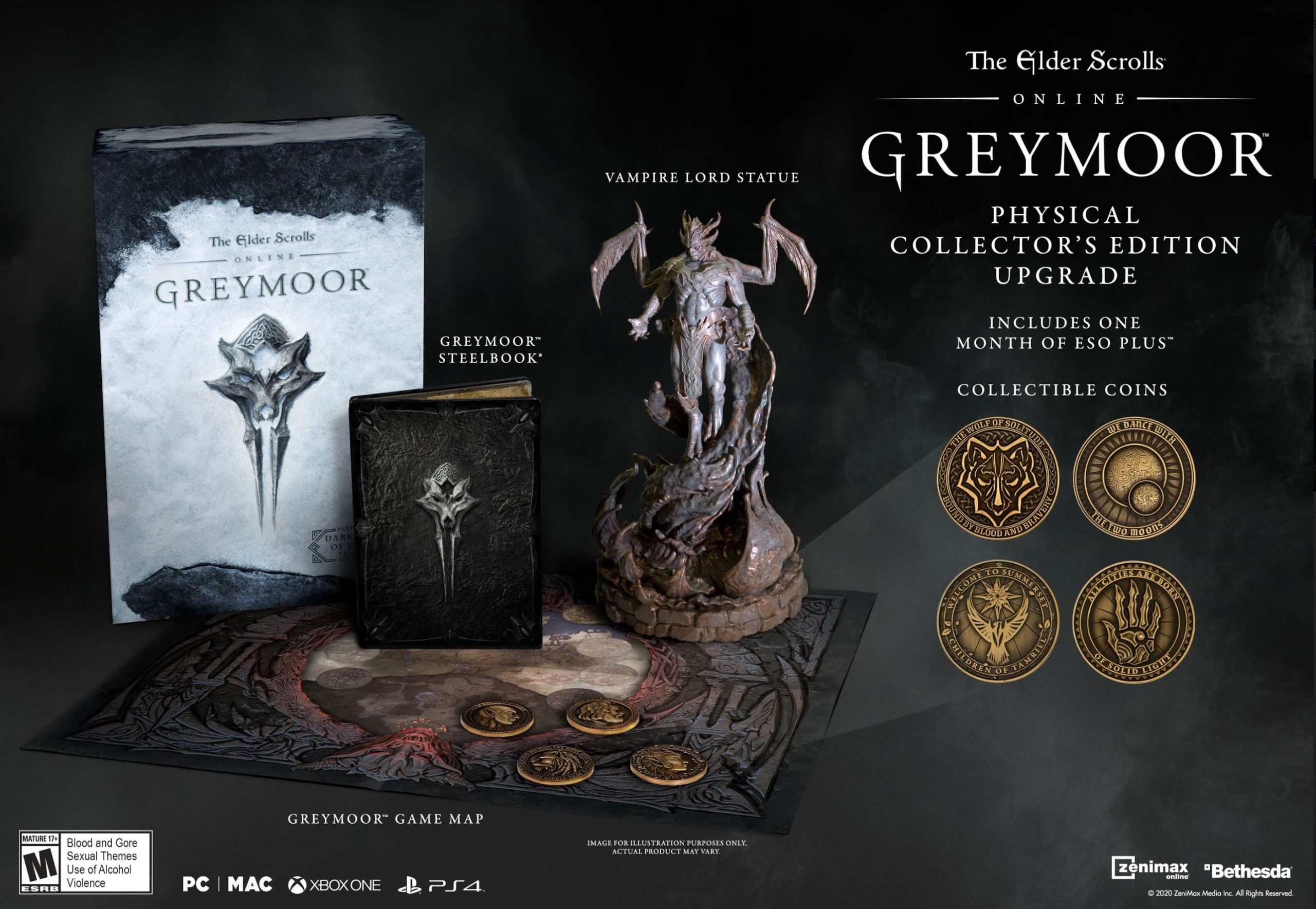