It’s a time of fast, frenetic, split-second decision-making in the realm of platformers and Metroidvanias alike at present. No longer is it simply a requirement that players are to explore an interconnected web of open plains and corridors. Be they subterranean cities, time-hopping island treks or something else similarly irregular. Though it’s not a redefining of what qualifies as a pass-mark in either sub-genre, the “action” element has notably been a popular idea, both on the development side as much those which consume — and happily so — these acclaimed releases as of late. TurtleBlaze’s Kunai is one of these latest efforts — the first of the decade in fact, releasing in a mere few weeks on both PC and Nintendo Switch.

It’s true intentions don’t necessarily suggest it’s merely hoping to appease those already satisfied by this current trend…and nothing else. And yet, the distinctly-minimal visual style and throwback design to regions defined more by their rigid square/oblong shape and similarly oblong floating platformers could be sufficient enough an argument it’s all the game has to offer. Especially when Kunai’s gameplay almost rallies for its players to indulge in how easy it can be to chain together mid-air slashes onto simple one-hit enemies. Enemies whom may prove annoying, but whose placement is seldom defined by the complexity of their attacks or the intricacies of their design. Even the very means with which you move about its world (unsurprising it might be to hear that Kunai primarily revolves around an implied absence of humanity, whereby robots and machines are now the ones devolving into petty tribalism of red and blue) aims to be more about how swift and delightfully-so the game’s movement can feel. 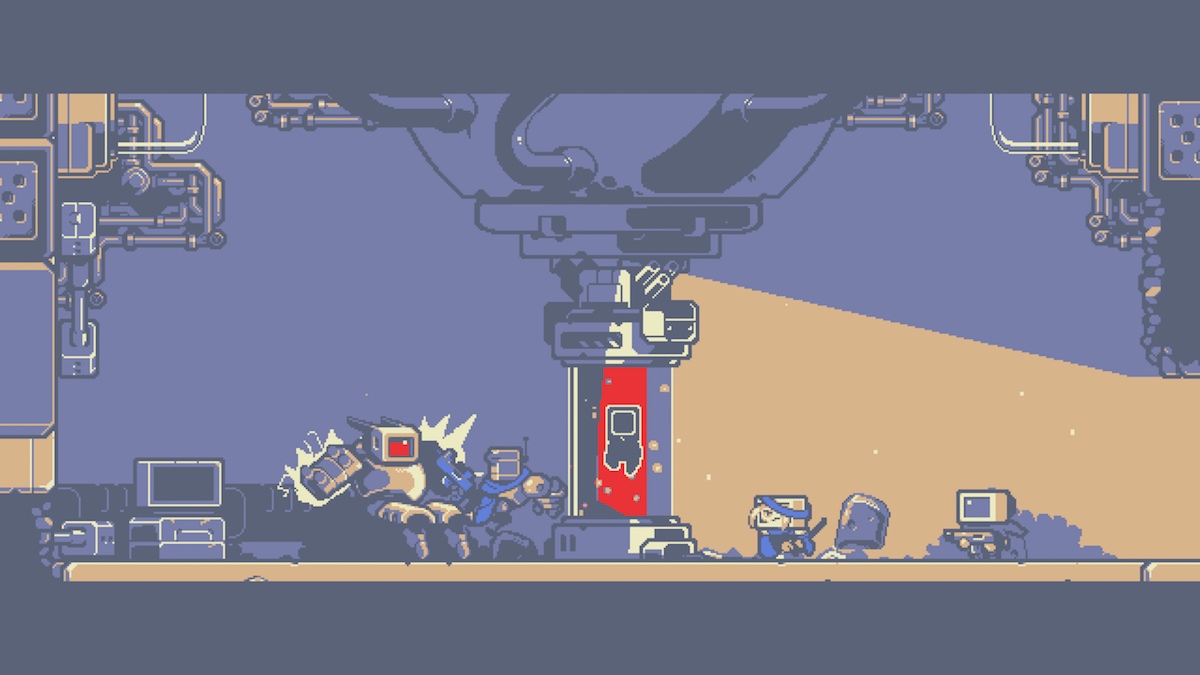 Of course, with a name like Kunai — and the game’s monitor-for-a-head protagonist stylized as that kind of dexterous “chosen one” saved/rescued from what looks to be some kind of rejuvenation pod in the story’s introduction — that approach is obvious. Why name yourself after a weapon commonly associated with ninjas if there isn’t some significance to maneuverability and how swift one can be in doing so? The bigger question remains though: is the game’s lack of a lush pixellated world to invest in detrimental to the time invested? Not that we should be using the artistic choices of other games as a measure or figurative bar of such, but given the clear hearkening to the NES/Game Boy period — its flat, muted color palettes and rigidly oblong level design — as elaborate or as appealing its controls may be, what is there by way of visuals? Will this aesthetic have enough, if not on presentation than at least in other departments, for the overall package to last?

Hard as it is to speak beyond what we’ve played of the game thus far in the past, as far as the literal opening period goes, that concern doesn’t look to have surfaced. It’s the ease of accessibility and that similarly nostalgic hook on NES-period gameplay that manages to keep the questions on Kunai‘s other aspects at bay. At bay, but not answered for. Specifically how there remains still a challenge, upon acquisition of a key item early on, on hooking onto walls and how, being honest, it’s genuinely fun to chain together. A vital part of how players will navigate Kunai‘s environments; if your character’s kunai hooks can reach, you’ll find the ease at which you can zig-zag up vertical shafts and latch onto nearby platforms/walls, a simple yet pleasant distraction. 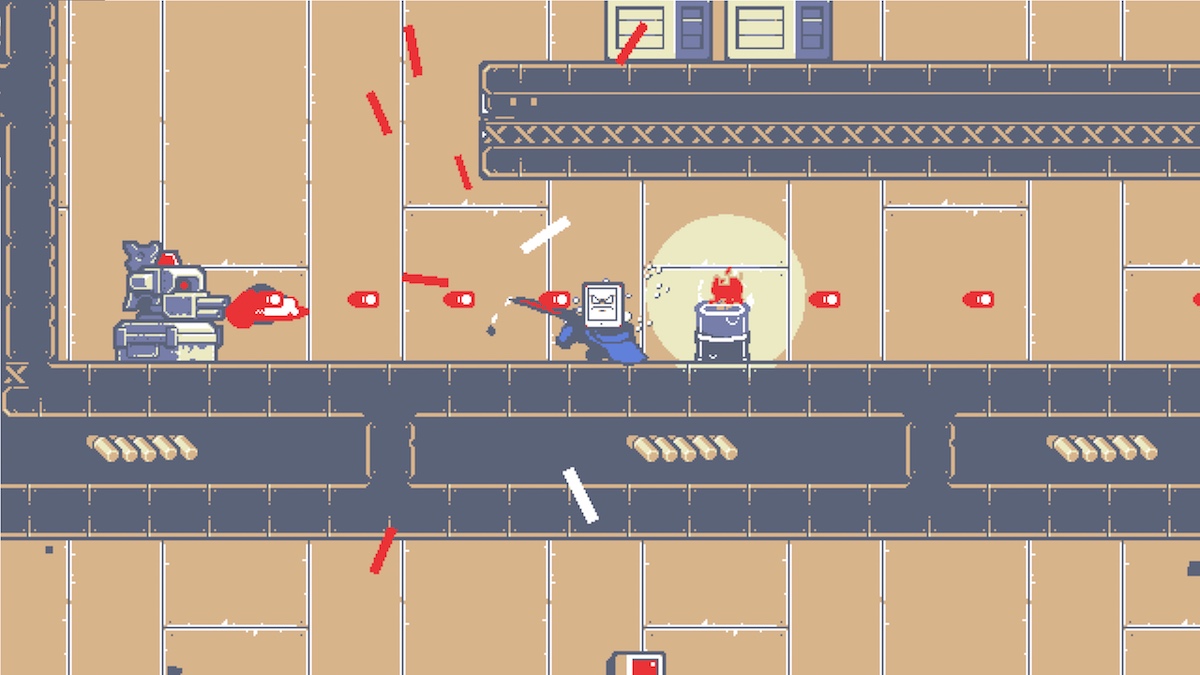 Most importantly, it doesn’t take long for this ability to become second-nature to the player and thankfully this eventually plays a crucial role in battling against the other autonomous, mechanical bosses. The one notable encounter which rounded off demo builds, requiring players to make use of the temporary floating platforms formed so as to strike as our foe’s head before both platforms crumbled away and the boss was able to revive a circulated shield protecting it. Kunai, based on what little reaches we’ve explored, might not pose that much of a challenge when coming up against its variance on lower-level grunts, but it’s welcome to note that its major boss encounters might well rectify that supposed lax in difficulty. Striking a balance between quick reflexes and precision strikes, all the while making sure to avoid the recurrent pattern of projectiles and respawning enemies that are all too familiar to anyone whose indulged in one of the many Mega Man entrants.

But is this then a case of appealing to the yesteryears? Is the potential indifference to artistic variety, level design and maybe enemy complexity something that will prove a negative? Despite how seamless and smooth the flow of your character’s movement can feel when using those trustee kunai tools? Whether or not this is indeed a case of a game trying its best to shine on the feel of its controls and the playfulness you can harbor on simply moving about the world, there will eventually come a point when TurtleBlaze’s overall design and focus on the environment they want to carve out will come to the forefront. At the very least, Kunai has something going for it in regards to player movement. Using that effectively in the context of boss battles especially, of asking players to figure out the route to success, as much tackling said route on its own. How will that potential reliance on gameplay, at the potential cost of the aesthetic, play into proceedings? If all else fails, the frantic, zig-zagging allure of movement has had me wanting to return — that at least, stand-alone, warrants a further look. Kunai will be available for both PC and Nintendo Switch on February 6.