Since its first iteration, Animal Crossing has been a series that contained hundreds of furniture and clothing options for players to collect. This included many crossovers with other Nintendo properties like Mario, Zelda and of course the many original NES titles seen in the GameCube original. Since then Animal Crossing has expanded its crossovers with more Nintendo properties and even reached out and included third-party goods in New Leaf. This wasn’t even limited to video games, as Animal Crossing has seen distribution of items related to Hello Kitty, the 7-Eleven chain and more. With New Horizons seeming to offer bigger and broader options than ever before, let’s take a look at five video game related crossovers that this new title could include that hasn’t yet been done before. 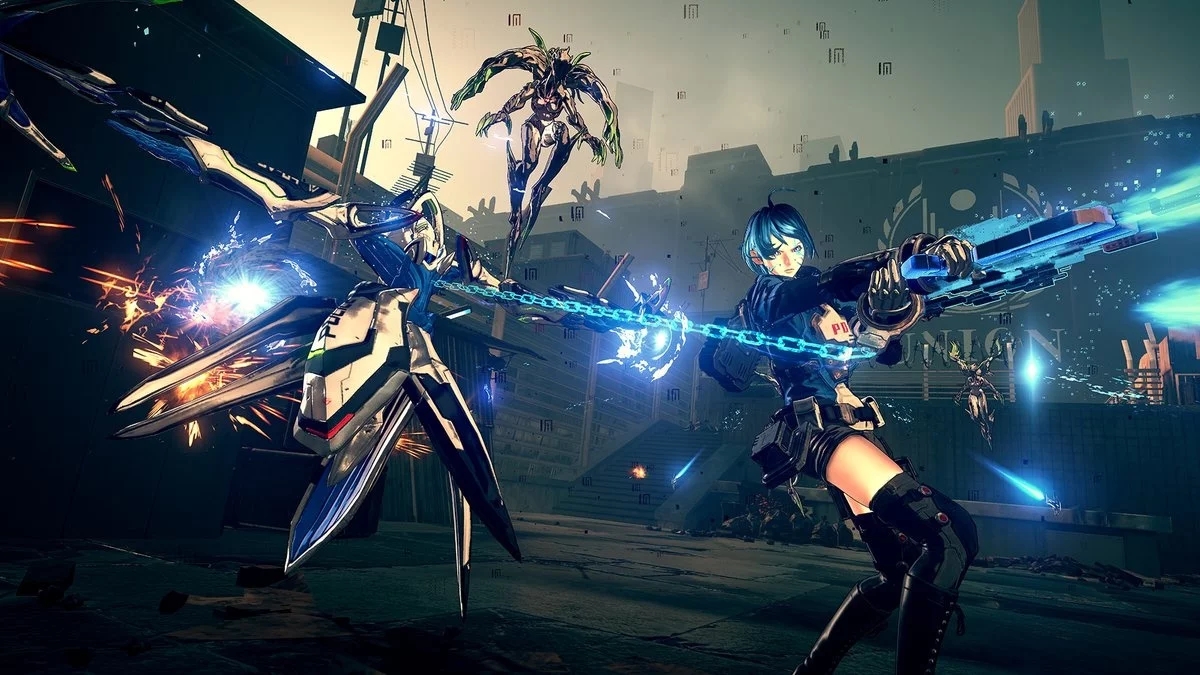 Astral Chain was 2019’s brand new Nintendo IP that was created with the help of Platinumgames. This crossover would make a great way to get some awesome futuristic-styled furniture in addition to some great talking pieces and new clothing. Villagers could wear the official police uniform with matching wigs for the two main characters. Furniture could include replicas of the Legions players use in-game and even a cat or two to match the ones scattered around the city. Other furniture could be set up like the main police office, complete with a maintenance station to clean up legions later. If they included a brand new villager like we saw many crossovers do in New Leaf, it would likely either be an Akira or perhaps Olive with a fitting pink animal to match her hair. 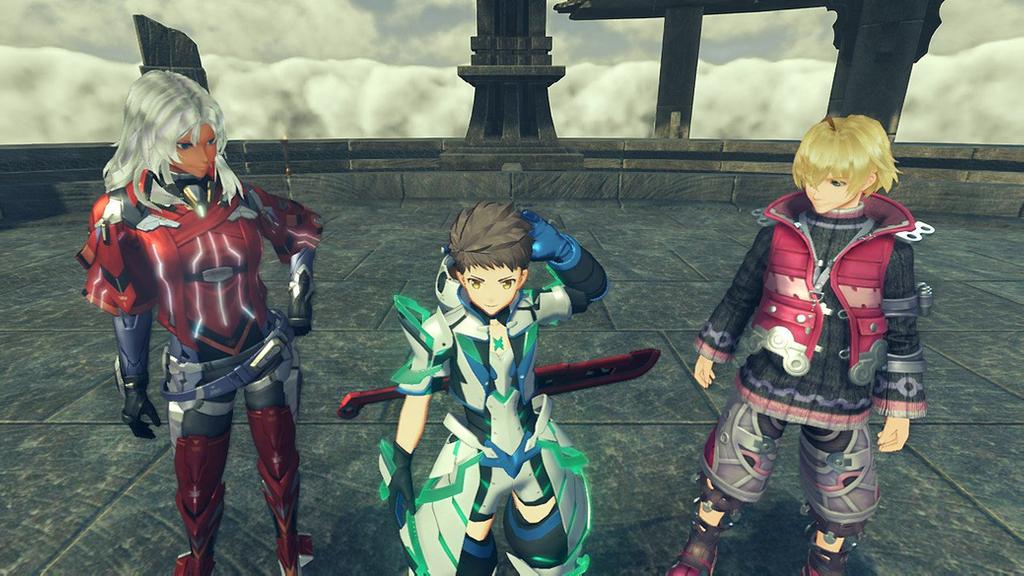 Xenoblade Chronicles has become one of Nintendo’s most recognized RPG series following the massive success of the sequel. This crossover would likely see a variety of clothing made to look like the main protagonists of the three titles, in addition to their iconic weapons being made into furniture. From the first game they could include Bionis or Mechonis figures, X could have Skell furniture and Xenoblade Chronicles 2 could feature some of the titans in unique ways to make a wild fantasy room. Were they to add a villager, Shulk seems most likely given that he’s more or less the human mascot of the franchise although Elma or Rex would make great alternative options too. 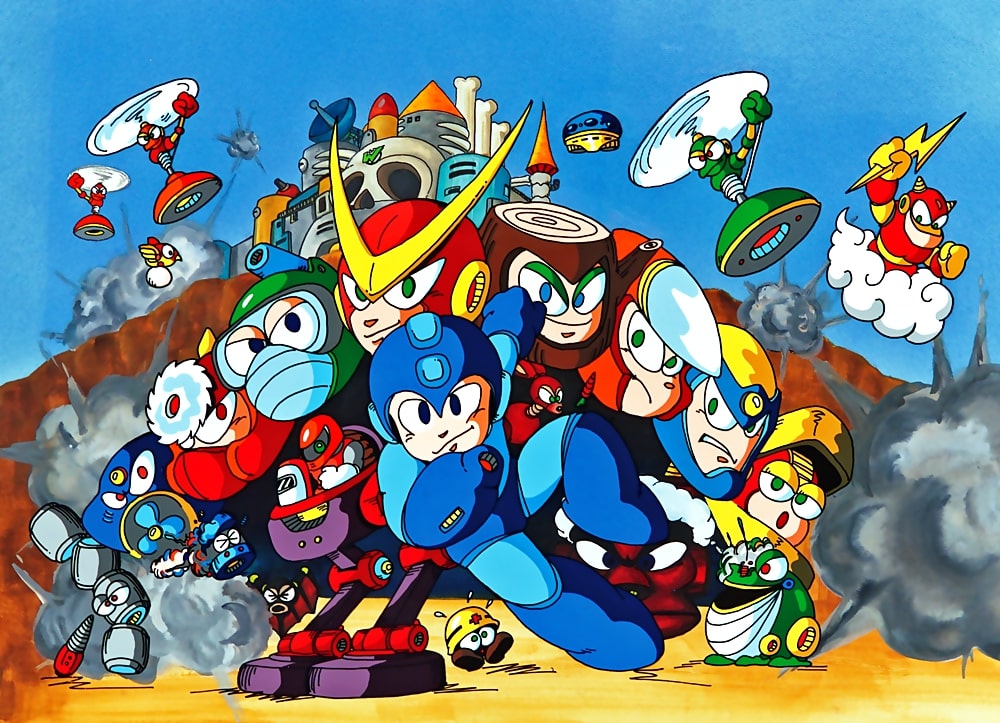 In Animal Crossing New Leaf players got the chance to collect some cool Monster Hunter furniture and even a villager if they had the corresponding amiibo, so it feels almost natural that the next step would be to include the iconic blue bomber. This set would include a full classic Mega Man outfit with a matching Roll set for players to wear. Furniture could be delightfully 8-bit styled with an E-Tank, 1-up Head, Rush replica and perhaps some machinery out of Dr. Light’s lab. A cool bonus could include the Wily Capsule or perhaps a Doctor Wily that apologized when moved. An easy villager addition would be Rush himself as a red dog with a personality that’s always ready to help others. 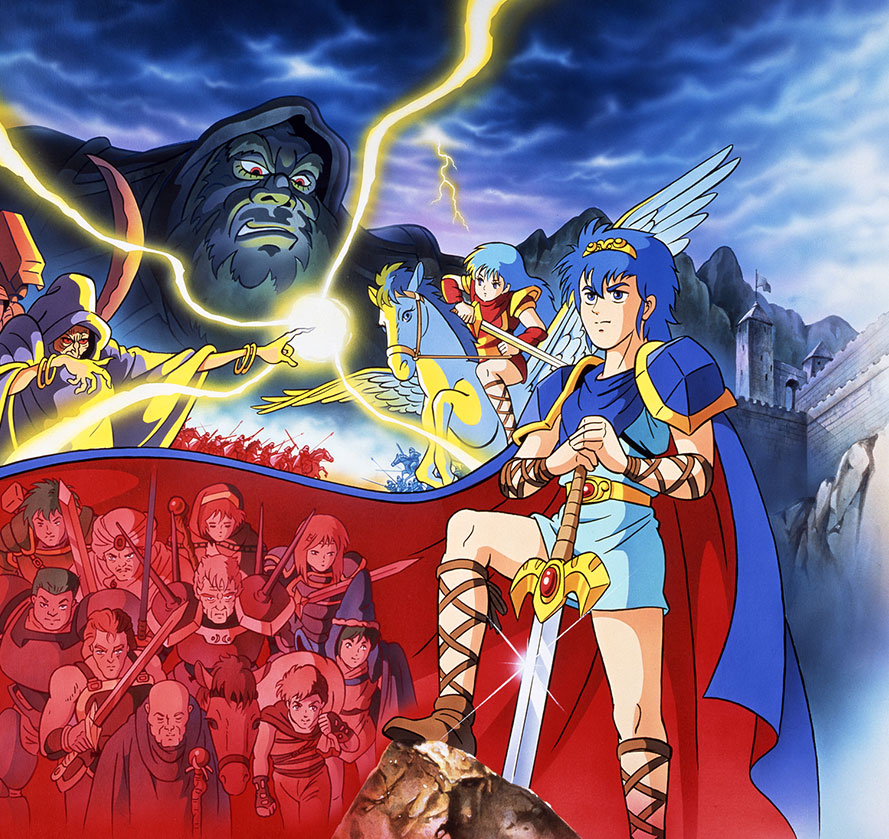 Despite being a huge long-running Nintendo series for years, Fire Emblem somehow evaded having any crossovers with Animal Crossing to date. It could be in part to the large cast of characters and varied games, but given its recent popularity it makes sense to give it more time to shine with cameos. The Fire Emblem itself could be a focused piece of furniture, in addition to a representation of the weapon triangle and perhaps some retro enemy and soldier fights from the classic NES games. Since it’s recent, it would likely feature some Three Houses crossover with perhaps furniture to make a classroom or flags from each of the main houses and church to show who their favorite is. Although not the main characters for every game, if there was a relevant villager chosen it’d more than likely be Marth or Ike due to being iconic and extremely popular respectively. 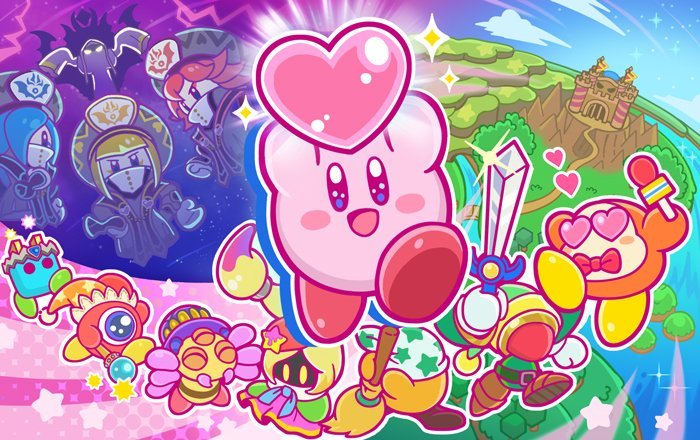 This is another one that almost seems like a no-brainer, but hasn’t yet had an official appearance in Animal Crossing. Kirby would be the most delightfully colorful and brightly-colored crossover, including star and cloud-filled decorations with a heavy emphasis on food and probably some iconic enemies. Some key items like King Dedede’s hammer, Meta Knight’s mask and sword and Kirby’s warp star would be easy ways to pull a room together with a cutesy atmosphere. Put in a Waddle Dee or two, perhaps Wispy Woods and it’d be the perfect setup. Kirby hasn’t typically been much for talking outside of Poyo or the occasional Hi, so if there were to be a villager representative it’d likely be King Dedede as one of the penguins with a sassy yet lovable attitude.

There are simply endless ideas that New Horizons could take on as crossovers, many of which we hope to see come in from the mobile title Pocket Camp like Pokemon and Splatoon 2 that were outstanding additions that players loved working towards. It’d even be cool if these were added back through the fortune cookie mechanic in order to make them rare to get, perhaps earned through the new Nook Miles mechanic. With just a little over two months to go until release, we’ll soon get to see just what’s in store for Animal Crossing: New Horizons but we hope there’s a ton more to collect, whether or not it’s from a crossover or simply the team putting some brand new slick themes into the wonderful island life awaiting us.